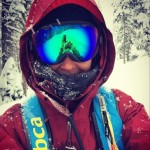 I won’t start hiking along the PCT until mid-to-late April, but there’s already a lot to do to get ready. Mostly it’s: GEAR GEAR GEAR GEAR GEAR GEAR GEAR. Things can get pretty out of hand when preparing for a five to six month hike. People get really obsessive. I find the task of assembling gear for a thru-hike to be pretty tedious and so I’m procrastinating. Seriously – watch the “Get The Gear” episode on Portlandia. This is what can happen.

I can afford some procrastination with all this because I’ve already got the Big Three items that make up the bulk of a thru-hiker’s base weight, and the items that seemingly warrant an epic amount of late-night internet searches, detailed discussion on Facebook groups, and arguments among friends. The Big Three are: backpack, sleeping bag, and tent. If you have a heavy Big Three you’re just making life harder for yourself for no reason, so it does actually matter what choices you make here. My personal choices are listed as follows, and no, I don’t want to argue about their pro’s and con’s any more.

I’ll be spending the rest of the winter tediously curating the remainder of my PCT gear collection and I’ll update you all once more once I have a final pack assembled. (Yay?) I’ve got some of the stuff I’ll be using already – for example, a Therm-A-Rest Neo Air XLite Sleeping Pad, a Sawyer Squeeze Water Filter, a Jetboil Zip Cooking System, and one pair of the four or five pairs of running shoes I’ll need – I’m wearing La Sportiva Ultra Raptors. Much more remains to be painstakingly researched, purchased, and assembled…

Abby is an accomplished thru-hiker, wilderness guide, and environmental advocate. She hiked the Appalachian Trail in 2011, the John Muir Trail in 2012, the Wonderland Trail in 2013, and the Pacific Crest Trail in 2017. She lives, works, and explores in the Mountains of New Hampshire and the coast of Maine. She works as an environmental policy consultant as well as a backcountry ski guide, sea kayak guide, and hiking guide. Abby blogged for the Trek during her 158 day thru-hike of the PCT in 2017.