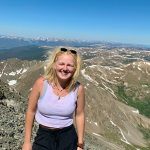 Few people have hiked the Pacific Crest Trail, Continental Divide Trail, and Appalachian Trail. Known as Triple Crowners, those who carry this title are known throughout the trail community. Barney “Scout” Mann is part of this exclusive group.

However, not only has Scout walked mile after mile on long trails around the United States, but he has also focused on community development within the trail systems. He is the sitting board president of the Partnership for the National Trails System. He is an author and a trail angel near the Southern Terminus of the PCT. 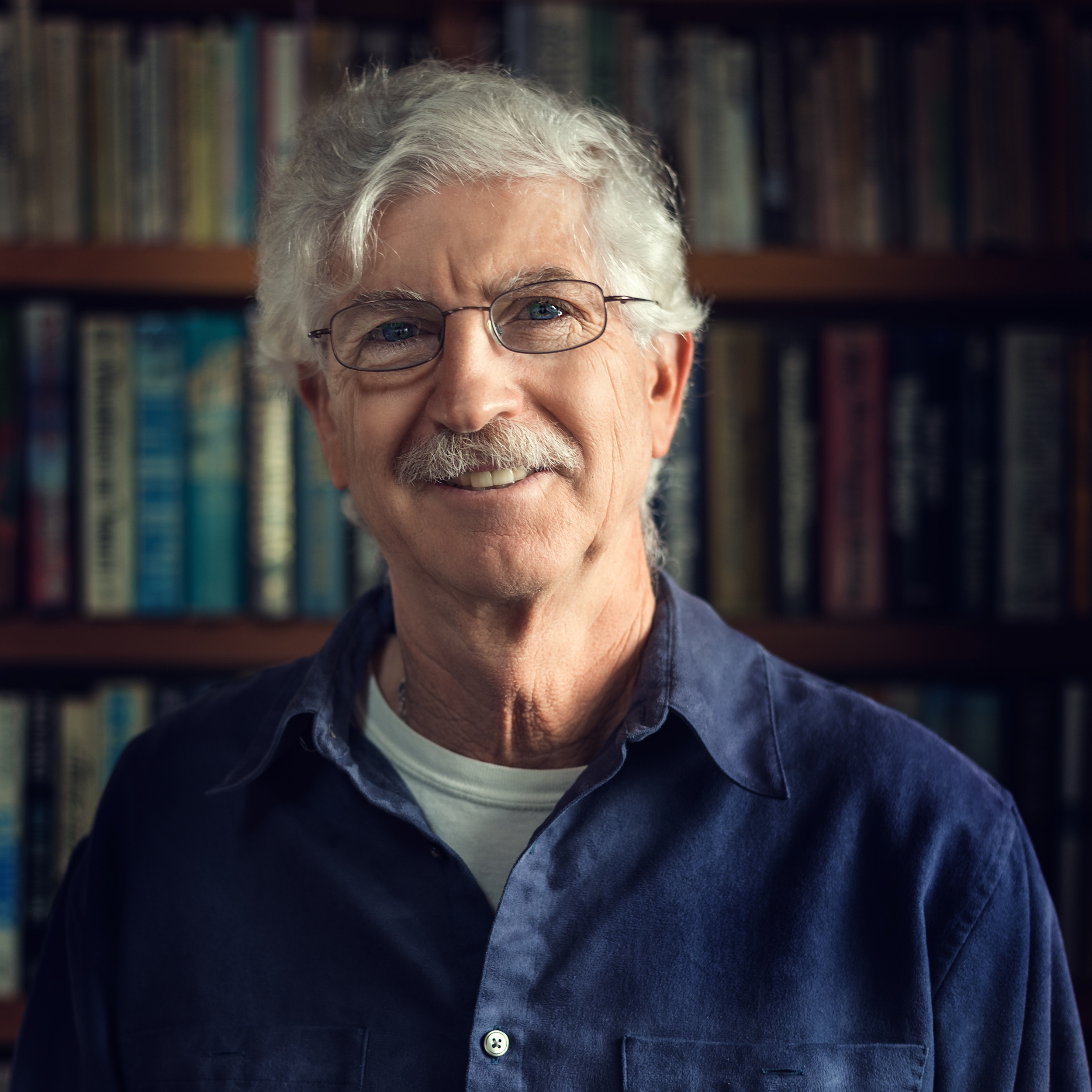 His new book, Journeys North: The Pacific Crest Trail, is a telling story of the mental, emotional, and physical grit needed to endure the PCT. It has been named one of four finalists in the Banff Film and Book Festival’s Adventure Travel Book of the Year category.

I had the opportunity to discuss Scout’s personal relationship with the trail as one who has walked its path, reflected upon it through storytelling, and served as a trail angel with his wife and trail partner, Sandy Mann (aka Frodo).

Interview edited for length and clarity.

When did you first start backpacking? 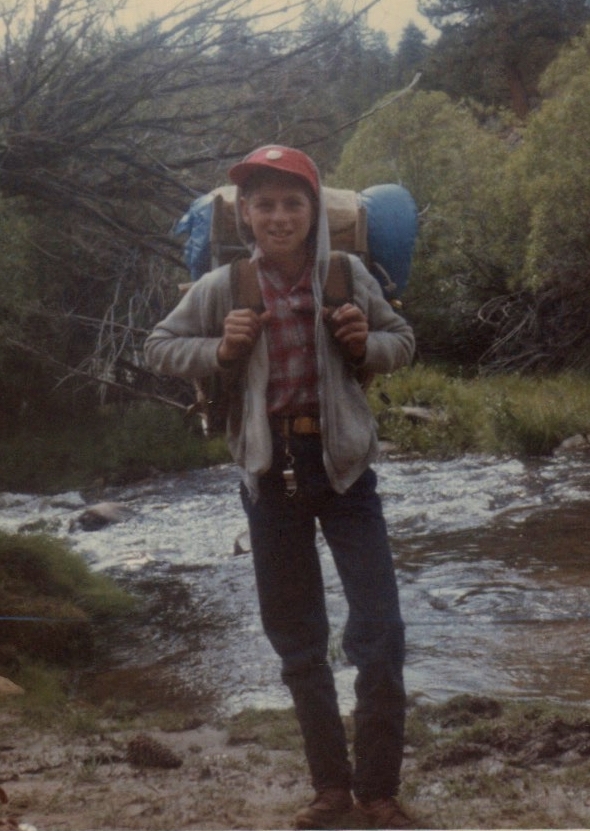 I was 13 when I went on my first 50-mile trip with the Boy Scouts. I was always the smallest in my class, with my backpack weighing more than half my weight. But out there in the wild, all that mattered was that I kept up. I did hold my own and fell in love with it right away.

How has the PCT community changed since you started hosting hikers in 2006?

It’s night and day difference in so many ways, but some of the most important things haven’t changed. Each and every hiker knows that they are starting this iconic adventure, each one can still feel that this is so amazing and unique and different.

Just the sheer number has changed. Seventeen people stayed with us in 2006. And last year, 2019, we had 1,200 and some odd stay with us in an eight-week time span. The year we thru-hiked, 2007, maybe 300 total started with the intention to thru-hike and these days in less than a week that many people will start. 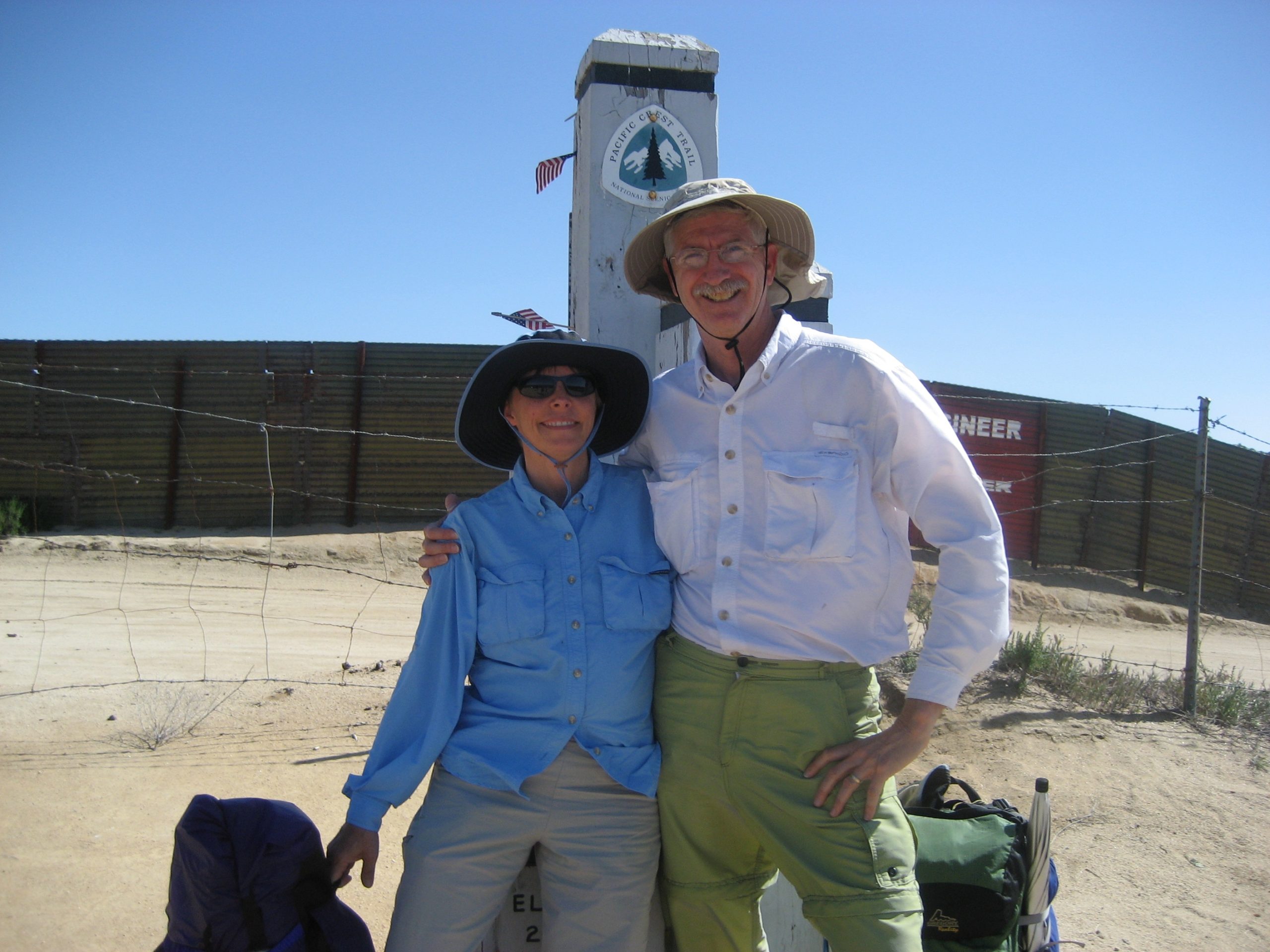 Scout and Frodo at the start of their PCT thru-hike in 2007.

Another real change has been the whole digital and electronic aspect of the adventure. Fifteen years ago, we all cut up chunks of the guidebook and you were embarrassed if you were carrying a cell phone.

Another change I have noticed is the percentage of internationals on the trail. In the first ten years of the 21st century, maybe five out of 100 or less were international. Today it is more like 30% or more. At Frodo’s and my house, we can have 35-40% of the people that stay here be international. We’ve had people from all over.

The next change I’ve noticed is the number of women hiking the trail. Anecdotally, I’d say 25-30% of PCT thru-hikers are women nowadays in comparison to more around 5-10% when Frodo and I thru-hiked the trail in 2007. Lastly, there is also a higher percentage of couples on the trail these days.

What lessons have you and Frodo learned from being trail angels?

After dinner discussion with Scout and Frodo.

How absolutely wonderful and amazing people are.

One time, for instance, we had a man who broke a tooth and he didn’t know what he was going to do. Next thing you know, you have someone helping him find the resources he needs and by the end of the day, he’s ready to hit the trail.

These people come into our home as total strangers and go out the next morning often already with a trail family so early on in their adventures. All the time Frodo and I receive emails about friendships that formed on our property, even a woman meeting her future husband.

There are also people who come with many questions, which I perceive as opportunities to help. More than a third of the 2008 PCT class stayed at our home. That means that Frodo and I have this real possibility of positively influencing trail behavior. So after dinner every night we have a talk with those staying at our house. Much of that is laughing and getting to know each other but we discuss Leave No Trace, safety concerns, and being a trail ambassador.

Mainly that Frodo and I really hope that everyone will be able to safely go out on the trail. We know it’s up in the air right now and our hearts go out to all of you aspiring thru-hikers.

It was devastating to have to make the decision to end this past 2020 season due to obvious reasons. We figuratively held so many hands via email and we already had hundreds of packages here at our house. We empathize with those with this incredible dream that came to an abrupt halt.

Is there one main takeaway readers should look for in Journeys North?

I want readers to walk away feeling better about themselves. Look at how human these folks are in Journeys North. Many are at rock bottom, these pretty amazing people. So it’s OK if you’re human at times, too, if you make mistakes at times, too, if things you’re ashamed of happen at times, too. And look at these people. There isn’t a superman among them yet they did this superhuman thing.

When people put down my book, maybe some time they will just go out their front door and go for a walk and they will find that it’s different and that there are different people out there. They will wave to their neighbors, some of them they’ve never met before and they’ve left behind all of these distractions that are constantly tugging at us. 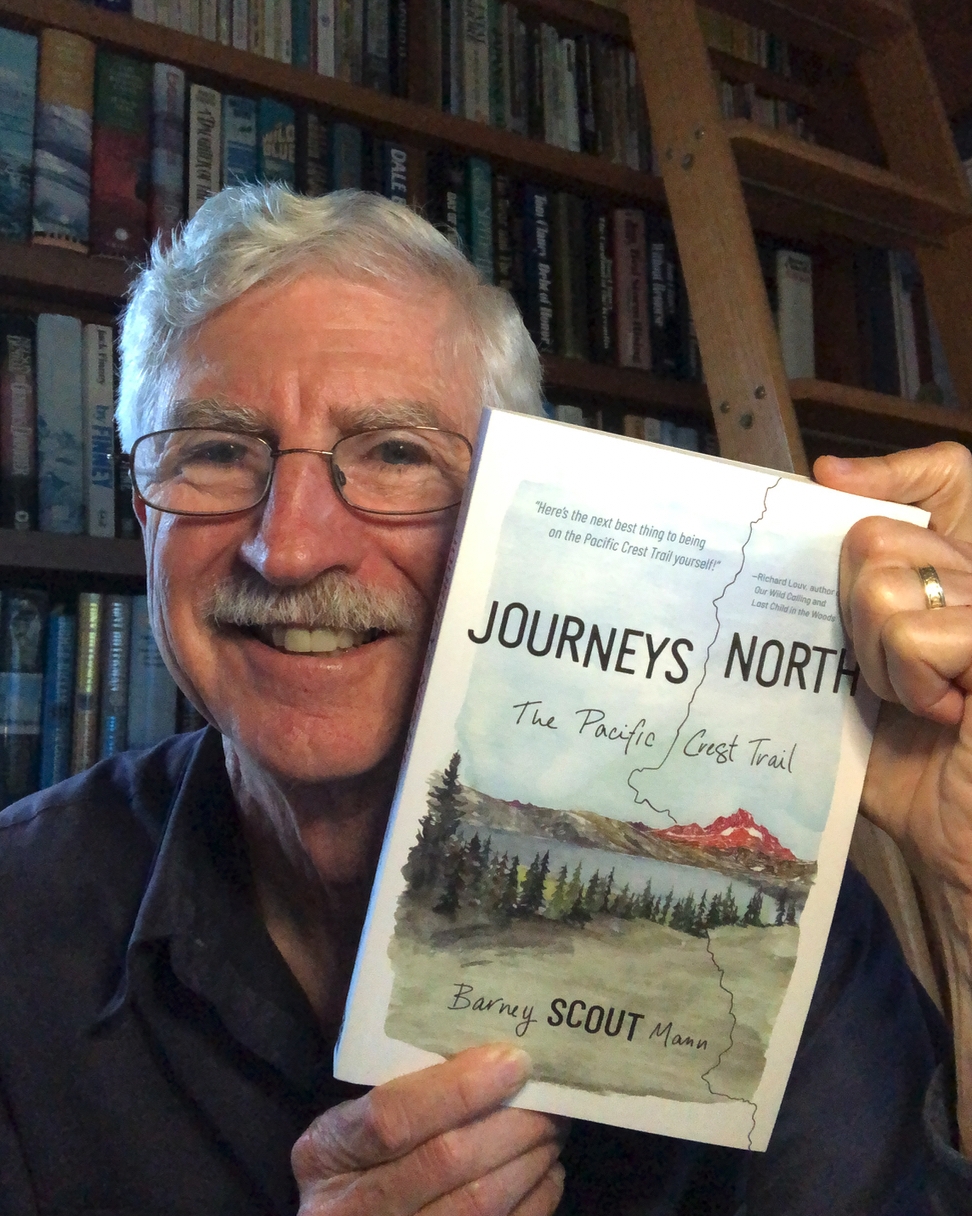 What do your relationships with trail friends look like now that you’re off the trail?

Almost anyone who I had even just a 10-15 minute interaction with on trail could call me out of the blue today and ask me a favor and I’d find a way to do it. You have people who are there for you and you are there for them.

Were there any recurring themes regarding your PCT, CDT, and AT hikes?

Joy and wonder.  No matter how different those trails were, at any moment something amazing is happening and the backdrop being it pain, it’s too hot or it’s too cold, I am still out here in this amazing environment.

I want you to look back over your last week, month, year, and ask yourself how often you have felt incredibly special. On trail, the entire time I felt special. Not in a conceited way, more that it’s just an adventure that few people get to do.

What is your advice for a first time thru-hiker?

For starters, the perseverance side of you has to be there when thru-hiking. A piece of you has to really, really want to do this. The flip side of that is you do have some control. By that I mean, find a way to fan the flames of that desire to trek. When you choose your first long-distance hike, the goal is you want to come off the trail saying, “Wow! That was amazing,” no matter how bad it hurt so that you want to do it again. Also, go with cool people, or by yourself because that’s cool too.

Also, one thing to increase your appetite for a long trail is, don’t feel that if you don’t do it now that that means you’ve wrecked your chances. Heck, I didn’t do my first real long trek until I was 55 and Frodo was 47. Our PCT hike is now 13-plus years ago and I could still sit here and tell you a story about every day on trail. At what other period in your life can you do that?

Where is the best place to buy Journeys North?

Amazon. If you want a signed copy you can go to https://www.barneyscoutmann.com. There is a simple form you can fill out and actually right now it is the same cost as the Amazon version. 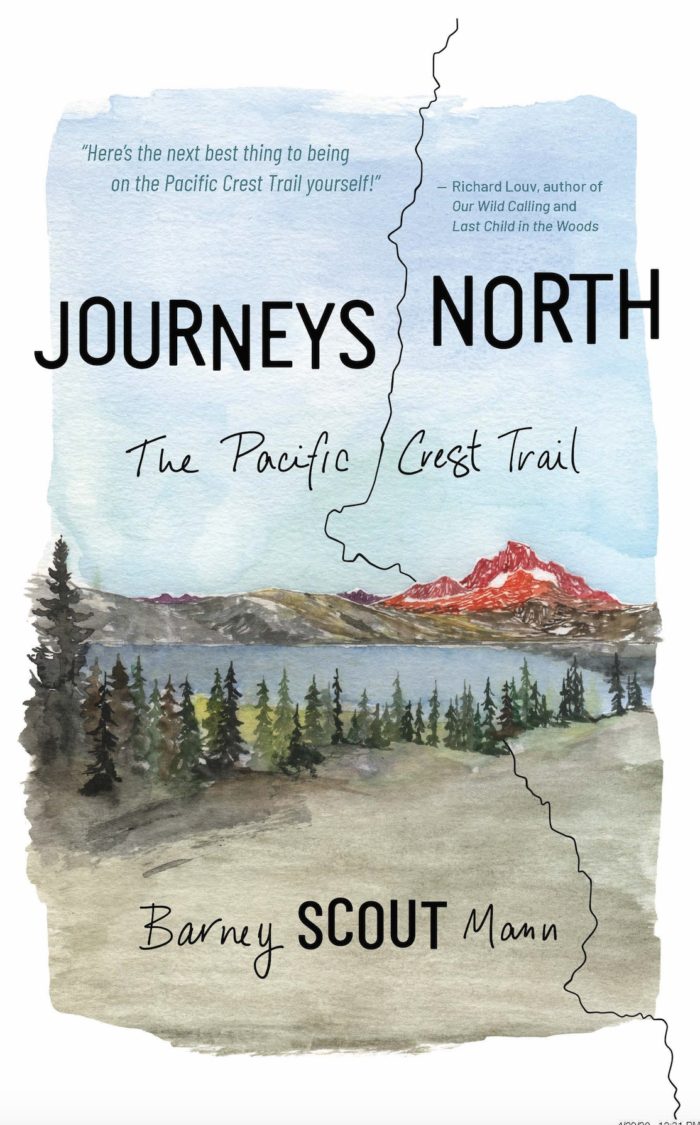 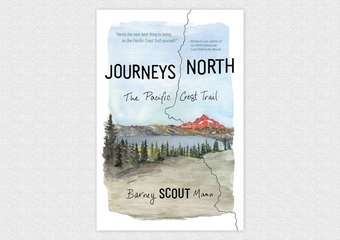 [Book Review] Barney Scout Mann's PCT Memoir Among the Best of the GenreBarney Scout Mann is so ingrained in trail culture that there aren’t quotation marks around his trail name on the cover of his remarkable new memoir, Journeys North: The Pacific Crest Trail. Ten years in the making, Journeys North is…Read More

All images, including featured image, courtesy of Barney “Scout” Mann.