In a high snow year, the trail can be next to impossible to find. There could be feet of snow or pond-like amounts of water covering entire switchbacks of trail. This means you have to search for it and/or footprints left behind by previous hikers. Or point your Guthook Guides GPS and walk straight in the direction of where the trail should be. Usually it’s a combination of all three tactics. Glen Pass was no exception to these rules. 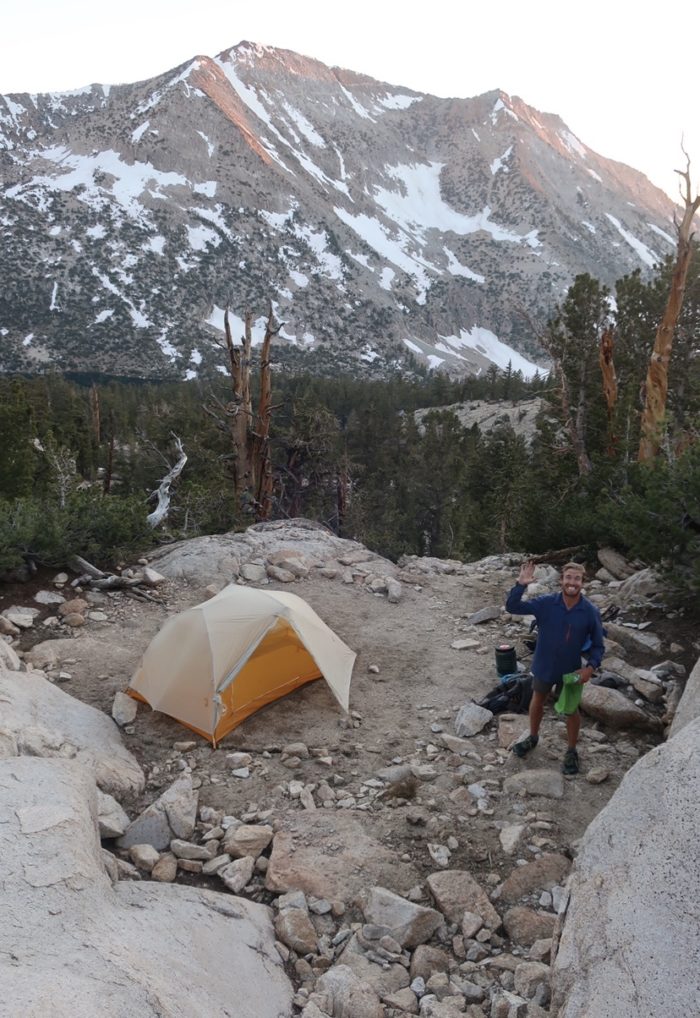 Our sweet tent site before Glen.

We camped 1.2 miles from the summit of Glen Pass and woke up ready to kick his butt. Unfortunately, it kicked ours instead. The trail was nowhere to be found from our vantage point, resulting in 1.2 miles in a whopping one-hour time span.

Standing at the top of the pass you could clearly see the boot trail and the actual trail. We wish we could’ve seen this from down below. On the way up we passed a beautiful snow-covered lake. 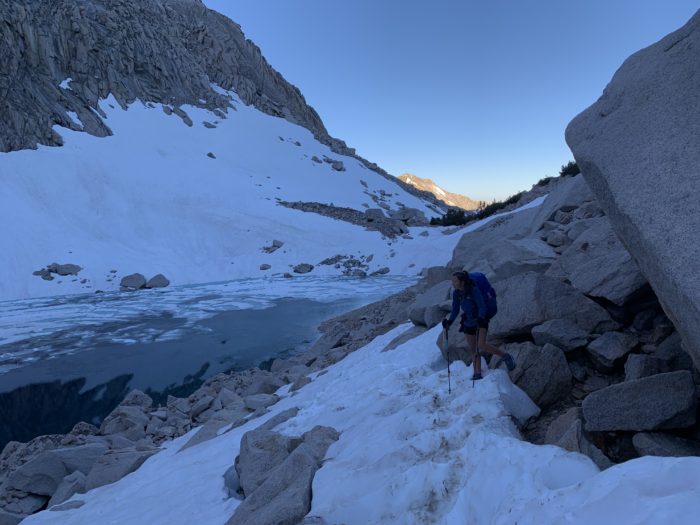 We climbed from rock island to rock island with the slowly rising sun behind us. This ascent was taking much longer than it normally should and we knew it. We climbed and climbed until we reached the summit. 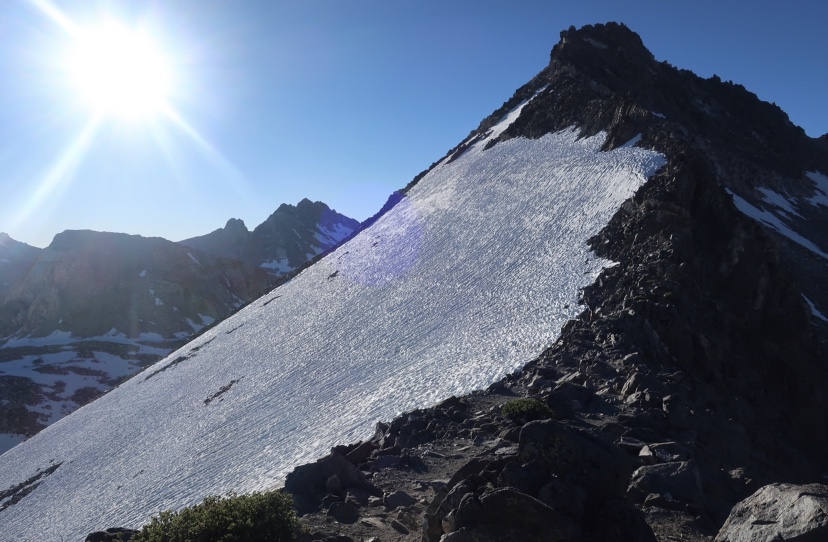 The view of the descent from Glen Pass.

Once on top we took in the views and quickly chose our route of descent. This would be the highest and farthest right boot pack. We chose this track due to the comments in Guthook Guides informing fellow hikers this was the safest route down. 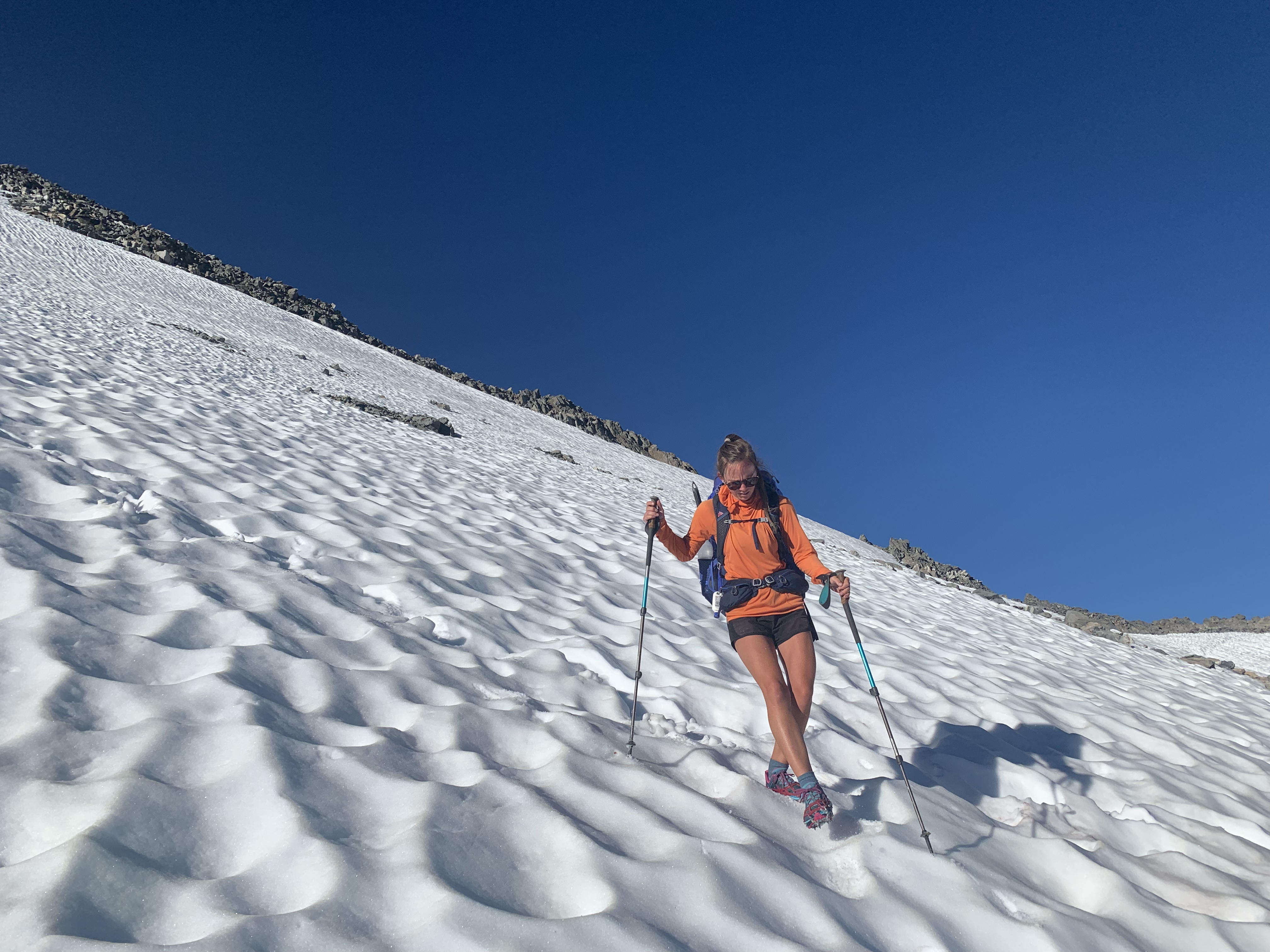 We passed several others who chose other routes down. This solidified our decision (thanks again Guthooks). A glisade to the bottom finished off the mornings snowy section. 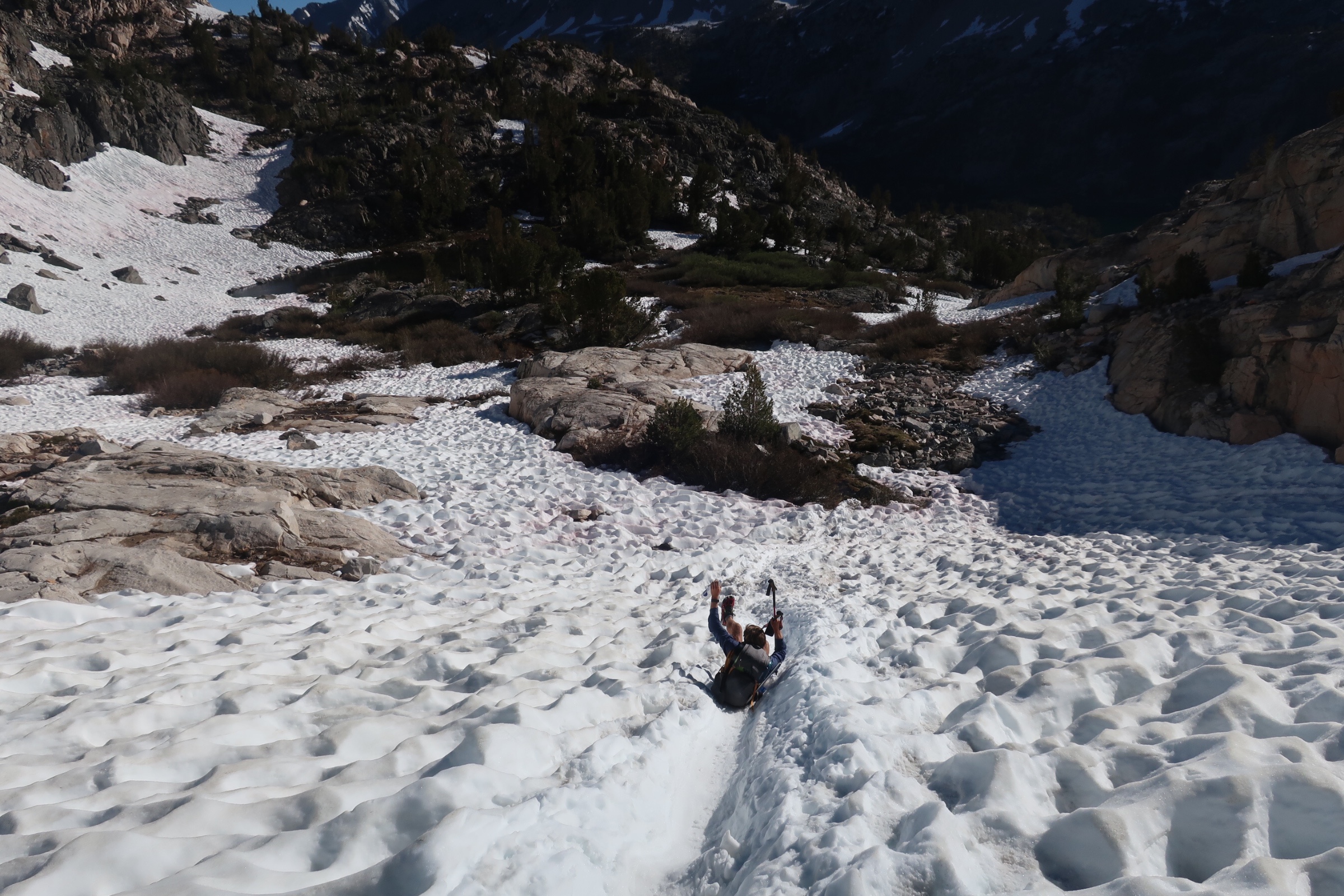 On this particular day, we had decided to hit two passes in one day to make up some time. Before we could start our next pass, Pinchot, we had to first descend into a valley, hit the 800-mile marker, ford multiple water crossings, and then head back up out of the valley and into the snow. 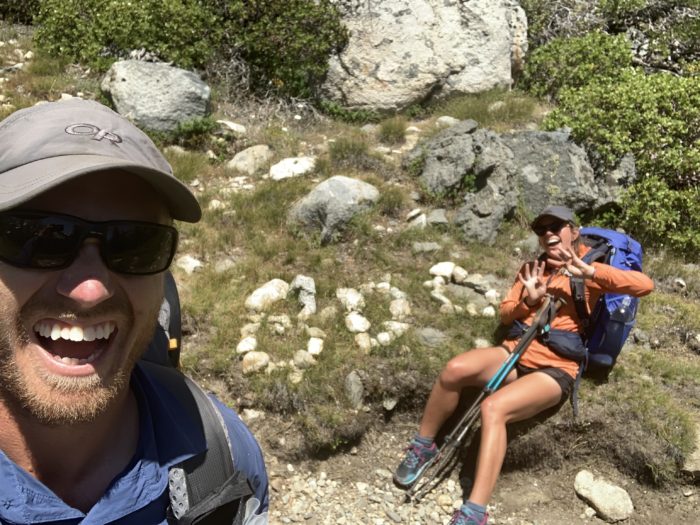 We counted five main water crossings between Glen and Pinchot, the biggest and most frequent was crossing Woods Creek. It was continuously flowing right over the trail. No dry feet for us! 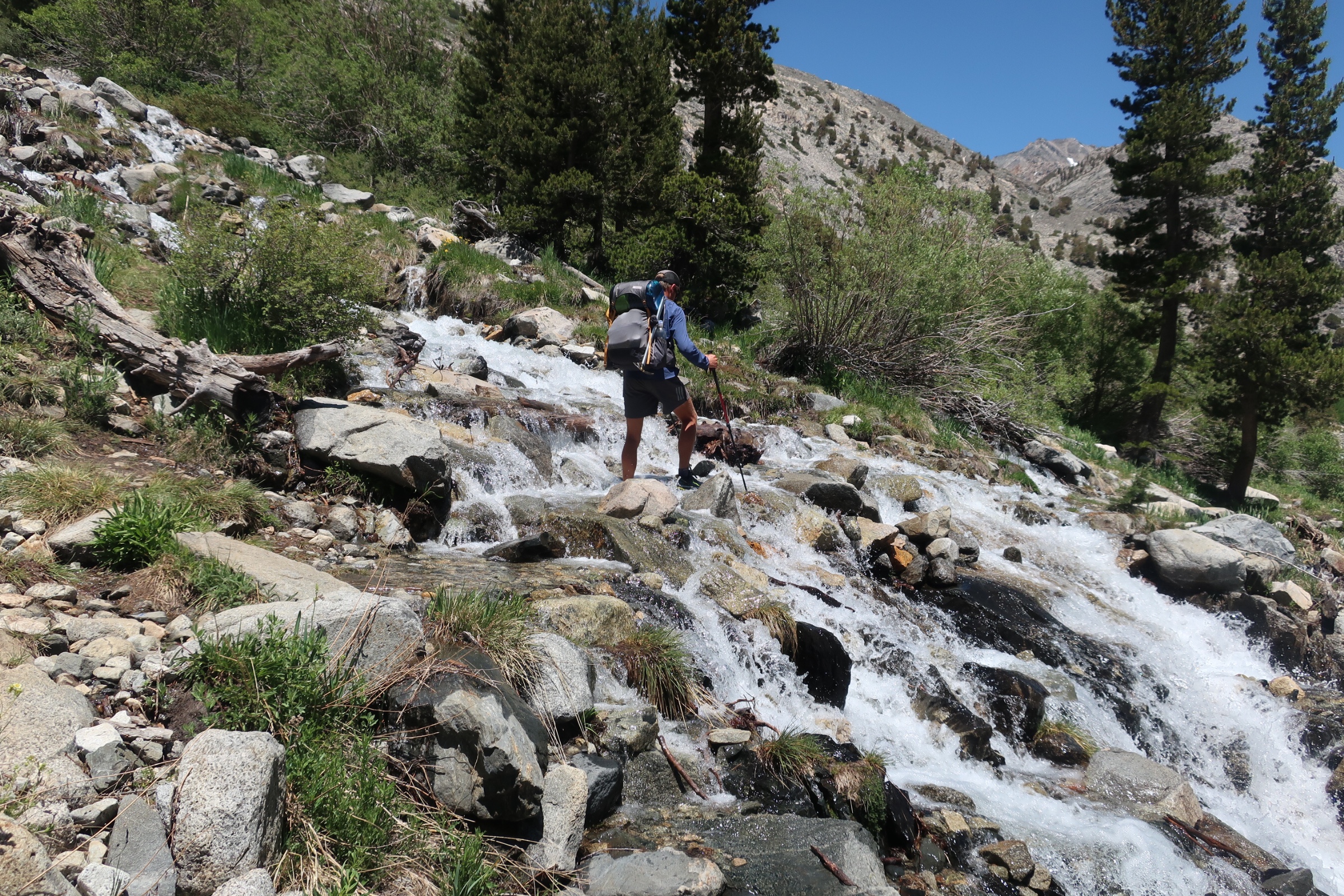 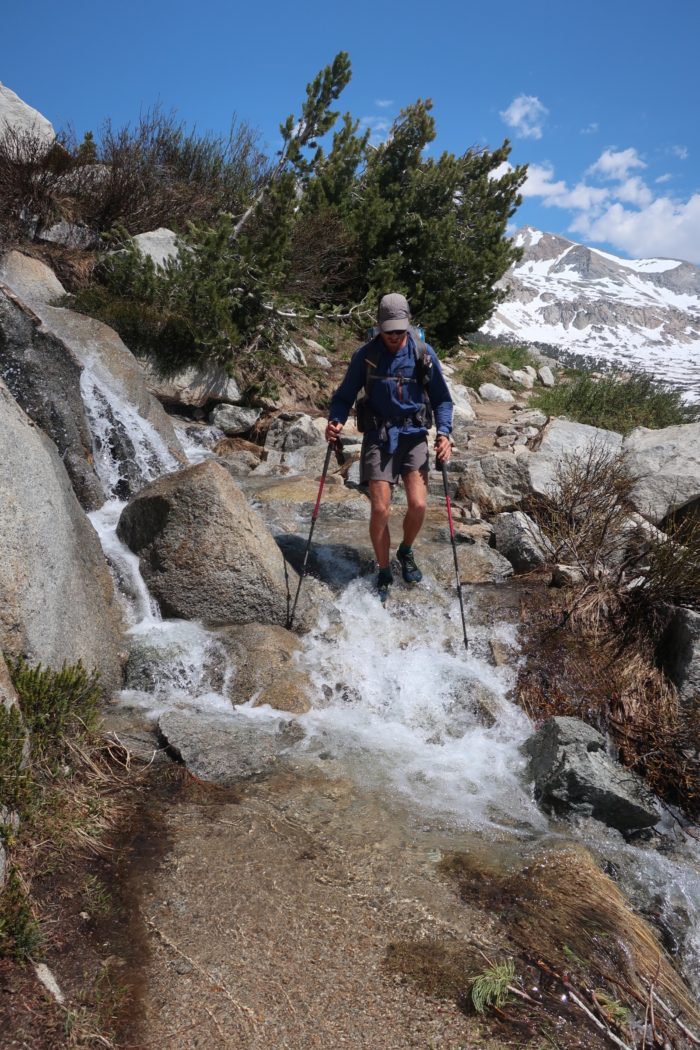 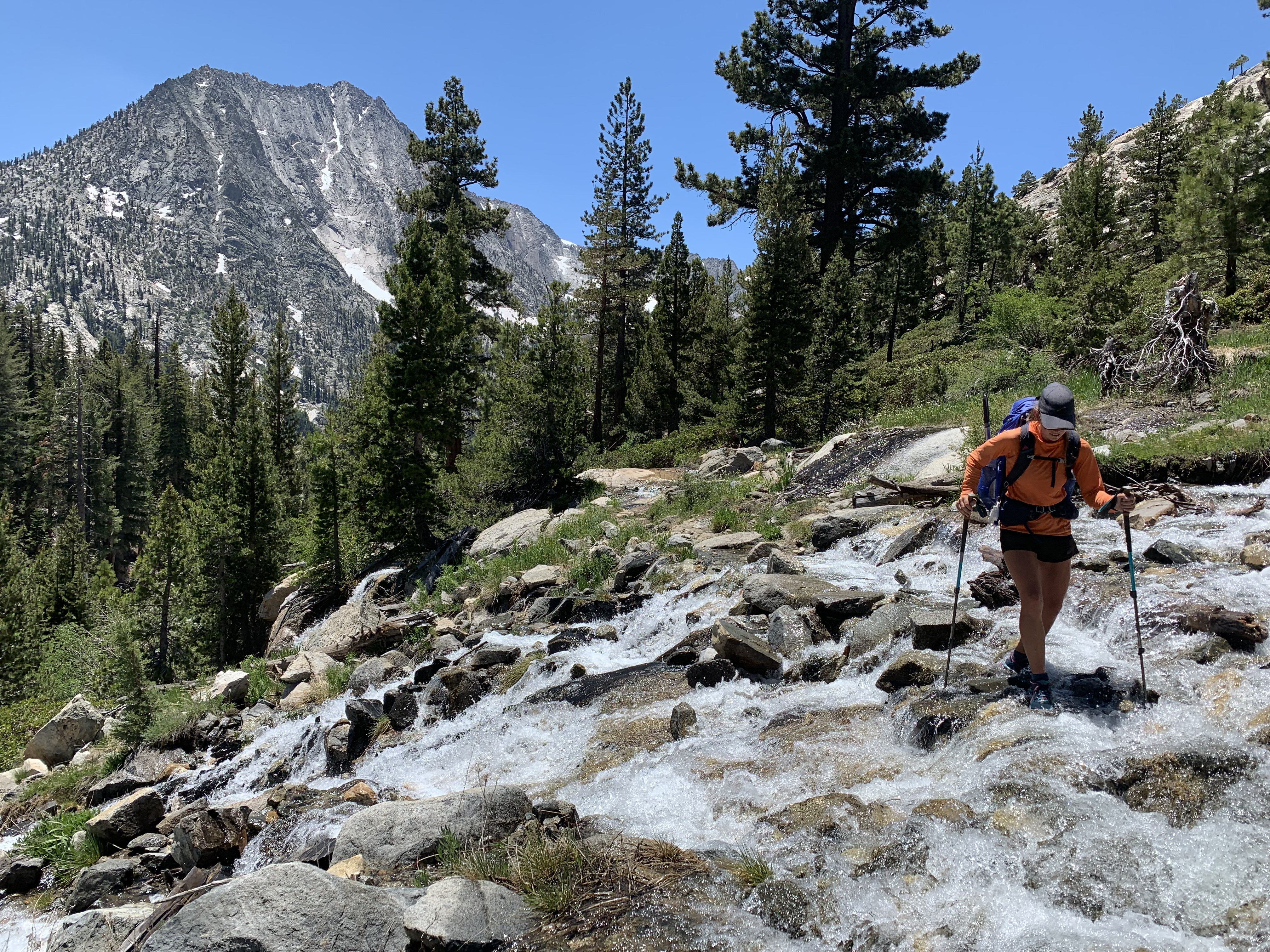 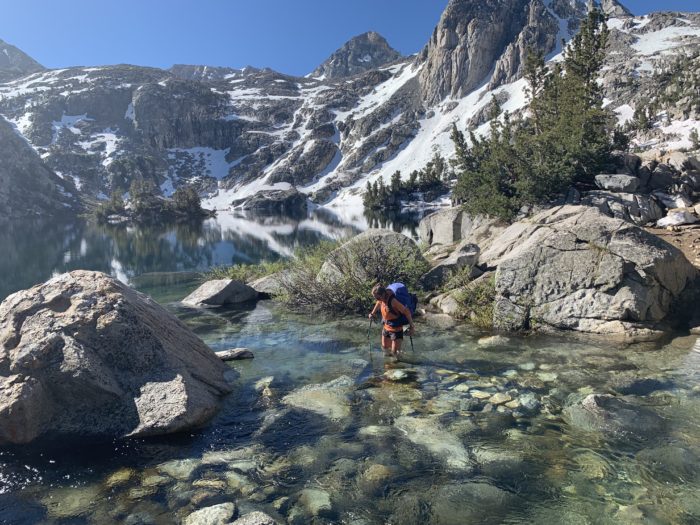 Then we were finally on our way back up toward the pass. There was snow and water everywhere and the trail was hard to find. Because we were doing it in the afternoon the snow was soft, mashed potatoes as we call it, and we were postholing everywhere. 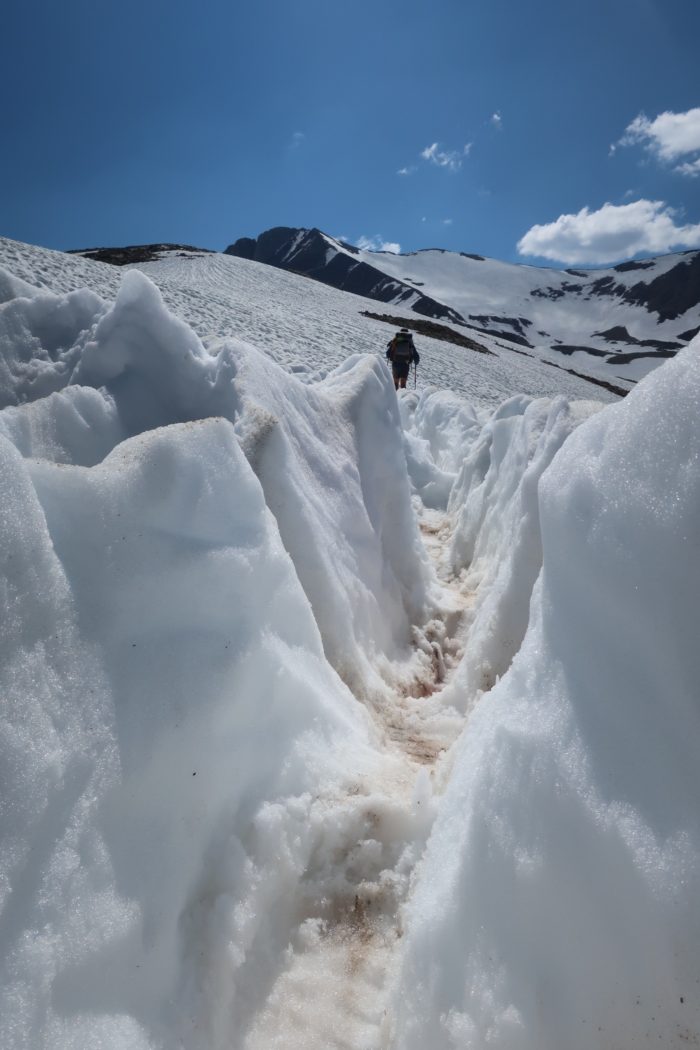 Cody went to cross a snow bridge (just like it sounds, these are bridges of snow over water crossings, but you never know how thick the snow is or how deep the water is underneath), he stepped out onto the bridge and we heard “pop, pop, pop!” He turned around and ran back just as the bridge dropped down into the water. He then postholed up to his thigh in snow with frigid water down below at his foot. 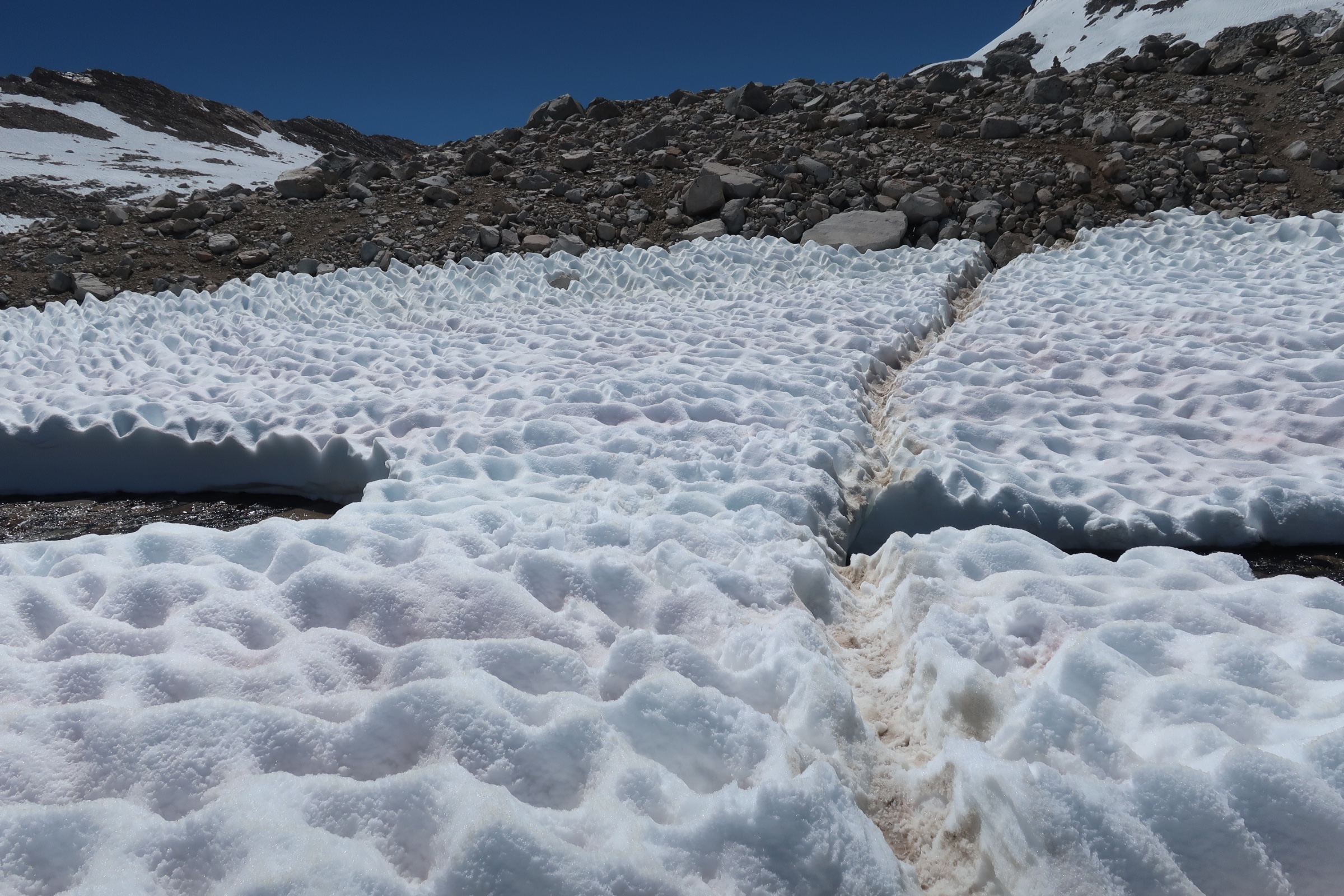 The snowy debacle didn’t let up and we even pulled out our ice axes to make it to the top of the pass. The ice axes, in this case, were used primarily because of how slippery and slushy the snow was and we wanted a little extra protection for the just in case. 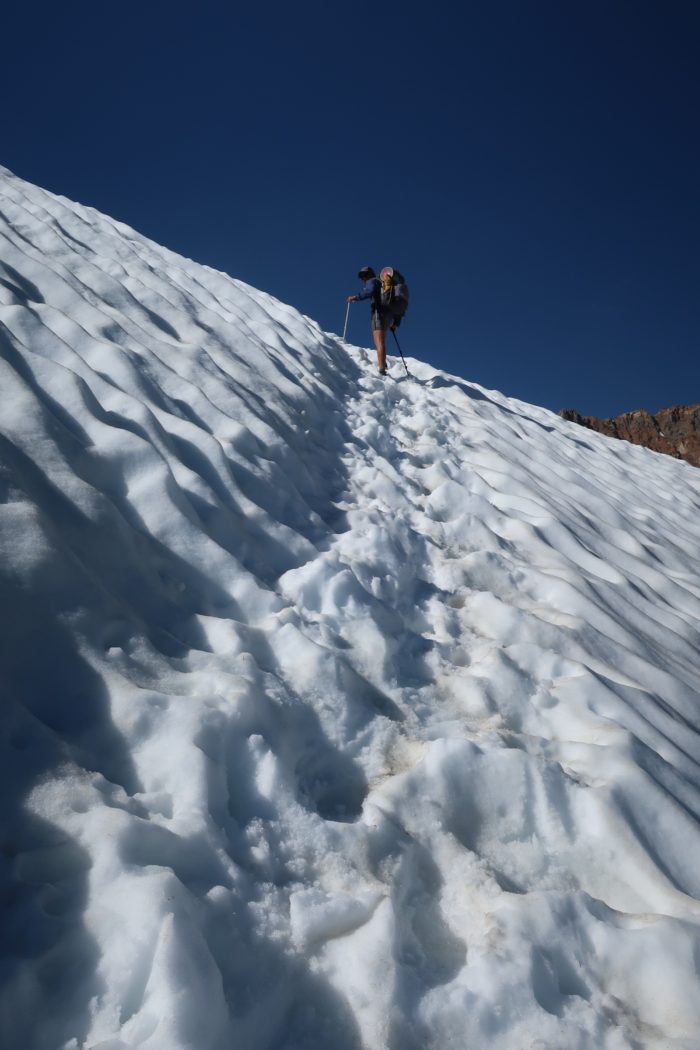 The final push to the summit.

After summiting and making the descent we decided we would no longer do two passes in one day. It’s much nicer to hit them earlier in the day before the snow turns slushy, and it stunk having to rush through such beautiful terrain. It was exciting to do two in one day, but we feel as though we’ve accomplished enough. One a day from now on sounds great! 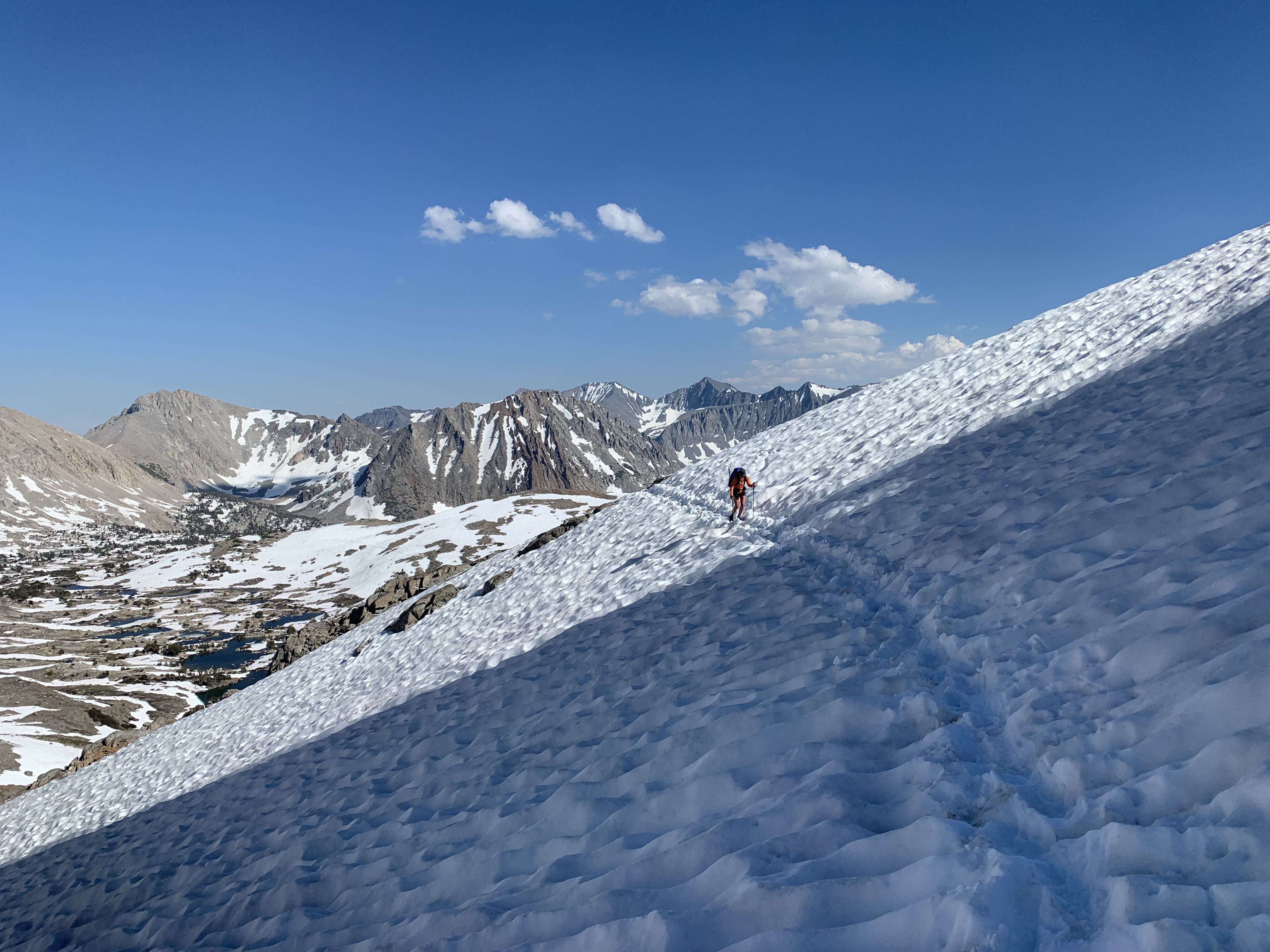