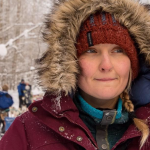 How Grand Staircase Made Me a Thru-Hiker

Growing up, I don’t think my family went camping one single time.

I was raised in a more typically Midwestern way, with occasional weekend trips to the mall to buy Aeropostale hoodies.  As I neared adulthood I’d go to an overly expensive liberal arts school, unaware that I’d be paying for that education for the rest of eternity. (Really cutting into the gear fund.) There, while I did have the best professors I could ask for, I mostly spent my first years learning how to unfeel my feelings. Better said, I got really good at costumes, parties, excelling at work, and numbing.

It took a lot of mistakes and several years for me to realize I had built a life for myself that I didn’t actually want to live.

Sure, I knew how to live it. In fact, from an outsider’s perspective I imagine it looked damned good by this point. To the surprise of some I had managed to graduate, and with pretty decent grades. I had a great job with a team I had built and was running one of the nation’s more successful prepared food divisions within a food cooperative. I had two adorable cats, a loving partner, and a cute vintage house.

But then one day deep in January 2016 I stopped taking Adderall, a drug my party-girl-perfectionist-self conned her way into being prescribed. I had been recklessly abusing the pill for nearly five years, and suddenly I was the one who had been conned. I’d been using amphetamines to imitate happiness, the intense ups a substitute for the joy I so desperately craved. I had no clue which way to go from there, so instead I started walking anywhere and everywhere.

It was around this time that I discovered that hiking is just walking, but longer, and usually more fun. And with snacks. Many snacks.

I started doing this a lot. It became a part of my everyday. I finally had something more important to me than achieving a level of work-related perfection. I prioritized my morning run or hike every day and I started thinking about where I’d gotten myself and what I could do to move forward. So, logically of course, I panicked and uprooted my entire life, relocating to Colorado for a temporary farm-to-table internship.

Did I leave the Midwest with the intention of never returning to my life? No. Is that what happened? Mostly.

I don’t relish reflecting on that memory, as I know I deeply hurt others in the process. I can’t undo that and it’s something I have to live with. I didn’t like myself much in that moment. But what I do appreciate is that leaving that life is something I can affirm was the right move for me. I am leaps and bounds closer to a person I can love and admire than I was nearly three years ago.

These days, I don’t spend my free moments imagining what my life might be like if I was more of a traveling, soulful adventurer. I am that woman, and I’m learning to let her shine.

How did it happen? Last year I met the Monument.

Before I met the Monument, I was that Wisconsin girl who drank too much cheap whiskey and tried to look happy. Before the Monument, I had never run more than four miles or slept outside alone.

Before the Monument, I wasn’t who I was meant to be. A seeker of freedom and joy. Grand Staircase-Escalante taught me life, and now it’s my turn to do what I can to return the favor.

I’m not much of a scientifically inclined sort of gal, but I let me talk nerdy to you for a minute. I want you to know that this geological masterpiece is an important artwork to preserve.

Grand Staircase-Escalante National Monument is the largest tract of unspoiled land in the lower 48, and it is under threat.

A series of cliffs and plateaus that originally spanned more than 1.8 million acres, GSENM has been legally recategorized and cut in half due to a 2017 presidential decree**. Located in Southern Utah and stretching from the Aquarius Plateau to the Grand Canyon, the Monument is a backpacker’s dream.  It is an ethereal and relatively untouched landscape containing some of the nation’s most remarkable hiking and exploration opportunities. This area of Utah has gained popularity in the last several years as an adventure destination. I stumbled upon it by accident just last year when fleeing the glum winter of the Pacific Northwest.

Driving along Scenic Byway 12, you’ll see only one maintained trail within the Monument—the ever-popular Calf Creek Falls. But what you can’t see from the road are the endless paths that transcend slickrock and silty streams. You can’t see the homes of the indigenous people that once walked the same paths that are now waiting for your first steps.

If you find yourself itching to explore these parts, the hiking is unlimited. You can thru-hike The Hayduke Trail*, take the back entrance into Capitol Reef, or stop into Bryce Canyon National Park. You can take a drive down Hole-in-the-Rock road, a gravel known the world-over, and do some backpacking in Coyote Gulch. You can see your first slot canyons and wade in rivers on the edge of the desert, quaking aspens still in view.

It is down these paths and over this slickrock that I’ve become a certain type of person.

The kind of person who chooses something difficult in order to see something greater. The kind of person who will bear weight in order to become unyielding. It’s about teaching yourself to put one foot in front of the other in the face of struggle, and to keep going. It’s about learning to lean into uncomfortable situations that will make you stronger. It’s about opportunity to grow, think, and process, and amazingly, you end up in some of the world’s most beautiful places.

These days I embrace challenges much better than I used to, and that is a skill that backpacking has taught me. It is with progress in mind that I chose a task of greater difficulty for the coming year. With an excitable heart, I’ll leave the creature comforts of my weird communal living situation. I’ll set out to determine who I am and what I’m made of.

In 2019, I will solo thru-hike the Pacific Crest Trail.

**To read more about GSENM and how you can help, check out this recent article in The New Yorker.

Hey, I'm Leah! I'm planning on a PCT '19 NOBO thru-hike, but in the meantime I'm enjoying nature's artistry offered by Southern Utah. I'll spend the next few months in the planning stages for my long walk, while exploring the Southwest and trying to create some light within myself. I'm lucky enough to be in the thick of the #savegrandstaircase movement, and I'd love for you to follow along. Dark chocolate is important to me, and if you are what you eat, I am a walking fruit basket.