Ground Zero: From San Diego to Scout and Frodo’s house

This is the beginning. 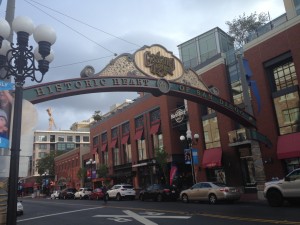 After years, dreams yielded to plans and to logistics and eventually, to reality.  The five of us (yes really, five) are hiking the Pacific Crest Trail, spanning over 2,660 miles from the Mexican border to Manning Park in Canada.

Our group is made up of:

My husband Mark, who once made a shrine to Richard Kiel and sings or laughs when he is most terrified

Jon, who loves Michigan football and tapioca and has the confidence to wear a Cubs hat non-ironically 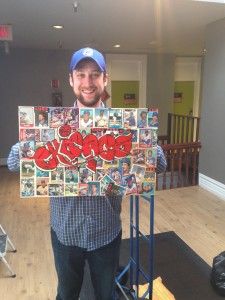 Jon actually found this artist’s ode to the Cubs.

Julie, whose legs will not quit even in the event of total organ failure or death

Shaughn, who has the gait of a giraffe and the impish soul of a leprechaun

And me, who may or may not be hiking alone after the previously mentioned people read this blog.

Actually, Jon is an old friend of Mark and myself in Portsmouth, NH, and Shaughn and Julie worked on a trail crew with me in 2011.  They’re some of our favorite people, and we are incredibly grateful that our lives lined up in a way to let us do this together.

So far, we haven’t killed each other.  In fact, we’ve been grinning like idiots for the past three days, during which point we each packed and unpacked our bags about a hundred times, swapped out and repaired gear, and filled up so many water bottles. 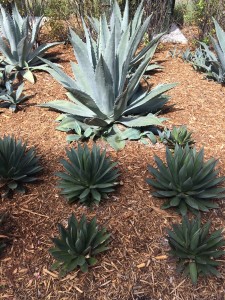 Thousands of miles from home and everything is alien to us.

We all convened in San Diego, which was an experience in itself.  With zip-off hiking pants and sneakers, we definitely stood out in the San Diego night scene.  We stayed at the downtown hostel where we ran into Shepherd, an Australian guy who is truly living the dream.  He hiked the PCT last year and has been bike touring around Mexico and the Pacific coast.  In one week, he’ll be starting the Continental Divide Trail.  He guessed right away that we were hikers, based mostly on our ridiculous clothing, and we were grateful to have the chance to pick someone’s brain right before starting.

Sitting outside the hostel with their backpacks waiting for our ride, the guys managed to stand out in a different way.  Eventually they made a sign to clarify that they were in fact hikers and not asking for people to toss coins in their coffee cups, but the sign actually caused more confusion.

I watched from inside the hostel as one couple pulled up in their car.

The woman in the passenger seat looked at them and asked, “Do you need help?”

“What does that say?”

And so ended our experience in San Diego.

Moments later, Scout and Frodo showed up and whisked us away to their hiker paradise.

Scout and Frodo are trail angels who inexplicably offer up their house to some 20 to 50 hikers a night for multiple months.  They not only offer their spare bedrooms, camper, and yard, but they make enormous dinners and breakfasts for the hikers, drive them around, and offer some sage advice – all without accepting a dime in donations.  We were blown away by how kind they are and couldn’t imagine starting the trail on a better note.  This kindness is going to stay with us for the rest of the trail. 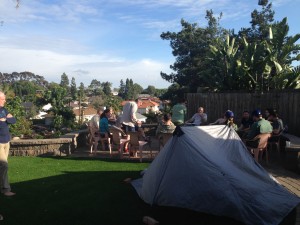 Scout and Frodo’s backyard, in its natural state of being filled with hikers.

Tomorrow morning, at 6 AM, we’ll be climbing into Frodo’s van and making the 70 minute drive to Campo, where finally we can focus just on walking.

It’s past midnight on the West Coast, so by the time people at home read this, we’ll be walking North through the desert, leaving the Mexican border behind and relegating dreams of Canada to the furthest corners of our minds.