Heating Up: Wrightwood to Agua Dulce

When we left Wrightwood, we were excited to hit the trail again, yet it was also tough. Leaving the comforts of town can be difficult, but then there are always more town stops ahead. 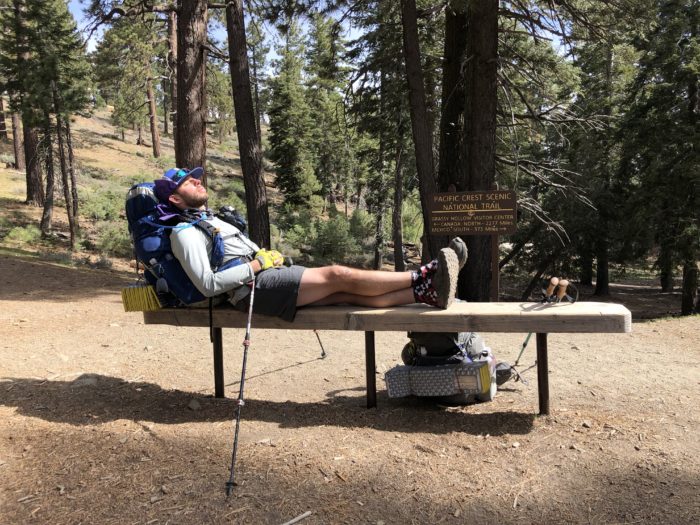 I will say, our bed at the motel was harder than sleeping on the ground, so I was looking forward to sleeping in our tent again.

As we approached the trailhead to Mt. Baden-Powell, the parking lot was packed full with day hikers. This is the first time we had seen a significant number of people on trail that weren’t thru-hikers. We met a recent college grad who had just finished running down the mountain and had some extra food that he offered us. The climb to the summit was a few miles, and with our later start, we passed several day hikers coming back down. Some even passed along words of encouragement to us and were excited to meet some thru-hikers. It definitely made the climb easier. 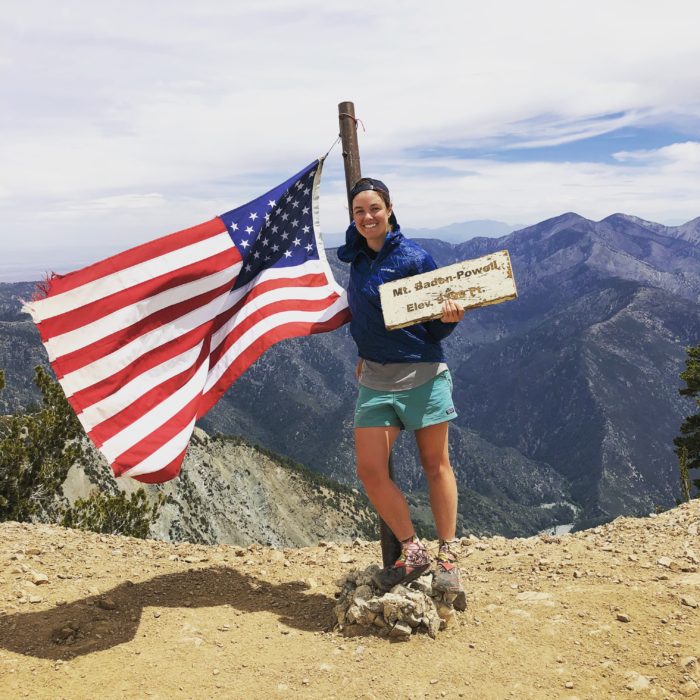 We enjoyed a snack on the summit, but the wind cut our break short. While Baden-Powell isn’t as tall as San Jacinto, it still provided amazing views, not only of the surrounding mountains, but that of the LA area as well.

The next morning, we had a two-mile climb that I didn’t even think twice about. But for some reason it really kicked my ass. I felt a bit lightheaded and very out of breath. It’s like I had never hiked a mountain before. I still don’t know what was going on, but once we started going downhill, I felt normal again. It seemed too low to be related to altitude and I had drunk plenty of water the day previously. I’m just hoping that it’s not a continuing trend

We had a 2.5-mile road walk soon after to detour a closed section of trail due to the endangered mountain yellow frog. When we finally got to camp after what became a 25-mile day with the detour, a bunch of new trail friends were there waiting on Penguin’s friend from LA who was bringing some food and drinks in and to camp there for the night. I think the most amazing things that he brought and that they were kind enough to share with us were the veggie platter and chips and guacamole. Fresh vegetables are something that I crave a lot and don’t get enough of out here. This type of unexpected trail magic is certainly the best. And if we didn’t say it enough that night – thank you, Griffin! 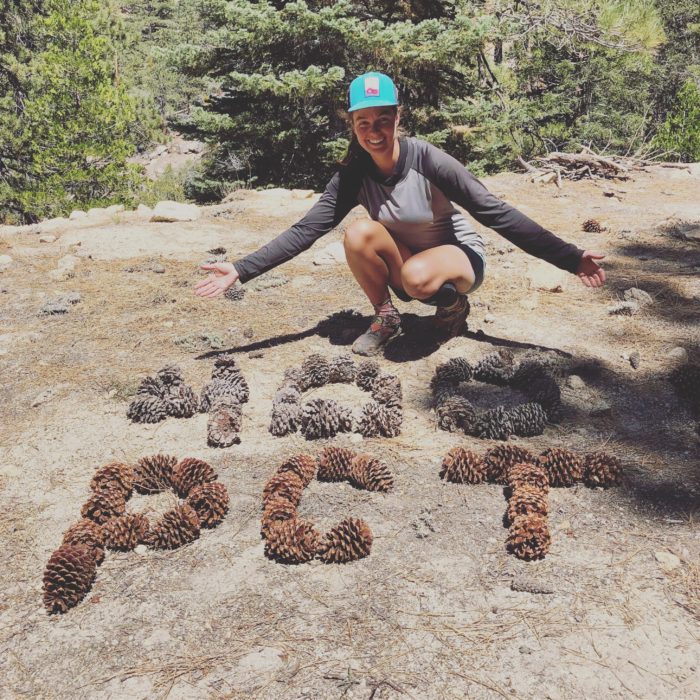 The next day, as we began to descend a bit back toward the desert, we got a taste of some heat again. We really haven’t had any hot days for almost two weeks. We took a break at the Mill Creek Fire Station in the disappearing shade. Several of us hung out there just behind the bathroom eating lunch, filtering water, and sharing our misery of the heat ahead. Our climb up to camp thankfully cooled things down some for us, although there were plenty of pesky, hovering flies in our faces for most of the afternoon.

While the break at the fire station takes a close second for best moment of the day, the appearance of dozens of bats after sunset that night takes the cake. 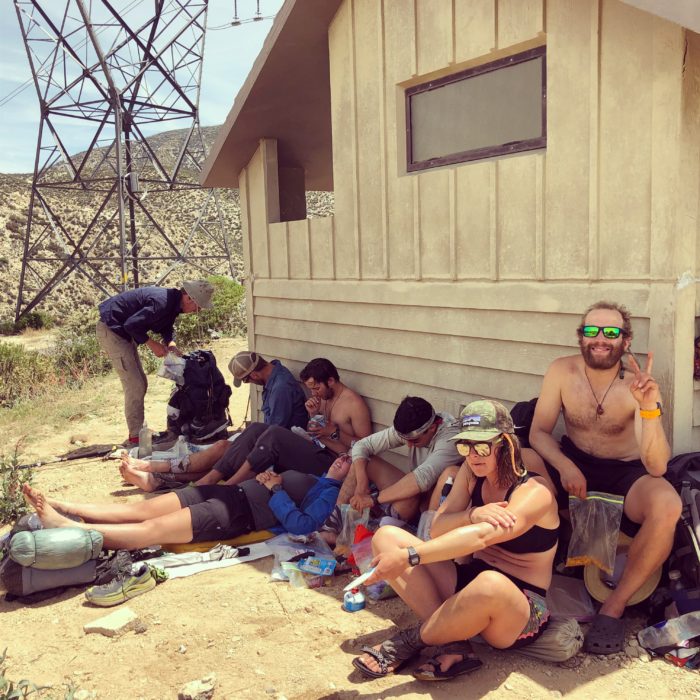 And we thought the day before was hot… until our day down into Acton really put out the heat waves. Before heading down into the desert, I enjoyed a cold orange soda at the ranger station and filled up on water for the hot descent. It was pushing noon by the time we got to the road. It ended up being over 100 degrees and was apparently the hottest day of the year so far.

Thankfully, we were in the perfect place for the hottest day thus far – the Acton KOA campground. After hitching in and out of town for lunch, we downed some ice cream, took a quick shower, and jumped in the pool. Never in my life have I been happier to jump in a pool. We certainly don’t get hot days like this in Maine. It was a hiker’s paradise – ice cream, shade, water, pool, hot tub, and showers. 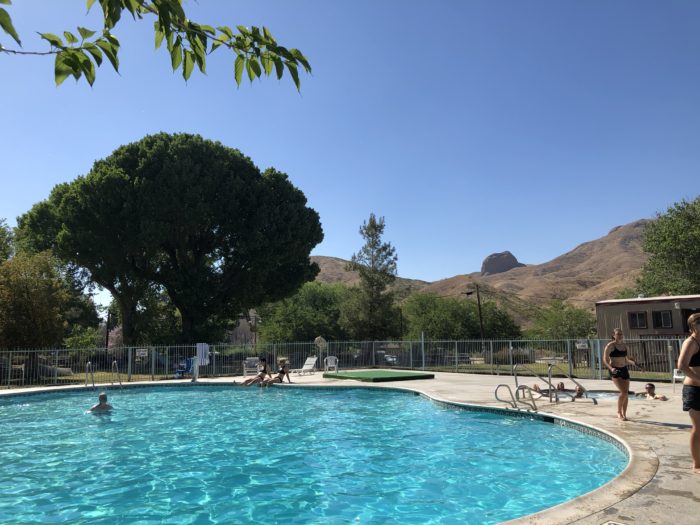 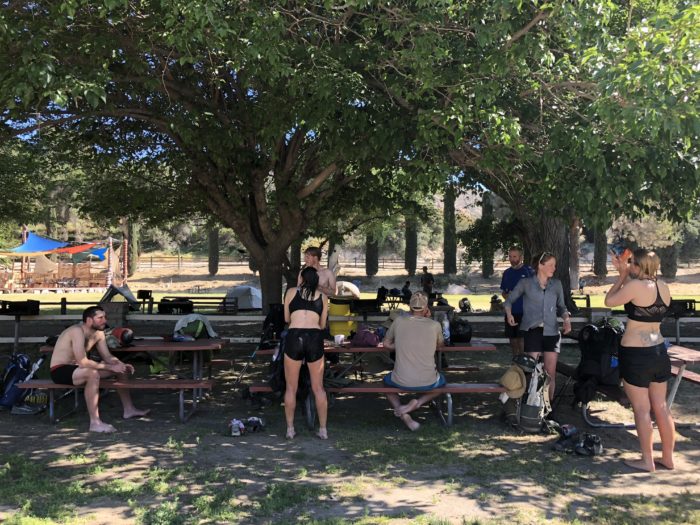 It was very tough to leave the campground, especially as Froggy, Bud Light, Snacks, Penguin, Mike, and Dreamer rolled in. They tried to convince us to stay, but we were set on doing a few more miles. Plus, we knew that we would see them at Hiker Heaven the next day.

We felt super refreshed after our five-hour break, so we hiked out a few miles, ate dinner watching the sunset over Highway 14, and night-hiked just past the highway tunnel and camped under the stars.

It’s always a good day when you can hike 20 miles, jump in a pool, and eat dinner watching the sun go down. 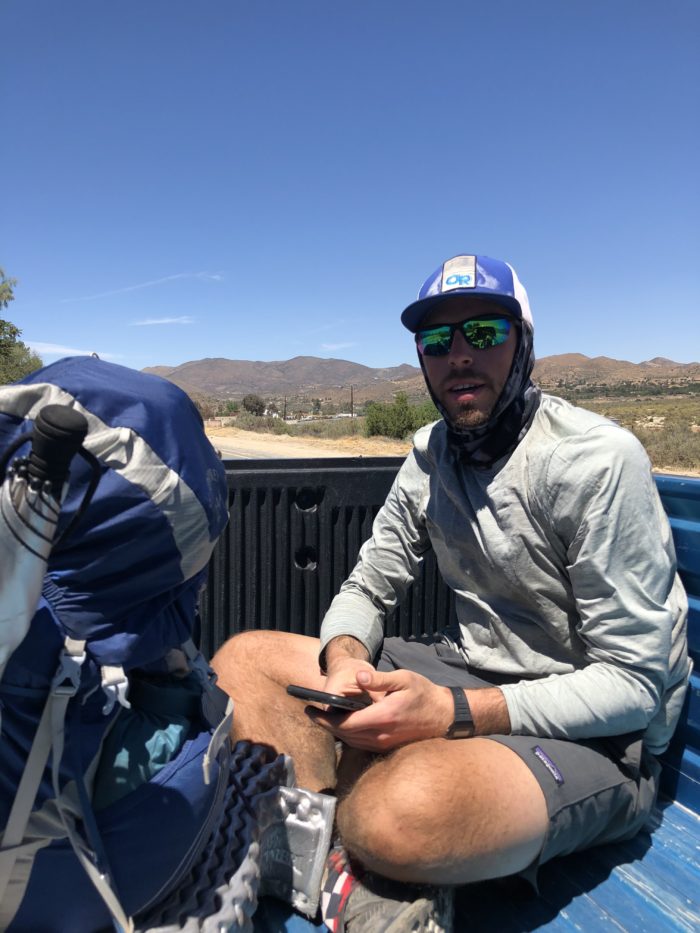 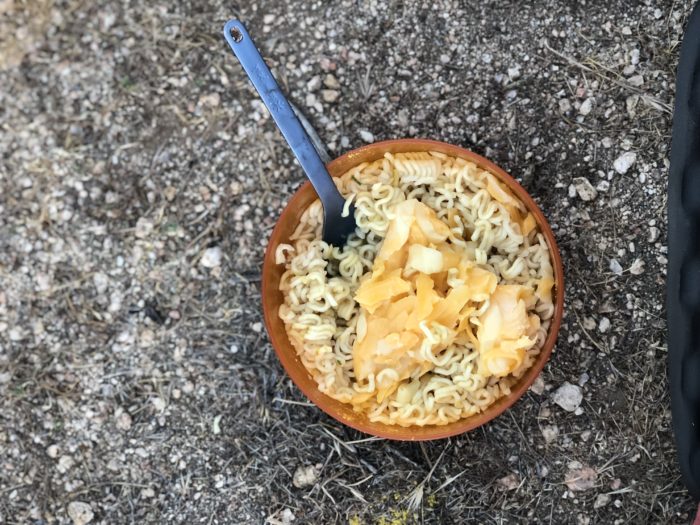 Miles and I are doing much better physically. My posterior tibial tendons are doing so much better. They do hurt a bit from time to time, so I continue taping them to play it safe. Miles’ shin splints are almost nonexistent, so I’m wearing one of his compression sleeves on my left leg to help with my strained calf muscle. It has helped immensely. 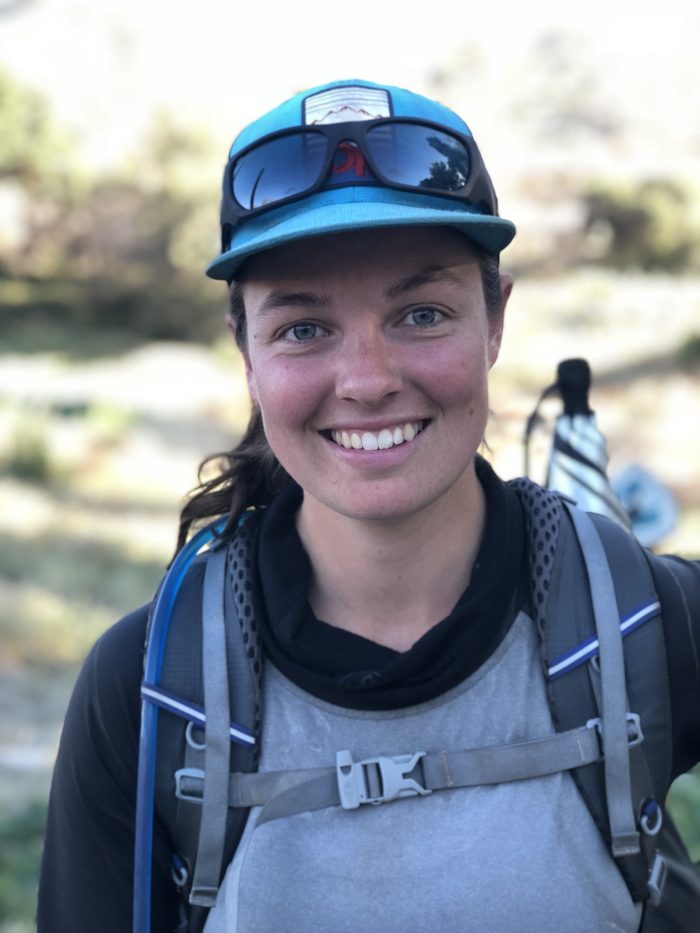 Mentally, I feel a thousand times better than I did a few weeks ago back in Warner Springs. I’m really just taking things one day at a time and soaking it all in as it comes.

And now we can enjoy the next oasis along the trail –  Hiker Heaven in Agua Dulce. This place deserves its own blog post, though. 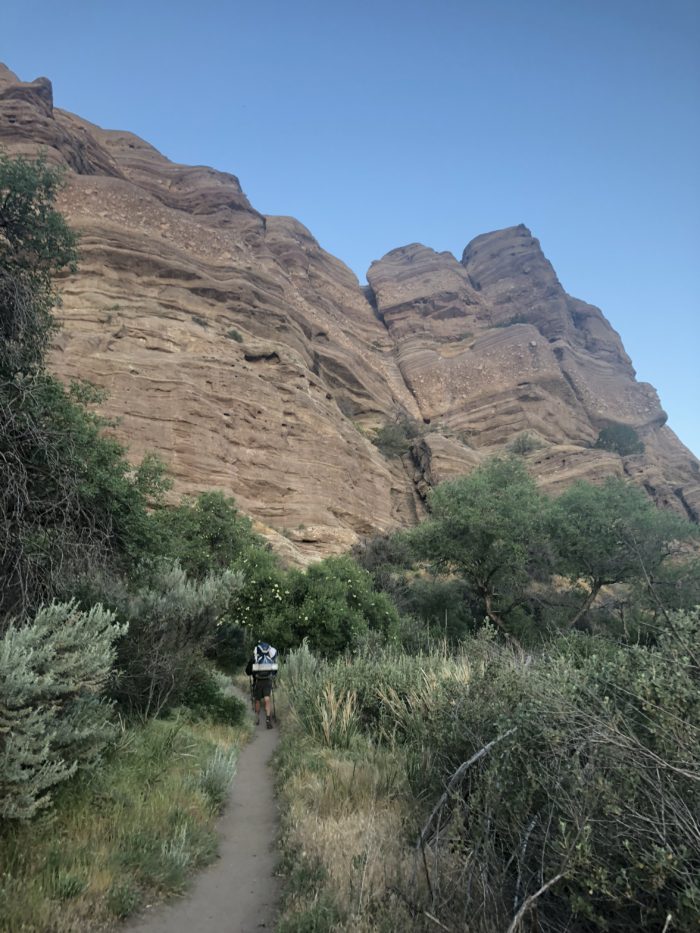 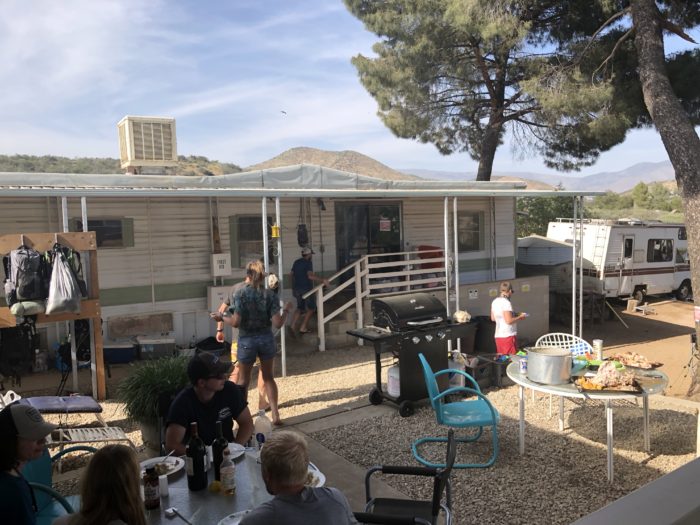 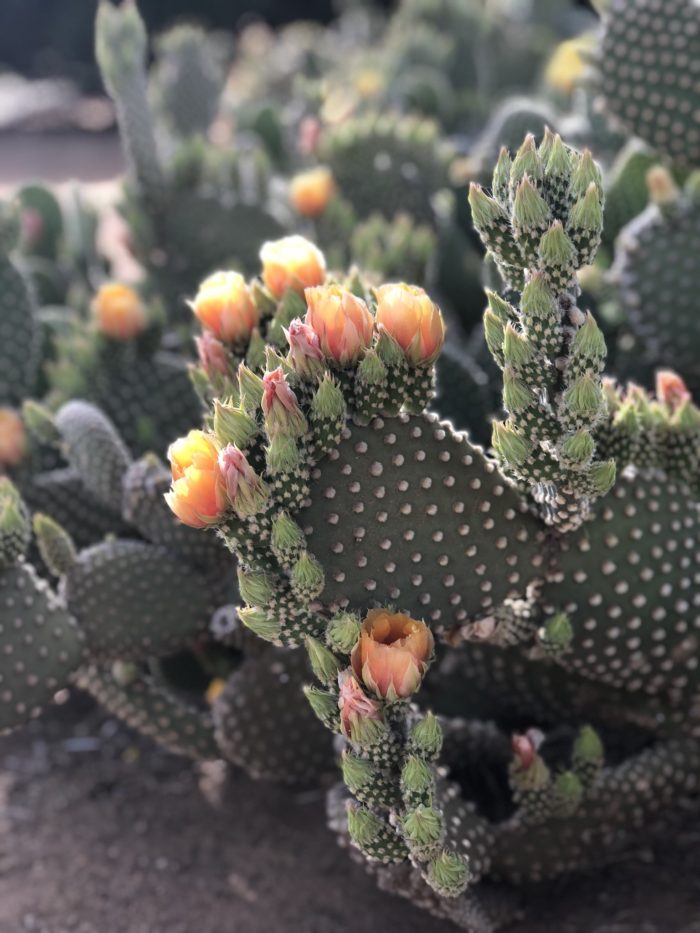 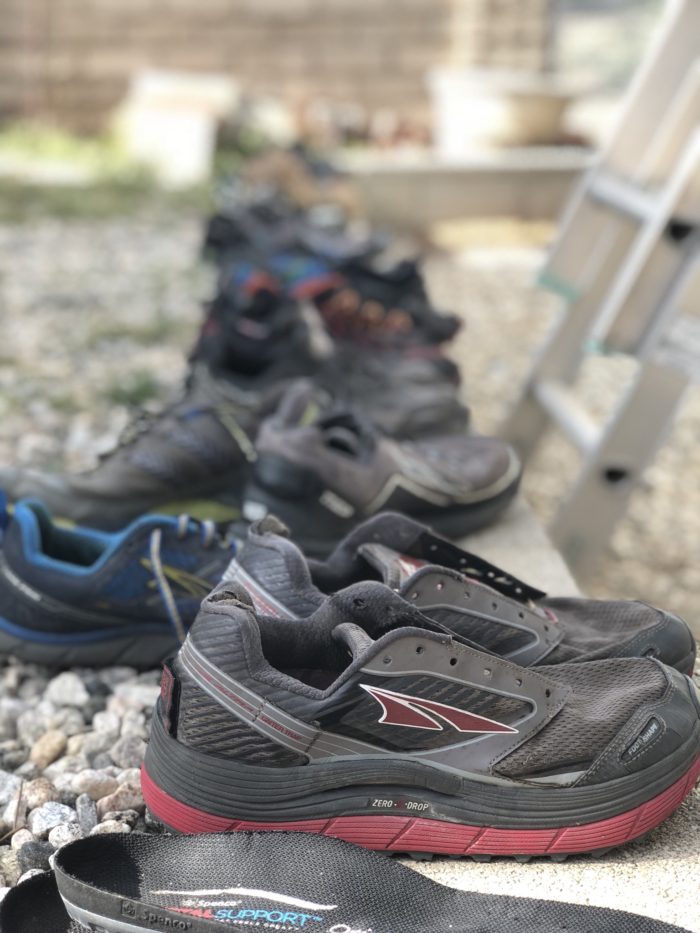 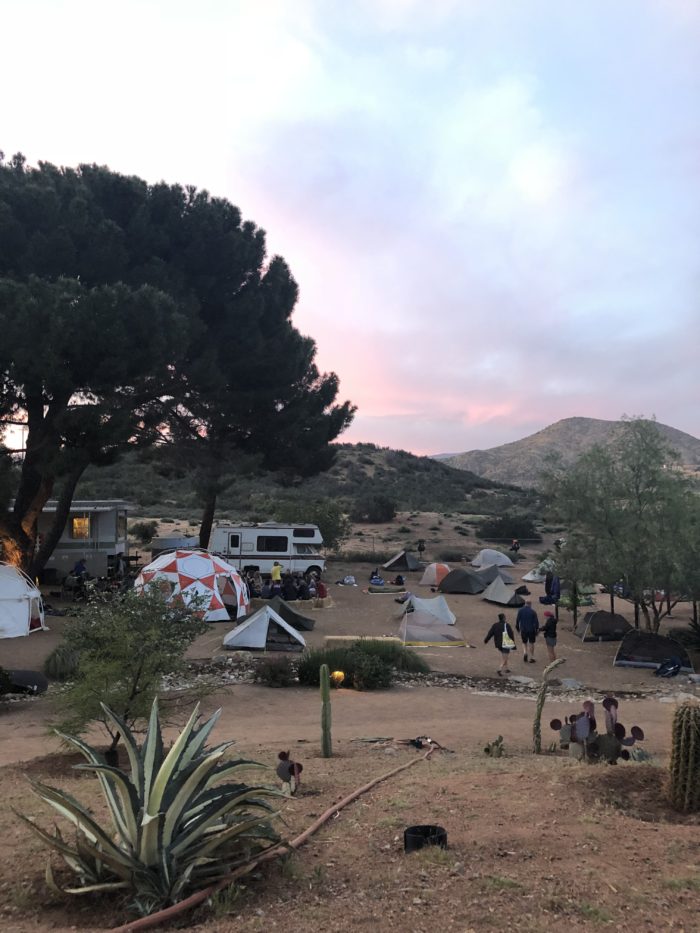