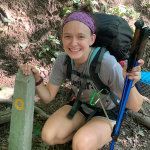 How My Parents Are Training for My PCT Thru-Hike

Meet Kathy and Paul, arguably the best parents in the world from a very biased daughter. They have supported me through every crazy thing I’ve done and have given me an immense amount of space to do so. Because of this, I knew they wouldn’t be surprised when I said I wanted to go to live in a tent for 5-6 months. 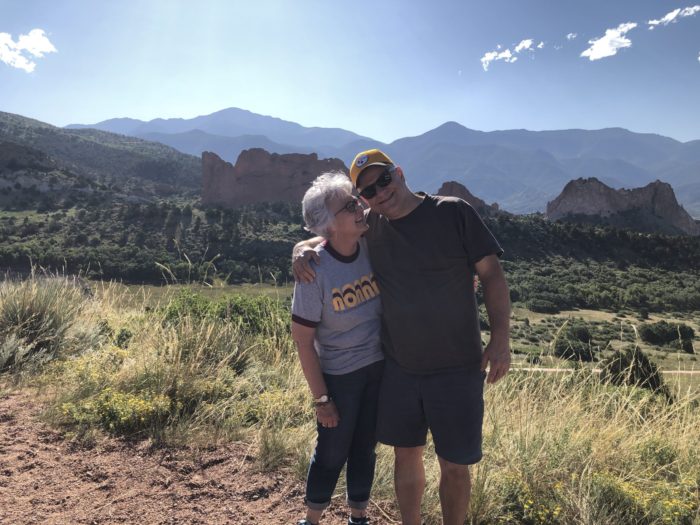 My parents, Kathy and Paul (aren’t they adorable?!)

My parents have been training for this.

This isn’t the first time I’m going away for an extended amount of time. It all started in 2011 when I began working full summers at a resident camp. I would come home on Friday night, sleep all day Saturday, and have to return to camp first thing Sunday morning. Then in 2016, I lived in Switzerland for 4 months. However, the shortest time I was gone—a three-week section on the AT in Virginia—was probably the most stressful for my parents.

I joined friend Wilt on the AT in 2018 in Virginia for 3 weeks during her thru hike. I (and my parents) had so many questions, as this was my first backpacking trip ever.  Wilt and I connected our parents to help ease their concerns about their offspring being somewhere in the woods.  Once I was on the trail, our parents talked for hours on the phone connecting over these mixed emotions.

Since then, I’ve gone on one solo-backpacking trip on the Laurel Highlands hiking trail, where my parents experience a glimpse of what it’s like to have a daughter in the woods alone.

Kathy and Paul are (almost) ready.

A PCT thru hike is a much bigger deal and harder for them to understand the why and how. They understand that I will likely go days without cell service and quickly began their own intense research. Here is what they have to say:

“Kelly had spoke several times about doing the PCT after spending time on the AT but the day she called to tell us she had received her permit it became very real for us.  Our first and only serious concern is her safety.

We are familiar with the lingo and lifestyle of hiking the trail from Kelly’s experience on the AT, but as parents we had so many reservations of her living 6 months on the other side of the country with only what she had on her back.  We did our own intense parental research.” 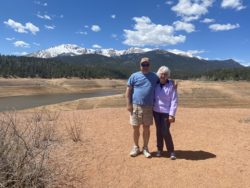 Paul and Kathy on the way up to Pikes Peak.

How my Mom and Dad are preparing for my PCT thru-hike:

I gifted my parents with a large National Geographic PCT Map. I also included arrow sticky notes so they can track where I end up each day. They can look at it every day and can see my overall progress on this rad thing I’m doing.

I encouraged my parents to read Hiking From Home by Juliana Chauncey. My mom and dad always gave us books when we were kids to help explain things to us, such as why everyone poops or what it’s like to be an astronaut. This time it was my turn to give them a book so they can understand the day-to-day life of supporting a thru-hiker.

We decided we will walk the first few miles together. They got a glimpse of thru-hiking culture when they dropped me off on the AT and now, they get to be a part of it for a few miles. I’m excited to share these special moments with them.

Thank you, Mom and Dad, for supporting my insane decisions to do silly things, like walk from Mexico to Canada. I couldn’t do it without you and your support. Thanks for putting a good head on my shoulders.
< Previous Post
Next Post >

Hey there! I'm Kelly (she/her) from Pittsburgh, PA. I am attempting to hike the Pacific Crest Trail in 2022. Join me and my nonsense as I prepare to walk from Mexico to Canada.