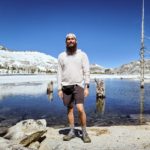 It is May 4th 2021; a year ago today I was supposed to start hiking the Pacific Crest Trail. I have been dreaming about and planning this journey for several years. Today I should be posting a picture commemorating my first trail anniversary, but instead here I am sitting on my couch thinking back on what a wild ride 2020 has become. 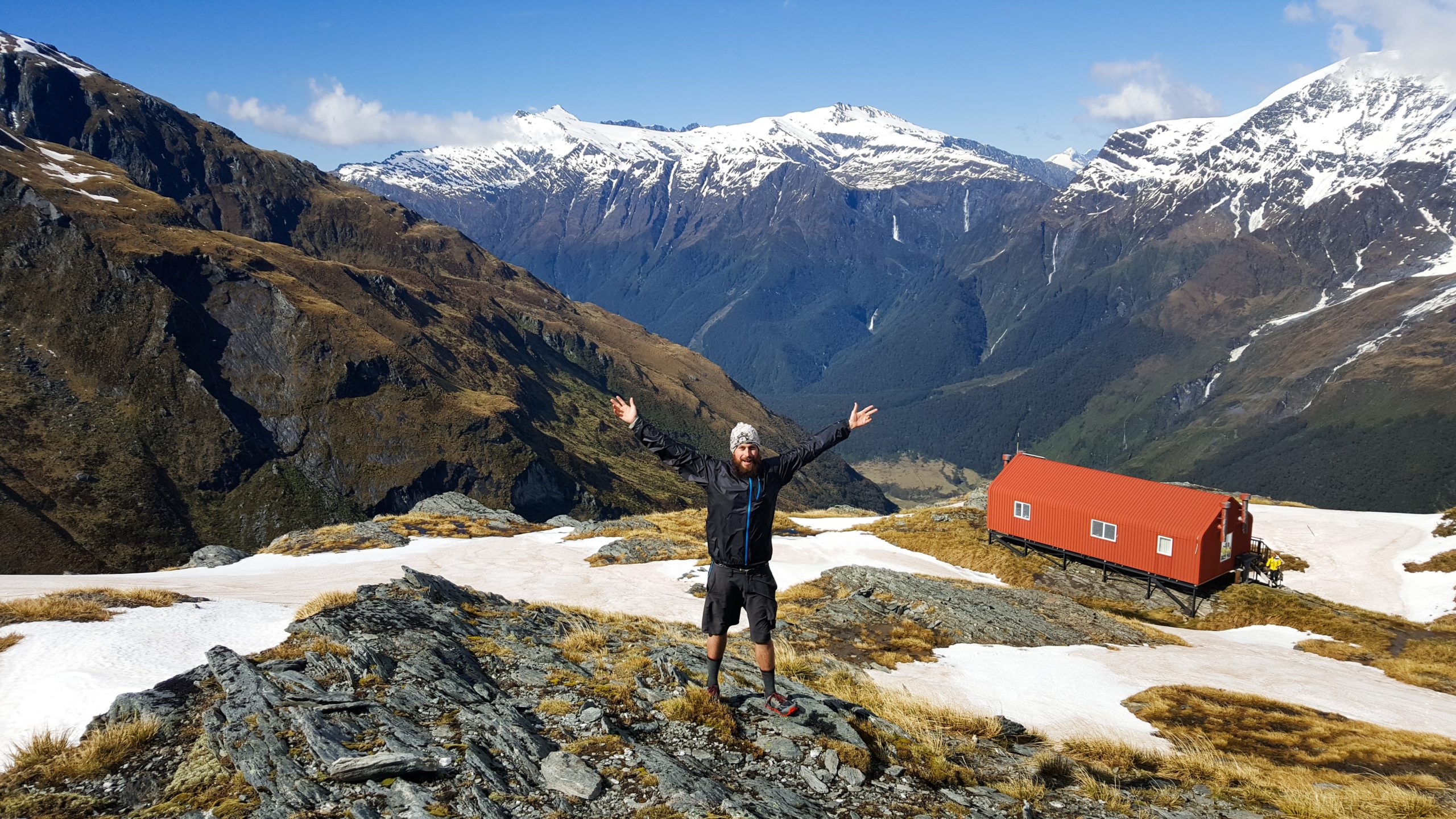 Should have stayed in New Zealand in 2020.

The final months leading up to my May 4th start date in 2020 I went through all the emotions. Rewind to February where I was on cloud nine having just returned from an amazing year backpacking around New Zealand. I was very ready for the next adventure that was the PCT. Then March came along with the sledgehammer of Covid 19. In April I was an emotional wreck deciding whether to go or not to go. It wasn’t until mid May when I realized that my dream of hiking the PCT was not going to happen in 2020. I am not sure if there is an adjective to realistically describe how I was feeling; gutted, crushed, and disheartened don’t feel accurate enough.

Looking on the bright side.

I came to peace with my decision not to hike last year at some point in June (to read more about my process of making that decision check out my last post). I then shifted to grasping on to the positive things that came with waiting another year. More time to train with Lee at Trailside Fitness to get into better physical shape for thru hiking. I would be able to save more money and upgrade some of my backpacking kit. 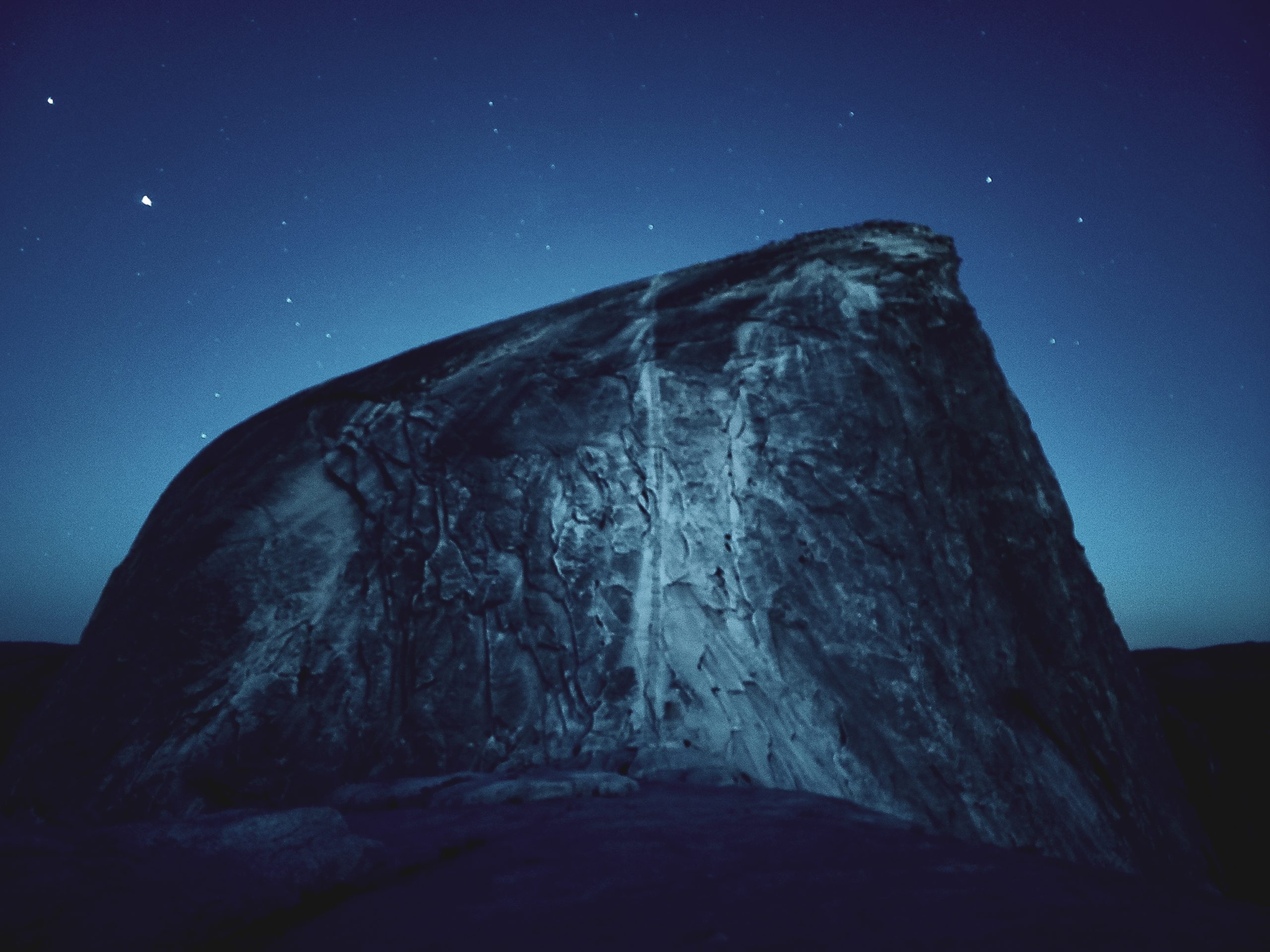 Half Dome before dawn.

A long distance thru hike may not have been in the cards for 2020, but that didn’t mean I couldn’t go on some shorter trips. In July I scored permits for Half Dome and took a few friends on their first backpacking trip in Yosemite. It was my favorite trip to Yosemite yet.  Crowds were limited due to the new reservation system in place for Covid.

I then started to plan a smaller thru hike of the Tahoe Rim Trail (TRT) in September. I was excited to test out some new gear I was able to get thanks to the government stimulus checks. The Tahoe Rim Trail passes thru the wilderness area that made me fall in love with the outdoors, Desolation Wilderness. Just as I was starting to get excited for the trip 2020 had to slap me in the face once again. Fires erupted all over California, including some threatening the Lake Tahoe Basin. This caused them to close the entire Lake Tahoe Basin to all wilderness camping. Hopes and excitement crushed once again… 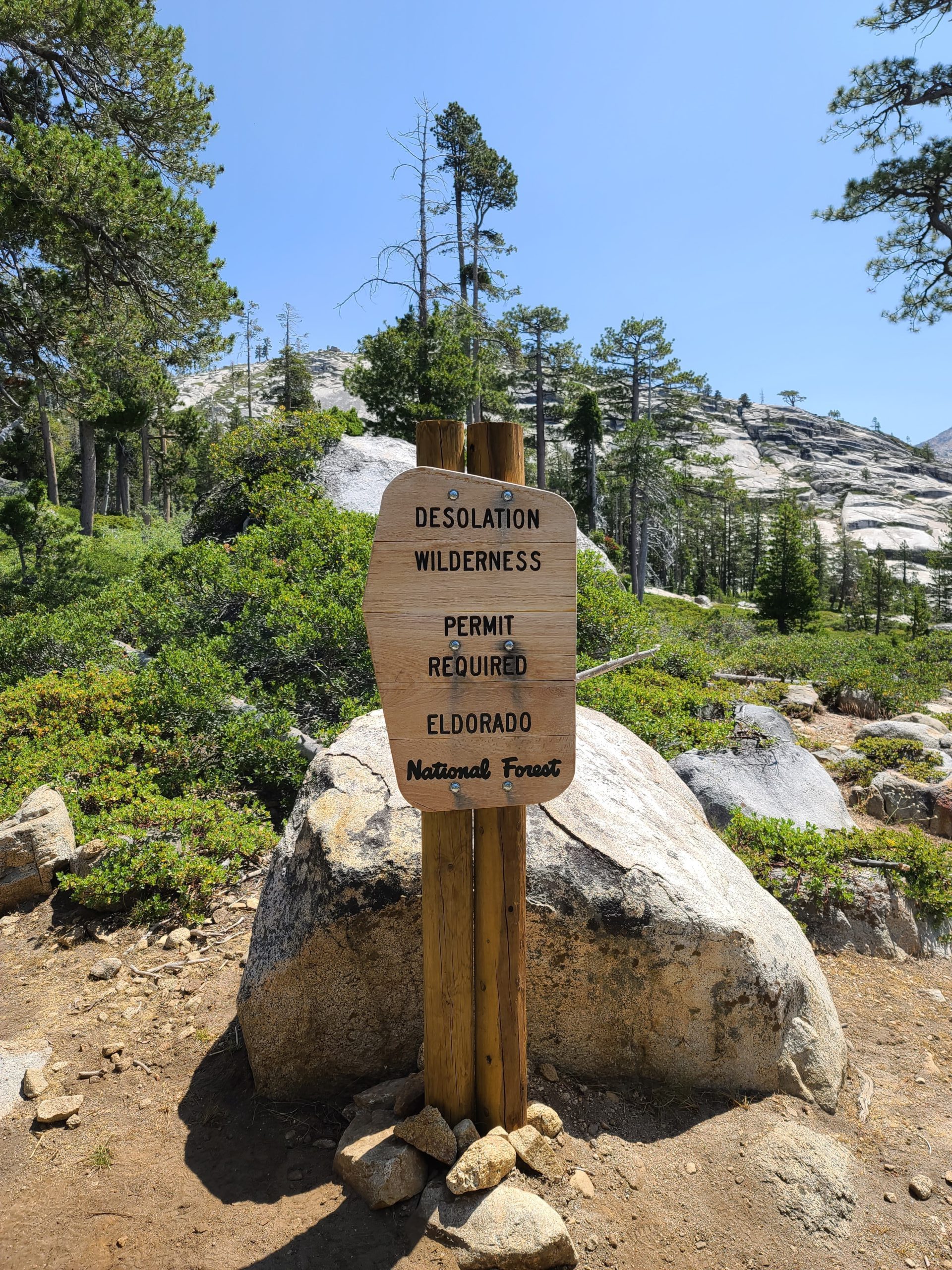 I tried to be optimistic that I may be able to squeeze in the TRT hike, but that never happened. At this point I was just rolling with the punches that 2020 kept dealing. Now we were in October and things with the pandemic did not seem to be progressing as fast as we all hoped. The end of October is usually when the PCTA releases permits for the following thru hiking season. I had a feeling it was coming, but it was still a low blow when the PCTA announced they would not be releasing PCT permits for 2021 as per usual in October. It once again looked like I may be postponing my dream even longer.

Fires in California finally started to get extinguished in November, but as fires subsided along came another surge of Covid. I really started to struggle to try and figure out what the next year of my life would look like. I knew I needed to find a way to get out on a smaller trip to take a much needed mental health break. Then an Instagram friend, that I followed as they hiked the PCT in 2018, posted asking if anyone was free to do a quick trip. He was also looking for a much needed nature escape.

We ended up putting together a last minute trip to Joshua Tree National park to backpack the California Riding and Hiking Trail. He allowed me to pick his brain about thru hiking and I was able to learn a lot from him; like don’t forget your tent stakes. This trip definitely instilled some confidence in my abilities. We ended up doing a 27-mile day, which was by far my longest day yet. This proved to me that my further training that 2020 allowed me was definitely paying off. 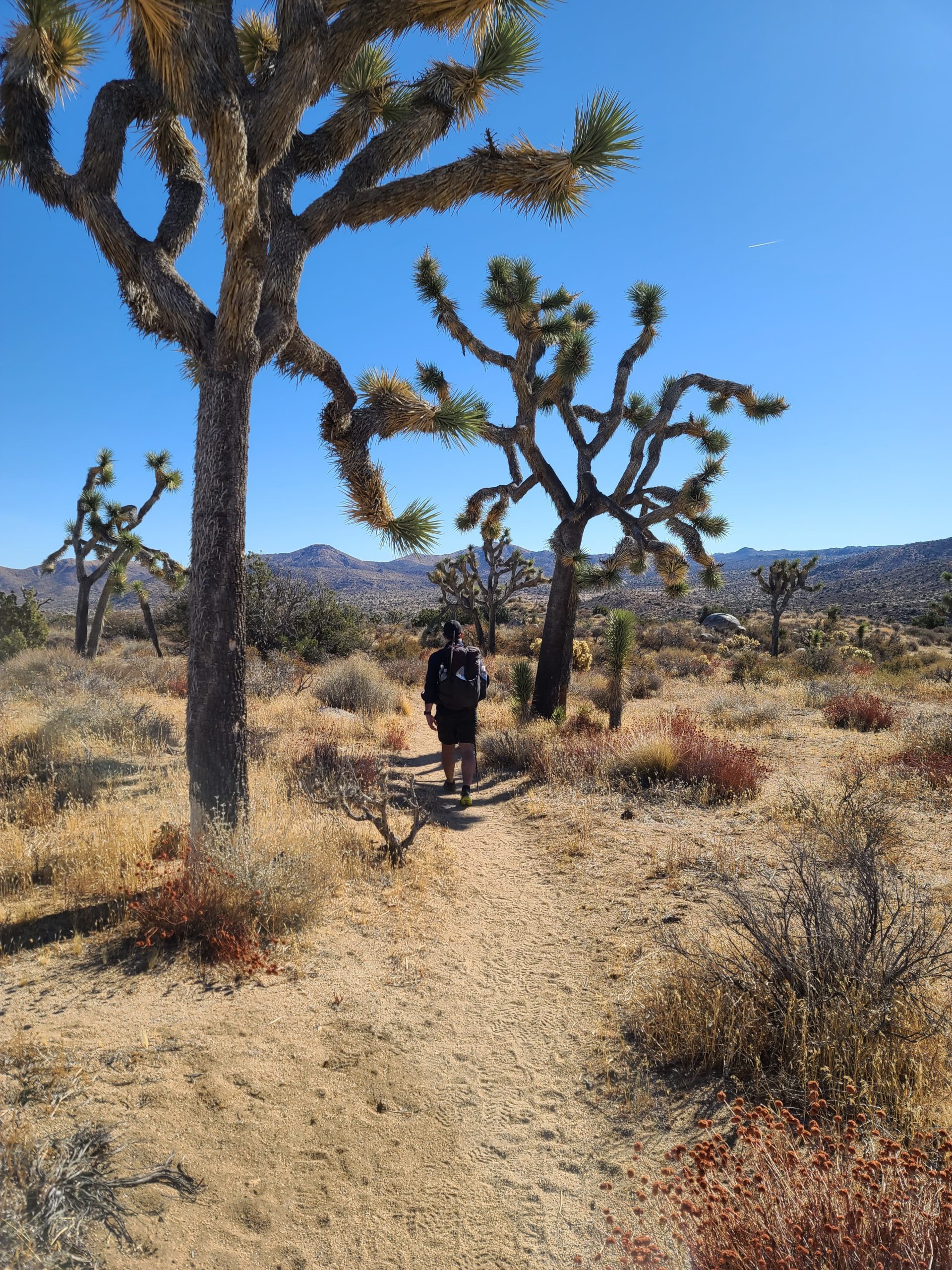 After the backpacking trip in Joshua Tree I was in a much better head space. I knew I needed to muster up a plan B just in case PCT 2021 would be another NOGO. In December we started to get some hopeful news as vaccines were finally getting put into peoples arms. Then January rolled around when the final release of PCT permits generally happens. At this point I was just waiting for the PCTA to announce that they would not be releasing long distance permits for 2021. I ended up putting my plan B into motion. I signed up for a Teaching English as a Foreign Language (TEFL) certificate course, in hopes that it could be my ticket to live and work abroad once again.

So you are telling me there’s a chance?

The year 2020 was full of many surprises, mostly being unwelcomed ones, but then something happened that I wasn’t expecting. It was earlier in January when I got a notification that the PCTA had released a statement. I was 100% expecting it to read “We will not be issuing long distance permits for the PCT this year.” I started to read it as I was walking down the stairs; I stopped dead in my tracks. “The USDA Forest Service has decided to issue long-distance travel permits at normal levels this year on the Pacific Crest Trail.” I sat down right where I was standing on the 3rd step of my stairs. I started shaking as I continued to read the rest of the release. My eyes started to well up with tears of joy. I was absolutely bewildered.

The news brought back a glimmer of optimism. I knew it was still likely that the pandemic could curb my trip once again, but that wasn’t going to stop me from trying. On January 19th, when permits were being released, I logged into multiple devices to secure my place in line once again. I got lucky this time and was in the first 1,700 people in line. The choice was mine to select almost any date in the hiking window. I decided to push my start date back  to give the pandemic more time to work itself out.  May 10th, 2021 was now my start date to start the PCT northbound. 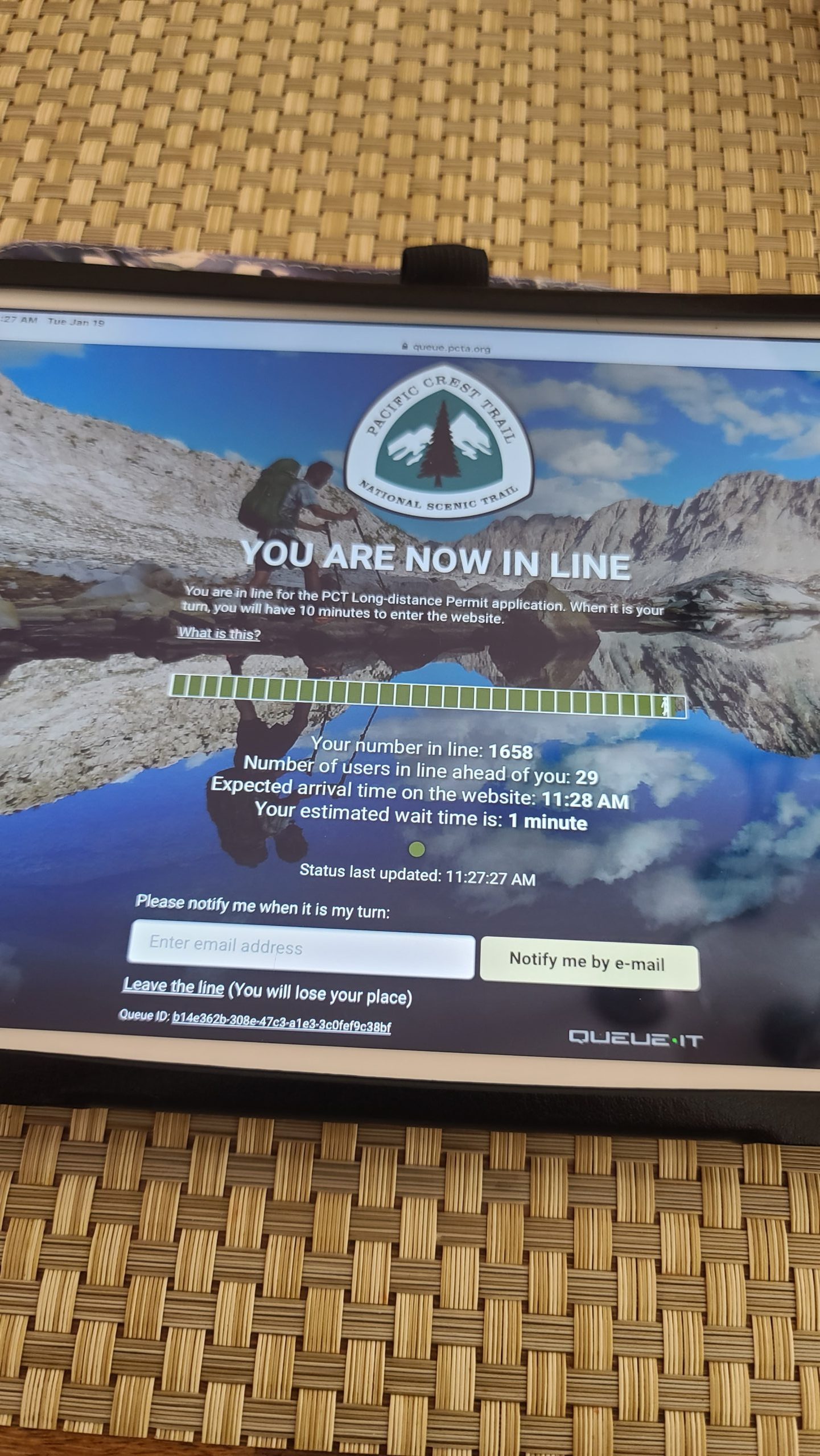 Could this be the year?

I was again left with a gleam of hope that my dream could happen in 2021. This time I made sure to have that plan B, and stuck with completing my TEFL certificate. In the days leading up to March I would have told you that hiking the PCT was more than likely not going to happen again in 2021. Things barely seemed like like they were getting better with the pandemic even though vaccines started to roll out.

Then all of a sudden things did a complete 180. Vaccine distributions were finally ramping up. Positive cases were on the decline. California was starting to loosen restrictions. There was now a light at the end of the tunnel. It may have been a dim one, but it was there. The tables had finally turned and as I watched the first boots hit the trail in March, I started to feel that the odds of hiking the PCT in 2021 were in my favor.

As my excitement began to build I got the best possible news.  I was eligible to receive the vaccine. Working in hospitality jumped up my place in line. I scheduled myself for the first available appointment. I would now be fully vaccinated for my start date of May 10th. My emotions sky rocketed and I was riding the highest of highs. 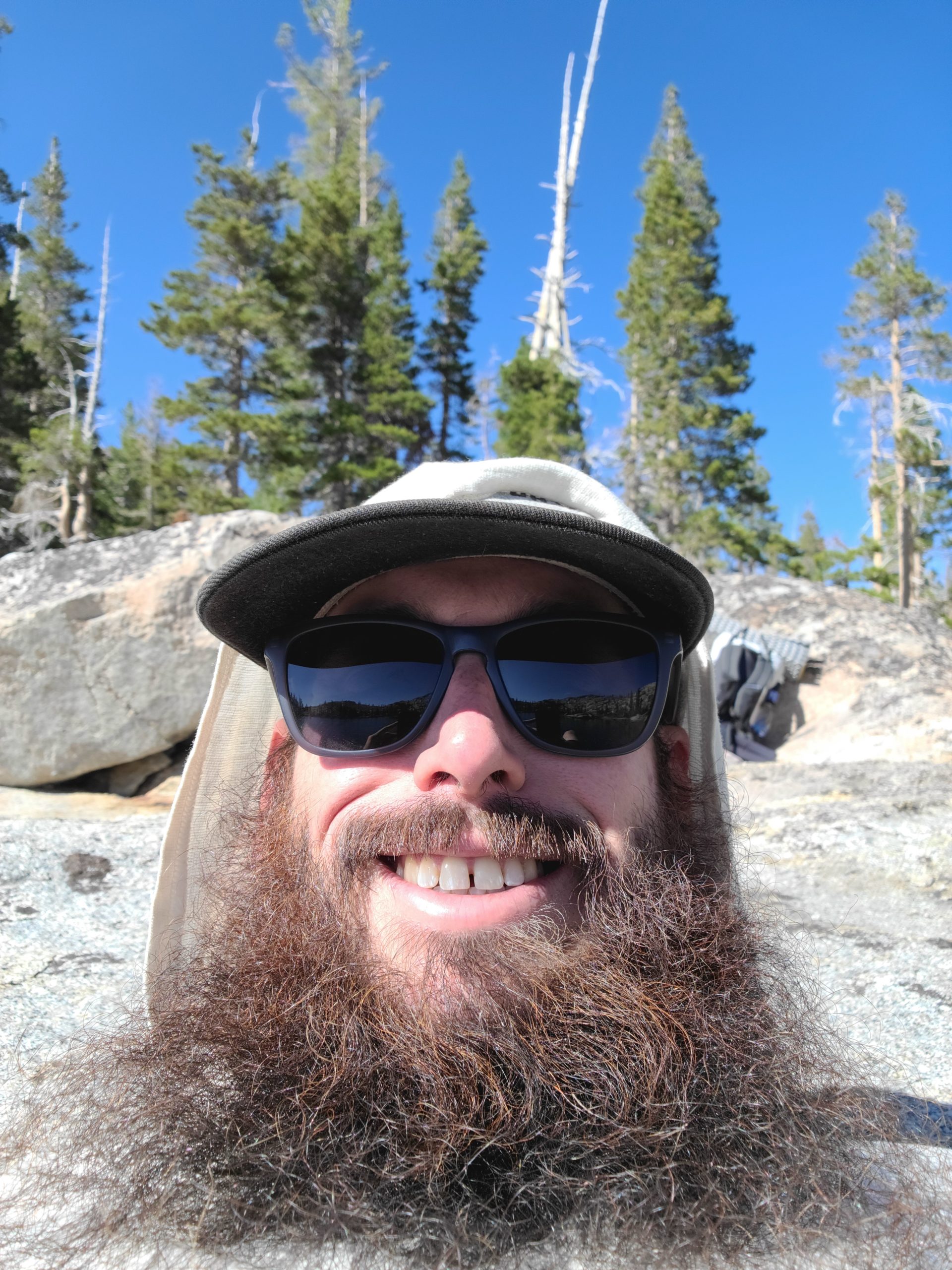 This guy is hiking the PCT!

Today I sit just a few days away from my start date with not a doubt in my mind that I will be setting foot on trail on May 10th. My emotions fluctuate between different levels of excitement, anxiousness, and nervousness. Even though I hope to never have to endure another year like 2020 again I feel like it made me mentally stronger and more equipped to take on this monumental adventure. It has been one hell of a roller coaster ride to get to this point, but I feel 100% ready to finally embark on what seems like a life long dream.  Bring on the PCT!

Out here trying live life to the fullest and see this beautiful earth one step at a time. Catch me on trail or meandering abroad. PCT 2020 NOGO turned PCT 2021 NOBO. Lets do this!