During my southbound hike of the PCT in 2021, I spoke to several NOBOs who’d hiked through the area that was still closed following the Lionshead Fire in 2020. Some hiked through the closure at night in order to reduce their chances of a citation. Others hiked through it during the day, and in several cases, they met trail assessment/repair personnel. Fortunately for those hikers, they avoided a potentially hefty fine. I was surprised at the number of people who not only broke the rules but were comfortable talking about it. This prompted me to start thinking about harm reduction as I continued heading south through Oregon. When I met hikers who planned to pass through the Lionshead closure, I simply mentioned that they might want to avoid night hiking or camping in the burned area.

In southern California, as I followed the Angeles Crest Highway through the Bobcat Fire closure, I passed several trailheads. I didn’t see any closure notices, but I did see warnings about potential hazards: loose rocks, flash floods, debris flows, weakened trees, falling branches, wind, rain, etc. I also met a hunter and a pair of day-hikers who weren’t aware that a closure order was in place. Thanks to the PCTA’s trail-closures webpage, I was better informed than those three local residents.

The PCTA website advised against walking the Angeles Crest Highway. Although road-walking through the Bobcat Fire closure was legal, it was also risky. There wasn’t much traffic the day I was there, but most vehicles were traveling at high speed. I witnessed exotic-car drivers who had more money than sense, automotive journalists who had a heavy right foot, and motorcyclists who had an apparent death-wish. I also saw a helicopter winching a drunk driver to safety. Details of the incident were provided courtesy of a tow-truck driver who’d unsuccessfully tried to retrieve the crashed car.

So, I understand that people will sometimes take unnecessary risks in their quest to complete the PCT. Keeping hikers well-informed can reduce their chances of being harmed, and the PCTA’s trail-closures web-page does this as effectively as is currently possible. It summarizes information from a variety of sources and offers sound advice. I’m very grateful that this resource exists.

It’s likely that the wildfire situation in western states will continue to deteriorate. More of the PCT will close, potentially for longer periods of time. It’s also likely that as hikers ignore closure orders, then talk about it with other hikers, this type of behavior will spread. Hopefully, very few people will be so irresponsible that they decide to cross an active-fire area. However, some are already walking through areas that previously burned but are not yet open. Their reason might simply be that the perceived risk of hiking through a burned area is less than that of a road-walk. As things stand, they’re making their decision based on incomplete information. 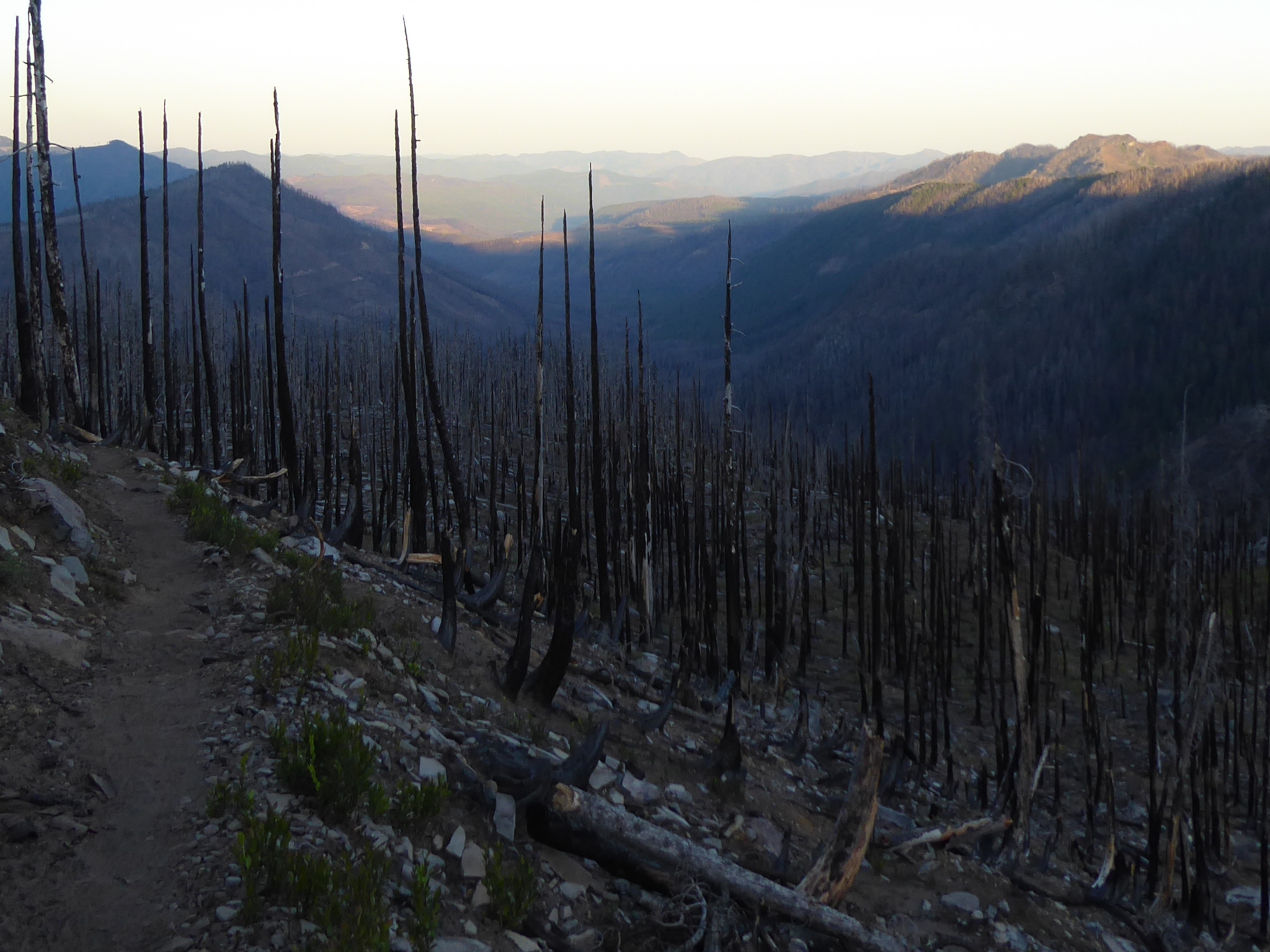 I’d like the government agencies that the PCTA liaises with to provide more detailed information about fire closures. The PCTA has a close working relationship with the US Forest Service, and I’m sure someone at the PCTA knows how to request a few changes, and who to ask.

PCT hikers are probably familiar with burned-area hazards in general, but they won’t know the risks specific to a particular closure. This is where the USFS can help. After inspecting the damage to the PCT, the USFS can publish the details of its assessment. It can provide a list of hazards, mile-markers, and an estimate for when each repair will be completed. If an assessment is delayed because of snow, for example, the projected assessment date can be made public in the interim. This is the level of information needed to satisfy an increasing number of impatient, determined thru-hikers. Closure orders simply stating that an area is off-limits for several years due to public safety concerns are unlikely to be as effective.

In 2021, I had to skip the entire northern California section of the PCT when all of California’s national forests were temporarily closed. In 2022, I returned to the section I’d missed, heading north this time. The PCT had reopened in the area burned by 2021’s Dixie Fire, but 2020’s Lionshead Fire closure was still in place. This type of inconsistency may also result in hikers ignoring closure orders, even if the USFS is doing its utmost to reopen closed sections of trail. Again, publishing the details of why the trail is not yet open would help.

I understand harm reduction is controversial, since it can be seen as condoning bad behavior. It’s not unprecedented in a hiking context though: it’s used at Grand Canyon National Park. If the National Park Service used the USFS approach, trails into the Grand Canyon would remain closed for most of the year. Instead, the NPS tries to keep visitors safe by providing them with all the information they might need. True, a large number of tourists have to be rescued from the canyon. However, PCT thru-hikers aren’t your average tourist, and perhaps it’s time they were treated accordingly.