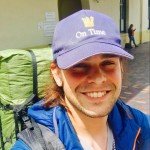 Last Train for the Coast: Getting to the Pacific Crest Trail

After spending the entire night double-checking my gear and labeling resupply boxes, I was finally able to lay it down for an hour or so of rest. I woke up to drink another cup of coffee with my dad as we discussed the adventure that lies in front of me. It was all happening.  I was finally getting to see all my prepping and hard work come to fruition, and in just a few hours I would be on a train bound for the West Coast.

We arrived at Union Station in Dallas, TX, about an hour before my scheduled departure. I checked my bag and was informed that the train to Los Angeles was already an hour behind. Horrible news to someone as anxious as I was. A lesson in patience was obviously on the agenda for today. 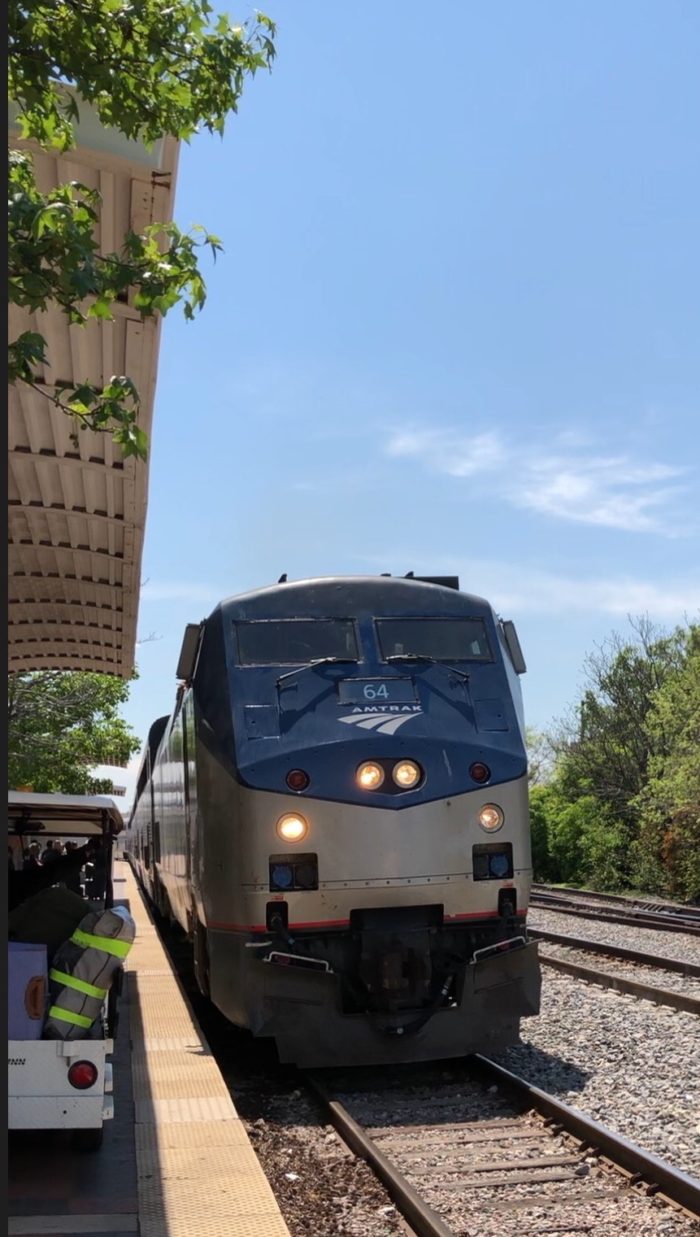 The little engine that could.

The train pulled up in style, fashionably late, wheels screeching and horns blowing. The rail attendant checked my ticket and instructed me to head upstairs to find a seat, which I did, right by the window. Having already been through most of Texas, I pretty much knew what I was getting into, which was nothing too special. At least not from Dallas to Austin. Although I was extremely excited for the trip through New Mexico, Arizona, and Cali.

We passed through several little podunk towns along the way, stopping every so often for the conductors to check the lines on the train. I was grateful they spent time doing such things as there were definitely some sketchy parts along the way. But so far it had been a fairly enjoyable ride and I couldn’t wait to see what lied up ahead.

We arrived in San Antonio at about 11 p.m. We were told we would be there for about three hours or so. Our cars were being added to another train arriving shortly. A couple of other guys I met on the way and I decided the microwaved burgers from the cafe car didn’t sound appetizing at all, so we walked a few blocks into the city to get some grub at a Denny’s. I wish we would have known that was a mistake. Having several years of service industry experience myself, I can say that it was a pretty awful experience, but hey, what can you expect. Nonetheless, we had some food in our bellies and smiles on our faces as we headed back to the station.

I attempted to cozy up and get some sleep through the night. I think I might have slept a few hours or so on and off. When I awoke we were still in Texas. We spent the remainder of the day stopping and going every 20 minutes or so while we waited for freight train traffic to pass us. The conductor was kind enough to inform me that the freight lines have the right of way since they own the tracks. Makes sense. Money speaks louder than words… and people apparently.

As we arrived at El Paso, our final Texas destination, the conductor told us we would be able to get off the train and stretch our legs for a moment. A much-needed break to say the least. I walked up and down the railway for a moment and met a woman there selling burritos. Good ol fashioned bean and cheese. Mmmmm, that’s the good stuff right there. Mexican soul food. I can say without a shadow of a doubt those burritos were the highlight of my train experience. Thank you, you sweet, sweet woman. 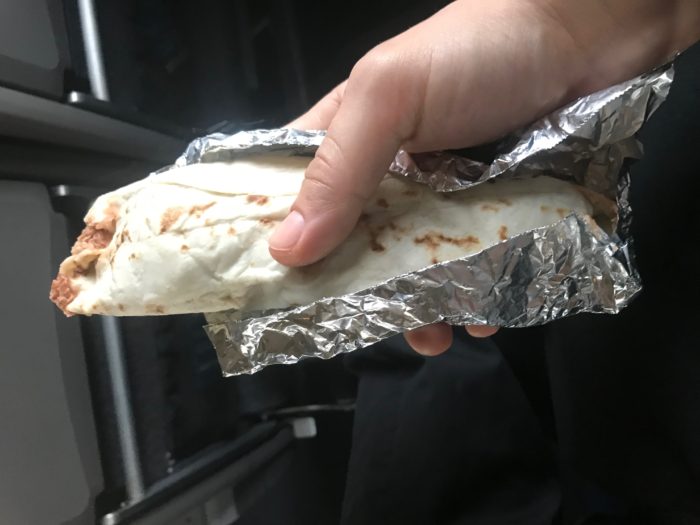 Texas street food at its finest. 🙂

I scarfed down my first burrito as the horns blew and the conductor yelled “All aboard!” Turns out that is a real thing. We trucked on and finally made it out of Texas and into New Mexico, where I began to drift in and out sleep again. As I woke up I heard the engineer across the PA telling us we would be arriving in Tucson shortly. We made haste and in no time at all were in Phoenix, only a few short hours away from California. Strange how little time it takes to get through any state other than Texas. I was grateful. The words stir crazy were an understatement and I desperately needed off the train.

As we made our way for the coast I stared in awe of the mountains we passed along the way. Many of them were still snowcapped, which was quite unnerving after hearing all the talk of people getting injured.  It’s been a heavy snow year and it shouldn’t be taken lightly.

We got into Los Angeles a couple hours late so I had to catch a different connecting train into San Diego. Luckily it wasn’t a big deal; I had plenty of time to get to the next track and get settled in. I was right on time anyway.

On the train from L.A. I met this guy from France named Sullivan who’s hiking the PCT this year as well. I spent the next few hours talking with him about gear, the desert, the snow, and everything else. It was awesome to speak to another hiker and brainstorm, rather than keeping it in my head. We all have hungry eyes looking forward. It was a pleasure to meet him and I hope his hike is everything he wants from it. That goes for everyone hiking this year. May peace and love be with you on your journeys. Can’t wait to meet all of you. You’ll find me out there soon. Real soon.

Hi! My Name is Ben. I'm an artist in every sense of the word. I've got a nomadic soul and an insatiable wanderlust. I'm a dreamer and a lover and I believe that humans might still have a chance. Just barely though. I'm hiking the Pacific Crest Trail this year with the hopes of spreading Leave No Trace principles from the wilderness back to the Concrete Jungle. Lets help each other make a difference!