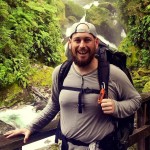 Trail Magic on the Te Araroa

Christmastime was on the horizon and I thought what better way to celebrate then doing my first trail magic on the Te Araroa (TA) in New Zealand. As it turned out not many walkers on the TA knew what trail magic or the concept was. The only ones familiar had completed the Pacific Crest Trail (PCT) in previous years. Come to think of it, since 90% of you reading this are probably my family, you probably aren’t aware of what it is either. 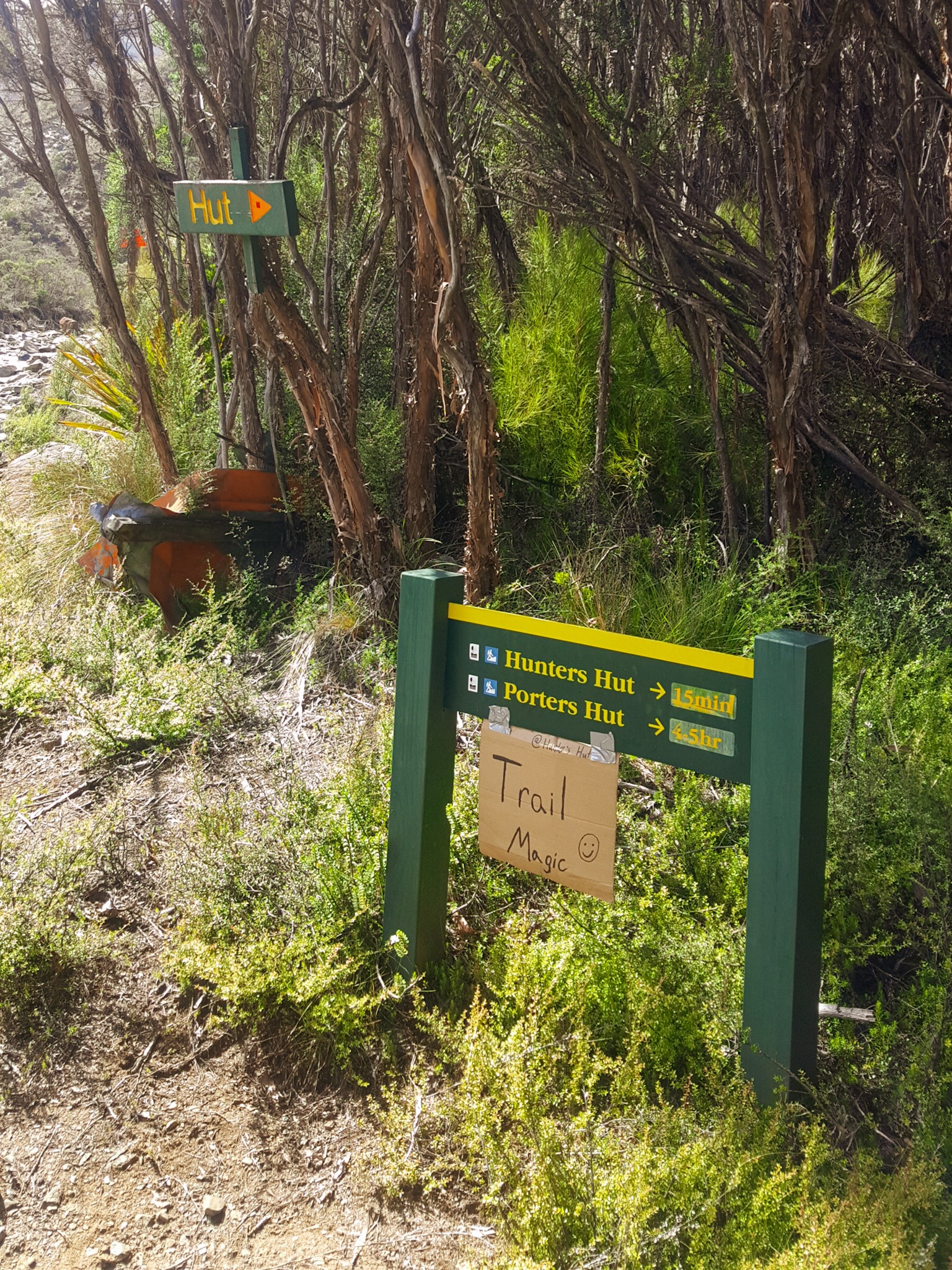 Is there a magician up there? Drugs?

First Off You Need to Know What a Trail Angel Is

And the Deed They Provide

“Trail Magic:  When a trail angel provides random acts of kindness to thru-hikers in the form of food, water, soda, beer, chairs to sit on, transportation, lodging, and gear.” (Via Emily and Parkes)

These quotes come courtesy of Emily and Parkes, two others from the PCT class of 2020 also blogging for The Trek. They did a better job defining these terms then I could have, and put together a killer post on more thru-hiking terminology, Dirtbag Dictionary for Dummies. I highly recommend you go check it out if you want to better understand the unique slang that I’ll be using throughout my journey.

Back to the Magic

I spent countless hours studying TA and New Zealand topo maps trying to find the ideal place to provide some trail magic. Then I found the perfect side trail and the spot I would set up my magic: Hunters Hut in the Richmond Ranges. It lies a couple of days from the next town along one of the TA’s most challenging sections. At this point many of the hikers would be stretched thin on food, some on the back end of a nine-day (some shorter/longer) food carry. 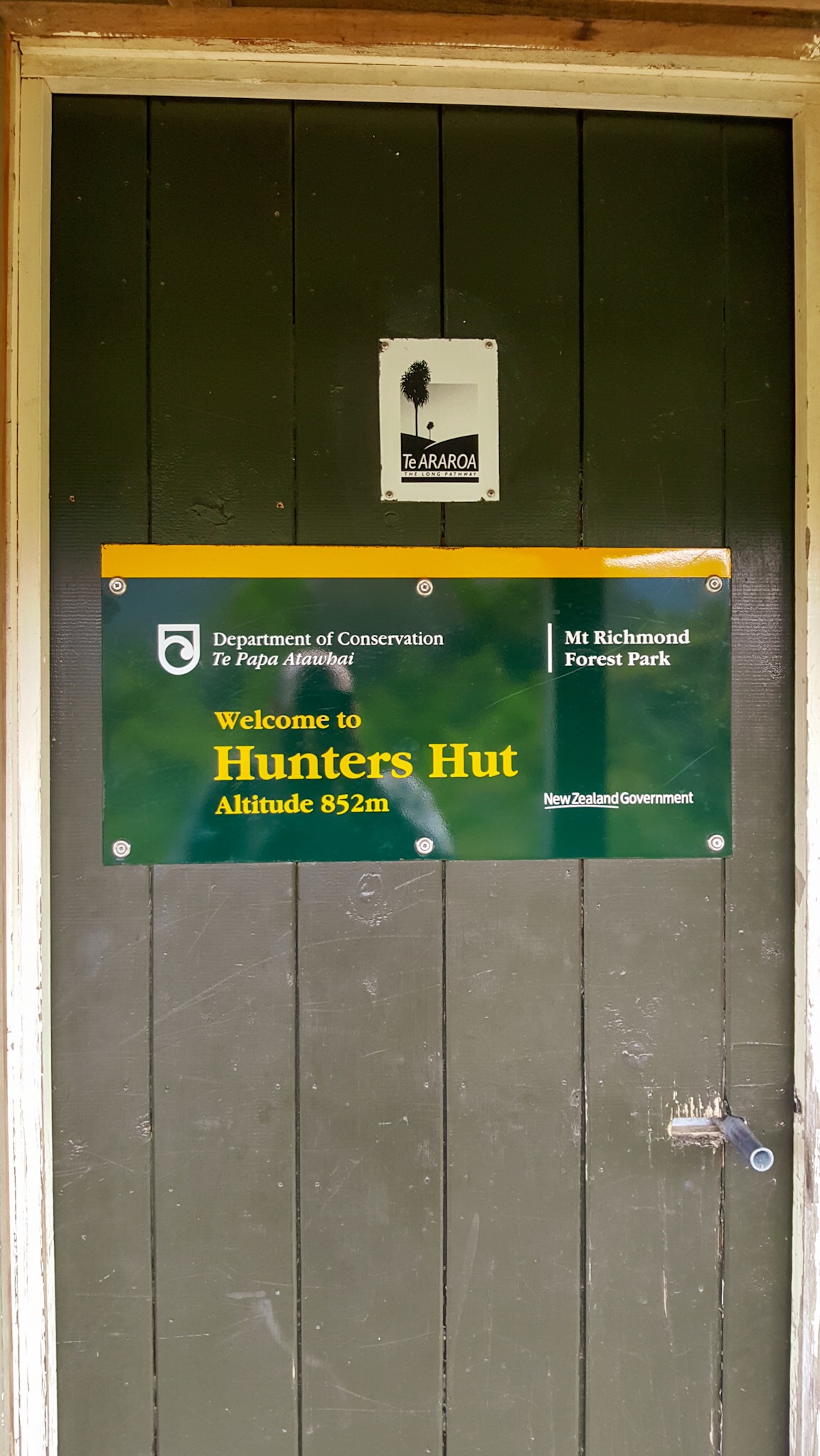 After I found the spot it was time to devise a plan on what to bring. Everything had to fit in my ginormous 70L Osprey pack (don’t worry, I have a smaller/lighter one for the PCT). I reached out and posted a poll to the TA Facebook page to see what they would desire more to find at trail magic. The people spoke and beer and fruit would be what I brought most of.

The next challenge was getting it all to fit, but with some creativity everything fit surprisingly well. All I had to do now was carry this 50+ pound pack up and down 2,000+ feet in about five miles. I took my time to be nice to my knees, and still made decent time.

I set up shop and waited for the hikers to arrive. The first to arrive was probably my favorite reaction of all. It was his first backpacking trip and had no idea what trail magic was. He saw all the food and was shocked, but it was the cold drinks that put him over the top. He thought the cold Fanta was the best thing ever. He made sure his buddy saw him drinking it as he walked up the hill. He was so excited and then exclaimed:

“Dude you are a legend! Probably the most legendary person I’ve met, and I’ve met some pretty legendary people. I met Mick Jagger, and you are more legendary then Mick Jagger!”

Others continued to arrive and were thrilled at the offerings as well. The only ones who had an idea of what trail magic consisted of was a couple from Australia who had hiked the PCT in 2017. The PCT alumni were not shy and had a few beers, and were elated when they found out I also brought vegan sausages. The rest were a bit shy and took some convincing that I really brought all of this for them. 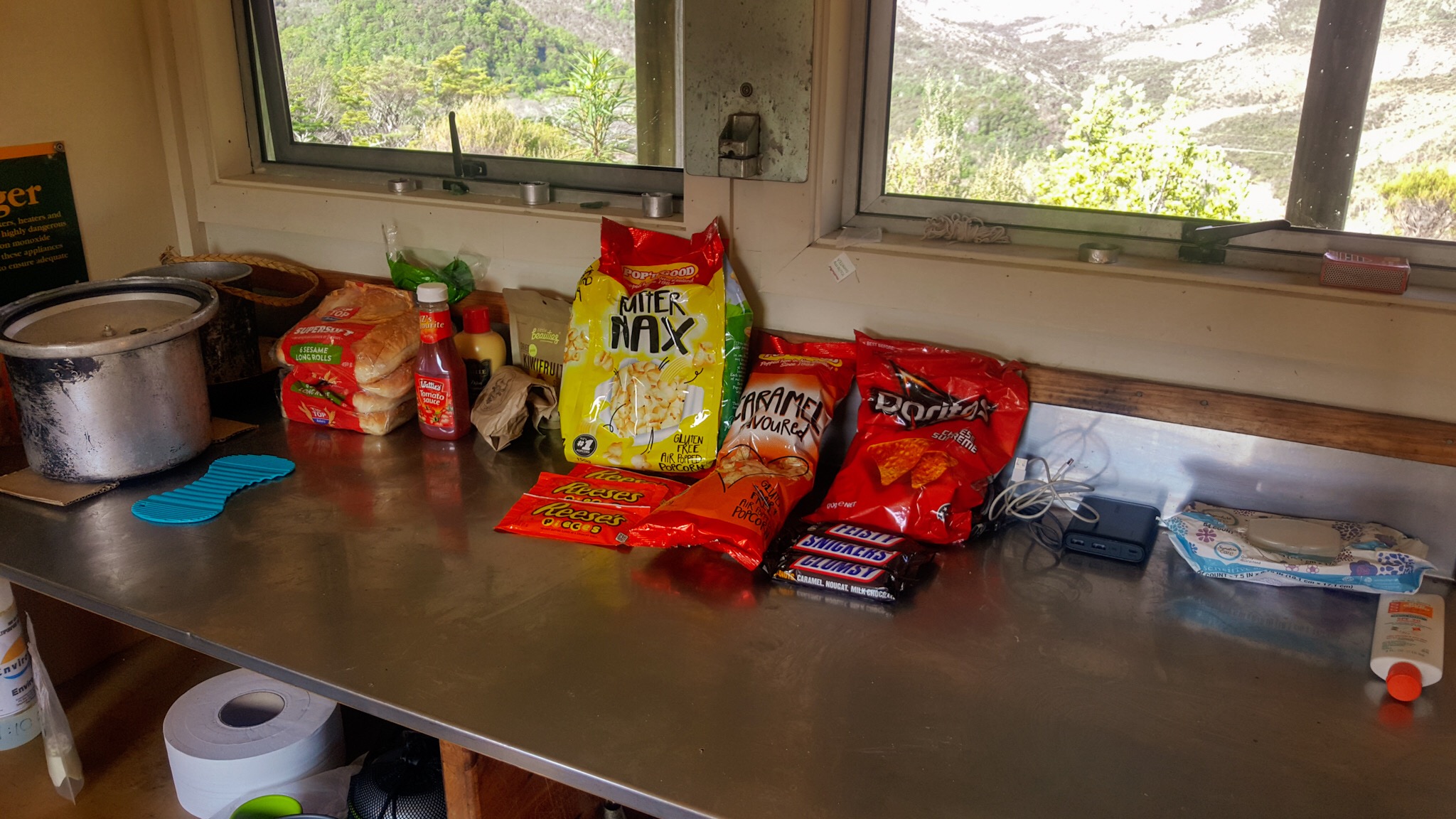 The goods. Beer and drinks outside.

Nonetheless, after the first night I still had leftover food and beer. I definitely wasn’t about to carry it back out, so I decided to stay another night. The extra night put me there on Christmas Eve. As the night progressed I thought I was going to spend Christmas Eve by myself, but then the next group finally started to show up a bit after seven in the evening. This time nobody was shy and we polished off the remaining goodies.

We gathered around and celebrated the holiday in true hiker fashion, enjoying the items I brought as well as some from others. Some of them donned Santa hats. A Canadian even packed out spam for his Christmas ham and shared it along with his whiskey. We cranked up my Bluetooth speaker and had a grand time. It was the first time it felt like the holidays for me with being overseas and I couldn’t cherish the moment more. 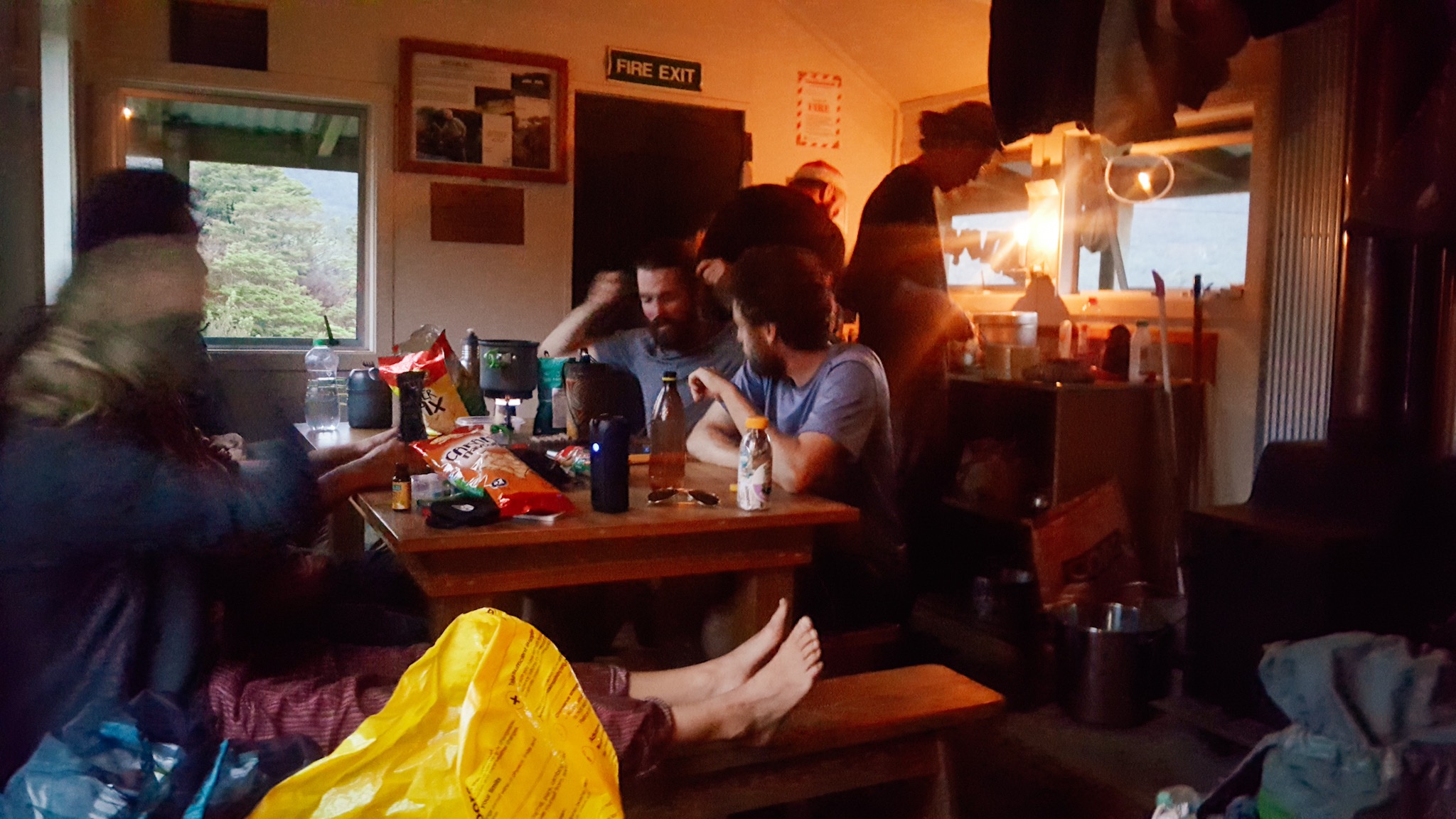 I am so happy I took the opportunity to reciprocate the acts of kindness I am surely going to receive on the PCT next year. I now see why people are out there acting out of the kindness of their hearts and helping lift hikers’ spirits when they may need it the most. Safe to say I enjoyed supplying my first trail magic and it certainly won’t be my last time. I am already looking into where I can do it on the North Island for TA hikers and am sure I will continue to do my part when home in California.

Lastly I want to thank all future, past, and present trail angels for doing what you do. You are all rock stars, and cherished by the hiking community. Much love! 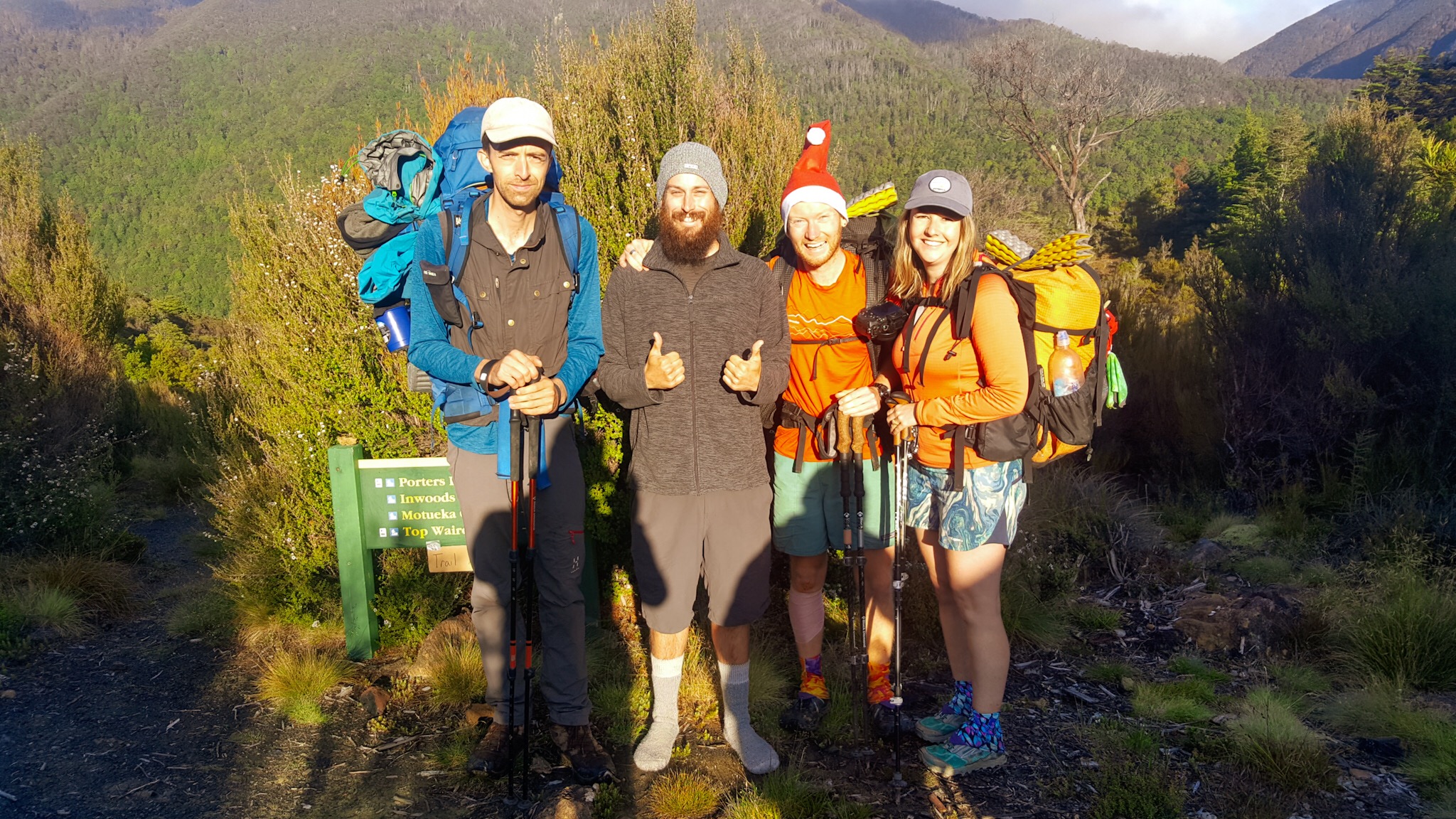 Some of the amazing people I met. 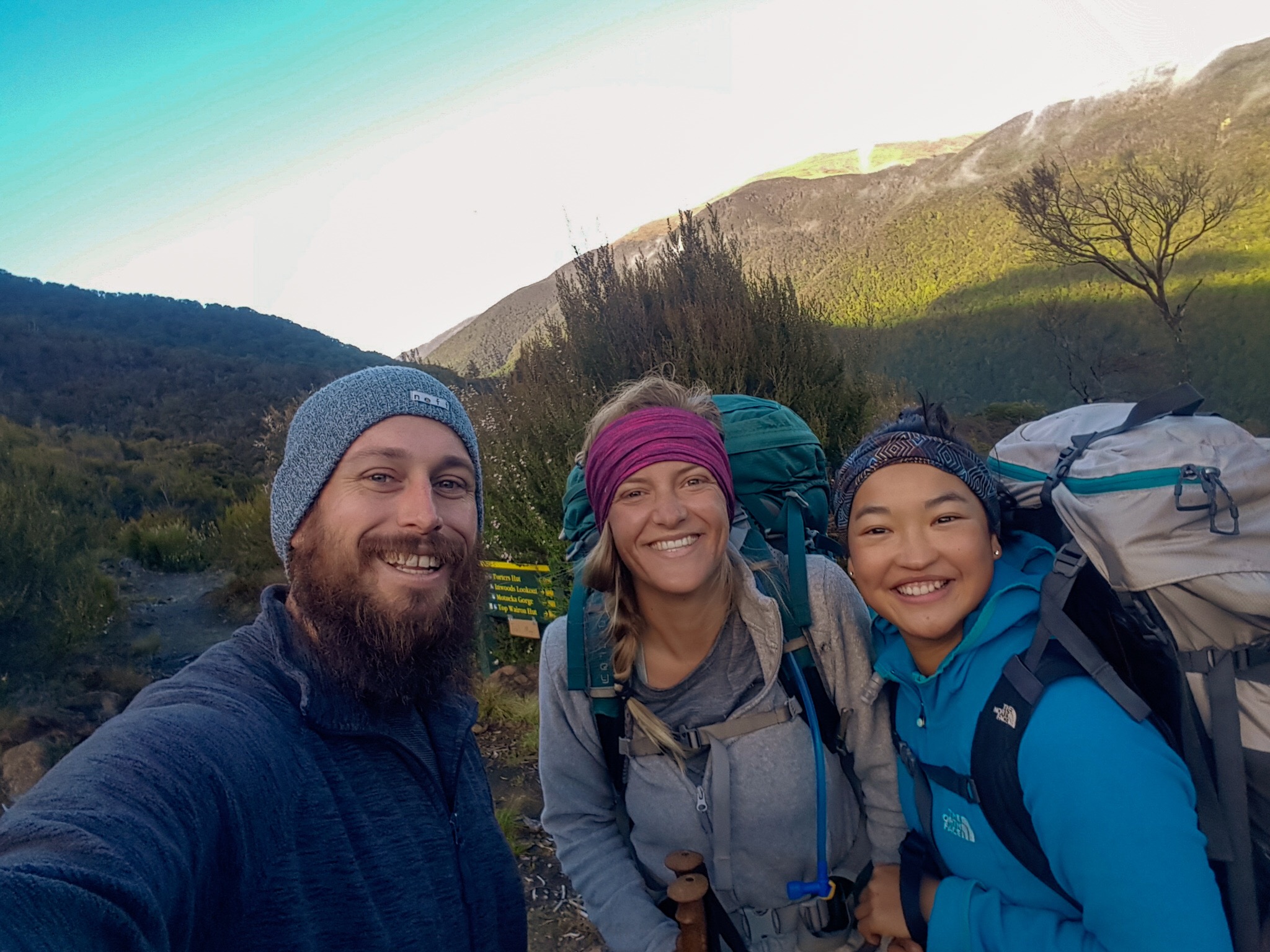 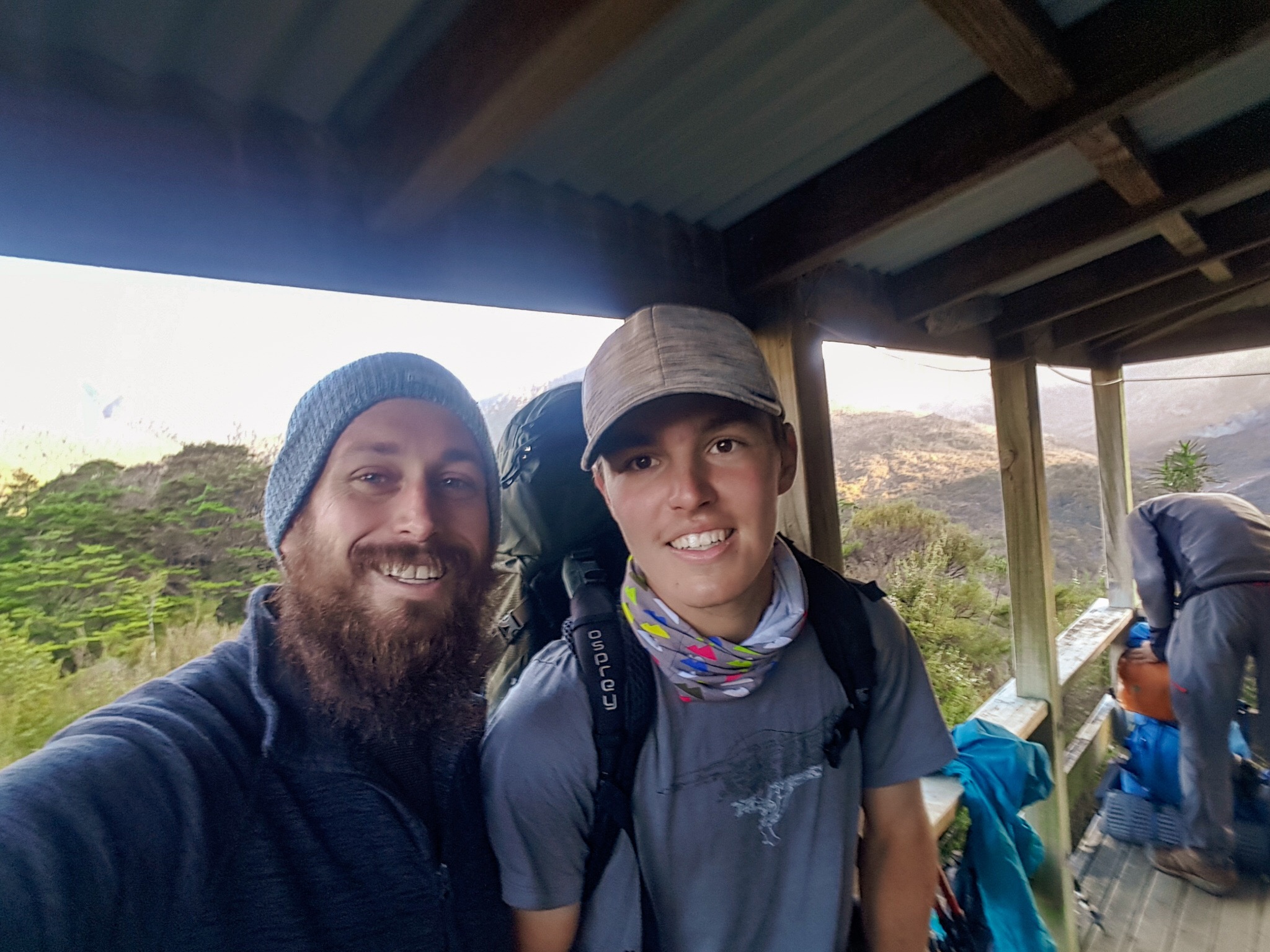 Out here living life to the fullest. Trying to see everything this beautiful world has to offer one step at a time. From Northern California, but currently in New Zealand training for my PCT NOBO 2020 journey.