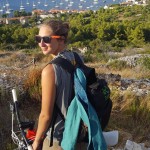 Living at three miles per hour

One of the questions I asked my old Sierra crew – S&M and Flicker – was, if you wrote a book about your experience on the PCT, what would you title it? I thought then that I would title my imaginary memoir, Thinking at Three Miles Per Hour. That has since changed to, Living at Three Miles Per Hour. I thought a lot while on trail, but my life was so much more than what was going on in my head. I can now walk faster than I ever have in my life, yet I have never lived as slowly as I did while on trail. We pushed our bodies and miles all the way to the bitter end, sometimes walking more miles in one day than people walk in five, but we did not have 4,000 things to focus on or do, or an absurd number of places to be. We were able to totally immerse ourselves in whatever place our feet stepped, enjoying the sights, sounds, smells, and sometimes even tastes of our surroundings, the people we were with day in and day out, and the amazing capabilities of our bodies. When you live as slowly as we did, you learn to be extremely grateful for what is around you and how to appreciate everything, down to the last slime-covered toadstool. 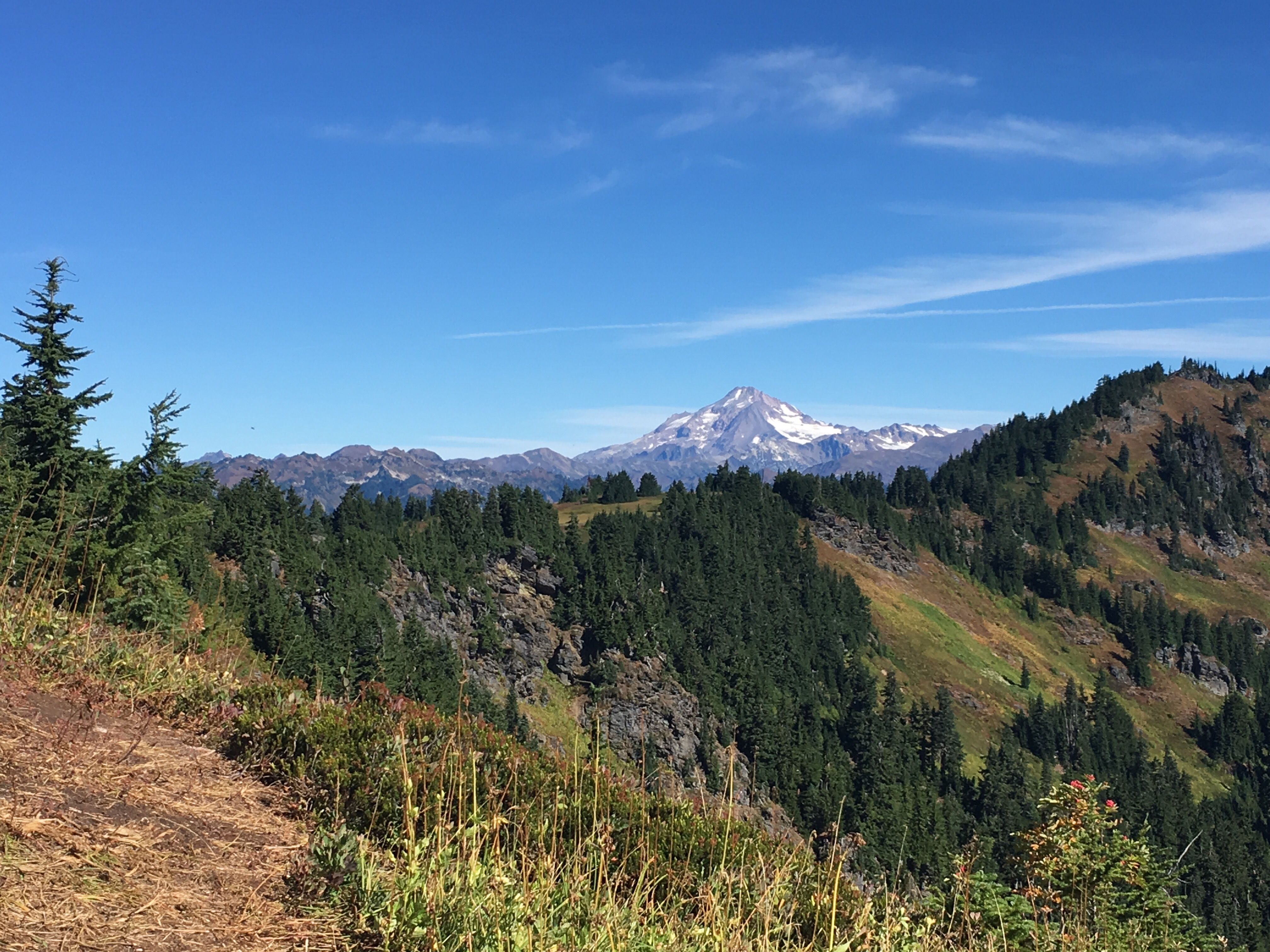 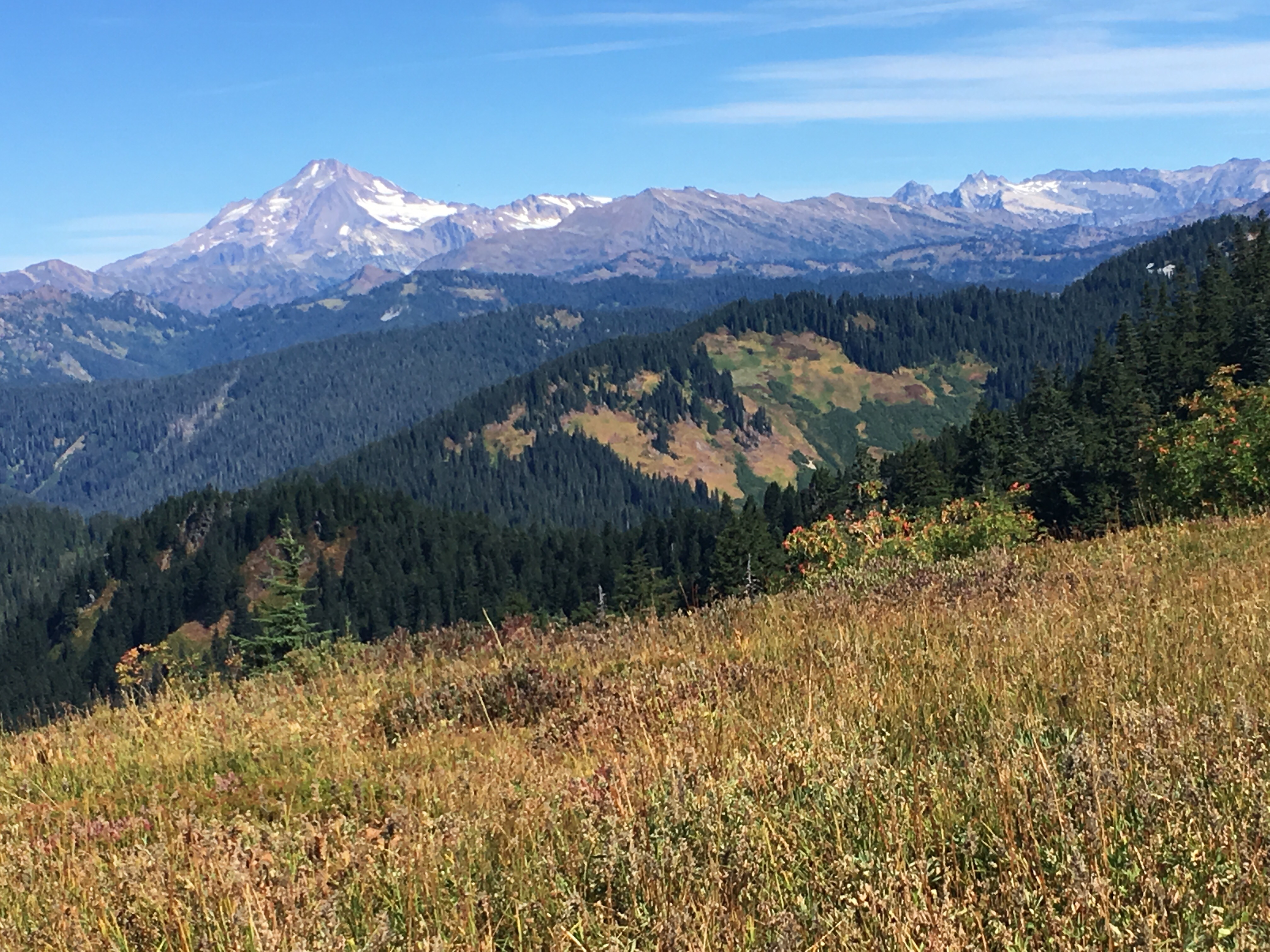 And now, that slow life is over. One hundred and thirty nine days later, 2,658.9 miles later, my trek on the PCT has come to an end. Actually, it ended almost two weeks ago, so I really have had time to think about it. And cry, and think more, and cry more. Even two weeks later, I am still struggling to put into words just what this trail did for me. Really, I should just direct you to Alexa Shapiro’s last blog cause I think she did a stellar job of describing what makes the trail so special. But I’ll try my best.

Steven’s Pass to the Border

But first, Washington. Beautiful, fall colors, up and down, Washington. Steven’s Pass to Manning Park has got to be the most beautiful section of the PCT. I think I spoiled its beauty a bit cause I successfully made it through No Wash Washington. Twenty-four days of dirt coated my skin, hair, and clothes. Well, ok, maybe less cause I did swim at least every 5 days. In the end, I was really only eager to do laundry. My dislike for showers continues on… 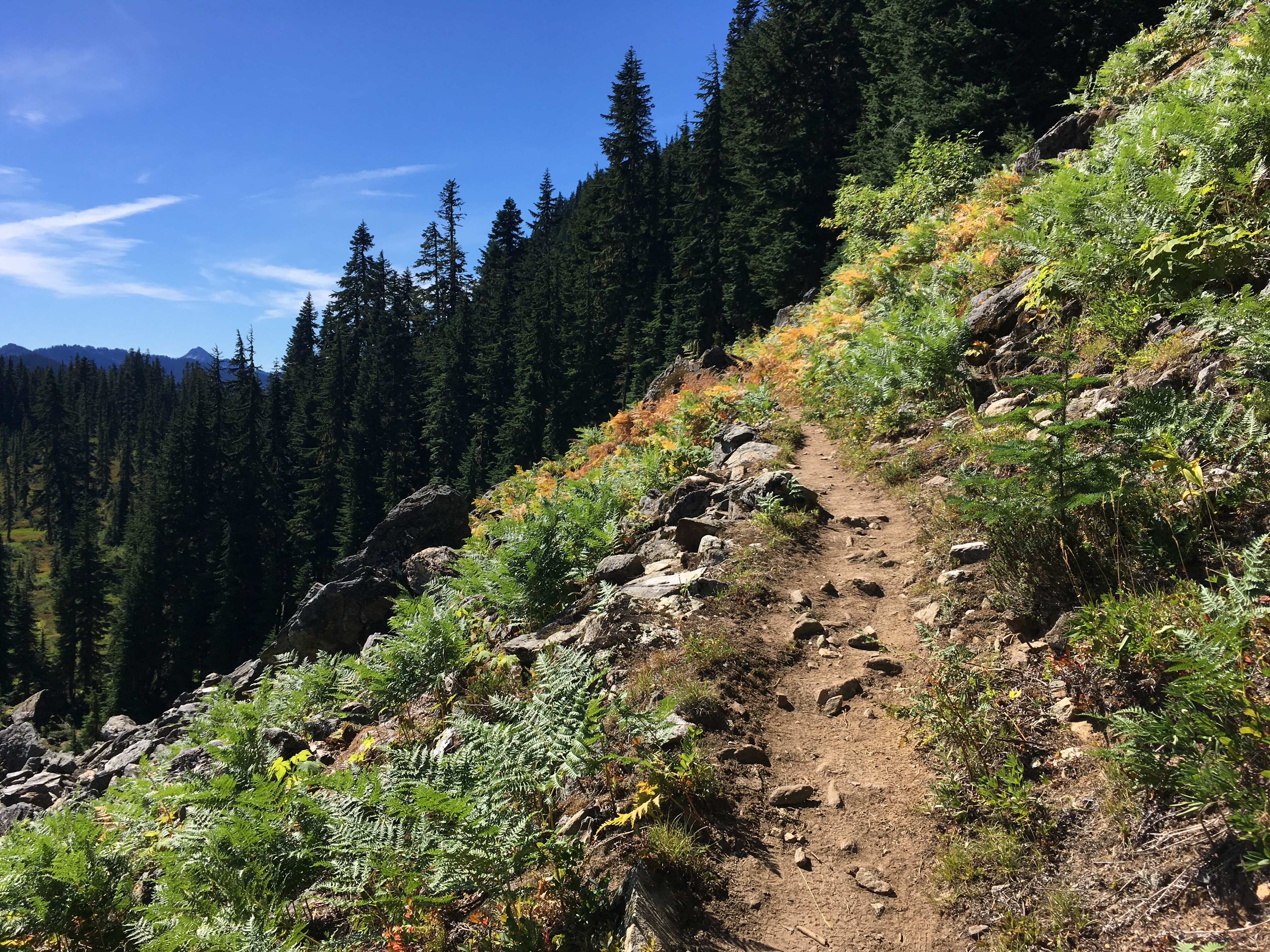 Ok, Washington. Everyday was filled with glaciated peaks, red, green, and yellow meadows, fat, fat blueberries, and clear, blue lakes. Our elevation gain and loss each day was insane, usually between 5000-6500 feet, and that was only doing 20-25 miles a day. We swam in lakes with awesome echoes, where our voices yelled right back at us, and camped atop peaks with the most spectacular sunsets and sunrises. Glacier Peak rose before us as we walked allllllll the way around it. Yes, one day I am going to climb that too. The Milky Way rotated above us every night, surrounded by the most stars I have ever seen. Flicker and ATeam surprised me on trail, and Peanut swam in his donut pool floaty. So rad. 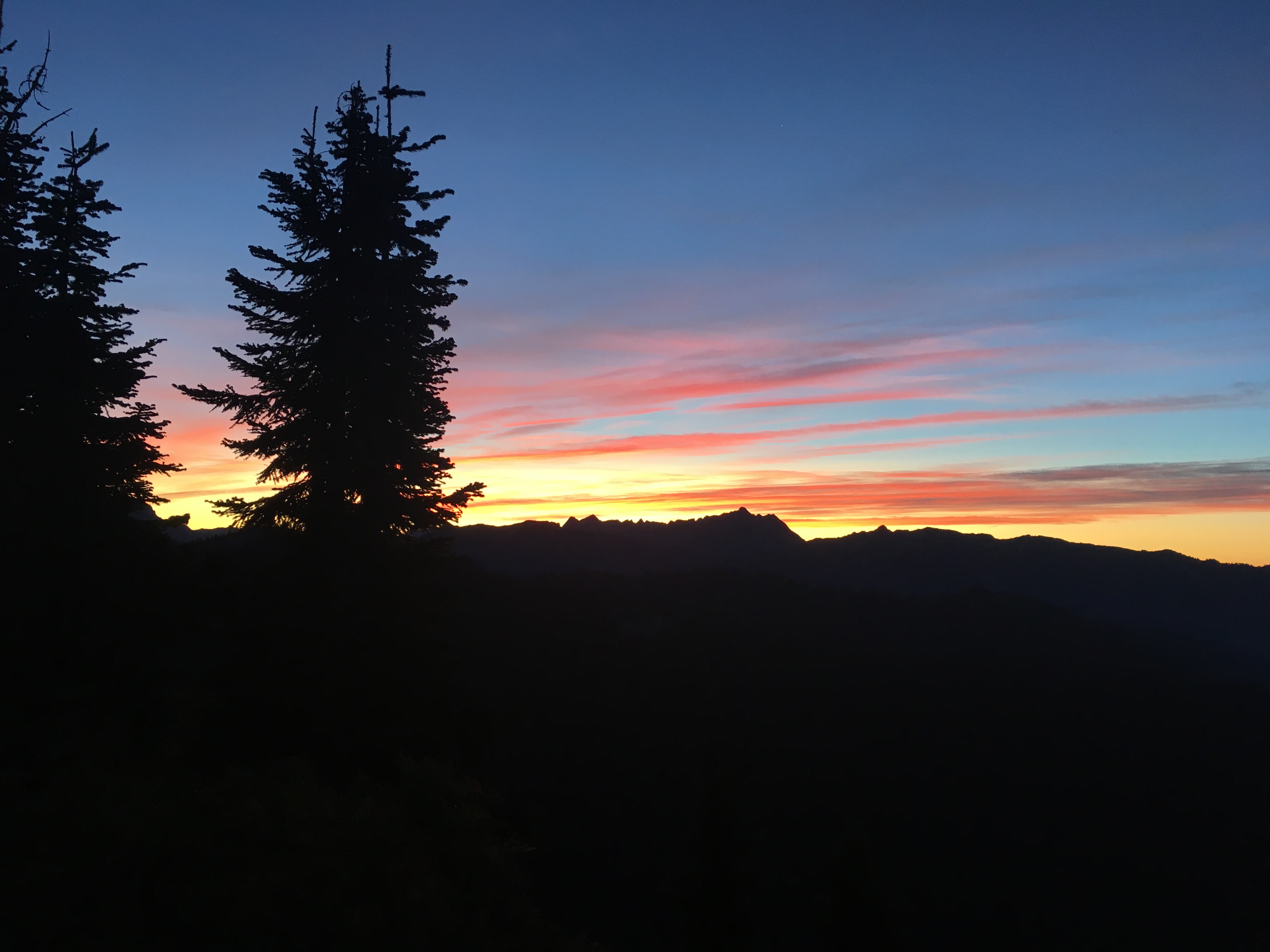 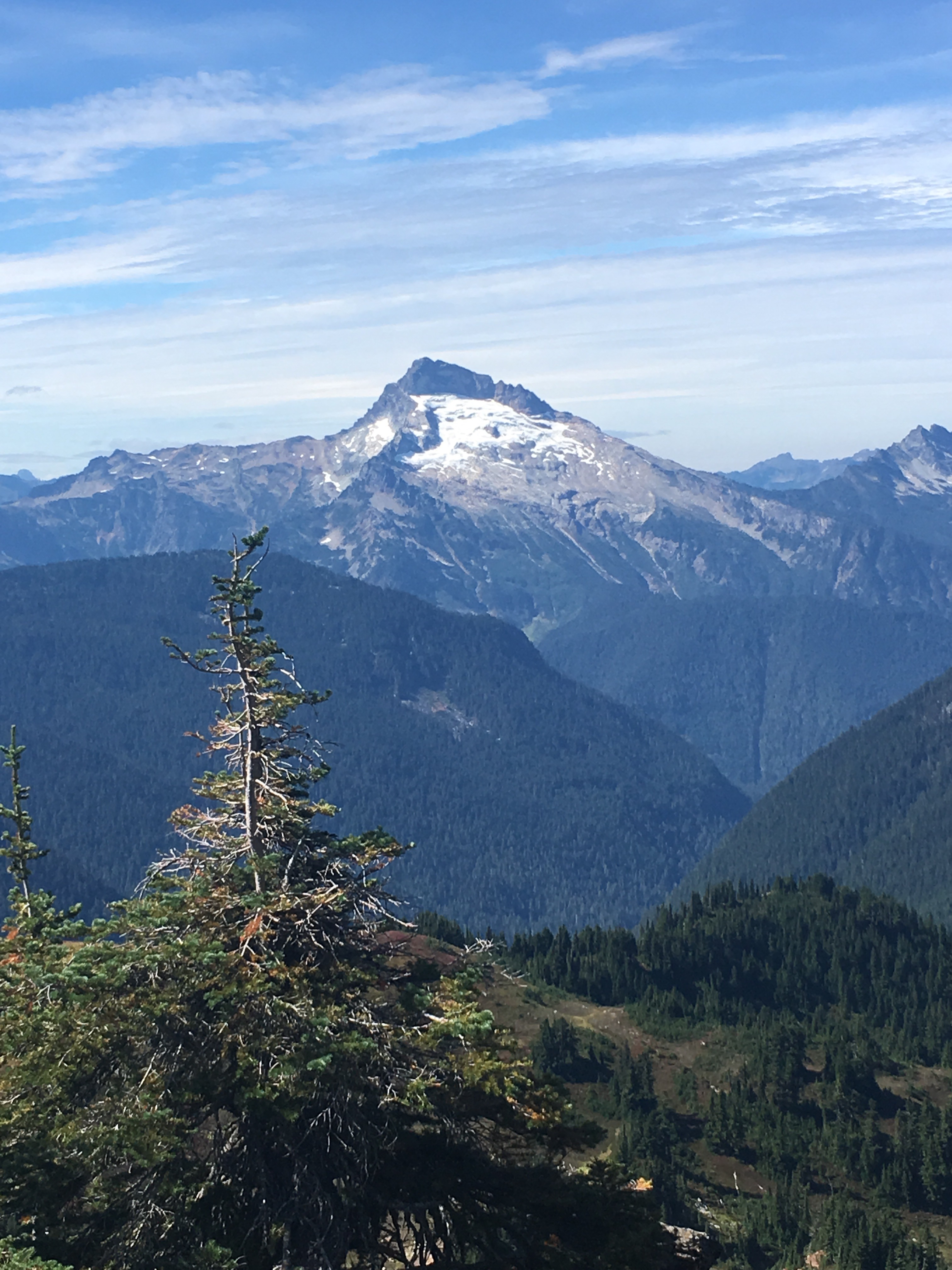 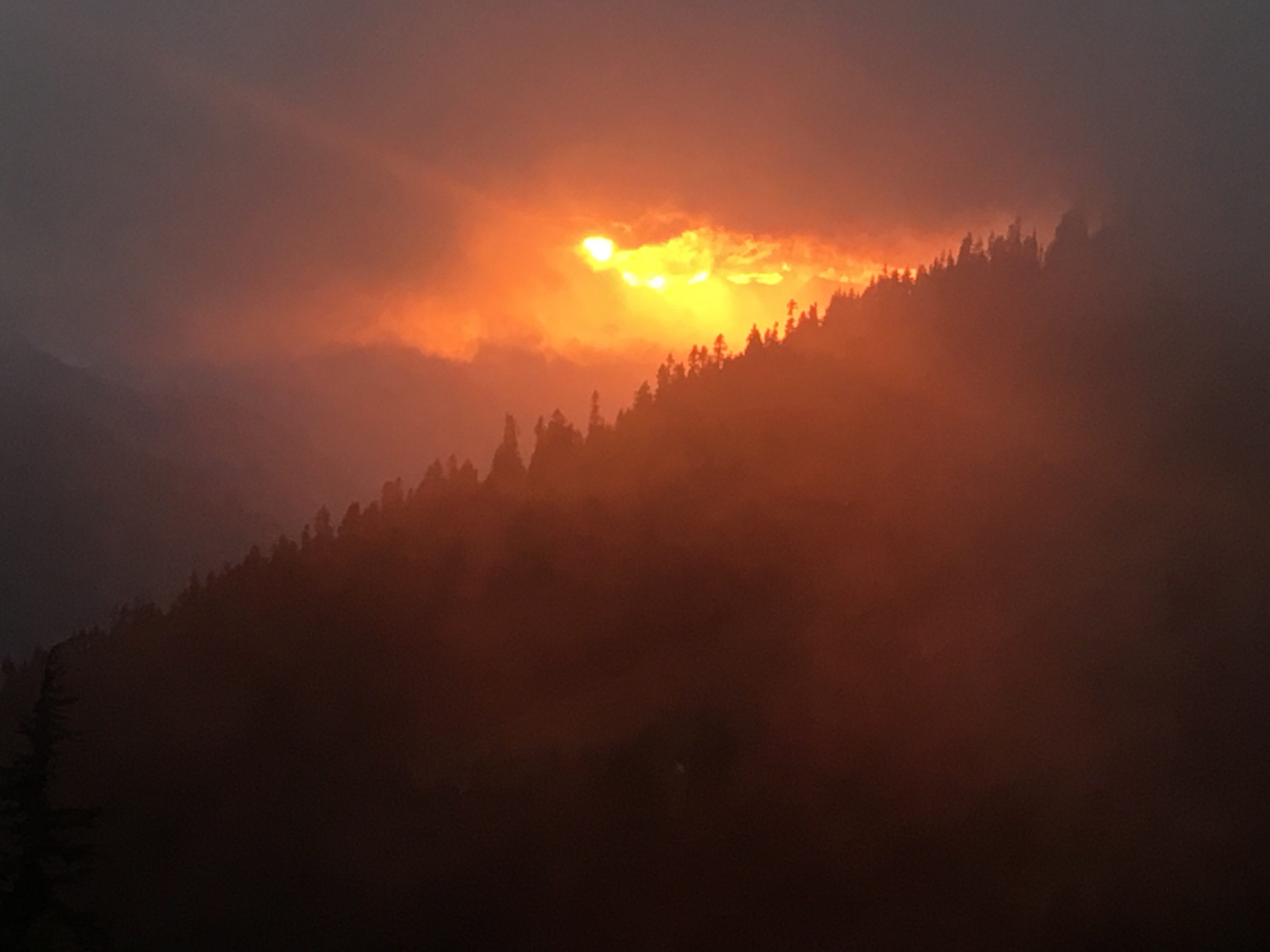 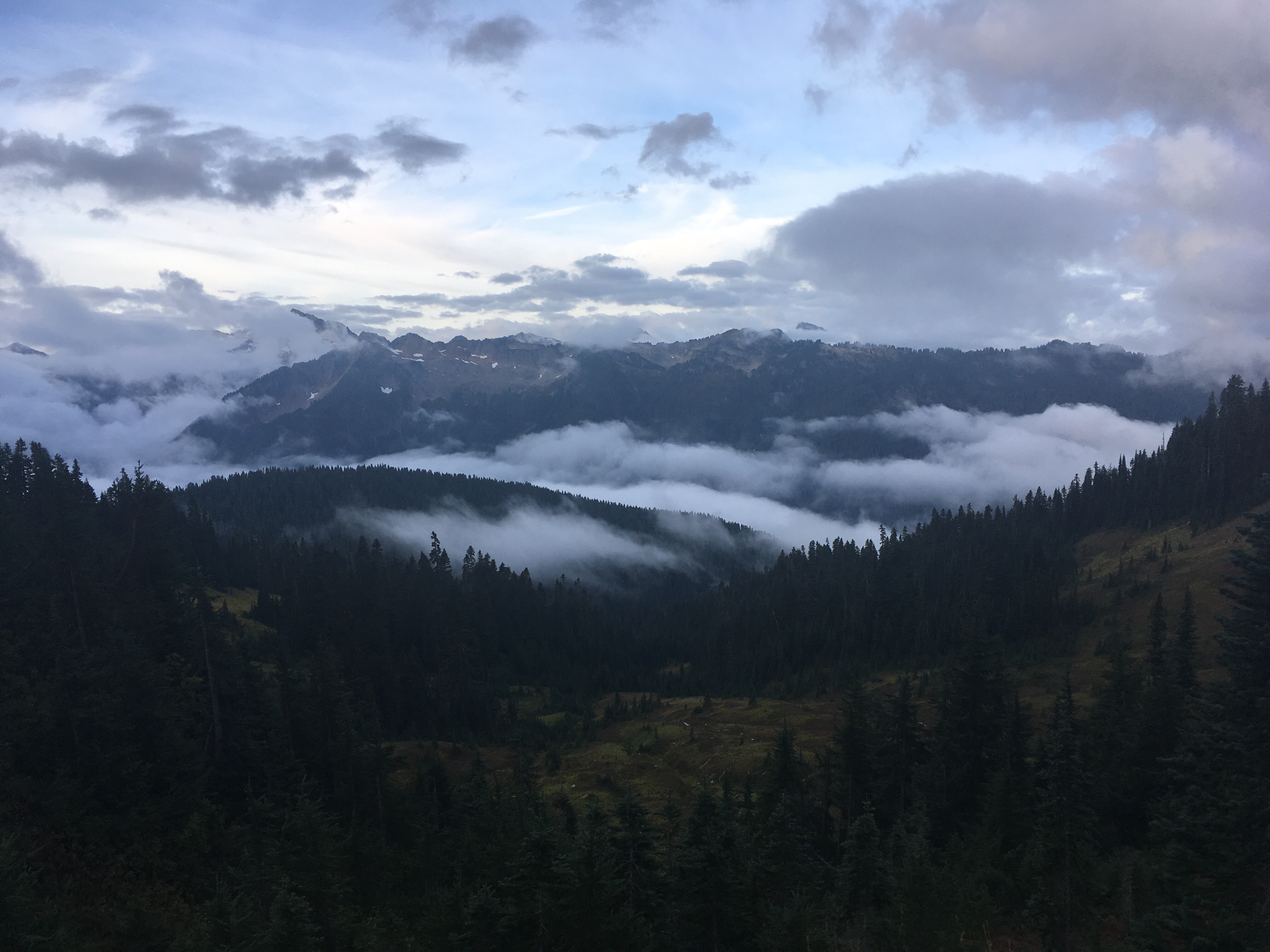 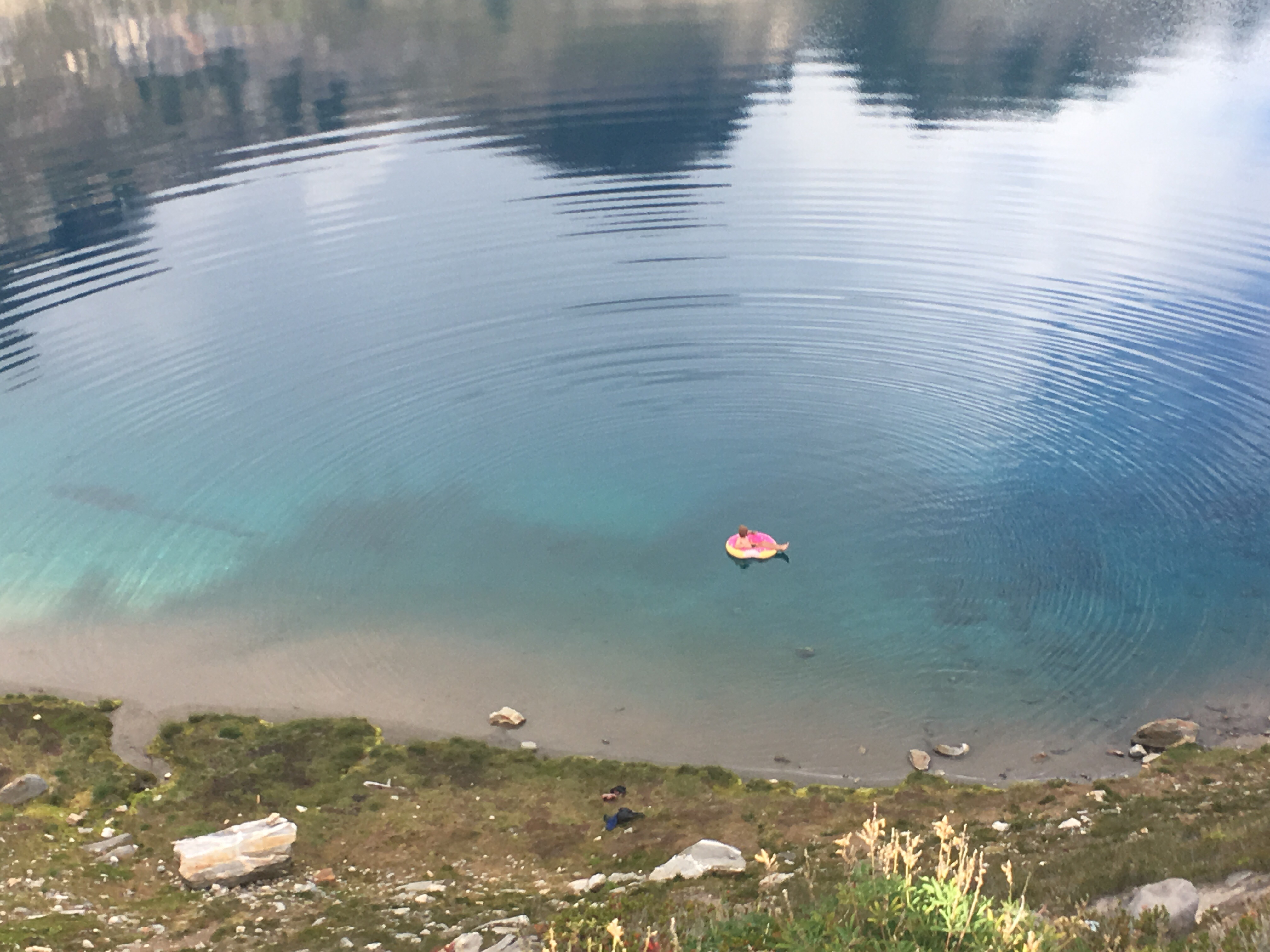 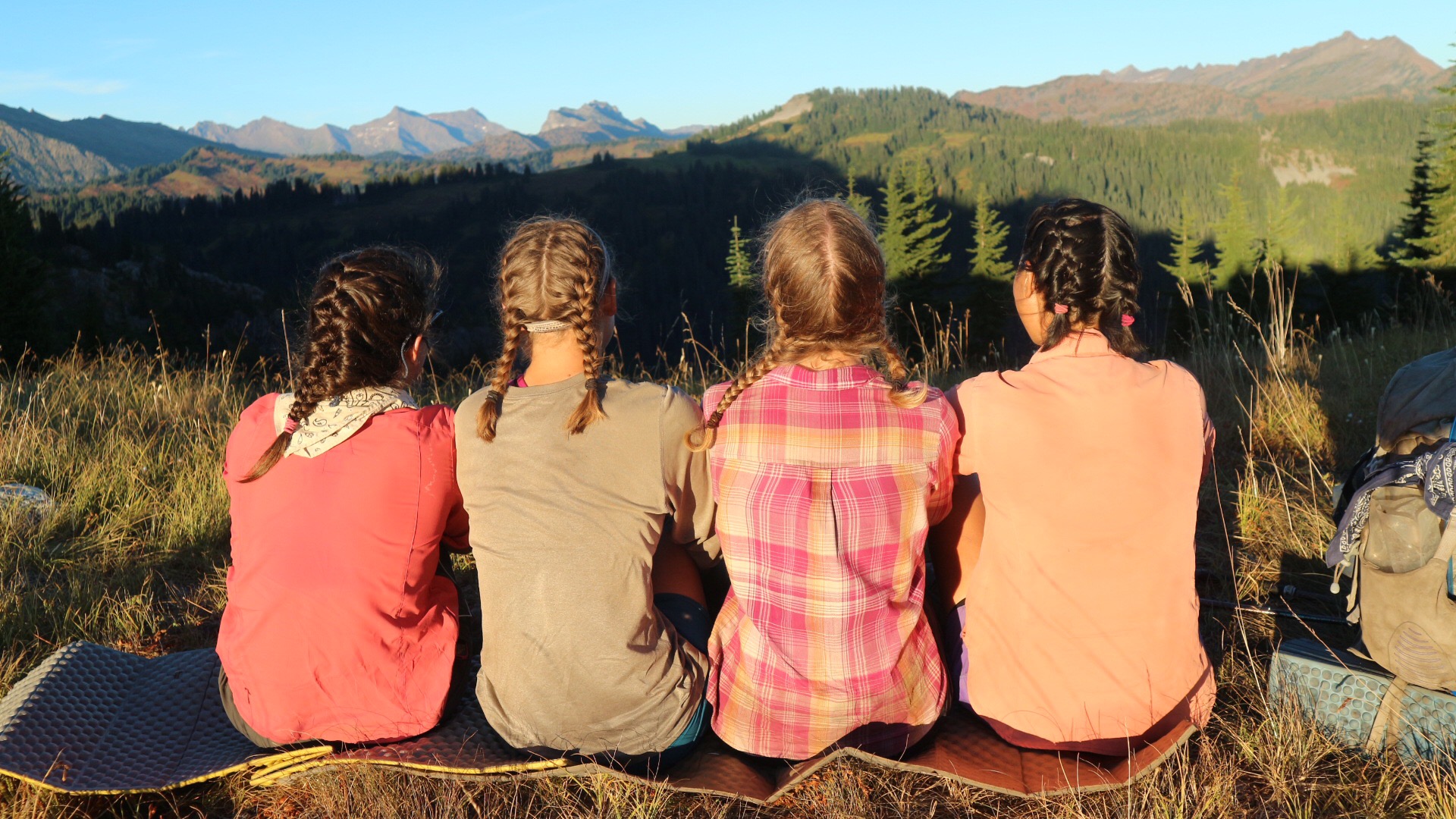 The Stehekin bakery was all I ever hoped it would be. We took over the shuttle into town – 33 hikers on the bus – and then took over the bakery, where I spent my life’s savings and probably ate a lifetime’s worth of calories. I found Dani and Jimmy’s signing in the registry at the post office, got real excited, and then got back on trail. 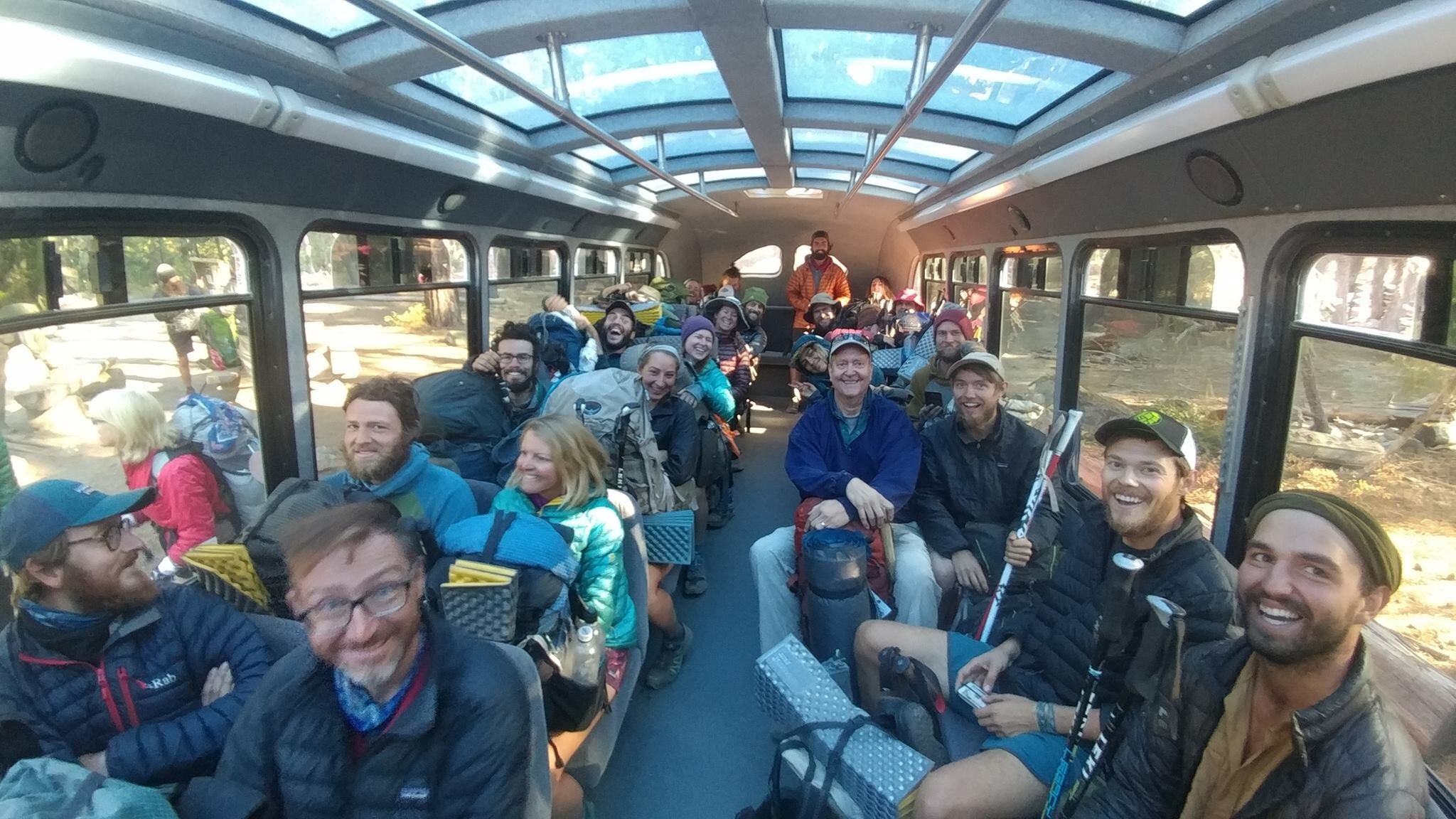 The miles left slowly dwindled and conversations revolved around memories and life after trail. It’s hard, cause you want to live in the moment your last days on trail, but the ever-present doom of the end is impossible to ignore. The last pass, the last big climb, even the last ramen bomb, you want to take it all in without the distraction of the eminent future. We knew there was going to be weather, possible snow and rain, and that was motivating us to go faster as well. We were racing the clouds to the finish, while still holding onto the “last one to Canada wins” slogan. What’s worse, camping with perpetually wet gear or…the end of the adventure of a lifetime?

Our last day on trail was perfect, more than anything I could have asked for. We woke up to a blanket of snow around us; falling asleep to dirt and waking up to white is one of my favorite things. We watched a stupidly pretty sunrise and began our walk through the snow-dusted mountains. It was breathtakingly beautiful. The sun broke through the clouds and lit up the mountains so that the fall colors shown through the inch of snow covering them. We got to see people – Bender, Barista Bob, Trail Dad, Dirty A, and Two Taps – who had finished and chosen not to go into Manning Park, walking back. I was in bliss, pure, sweet bliss. Spending my last 24 hours in the most amazing setting with the most amazing people. I think it helped that this was our second to last day on trail, so the gratitude for life was real high; it was probably my favorite day on trail. I could not have asked for a better way to say goodbye to the dirt beneath my feet that had been my home for the past 138 days.

It snowed more the last night, around two inches, so we were making first tracks on the trail down to the monument. It was a winter wonderland and then suddenly, there was the monument right in front of us. The Canadian border. 2650 miles of trail completed. Just like that. I didn’t get emotional there, just was in shock that it was right in front of me. Three wooden posts. Boom. Done.

We spent a long time there, taking photos, waiting for the Naked Suncups, swing dancing….Someone played swing music and we all started dancing for a good ten minutes. It was surreal but it didn’t feel like it was over yet. I was stoked to finish with who I did – Flicker, ATeam, Baby Carrots, DG, Fireball, and of course, S&M. I couldn’t have asked for a better group. My Sierra possy, and my Oregon and Washington possy. The people who have put up with me night and day, walked with me, talked with me, the people I have spent 24/7 with for upwards of 1000 miles. They are more than just friends and hiking partners, they are the people populating my memories of the best five months of my life. Whether or not I see them for five months or five years, we have this…thing in common that will never be taken away from us. 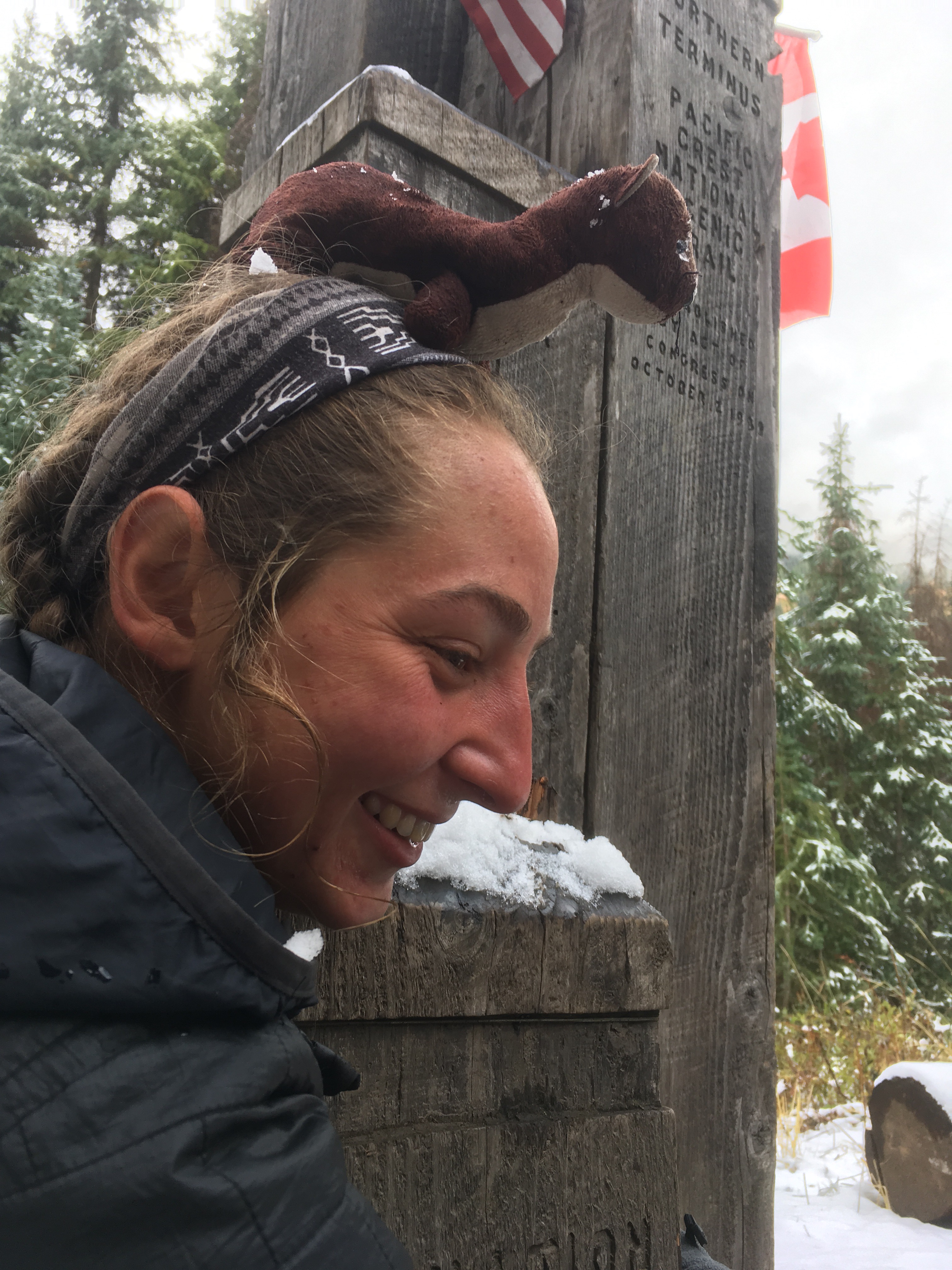 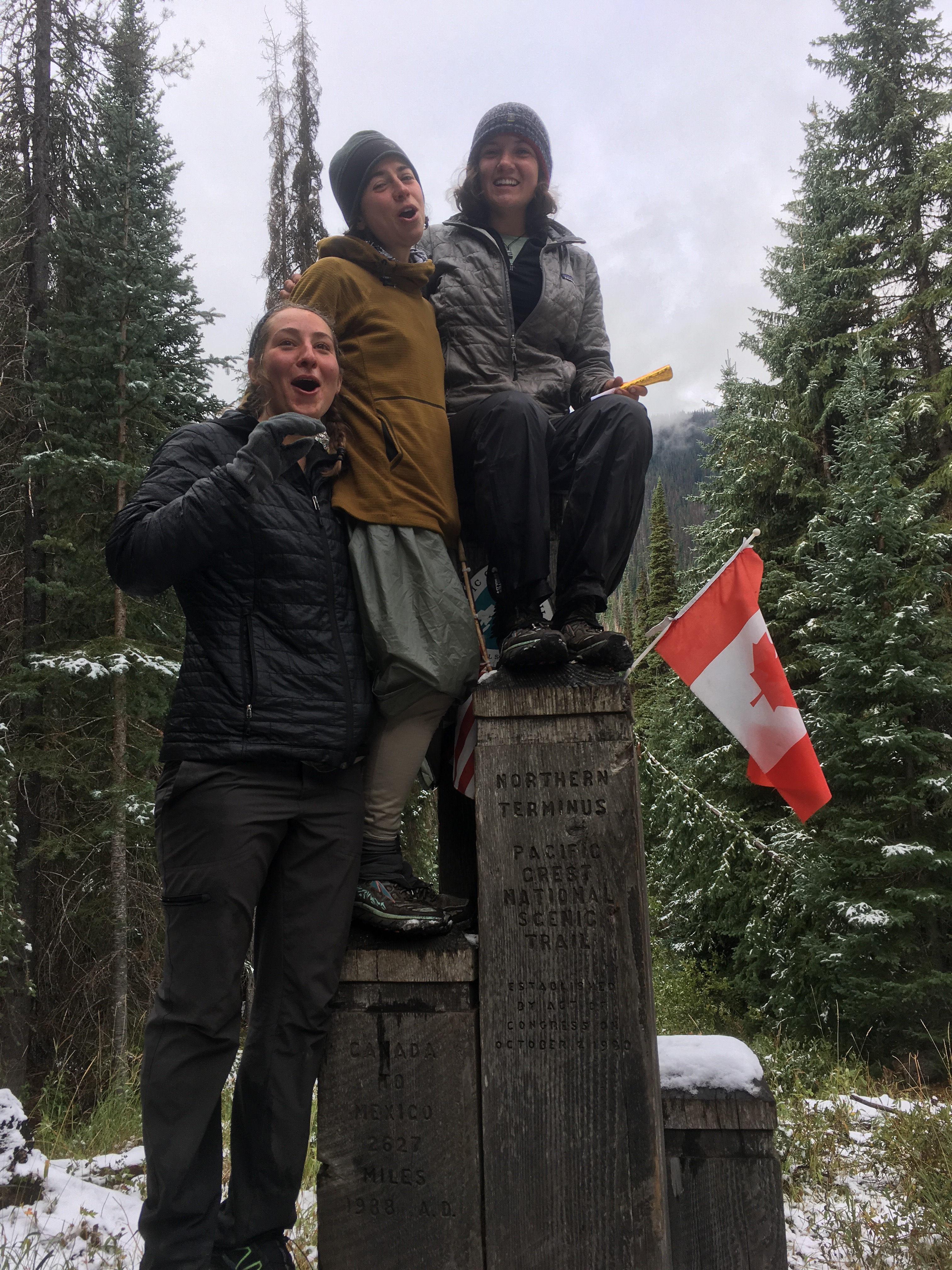 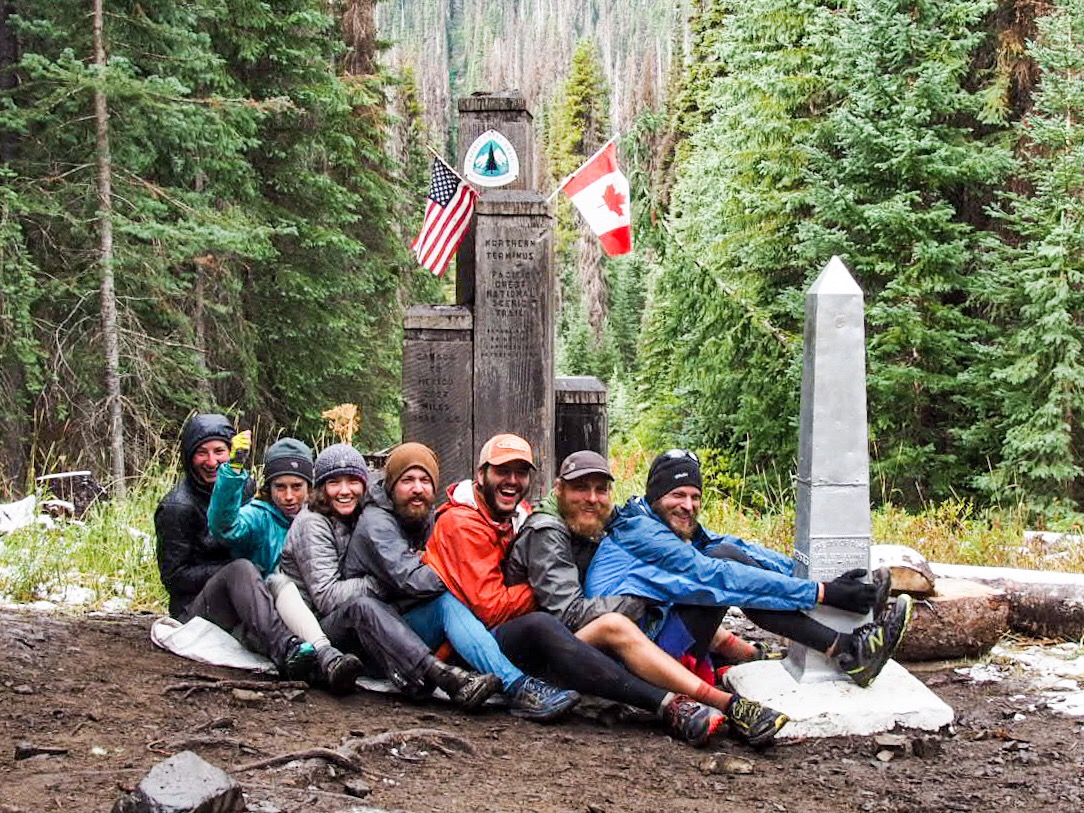 Again, it is hard to accurately describe what the trail does to you. I am sitting here, staring at my computer trying to figure out the best way to verbalize it, trying to figure out why it was such an amazing experience. We get a freedom out here that you cannot get anywhere else. And it is more than the freedom to poop and pee (almost) wherever you want. You are free from the constraints of society and it is so easy to be yourself. Yes, people out here still judge (look at the PCT Facebook page, for example) but their judgments matter so much less. Whether it’s because you can just walk away from the people you dislike or because for some reason you don’t care as much, I don’t know. Perhaps it is the sheer beauty and awe of what we are walking through that completely erases all facades we put up and allows you to be your raw self. It was so easy to be me out here.

Flicker and I talked about how we want to bring our trail self back to society because, for some reason, it is so much easier to be a better version of yourself on the trail. I think part of it is expectations of what society considers “normal” are completely absent from trail life, which is extremely liberating. It allows us all to relax and be who we are without breaking some unspoken rule that society has implemented. Our lives our simplified so much that the number of things society normally judges people on is practically zero, allowing us to just…live.

I think another part of it is the people. I have never met a group of people who are so willing to listen and share their own stories, who will give up some of their belongings (when we really don’t have that much to begin with) so that others can finish the section more comfortably, and who share the same excitement and compassion as everyone around them. We live in the moment, which I think is something that is slowly getting lost in modern-day society, so everyone is always so present and alive. 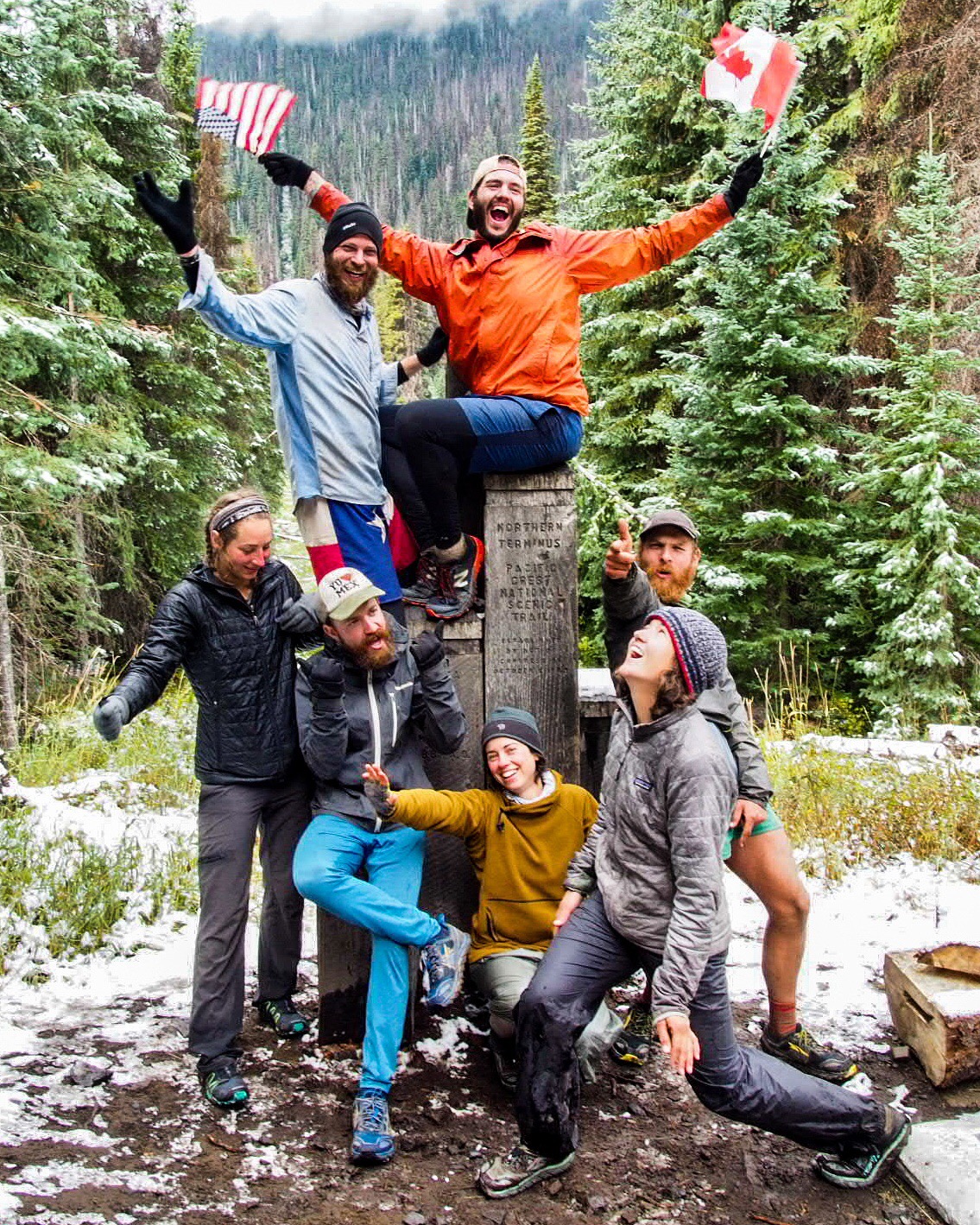 And of course, we are extremely privileged to be able to live like this, just take off for five months of outdoor adventure. But that still doesn’t mean we can’t take what we learned and experienced back to our “normal” lives and show others what possibilities are out there. Sure, hiking is not for everybody, but living in the moment? Kindness towards others? Gratitude? Totally raw, heartfelt excitement? These things were more present on trail than anywhere I have ever seen and I hope to somehow bring them back with me. I am already missing the trail so friggin’ much, falling asleep outside, the sound of zippers signaling people are going to sleep, being able to eat whatever the hell I want, how quiet it is out there, and so much more, but I guess now the goal is to weave as much of the trail as I can into my current life. It was an experience of a lifetime, and the best decision I have ever made. 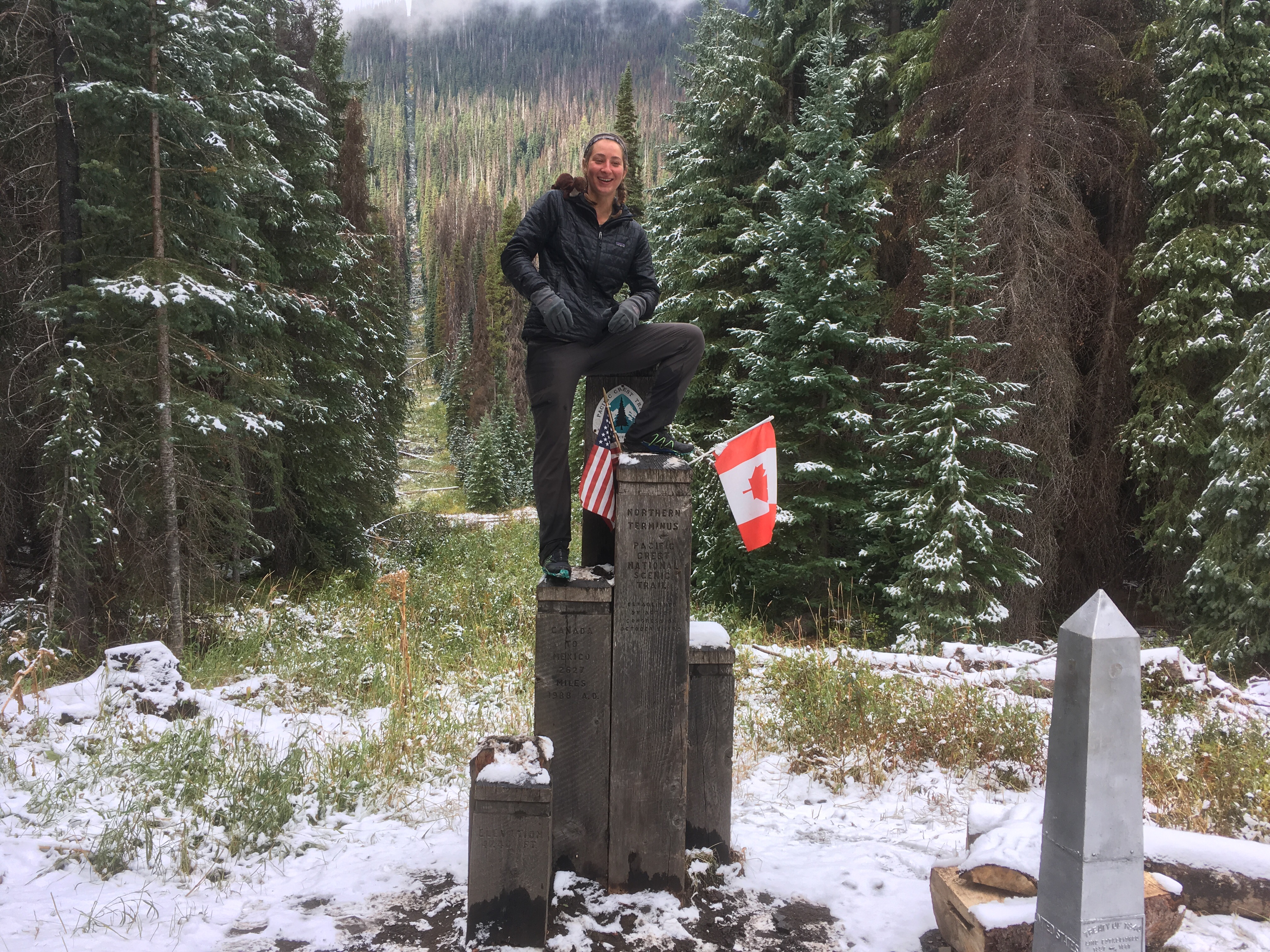 Huge thank you to The Trek for letting me share my verbal vomit. I hope some of this garble made sense. Until the next adventure, Otter out. 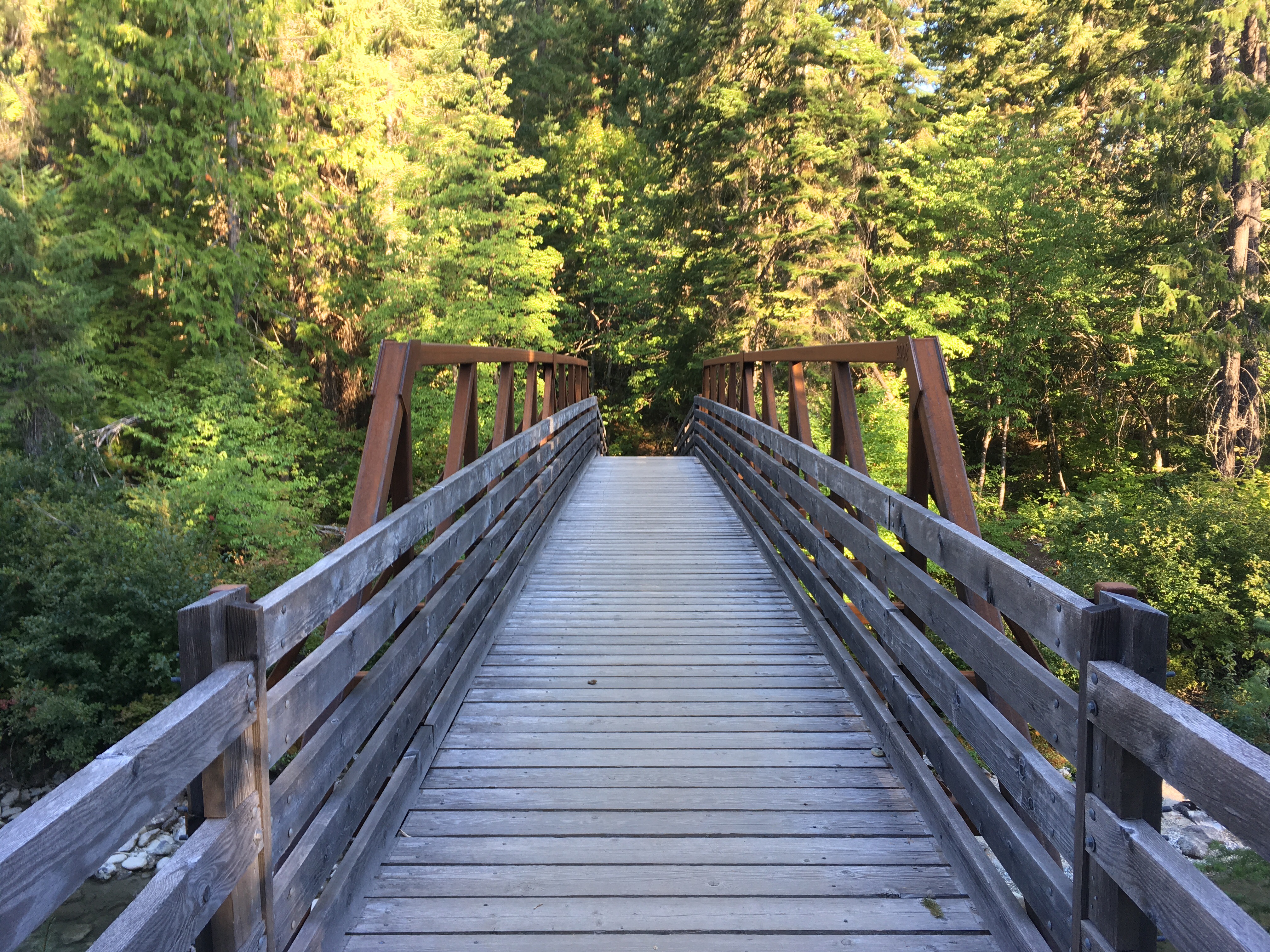