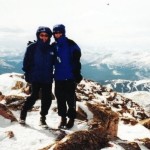 All The Luck: Mount Laguna to Scissors Crossing

Leaving Mount Laguna was a snowy mess. The storm had passed but the sky kept turning sullen and then sunny, eventually just back to a foggy gray. It was difficult finding the trail in the snow. It intersects Desert View Picnic Area and I was using my GPS, which led me over a hill and past a picnic table, then through a rocky path and finally to what appeared to be the slushy trail. Just as I was confident in following the trail it started snowing again. It only lasted about 30 minutes and then the skies were clear.

The trail cuts through a burned forest for quite a while. I leapfrogged with Polar Barb for a bit and eventually we ended up at a campground. I met Polar Barb that morning at Pine House Cafe. We chatted over some coffee and omelettes. She’s from Alaska and has hiked the trail before. It was nice hearing about her experience and insight. It was a rough night at mile 52. The winds were insane, there was some sleet, then rain, and eventually everything was frosted over. The wind managed to break my tent straps and pull out one stake. I had to get out in the freezing cold wind and try to MacGyver the thing back together. I eventually ended up just putting rocks directly on the corner of the tent for extra security. It was cold! (Many hikers would be talking about this night for days to come.)

The next day I packed up quickly and started hiking. It was cold and I just wanted to warm up. As I started along the trail the sun was peeking out at the top of the ridge and I was able to sit in the sun for a bit and have some breakfast. I’ve only been able to eat some energy bars or granola bars at this point. Since being on the trail I’ve used my stove maybe once. For some reason I’m just not in the mood for eating food or cooking. Lack of appetite and lack of interest in cooking is starting to become a concern. I’m burning three times the calories now and consuming only a small fraction of what might be considered a normal amount for a non-hiker. In the back of my mind I know that at some point hiker hunger will catch up to me.

The end of the day takes me down a steep hill into a small canyon that has a creek running through the campsite. Several people are setting up their tents and I see Polar Barb setting up her tent. I find a great spot, flat and adjacent to some large bushes that will help block the wind. There is a small fire ring constructed of rocks and a coyote has decided to poop directly on top of one of the rocks. They like to mark their territory but I like to ignore them. I get a stick and fling the poop into the bushes. The coyotes very frequently leave their traces along the trail and on rocks. As I’m setting up my tent, Karen and Katie come walking along the trail. We say hello and they set up their tents nearby. We start cooking dinner and just as my meal is ready I realize that I’m not eating it. I try tasting it, hoping my body will reconsider but it makes the nausea even worse. I finally wander into the brush to make a cathole so that I can bury my uneaten dinner. My body doesn’t want to eat, yet it needs calories. As I finally climb into my sleeping bag I start to shiver uncontrollably. Damn it! I need to eat. I find a Tiger’s Milk bar and force it down. Five minutes later I’m feeling better.

The next morning I’m the last one out of camp. I had a great night’s sleep and I’m not too worried about the late start since I’m still only hiking 10-15 miles each day. I start the climb up a dirt road/trail and after about a quarter of a mile I realize that I no longer see footprints or trekking pole holes. I know that’s not good because at least seven hikers left camp before me. My GPS confirms that I’ve missed the turn to the trail. The trail is not too far back and I start trotting along. Then I look at my hands and realize that I’m only wearing one glove. Oops. I must have dropped my glove back when I was checking my GPS. God bless it! This morning is going in super slow motion and I really just want to hike. I take off my pack and run back to where I think I dropped it, and sure enough it’s lying on the ground. OK, now back to the trail.

The trail ascends and descends intermittently in its usual form. Eventually, it slopes downward through the desert landscape and settles into a meandering sandy wash that is covered in green grass and flowers. The rain this season has left the landscape uncharacteristically exploding with life. We are planning on heading into Julian today, but the fields of grass, flowers, and cacti are calling me to set up my tent here. It’s so beautiful that it doesn’t even make sense. I get a text from Karen asking if they should wait for me to get a hitch into town. I say “yes” and they are waiting at the road only a mile ahead. I let them know I’ll be there in about 20 minutes. I’m walking so fast, even after a 15-mile day. I guess I got a second wind knowing we are heading into town. The ladies are surprised that I showed up ten minutes later. I knew I must have been walking at least four mph.

Polar Barb is also at the road, so we start talking about our options. All of the hotels are booked because of the tourists coming to see the superbloom in the desert. Katie and Karen start walking toward Stagecoach RV park and I check Expedia for lodging. I find a four bedroom cabin and click “book.” I text Karen for them to come back and we start crossing the street to hitch in the opposite direction. Just as we cross the street a car pulls over. Katie and Karen are hurrying to catch up. Turns out he’s an Uber driver and asks if we need a ride. (There is usually no Uber service in the middle of the desert.) He cannot believe the story we are telling him. He just can’t wrap his mind around the fact that he found four ladies in the middle of the desert and that we’ve been walking from the Mexico border. Then when he learns we didn’t all start together, he’s freaking out. He said he can’t wait to tell all of his family in Iran. He takes us to our cabin and then he wants a picture with us. He’s hilarious.

Our cabin is great and I cook some fried rice and manage to eat dinner. It’s warm and we love that we get to take showers and sit on a sofa. It’s a good night. The cabin owner offers to drive us into town in the morning, so we get a chance to resupply and get some free pie at Moms. We get breakfast and head to the post office to send some gear home. We finally get a hitch back to the trail. Polar Barb decides to hike on and Katie, Karen, and I head over to Stagecoach RV park to camp for the night… and drink wine. They also have a deli and hot showers. Not bad at all. When I took a shower I washed out some socks and a bandana, and five minutes after laying them out to dry they were frozen stiff. The desert can be pretty damn cold. 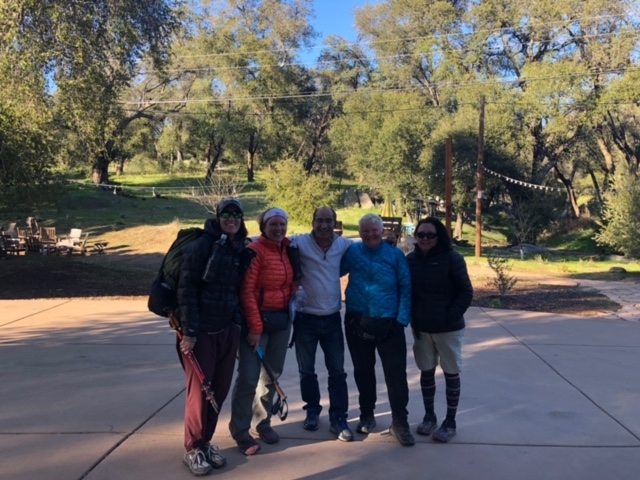 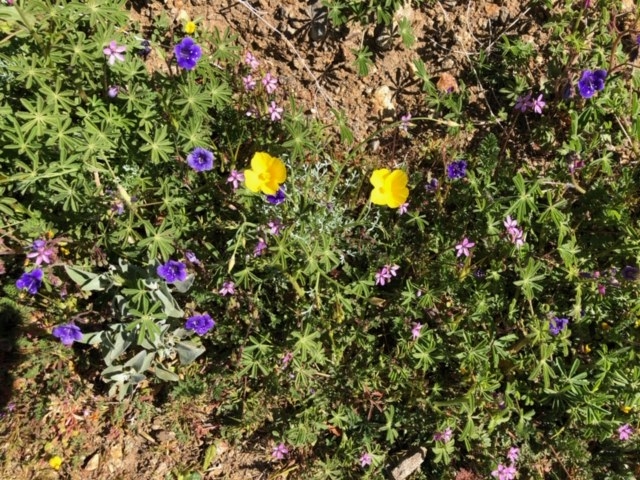 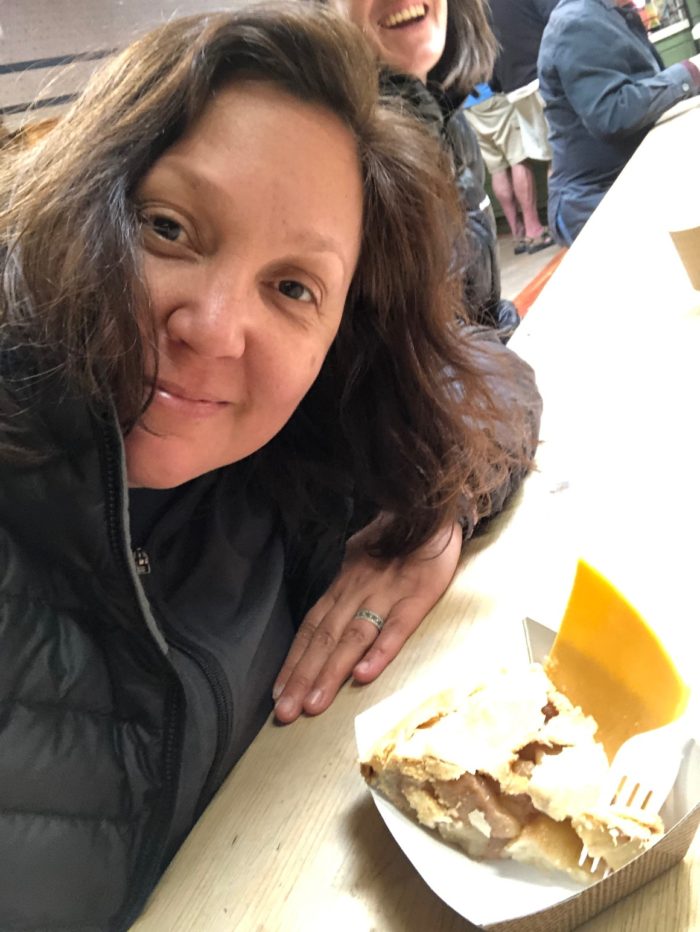 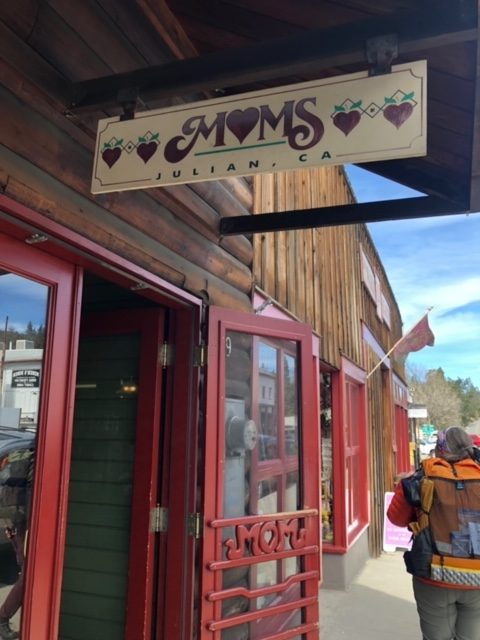 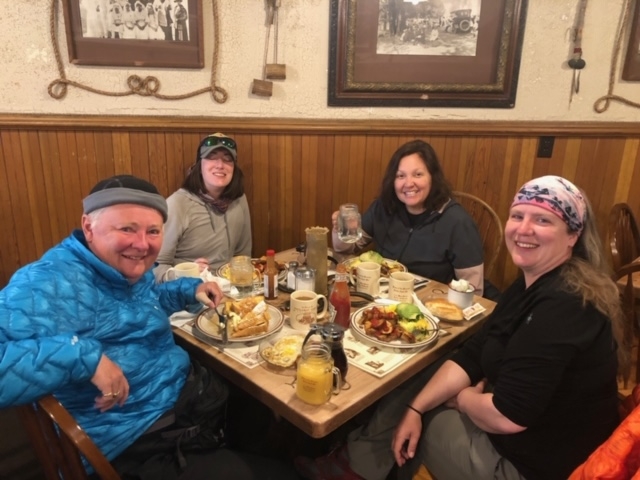 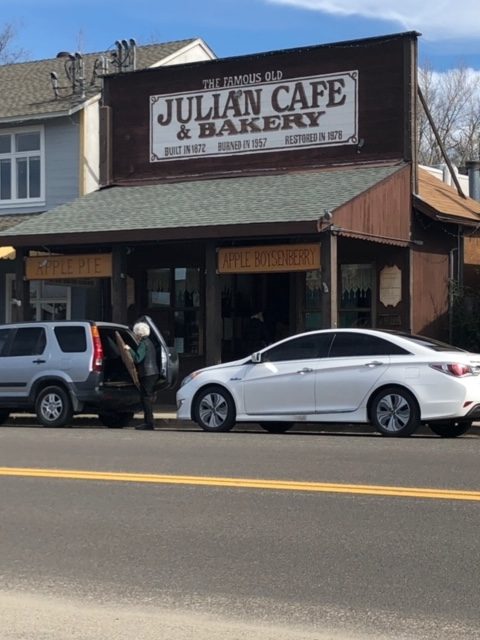 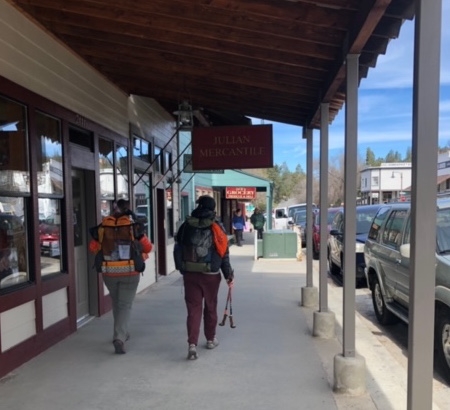 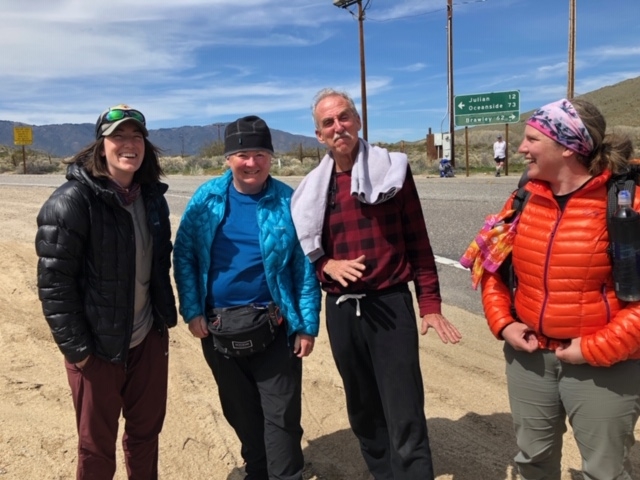 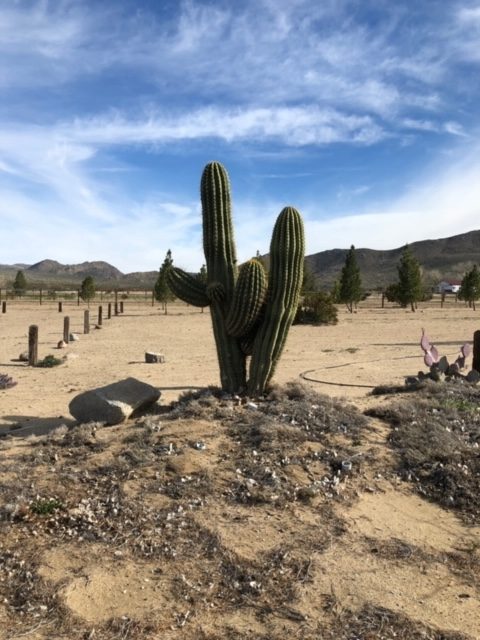 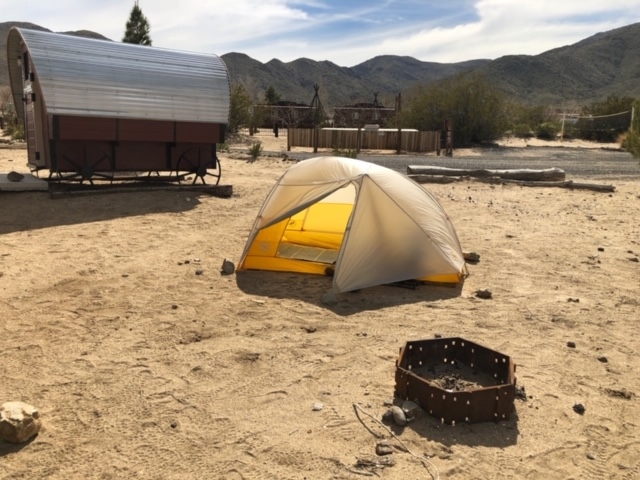