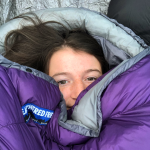 This blog will speak about sexual assault and the aftermath of being assaulted. Only read as much as you can. I promise it will be here later if you need to stop and come back to it. Also be warned this is a long blog so if you manage to read it all, I thank you.

In 2015 I was sexually assaulted by a family member, but because of my fear that people wouldn’t believe me I kept it hidden and to myself for years. Keeping this trauma inside killed me. and I started to lose myself little by little. I quit my wrestling career sooner than I was prepared to. I endured night terrors almost every night. When I finally came forward it was too late, and the police couldn’t make him give a statement. So, unfortunately, my fight there ended before it even began, and I might never get justice for what he did to me.

Now fast forward to 2019. I was sexually assaulted by someone who was supposed to be a friend of the family. After this assault, the justice system failed me again. And I did everything right this time. I called police to the scene. I went directly from the scene in an ambulance to the hospital. I got a Sexual Assault Evidence Kit (aka rape kit) done as soon as I arrived at the hospital. That still wasn’t enough for the court system to approve my case and bring it in front of a jury. So again… I might never get justice for what he did to me. The justice system has failed me and so many others in this situation.

This needs to change. Period.

The following days, weeks, months, and years that shadowed that horrible moment in my life were petrifying. I broke down completely. I was terrified to leave my bed and to leave my house. I felt that anyone on the street or in a store could hurt me. I couldn’t even take my puppy outside to use the bathroom.

I had to fully depend on my partner. He helped me shower, made sure I ate when I couldn’t, drove me to appointments, etc. I was afraid to be alone, I was afraid to be in society with people I didn’t know. The simplest tasks in everyday life became things I was afraid to do alone. Every day became a nightmare.

“Why did this happen to me? Is it my fault this happened?” I blamed myself for being assaulted.

“Will I ever be okay again? When will this be over? When will I stop feeling broken and lost? How do I move past this or get over it?” I started to believe that maybe I just imagined it happened.

Because… “This couldn’t have really happened right?”

I just lost myself completely. I felt my power was taken away by someone else.

This recent trauma heightened my previous assault too. The one that I kept inside and didn’t let myself process. It brought up all those past feelings of pain, anger, sadness, and emptiness.

So, I was trying to process two assaults at once now.

Every time I tried to reclaim my life, there were reminders of the assault that brought me right back to that night. I was grieving for myself. I wondered if I would ever be the same again. Be myself again. Be the me that I had lost. No, that’s not right. Be the me that was stolen from me.

I was dealing with constant nightmares, having trouble sleeping, not eating for days or binge eating too much, crippling depression, extreme anxiety, shaking, flashbacks, and panic attacks. I did not recognize myself in the mirror. I kept thinking my body wasn’t mine. I couldn’t concentrate on anything. I didn’t trust people anymore.  I lost all confidence in myself. I felt like I couldn’t live my life the way I wanted to, and I was mad and angry and quite frankly pissed off that I couldn’t do something as simple as brush my teeth most days.

My life, it seemed like it wasn’t worth living anymore and when it finally became too much for me to bear, I tried to take my own life.

After that moment I reached a crossroads where I had to make a definitive decision.
I finally realized that I couldn’t give these people the satisfaction of me being gone. I had to keep fighting. I had no choice. It was fight or die at this point.

One evening, my partner put on the movie “Wild.” Movies and music help my partner find ways to express himself when he’s unable to find the right words in his mind. His thought process behind this was “You need a wild and huge goal to work towards.” My partner, if you’ve ever met him, has always believed in the impossible becoming possible. He thought I’d perhaps be inspired to trek a month-long journey somewhere in the country. He didn’t think I would attempt what I was seeing that day.

His response to my decision to hike the PCT was pretty much along the lines of “Yeah, alright. I’ll watch the dog.” He has always supported me in everything I’ve wanted to try and everything I’ve tried and failed in. He knew that once I make up my mind it’s almost impossible for it to change. His belief in me means the world, and him not trying to change my mind repeatedly is greatly appreciated. He tells me almost daily that I’ll achieve this goal. With his support and the support of all my friends and family I believe I can do just that.

So, this newly inspired Alyssa decided she was going to do the Pacific Crest Trail. A thru-hike. My first thoughts were “Hell fucking yes” which was immediately followed by “How the heck could I ever finish this?”

When I started to embark on some hiking and backpacking adventures, I was terrified. I didn’t let my family and friends know exactly how much it scared me. but I just kept pushing forward. I cried alone in my tent when I heard any sound outside. I got lost many times. I screamed on top of mountains. I fell down mountains… and had to climb back out. I came within 10 meters of a family of bears. I did my first five-day solo trip backpacking the “Rockwall Trail” in the Kootenays. Oh, and was that liberating for me. After that moment I knew in my heart I could do the PCT… it’s only 175 more days than 5 so why not right? So here I am. Less than two days away. Absolutely terrified. However, I’m okay with that now.

As I’ve been preparing and thinking about this journey almost every day since, I’ve come to some other realizations about why I’m hiking this trail.

During this journey I’m about to embark on I’ve decided that:

I want to create a version of myself that I am proud of
I want to strengthen the qualities I have to the point where they can never be taken from me again.
Resilience, passion, laughter, fun, happiness, my joy of the world and of life
I’d also like to gain the qualities that I admire in people around me
Be truly proud of myself

Finally, and most importantly.

Take back my power that I felt was taken from me.

Oh, and the name of my hike is called “Head Above Water, Feet on the Ground” because Avril’s song Head Above Water kept me going through the hard days. And now it is time for me to place my “feet on the ground” and start hiking towards Canada… the scenic route 😉

With all that in mind, my Mission is this:

To raise awareness and donations for sexual assault survivors

I hope that through my journey I will not only raise awareness and donations for sexual assault survivors but also inspire all survivors that they are powerful, strong, worthy, and loved.

Through my website, I have all the information about the charities, GoFundMe, news articles and blog interviews written about this mission etc.

Thank you for reading and happy hiking!

I'm originally from the sunny Okanagan, but I have been calling Vancouver home for the last 6 years. I'm a huge lover of all things outdoors; hiking, backpacking, camping, etc. If it's outside I'm there. I am the currently working as a personal trainer with my business (AMK Strength and Conditioning) and coaching with local wrestling clubs in Vancouver as a female wrestling coach. I like to spend my down time dancing with friends, watching Netflix, reading a good book, cuddling my dog Storm and trying to beat whoever I can at Mario Party. I'll be heading NOBO on the Pacific Crest Trail March 26th