Coming in at 456 miles, Oregon is the shortest state on the PCT. It is also considered to be one of the easiest to hike. The eastern and western halves of the state of Oregon have distinct ecoregions, and the PCT runs right up the middle.

Unlike previous sections of the PCT, the trail does not pass through/near as many towns and cities in Oregon. Instead, mailing boxes to small lodges becomes the primary means of resupply. Many of the lodges do have stores of their own, but they tend to have limited selections and be very expensive, so doing a full resupply there is not most hikers’ first choice. More information about the locations, distances from trail, and associated fees of different resupplies can be found here. 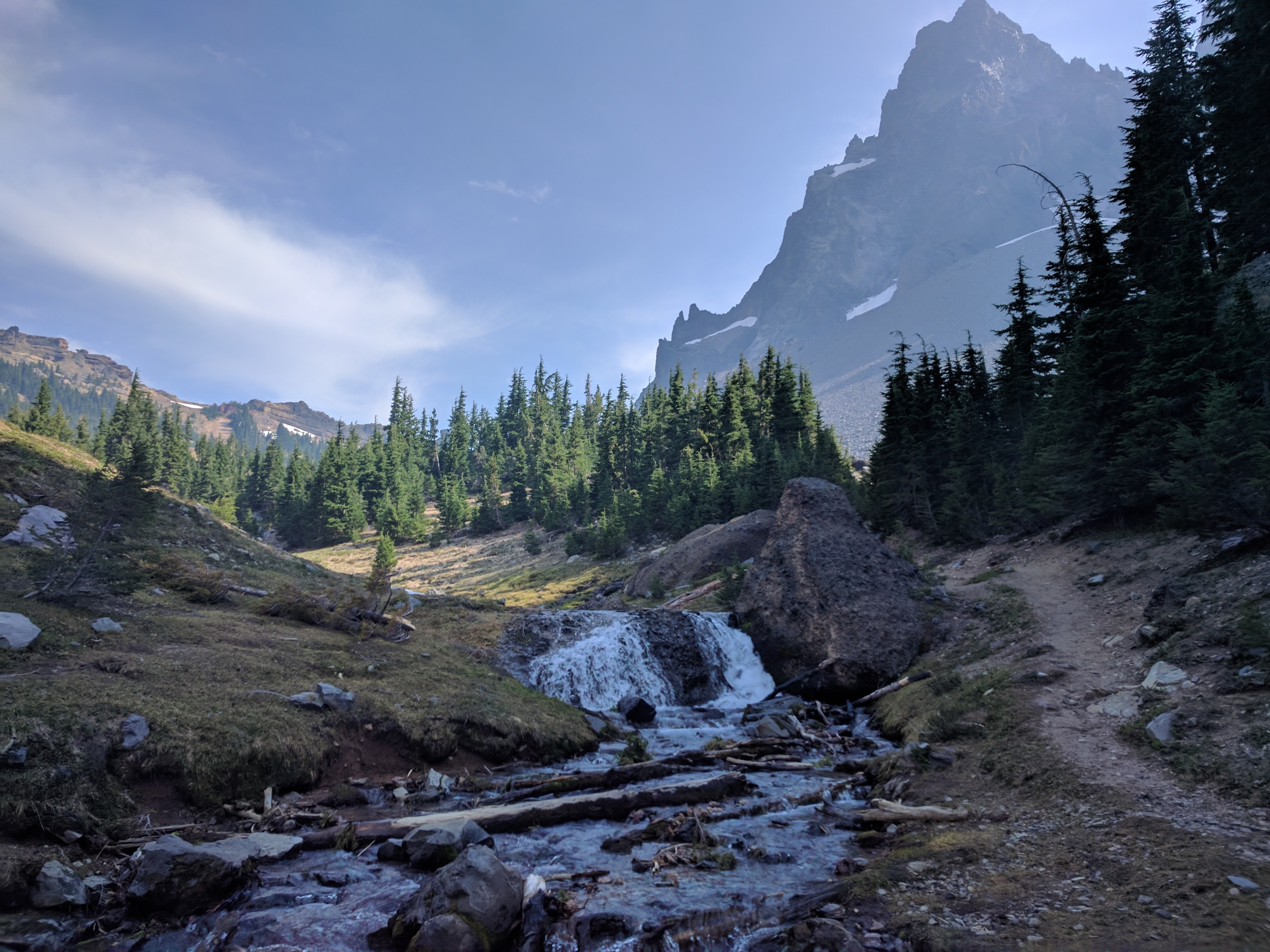 Oregon features gently sloping volcanic mountains and broad valleys, making for easy hiking. Although these volcanoes have caused all of the eruptions in the contiguous United States in the last 200 years, the most recent one was Mount St. Helens in the 1980s. Oregon also has the lowest elevated point in the entire PCT in Cascade Locks, measuring only 170 feet above sea level. 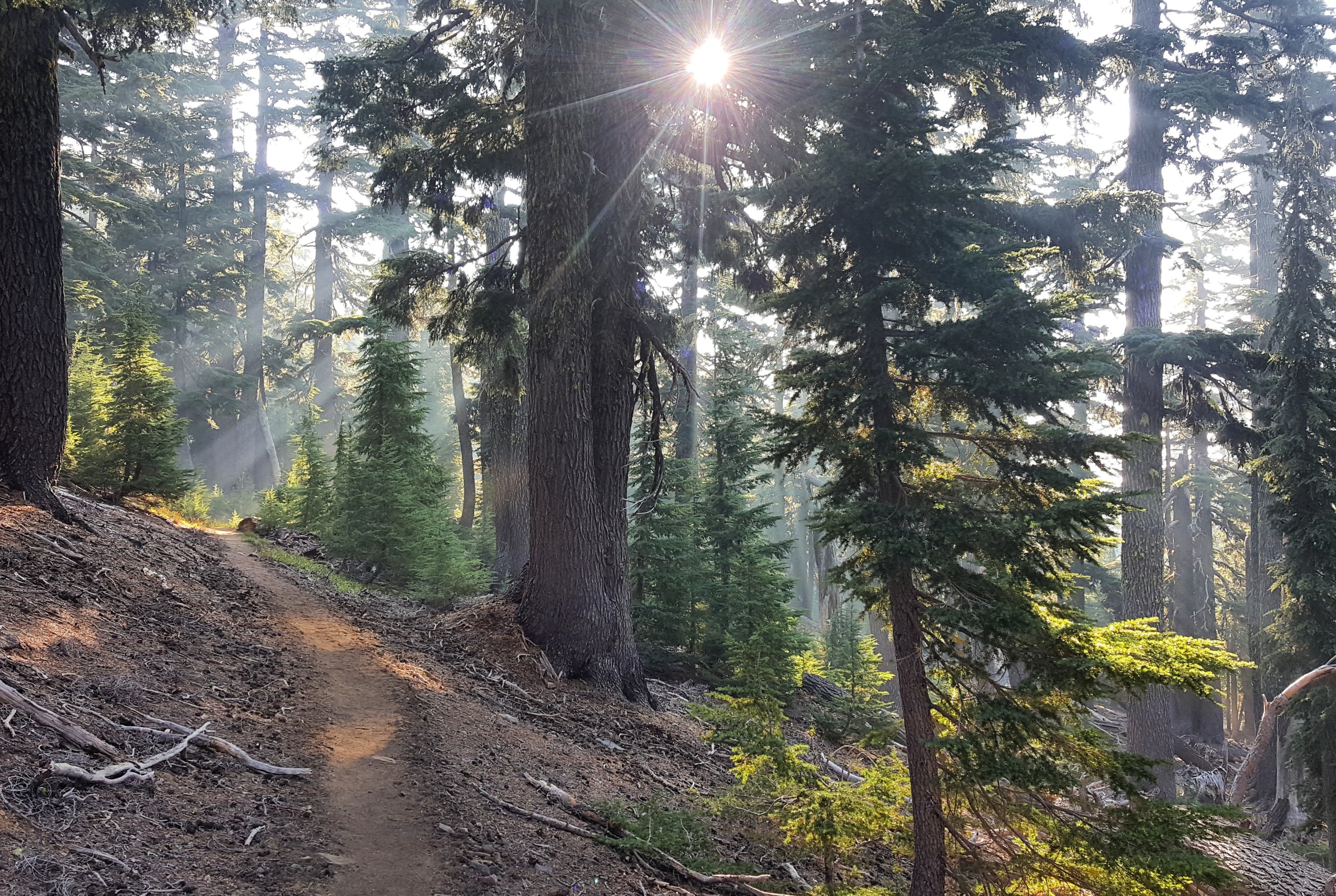 The Oregon section of the PCT is mostly forested, unsurprising since roughly 60% of the entire state is covered in forests. The trail is home to common woodland wildlife including rodents, deer, and some mountain lions. In late summer, Oregon is lush with wild blueberries and huckleberries. Fresh off the bushes, they make for a great on-trail snack.  Poison oak can be found in Oregon, especially in burn areas and below 1,900 feet elevation.

The multitude of lakes and rivers in Oregon generally makes for short water carries (with a few exceptions, such as immediately before and after Crater Lake). However, this—in conjunction with the heavy rain that Oregon is notorious for—also makes it a paradise for bugs, especially mosquitoes. You may also see a variety of different fungi in this damp state. 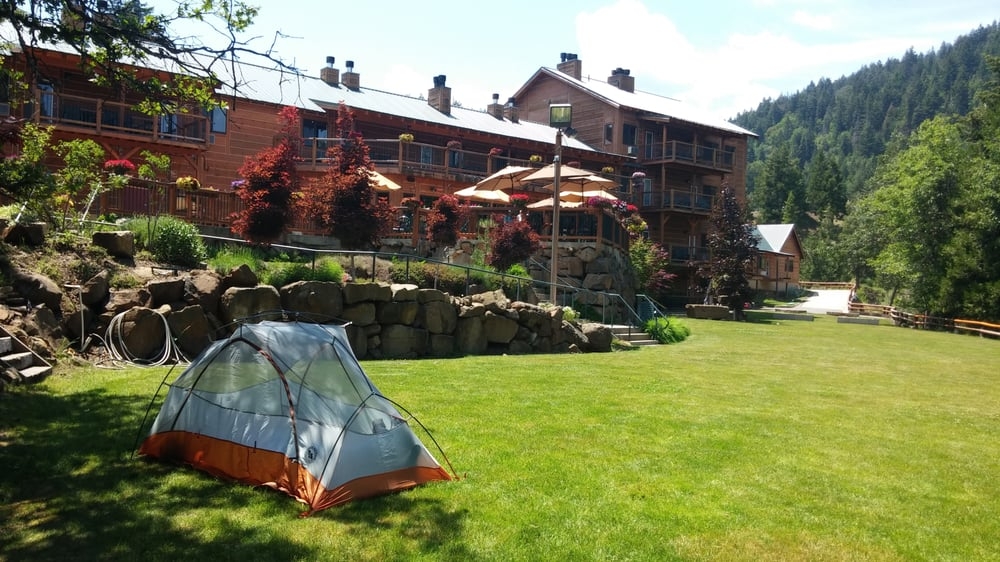 Ashland is a welcoming hiker town, and a great stop for resupply. It’s a long but easy hitch from the trail. Alternatively, if you don’t want to stray too far from the PCT, Callahan’s Lodge is a great stop. They offer camping and shower facilities for hikers, places to charge electronics, and a good restaurant. You get one free beer there for showing your PCT permit! Welcome to Oregon.

Klamath Falls is not a traditional trail town since packages can be sent to Fish Lake Resort (only 1.25 miles off the PCT), but if you’re feeling like taking a zero in that section of Oregon, it is a great stop. The town has a charming main drag that offers cheap foot massages, a winery that does free wine tastings, and a lovely bohemian cafe that sometimes has live music. From there you can catch a bus to Crater Lake (in 2017, the section of trail from Highway 140 to Mazama Village store was experiencing wildfires, making this an excellent route around the fire closure). Interestingly, Klamath Falls exists on a fault system that runs all the way to Salt Lake City, which makes it a hot spot for geothermal heat and power generation. 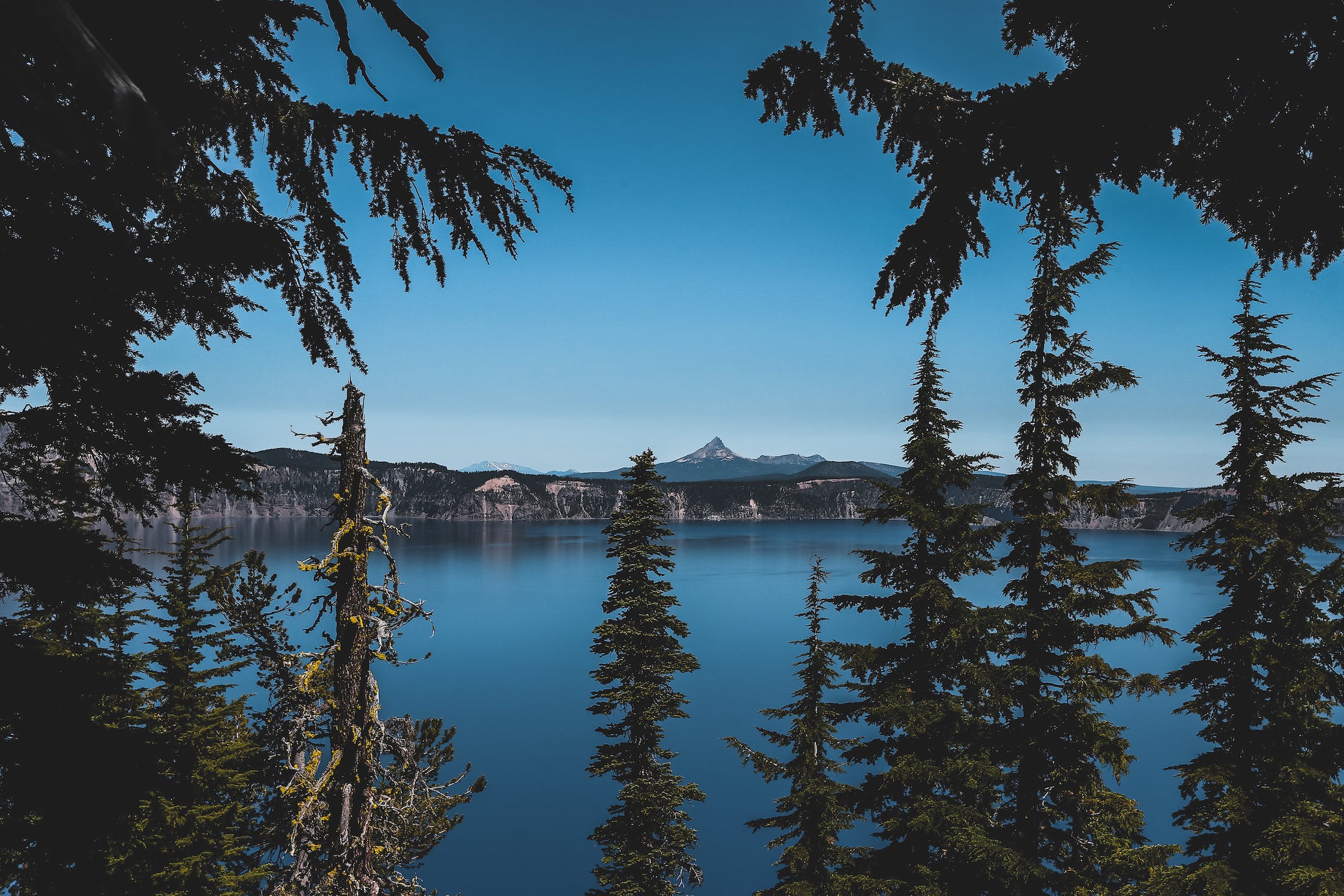 Crater Lake is a beautifully unique geological feature in the US. Before it existed, there was Mount Mazama, a massive volcano. An enormous eruption 7,700 years ago destroyed the peak of the mountain, causing something called a “caldera collapse.” Caldera, derived from the same root as the English word “cauldron,” happens when the roof of a magma chamber in a volcano is destroyed, leaving a large round reservoir at the former location of the volcanic peak. Crater Lake, known for its stunning water color and clarity, is that caldera. It is the deepest lake in the US. The larger of the two islands, Wizard Island, is a small volcanic structure known as a cinder cone.

The PCT detours around Crater Lake, but there is a Rim Trail Alternate that connects at miles 1,823 and 1,839 (which is actually shorter than the PCT section). It follows the rim of the crater from the Rim Village for approximately 11 miles and offers stunning views of the lake.

Shelter Cove is one of the many fishing lodges you’ll pass during the Oregon section. This small marina nestled in the woods is like a little slice of heaven. It’s right by the trail, accepts resupply packages, and has a great little restaurant.

Although Bend is a bit of a distance from the trail (22 miles), it is a very well-equipped town for hikers. There is an REI for most gear needs, and a variety of craft breweries and restaurants to indulge in. Speaking of beer, the Bunk+Brew hostel gives you a free beer when you check in! It’s a big city, so getting around requires either walking or taking the city bus. 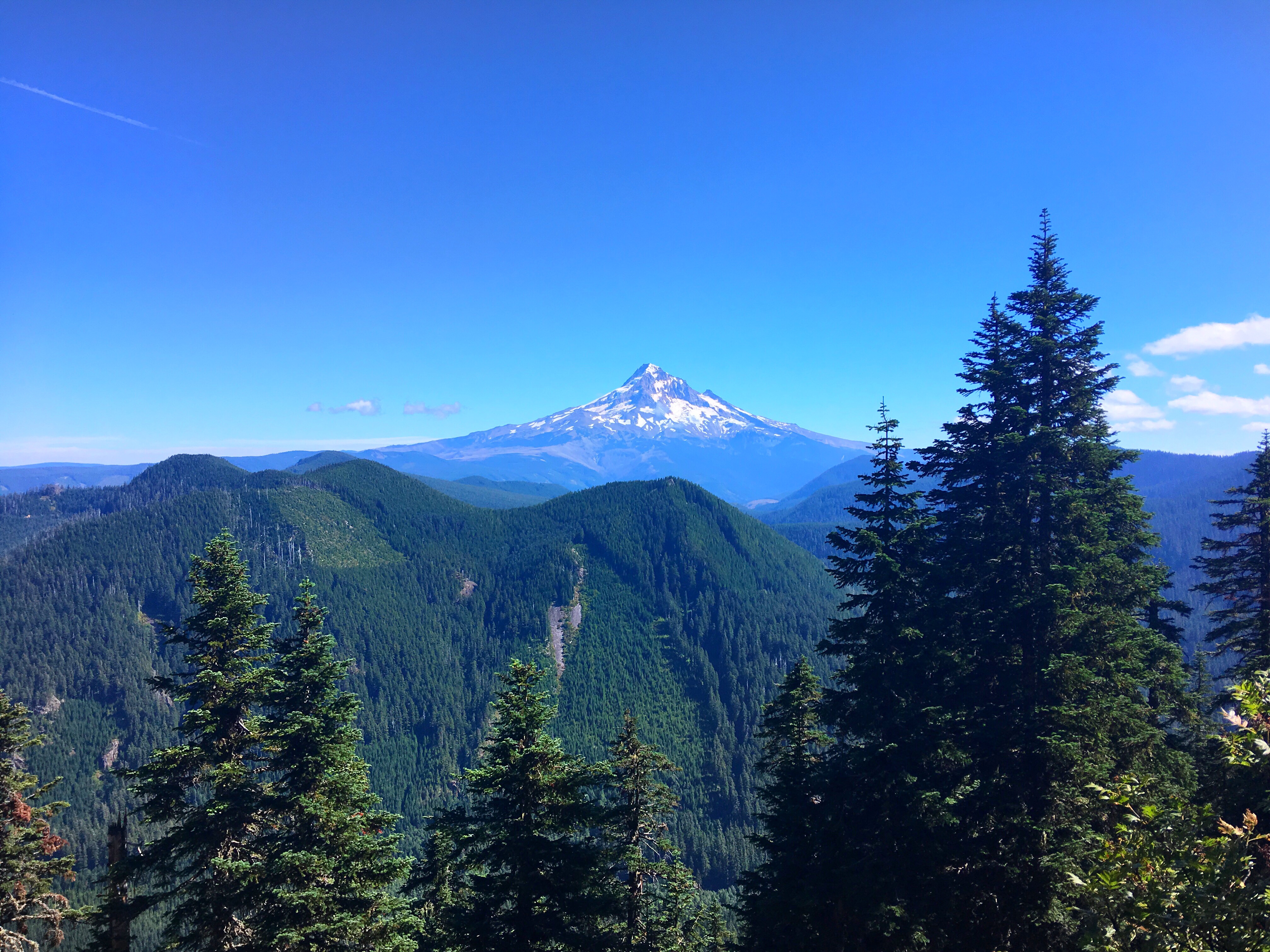 The peak of Mount Hood (11,249 feet), located within the Mount Hood National Forest, is the highest elevated point in Oregon (though the PCT only climbs to about 6,000 feet). Timberline Lodge is a beautiful ski lodge located on the side of Mount Hood, and a National Historic Landmark. Fun fact: The exterior of the hotel featured in The Shining is Timberline Lodge.

Staying at the lodge itself is well out of the budget for most hikers, but it’s literally on the trail, and the all-you-can-eat buffet is to die for, which makes it a great pit stop even if you don’t spend the night. It’s easily one of the best restaurants on the whole PCT. If you get there early enough, you can hit up the breakfast buffet. There is a waffle-maker… just saying. 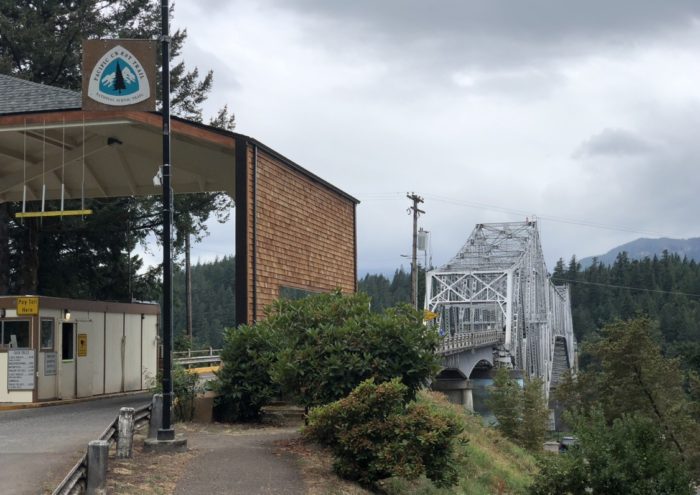 Cascade Locks is located on the Columbia River and Oregon’s Highway I-84, which leads directly to Portland. There is a direct bus from Cascade Locks to Portland, making it an easy access point onto and off-trail. Home of the beloved Cascade Locks Ale House and the Thunder Island Brewing Co., Cascade Locks marks the northern border of the Oregon section of the PCT. This threshold is marked by the Bridge of the Gods, one of the most recognizable landmarks of the entire trail.

Note: There is some construction happening in Cascade Locks between June and December 2019. 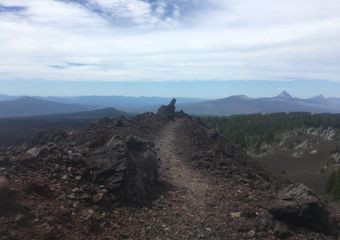 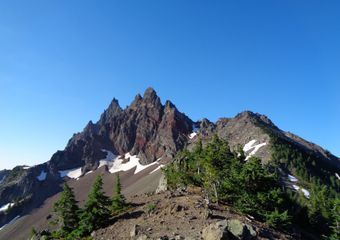 Oregon Smells Like Dirt Tans and Wild Fires: PCT Part 5Sorry for the delay, y'all. I was having a love affair with Oregon. Not everyone feels this way, but I had a real blast with the trail in this state.  And now it's basically over.  I'm writing from Ashland, the…Read More 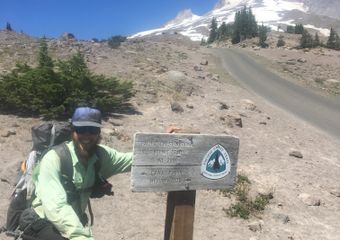 Timberline Lodge Food and the End of OregonLast video update for Oregon. This includes the buffet feast at Timberline Lodge as well as my walk to Cascade Locks and the Bridge of the Gods. I made a video for the section before this but I accidentally deleted…Read More NorCal's Grand Entrance: PCT Part 6For the last three weeks, I've been walking the crest of Northern California.  It has been a stunning time, and the trail has been oh so good to me.  I'm now in South Lake Tahoe, at the amazing Mellow Mountain…Read More

2018 PCT Info Part II: Keeping Yourself and the PCT Healthy 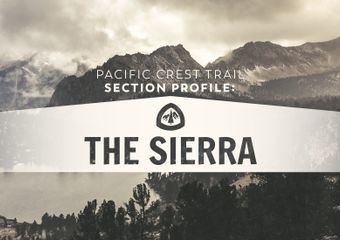 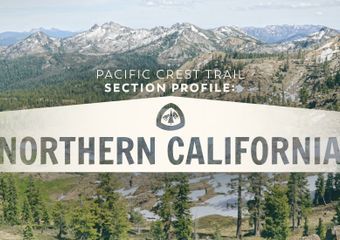