A week away from the beginning of my Pacific Crest Trail thru-hike, the southern terminus and the California desert were the furthest things from my mind. I’d thought of little else for a whole year, but there was a slightly more pressing issue at hand: namely, where in Glacier National Park to pull the car off the road and ask my girlfriend the question that I’d wanted to pop since the very first time she sat down next to me in science class, 15 years earlier.

It was April, and most of the park was closed, save for a few short miles of the eastern Going-to-the-Sun Road. It had felt like we were getting away with something when we rolled through the empty ranger checkpoint at the park’s entrance and began skirting the edge of St. Mary’s Lake, eyes occasionally darting to the goats dotting the opposite hillside. Magically, an unlabeled path down to the lake appeared; my girlfriend darted down it while I fumbled in my jacket pocket for the tiny square box that’d been in there all day, and I followed her to the lake with my heart beating out of my chest.

I fumbled the question, all the words I’d wanted to say in eight-and-a-half years together jockeying for position in my mouth at once. It didn’t help that I was racing the self-timer on my phone’s camera, which I’d set up between some rocks a few feet away. But she understood it well enough, and as I slipped the ring onto her finger there were hot tears on both of our faces.

“I can’t believe you’re leaving me for for five months,” she whispered after a minute, and a little bit of my joy was sucked out. Yes, I was leaving; no, she wasn’t coming along. She’s a climber, much more attuned to the pleasures of traveling up, down, and across than to plodding forward. The PCT was my dream, not hers, and all the promises we’d made in the last few months felt at least a little hollow with my departure looming so large.

It’s an odd feeling, to dread something and want something so much at the same time. 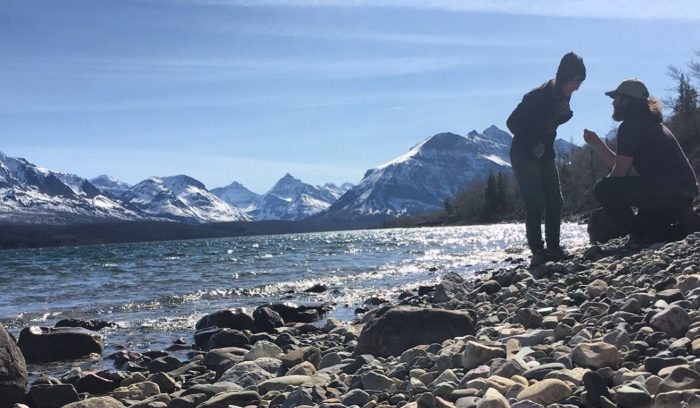 Trying on the word “fiancée” was strange for the first few weeks of my thru-hike, especially since there wasn’t a person next to me to point to when I said it. Then again, just about everything was strange that first few weeks; it stuck out less, wrapped up as it was in a long stretch of days where each experience was brand-new.

That newness also made my sense of loss, of loneliness, a lot less keen. I missed her, certainly, but my sense of adventure was so all-consuming that I didn’t have tons of time to devote to being sad. I hiked with a lot of good people in my 4+ months on trail, but I feel a real debt to the ones I met in those first few weeks. They were the ones who made getting up and getting on with each day something to look forward to. They took my mind off of the rest of my life and kept me in the present, focused on the dream I’d been chasing for more than a year.

But stops in town were tough. They meant the chance to make a phone call, to tell each other everything we could think to say. They also meant another goodbye, lingering on the line for as long as possible before one of us decided to tear off the band-aid and face another week of being incommunicado. My trip through the Sierras was especially hard on her: she’d been by my side through all my research and planning in the year leading up to my hike, and she knew what a high snow year meant for my speed and safety. Combine that knowledge with the fact that there’s little hope of a phone signal between Tehachapi (off of mile 566) and Bishop (off of mile 788) and you’ve got a recipe for anxiety.

Some free advice for anyone approaching a thru-hike the way I did: you don’t have to be completely honest about just how dangerous that one ice chute or river crossing was.

You will meet a lot of couples when you thru-hike. You will meet plenty of people who recently got out of relationships for one reason or another. You will look at each of these people or pairs in turn and wonder if they’re happier than you, if they’ve chosen an easier and more sensible path to the kind of self-discovery the trail is supposed to provide.

In the early going you’ll be certain you’ve made some horrible mistake, that it was unforgivable and crazy to abandon the love of your life for such a selfish pursuit. This feeling will double the first time you sustain an injury. It will treble on your fifth consecutive night eating angel hair pasta and a Reese’s Fast Break for dinner. You will begin to realize that couples have each other to help get through the lean times, and single people always have the possibility of finding solace in another warm body. Not so the truly depraved, like you, who left your font of warmth and love and comfort back home to go live in the woods for a few months.

But something will happen to you after you’ve been broken down and humbled and spent entire sleepless nights feeling the crushing weight of loneliness surround you in the quiet dark of the backcountry. You will begin to feel grateful for it. You will welcome it, the feeling that you are doing something unnecessarily difficult and succeeding at it.

How often–in the “normal lives” each of us have created–do we get the chance to feel really and truly alone? It’s not an easy feeling to acclimate to, but it’s a vital one: a chance for real introspection, the kind that can only come when you’re forced to spend time with yourself. (I’m reminded of a line from the novelist Catherynne Valente: “It’s the wonders I’m after, even if I have to bleed for them.”)

All We Have Left

The thing to remember, I think, above all else: that no matter what (or who) you’ve left behind–and assuredly, every thru-hiker has left something behind–that it was done in pursuit of something big and wonderful and complicated, something that stretches our usual conception of the world to its limit. There is no prescription for doing it correctly, no magic words you can say to make someone forgive you for disappearing. Working out the finer points of how a thru-hike will fit into the life you’ve built for yourself is a crucial step of the process, one that can’t really be finished until you’ve already touched the terminus and begun walking.

And if you find that it does fit, that the pursuit of a thru-hike is worth it to you and whoever you’re leaving behind? Then, as Hunter S. Thompson once wrote: “Full speed ahead and damn the cost; it will all come out in the wash.” 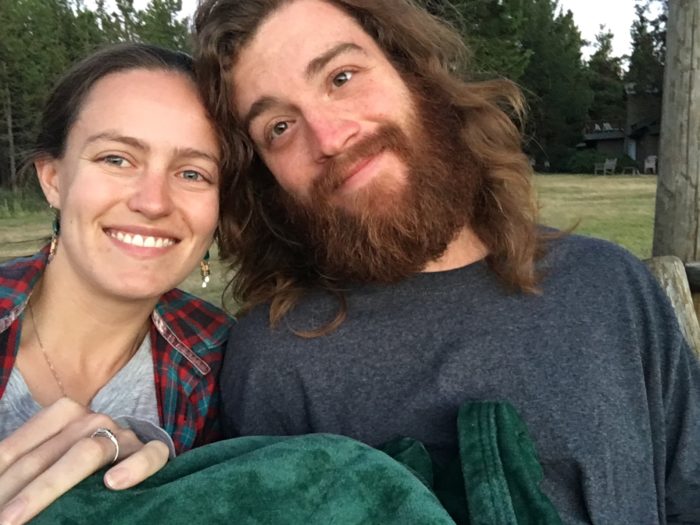 (Occasionally they come take you away from the trail for a weekend, and it *does* all come out in the wash.)