Spartenburg has three different Passages that go through the city.

This will be the only spot where I am in the woods.  It is a short Passage going through the trees and along a sewer system.  Whether this was planned or not is unknown to me. Definitely a place out of the way and a little lost on occasion. The trailhead has a nice parking area and is where I am dropped off after spending the night with friends. The map provided is a very generic one that did not seem to help.  The trail did not follow my GPS either, so I felt lost most of the time.  I did run into trail signs occasionally but there were a number of intersections with nothing and this could easily been how I felt lost.  Eventually found an open field that I crossed to a road, which put me on track to connect with the next Passage, by crossing a bridge over Business I-85. 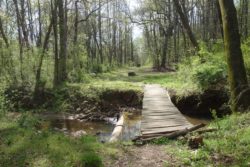 The start of this Passage put me next to the huge Milliken  Corporate Headquarters.  Spent a good amount of time walking around the complex.  The Southern end had multiple pools of water, some with fountains.  One pool had a Great Blue Heron, Canada Geese, and ducks.  As I was taking pictures a group of small ducks started coming towards me. I did not have anything that I could give so continued walking along. 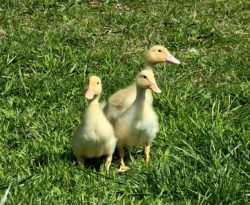 This entire Passage is road walking through various neighborhoods, up and down hills, as well as over/under bridges.  I passed by Wofford College and then took a detour to a Dominos Pizza where I ordered and then devoured a large pepperoni pizza and two sodas.

Then made my way to a local outfitter, The Local Hiker, to look into a rain coat.  I was able to find one as well as stock up on some more Aquamira.  I asked the owner about shuttles in the area that I would need in a couple days and she was able to get me in touch with a local guy that used to work at the store. 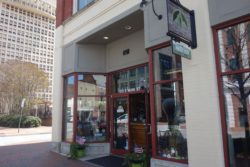 When finished at the outfitters the trail makes its way past a large medical facility before connecting to the Mary Black Rail Trail.  It’s a very popular day walking along this paved path. Alot of walkers and occasional runners and bikers.  This is a 2 mile path that used to be part of the railroad back in the 1850s. There were plenty of activities to do along the trail for all ages.  At one point I talked to an older couple who talked about the AT. My backpack was probably a sign that I stuck out.

This Passage as two key points to it.  There was a battle nearby during the Revolutionary War. Which becomes more of a thing as I move South.  I grew up learning about the battles up North, but it turns out that South Carolina has an important role in keeping the British pinned down that allowed the war to be won.  I’m really enjoying learning about this as I continue.  I have just finished the book titled “Swamp Fox” and enjoy hiking through the areas that I have read about.  The trail ends on what is called the Braille Trail that goes by the South Carolina School for the Deaf and Blind. The signs here are in braille that teach you about the local trees. It’s only about a mile long but I was interested so looked up Braille Trail online and it is something all over the country. 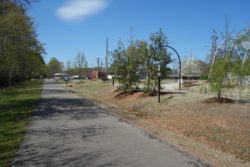 After finishing this Passage I found an AirB&B nearby to put me within a mile to start the next Passage.  There are thunderstorms expected for the next 24 hours so I will also stay for a zero and chill during that time. Since this Passage went right by a Walmart Marketplace,  I picked up some food to tie me over.