It’s impossible to recreate the magic of your first thru-hike.

Although the terrain is entirely unfamiliar, I went into the PCT feeling like I knew what to expect.  For the most part, this premonition has been validated.

In other words, the initial butterflies have been more mild and short-lived than they were on the AT; I feel like I’ve already hit my stride.  This is both encouraging and disconcerting.

It’s encouraging because I feel like my backpacking mistakes are largely in the rearview mirror. No longer will I burn a hole in my socks drying them in the oven (a real thing that happened).  No longer do I degrade the waterproof-qualities of my rain jacket by sitting downwind of the campfire.  No longer do I let my feet cook inside my footwear for a full day of hiking, rendering a daily smattering of hot spots.  And, for the love of God, no longer do I carry a full roll of toilet paper.

It’s disconcerting because it’s less thrilling.  Every minute of my first month on trail a handful of years ago felt like life on Mars. I can vividly recall boiling water for my first dehydrated dinner on trail. It was a Mountain House Chili Mac, I cooked it directly in my Jetboil, and continued to let the flame burn well after the water was boiling and food was added- something a fellow hiker quickly pointed out was wasteful and dumb.  Thanks, Road Dog.

Now, I arrive to camp, quickly add my remaining half liter of water to my pot (conserved specifically to expedite the dinner process), begin boiling, put on my mosquito armor, set up my trekking pole tent, throw a packet of olive oil and some cheese on my dehydrated dinner, add the boiling water, place sleeping pad and bag inside tent, filter enough water for the night and next morning, eat dinner, clean up, make a fart joke, check the next day’s terrain, and pass out. This routine is methodical and second nature. It happens in different places, with varying amounts of views, bugs, and proximity to water, but it plays out in that order without much thought or attention.

This says nothing of my appreciation or enjoyment of the first 10% of the trail (I’m currently at mile 260).  It’s truly been a dream.  Washington’s landscapes are stunning, the weather has been impossibly good, and my fellow thru-hikers are world-class company.  The journey thus far has been even better than anticipated.

But I came to the trail fearing that the wick on the honeymoon candle would burn much shorter than my first go-around. It has. That’s a reality I’ve come to grips with.

It’s not too often you can seek relief from a blazing hot, sunny day by stuffing handfuls of snow down your shirt and in your hat.  This is the sort of beautiful dichotomy Washington has presented us thus far.  We’ve been on trail for nearly two weeks, and of those days, only one has seen consistent cloud cover.  The “rainfall” has consisted of about 30 minutes of a light mist.  My warm (wool) base-layer has sat in my pack for the duration of the trek with the exceptions of camp and town, and only then because my only other shirt smells like microwaved trash.

We’ve jumped into lakes, one of which was still mostly frozen over.  We’ve glissaded down snow banks.  We’ve hiked several mile-long stretches with untouched views of the wild Northern Cascades, and quickly descended into dense western red cedar forests, where the trees tower more than a hundred feet overhead.

We’ve watched hundreds of cars pass us by over the course of 2.5 hours while trying to get a hitch, only to finally get a ride from a bachelorette party bus. True story. Thanks again, ladies. Warm tequila from a used McDonald’s cup has never tasted so refreshing.

We ate ourselves into a coma at the renown Stehekin Bakery. Future PCT hikers: do not miss this stop.  Get the sticky bun, ask for it heated up, and journey into a deeper state of bliss with each bite.

A couple hot spots aside, my body has been holding up remarkably well. Even on the nights I pass out with nothing left in the tank, I wake up feeling refreshed and ready for 20-25+ miles. The hiker hobble has yet to strike.

The snow has been a near non-issue thus far. This is especially good, because the guy who dropped us off at Hart’s Pass took off with our snow gear (long story). Although this has been a high snow year in the Cascades, the melt rate has been an even greater force.

Much of my gear has been less than reliable thus far.

On day four, my NeoAir Xlite sprung a leak, which I patched.  On day five, it sprung another. I was unable to track this one down and spent the next four nights sleeping on the bare ground, thus getting shit sleep for the better part of a week.

My Olympus 3.0’s have essentially disintegrated within the first couple hundred miles.  My left shoe wore two giant holes, my right added another, leaving only my sock to protect me from the rugged terrain. Both have lost the majority of their tread already. Fortunately, I have ogre feet and can withstand a supernatural amount of impact (which is undeniably related to the cause of the holes in the first place).

The Katadyn BeFree hasn’t been the perfect water treatment option I originally hoped. The attachment HydraPak bag sprung not one, not two, not three, but SIX pinhole leaks over the last week.  I’ve been told by a fellow hiker that there was a batch of defects with their product, which makes sense considering that Jabba carries the same product and has sustained only one hole (which is still one too many).  I am giving the filter a second chance, because when working like new, it really is the best filtration option.

The motherfucking bugs are out, and they want blood.  I’ve been bit in places that are inappropriate to mention in a backpacking blog.  And from what I understand, the bloodsuckers are about to get worse. My rain gear has been a lifesaver, as has the head-net.  Full coverage is a must, kids.

One of the nice ladies on the bachelorette party bus told Jabba that I smelled worse than he did.  This is upsetting not only because 1) he is a garbage person, but 2) I was wearing a clean shirt. He was not. I still think she was using it as a pickup line. Lazy, albeit understandable given the amount of wine coolers that had been circulating through that short bus. 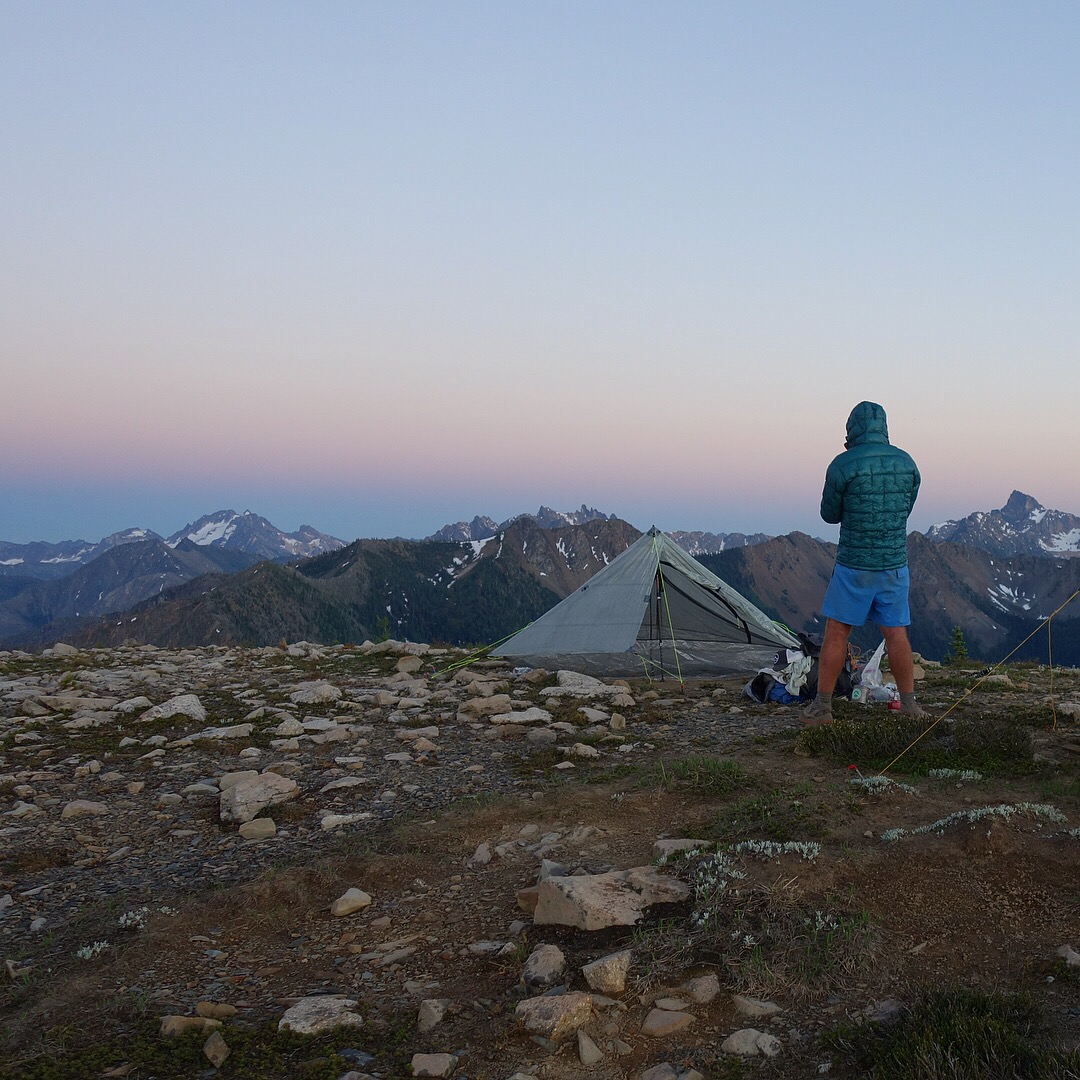 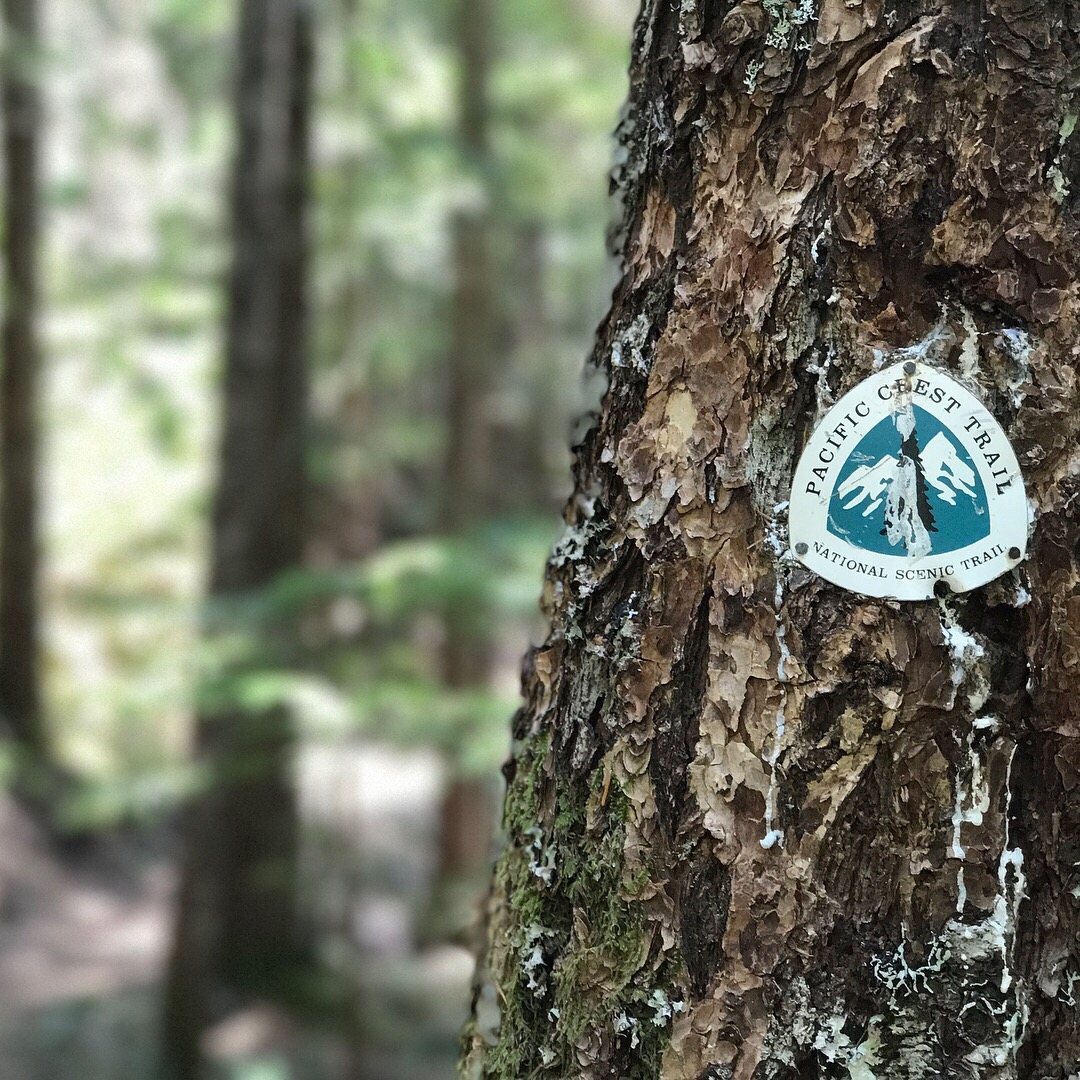 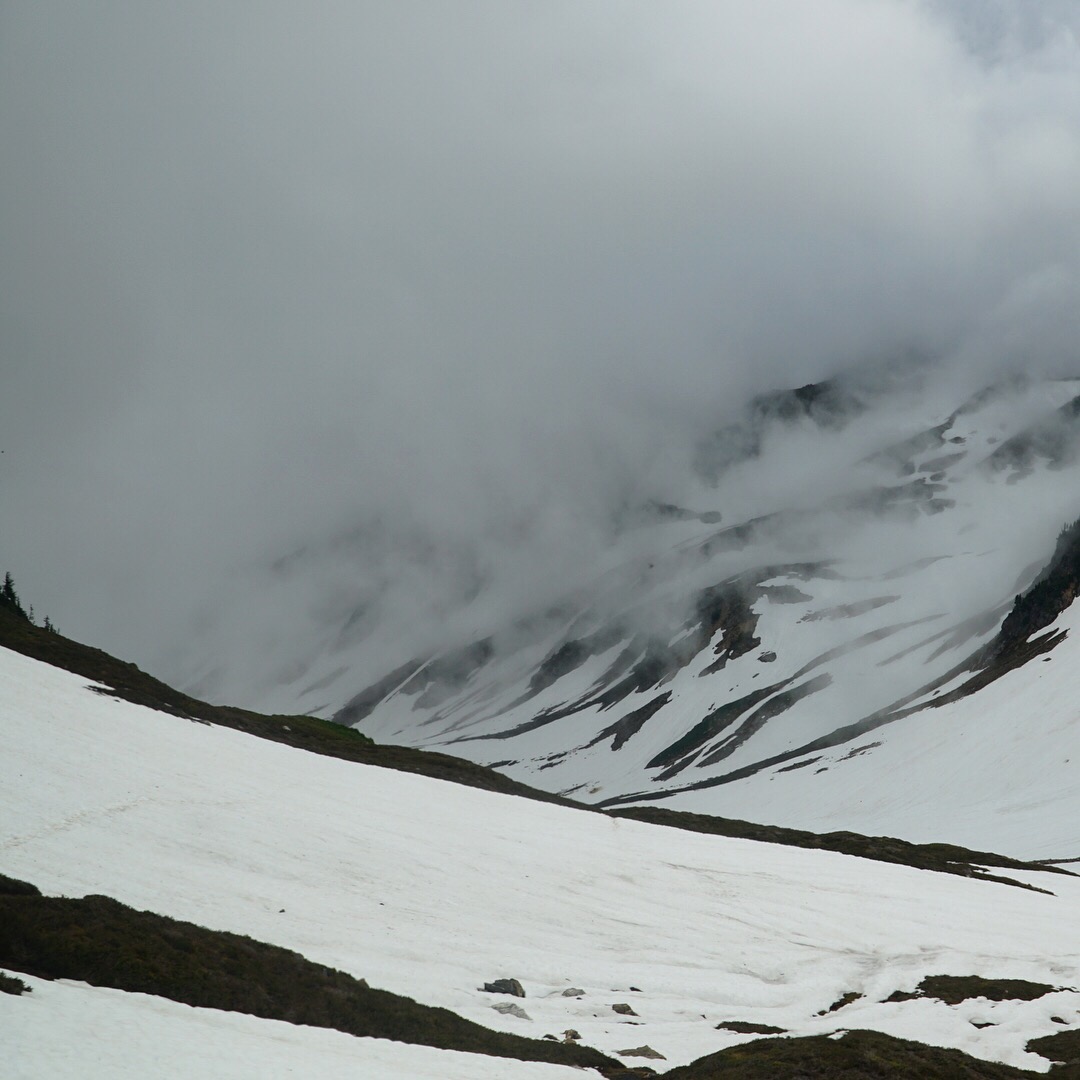 It’s funny, because in the weeks leading up to this hike, I was flooded with doubts. Were the risks too great this year? Was I ready to voluntarily kick my own ass for 3-4 months? Would homesickness get the best of me?

As soon as I hit the trail, all the negative thoughts vanished. I knew they would. There’s something incredibly liberating about running full speed (or walking at roughly 3mph) directly into your fears.  I feel more alive than I have in years.

This trail is a dream. We’ve almost grown accustomed to Washington’s persistently gorgeous views. Almost. The terrain isn’t easy, but certainly isn’t punishing either. Water is plentiful, as are campsites. Clear skies have been the rule, clouds the exception. There’s a nice mix of exposed trail and dense forest. The fellow thru-hikers are friendly, encouraging, and interesting. This trail is a dream.