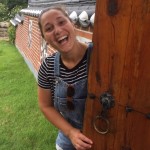 AT or PCT: Which Should I Hike First?

Hey, readers! My name is Lizzy and I will be thru-hiking the PCT alongside my wonderful girlfriend Katie (who will be vlogging our journey on The Trek’s YouTube page as well).

When I was in high school, I had a teacher who picked students to go to Alaska every summer. When I heard of this, there was nothing I wanted more than to be invited along. This trip to Alaska ended up being my “ah ha” moment, as I like to refer to it. I left feeling a lot of emotions, but I mostly felt restless. Restless because I now caught the adventure bug.

When I discovered the world of thru-hiking, I initially became obsessed with the Appalachian Trail. I consumed as much information as I could and thought I was dead set on hiking the AT. It wasn’t until my oldest sister moved to California that I became infatuated with the landscapes on the West Coast. From that point on I knew what long-distance trail I wanted to hike first: the Pacific Crest Trail.

I had just graduated from college and going into the summer I had my mind set on staying single. In my mind I had a long list of adventures I dreamed of taking solo, so I rejected thoughts of someone else joining me on these journeys. Those first few weeks of work Katie and I often passed each other outside, happened to be in the kitchen at the same time, or having meals at the same time. Thanks to my friend from college who worked there as well and knew Katie from the previous summer, we all started to hang out as friends. Once I got to know Katie, I knew my plans of staying single were going to get tossed to the side.

Katie and I often talked of travels that we wanted to do. Thru-hiking was something that was on the both of our radars. She wanted to do the AT and I wanted to do the PCT. I told her that maybe since we want to do different trails we should do those individually. That’s when Katie said, “What about if we hike one trail together?” Inside, I was having a mini freak-out, but on the outside I kept relatively calm. Thru-hiking to me at that time was something I thought you should do on your own. So when she asked me that question, I just responded with, “Let me think about it. I was really hoping to do this on my own.” I’m not sure that’s the response she was hoping for, but I knew she’d be supportive either way.

I thought about it and thought about it. Once I came to a conclusion, I let Katie know I wanted her to join me. For me, I realized the pros outweighed the cons. I found someone who I really loved and who shares similar interests and values as me. I knew with Katie by my side I’d be a better version of myself and we’d be a better team.

I am not hiking the PCT to have an adventure of a lifetime, I am hiking because I want to live a lifetime of adventures. Accompanying me on my hike will be my wonderful girlfriend Katie; who will be vlogging for the Trek too!