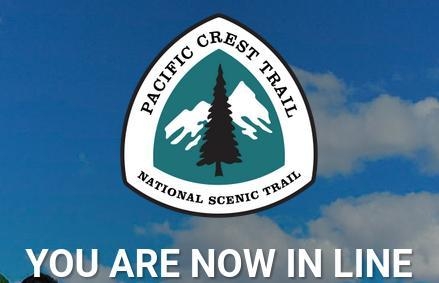 Everything had come together, the money, the time, the training. Relatives sponsored me so I could purchase lighter gear, and, to top it all off, I was tapped by the Trek to share it all with you.

However, in the midst of my preparations, the long hours at the gym, the 15 mile daily road hikes, a hidden monkey wrench was already being gripped by the hands of fate to jam the machinery of my motion.

There, on March 20th, right at the trailhead in Campo, what I thought would be one of the best days of my life, became one of the hardest.

It is a story, I feel, that many of us can relate to when reflecting upon last year, but I was determined not to let it stop me. Arriving back home I dug into my training and kept it up, steadily gaining progress throughout the summer.

Everyday I was getting stronger, my weight was coming down, and in the midst of lockdown, though restricted to a daily run or, more often than not, my treadmill at home, my entire focus was on 2021 being my next big chance.

By the time I got to October, I was running a nine minute mile, at an average of eight miles every morning, not to mention the planking, the barbells, the literal culmination of three years of almost daily work, and rigorous focus on my nutrition.

2020 wasn’t done with me though, a mysterious medical condition developed where I began holding onto water, about 30 pounds of it to be exact. They called it a +1 pitting edema and  it landed me in the ER. The fear was blood clots, or kidney failure. My father, who had thirty years of experience as a trauma nurse panicked, and threatened to fly in, concerned I might not make it.

A battery of tests showed that I was medically stable, but no greater cause could be determined. There was no answer to the mystery, aside from the fact that it didn’t seem to be killing me.

Without a clear answer though, I was  told it was ok for me to keep up with my routines, in fact the ER doc insisted my running was fundamental to recovery.

It was a fine theory, and it might have worked in practice, but with the sudden spike in weight due to water, my knees came under strain and my left one blew out hard.

Four months out from the official opener of the PCT and I was down with an injury. I could barely walk without a cane, and couldn’t afford to go back to the doctor, all the while covid continued to rage, and began to surge in intensity as we headed into the holiday season.

Every routine broke, almost every strand of discipline I had cultivated unraveled. I couldn’t move, and so I grew depressed, I overate, and ended up holding onto much of the weight that at one time would have only been temporary had I been able to persevere.

Now here we are, on the other side of healing. Two months in and my knees are mostly better, but my fitness is at its worst point in the last two years.

For the last three weeks, through fits and starts, I’ve been slowly rebuilding my world, getting back on the treadmill, taking back what I’ve lost, inspired by the hope that the PCT would open for the 2021 year.

Shortly after New Years, my Yuletide finally came with the announcement from the PCTA.

It’s going to be a tough year out there. Trail maintenance is at an all time low, while concern for Covid and its new strains are steadily rising every day, presenting a patchwork of regulations, rules, and bans to plan around.

What’s more, many of the social opportunities that attract hikers to the PCT will not be available this year.

Yet, at 1015 PST today, I’m logging onto the permit system and getting in line.

The hiking community, the people I meet on the trails, are among some of the grooviest, and grandest souls I have ever met. Friendships can happen in the backcountry almost instantly, forged by similar experiences and shared passions, but that’s not why I’m out there.

I’m heading out there, because I’m called to be. My home is on the trail, wandering from place to place, always chasing the horizon, ever curious about what lies just beyond it.

That is the reason I hike, why I wander for months at a time, far from my family and much of what we deem comfortable in our modern world.

It is there among the trails, and in the wildlands, that I find myself, and feel the most alive, and so the idea of the PCT being a quieter trail this year is not daunting for me. In fact, I welcome it, because it will be a challenge, because not everyone is going to do it, because it’s there, and it’s calling to me that I belong.

I can social distance, I can wear a mask to pick up my resupply, and I’ve already spent a lifetime avoiding parties, gatherings and bars. My soul is patterned after an itinerant wanderer and to quote John Muir, as many have done before:

The mountains are calling, and I must go.