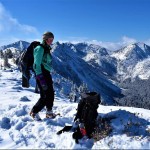 When Life Throws You a Curve, Be Flexible with the Plan

Hello there, fellow Trekkers. My name is Em and this year, in 2018, I will become a SOBO thru-hiker on the PCT with my British adventure buddy boy (aka boyfriend), Ryan. Due to time constraints, we won’t be starting until July 13, which means we’ve got to hit the ground running. Literally. 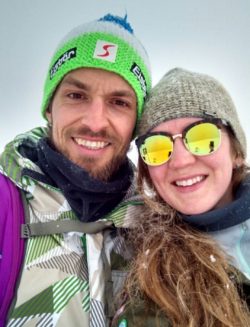 Out for a training run on Kuer. We are trying to prep as much as we can in the Arctic. 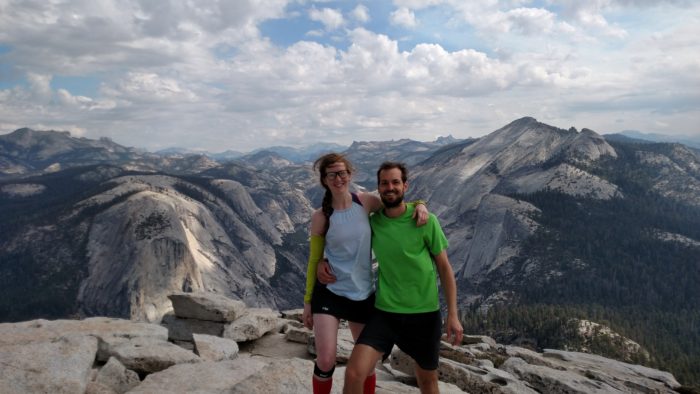 This is us in Yosemite. I put it here because I like the picture and I’m ready to get back here again.

This demands a much different approach than the one I used for the AT. When planning the AT, I basically saw thru-hiking as a way for me to transform my body into Wonder Woman. This isn’t to say I wasn’t physically active before hiking; in fact, rather the opposite. At the time I was working as a dog-sledding guide, leading five-day treks across the frozen Arctic with huskies. However, I wasn’t walking 20 miles a day, so when I left Finland and found myself at the foothills of the Appalachians one week later, I wouldn’t exactly say I was in shape for a 2,200-mile hike. 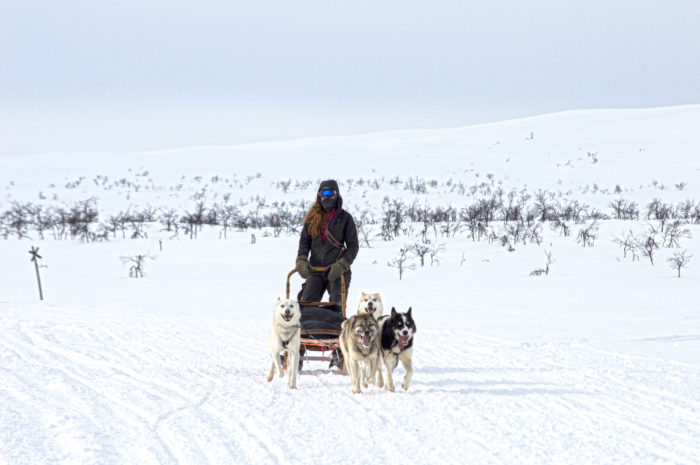 Husky sledding is physical, but kicking behind a bunch of crazy sled dogs is not the same as hiking up and down the Appalachians.

I met many hikers like myself, who really struggled the first few weeks as they suddenly asked their bodies to move continuously for eight or more hours a day. But I also met another kind of thru-hiker, though they were a rarity. I will name them Boy Scouts – because damn, they were prepared. These hikers spent their weekends with their packs, doing two- or three-day treks every week, hiking up and down mountains, pitching their tent in all types of weather, perfecting their camp food menu, and building rock-hard calves. Some were even running with a 30-pound vest on (this is a bit extreme). I watched in awe as they pounded out 20-mile days in the first week of the trail. 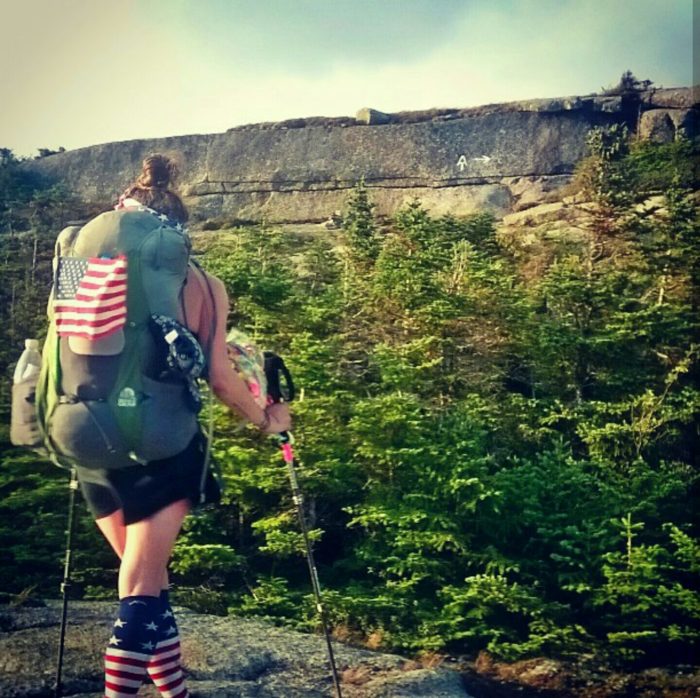 By the time we were in Maine, 20 miles per day was our minimum. But we sure didn’t start out at that pace.

There isn’t a right or wrong way to journey on a thru-hike. You can start overweight and out of shape, or you can start as an ultrarunner like Scott Jurek. We are all going to the same place, no matter how long it takes us to get there. I fully embraced this mentality when I started walking on April 20, 2015. “Forward is the pace” was our mantra every day. And I refused to let us think about the possibility of not reaching Katahdin. 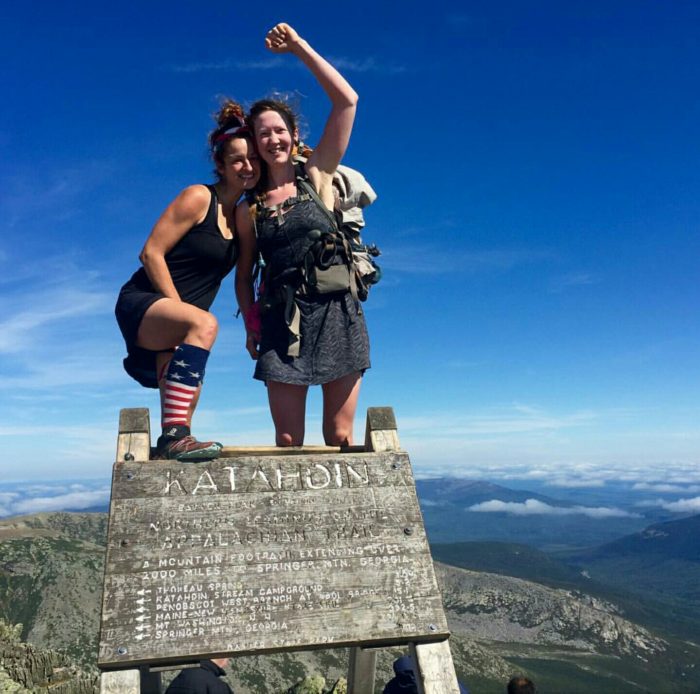 But the PCT is much different from the AT. The mountains are bigger, the trail is longer, water isn’t always abundant, mountain lions, Washington’s mice, etc. The biggest obstacle for a PCT thru-hiker, though, is time. We have to make it through the Sierra before the snow hits again in the autumn, or our dreams of a thru-hike are over for 2018. And this means, Wonder Woman can’t show up halfway through the hike; she needs to be there from the very beginning. 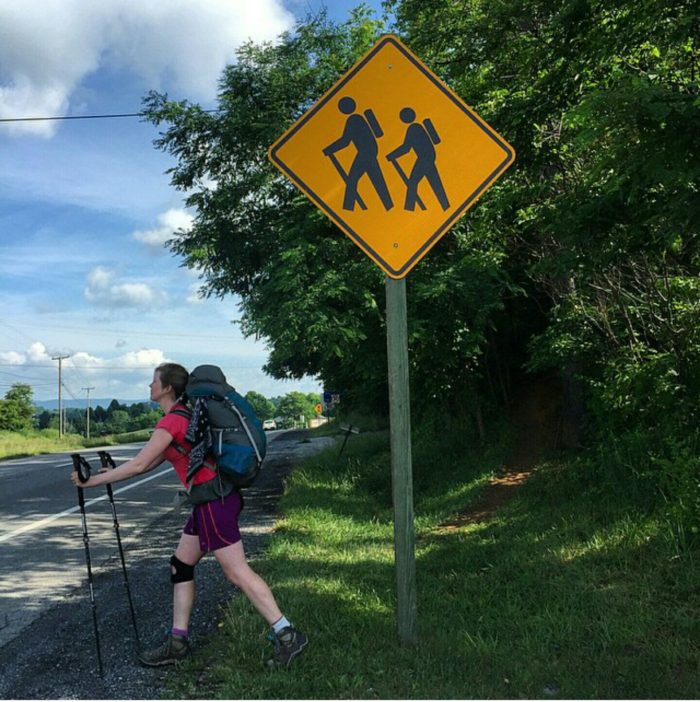 I definitely felt like Wonder Woman by the time Tosha captured this moment.

Sometimes We Can Push too Far

Even when I was planning a NOBO for 2017, I knew I needed to start in far better shape than I did for the AT. So I hit it – hard. I walked the one and a half miles to work every day, I cross-country skied at least three days a week. I snowshoed on days I wasn’t skiing and also ran three or four days per week. I was going to kill the first few weeks of the PCT. And then, after a few months of this, I started to feel… off. Not normal. My throat was getting tight, my energy levels evaporated. Soon I was struggling to walk the miles to work. By the time I returned to the U.S. after my sixth Finnish winter, I was sick. Like, really sick. I went to doctor after doctor, but nobody could tell me what was wrong. I finally had to make the decision to cancel the hike, leaving one of my best friends in the whole world to hike it alone, without me. I. Was. Devastated. 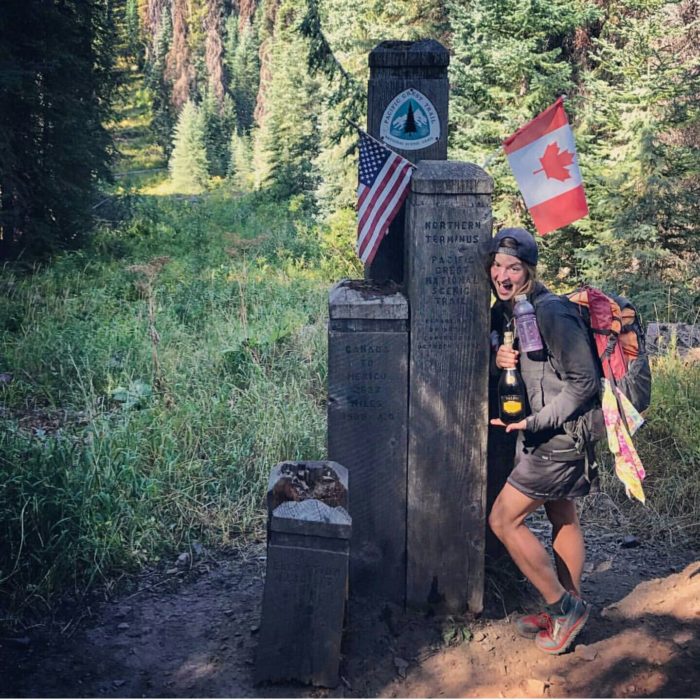 Of course she made it all the way without me. I won’t lie; it was really difficult to follow her progress, knowing I should have been there too.

All that planning, all that effort, wasted as I lay on the couch like a potato. And then, I got mad. Why had this happened? What was wrong with me? As I lay there day after day, I discovered food documentaries on Netflix. And I binged the hell out of them. Could this be it? Could this be the answer? Was my diet the key to my poor health and this crazy POTS flare? (No – I don’t mean I was getting lit like Cheech and Chong.  POTS is an invisible illness that attacks your nervous system and mostly affects women… yay, us ladies.) I became ridiculously strict about what I ate. Only vegetables and fruits, some legumes and lentils, hummus and homemade everything. And I started juicing. I was a walking advertisement for Whole Foods, basically. I’ve been on and off vegetarian since the age of 18, but now I was vegan, a term that used to invoke lots of eye-rolling and sarcastic comments on my part. I felt like a hypocrite. But you know what? With a B12 supplement and my diet, I slowly started to feel better. Not 100 percent, but the tight throat started to fade. My energy began to return. I stopped having so many dizzy spells and syncope. I started to feel, after four months of being sick, that I could maybe, just maybe, go for a day hike. 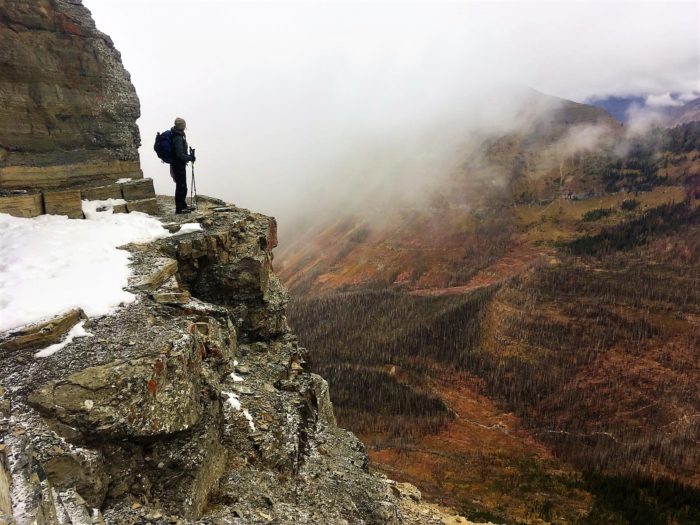 When your spirit belongs to the mountains, everywhere else feels innately wrong.

For you fellow Trekkers out there who have suffered injuries and illnesses (in other words, all of you), you can understand the depression that overwhelms you when you are forced to spend your days inside. Nature is calling your name, and you have to turn your head and ignore her. It hurts your soul. My first hike after getting sick was on More Mesa in Santa Barbara, Calif. I looked out over the Pacific Ocean and finally let it go. I had planned and planned and set my heart on the PCT 2017. Everything had crashed and burned. At that moment, though, I realized it needed to. 2017 just wasn’t my year. I learned very important things about my health and my body that might have cost me much more than a few months on the couch if I had tried to hike in 2017. Now I feel, dare I say, enlightened about our food industry and the importance and absolute necessity of a good diet; not just for the PCT, but for every day of my life. 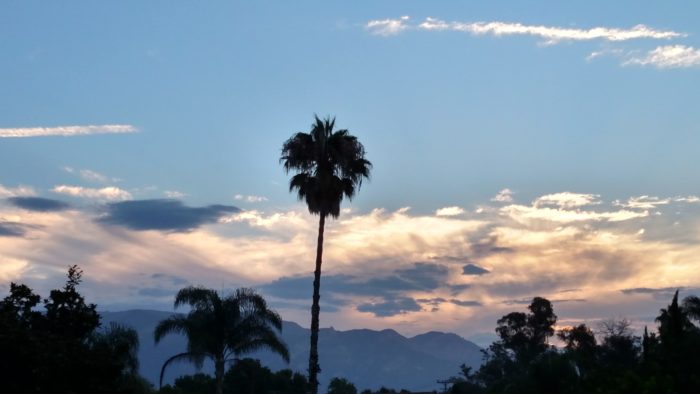 Ocean views, Santa Ynez mountains, and a warm breeze are the perfect ingredients for a clear mind.

And so I am starting again, this time with the right foods to fuel my Wonder Woman dreams, as the start date for my PCT SOBO draws nearer. Back to skiing, snowshoeing, running, and snowmobiling to get ready for hiking a very long way. And, silver lining, without this training I would have no motivation to leave my cabin when it’s -35C outside. 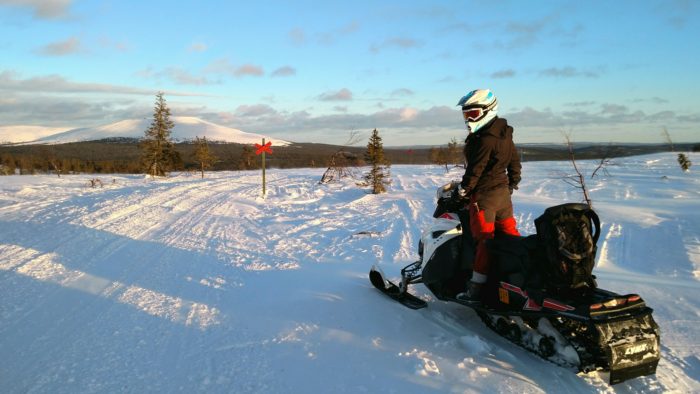 One of the ways I like to stay in top hiking shape is to not hike. At least not all the time.

The Plan Is:  Be Flexible with the Plan

In going through all of this hoopla, my number one takeaway and advice for those preparing for an upcoming thru-hike? The first part of your plan should be: Be flexible with the plan. It’s guaranteed to almost never go accordingly.

My name is Em and I am a wilderness guide in Finnish Lapland. When I'm not trying to survive arctic winters, I like to hike. I once met a man named Tim who convinced me that hiking the Triple Crown was a good idea. So I guess I'm doing that now in my free time. AT 2015 and PCT planned for 2018. CDT TBD. Forward is the pace.