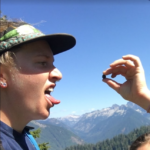 Sketchy Experience on Trail leads me to Re-evaluate my Goals.

After more than two years of looking forward to hiking the Pacific Crest Trail in its entirety, I started off “gung-ho” at Harts Pass, eager to reach the border and start blazing the trail. The original plan was to make it to the terminus and back in four days. Long story short, it took 6.5 days due to more snow than I thought would be possible. It wasn’t just normal snow. It was snow that was a slush-sharp scree flurry on the side of the trail, where no ice axe would be helpful on the snow bridges, and no foot could find a safe space to step and not slip.

One thing I wanted to get out of hiking the PCT was to be present in my life. I honestly don’t know if someone could be more present than I was for those 3.5 days getting to the terminus. Step, right hand plant, left hand plant. Step, right hand plant, left hand plant. Repeat for 12 hours straight. At the end of the day, I hoped that the next day would be somewhat faster, only to find similar results of the same rhythm. Because the snow conditions were far out of our comfort zones, my tramily (trail family) and I decided to take a lower alternate route back to Harts that would have less snow. Anything was better than those life-threatening passes we had done the days before. This meant approximately 15 miles of dense blowdowns. 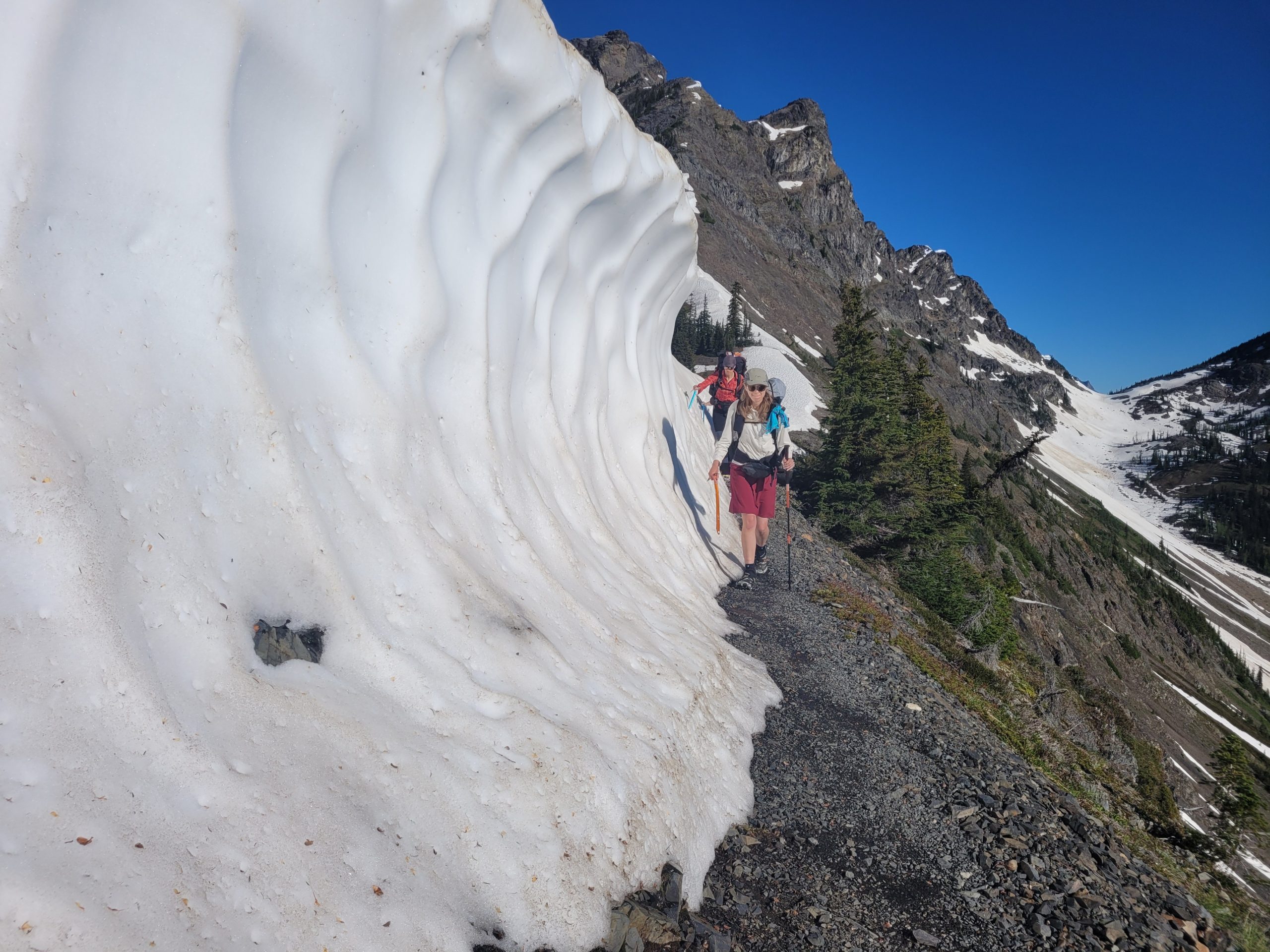 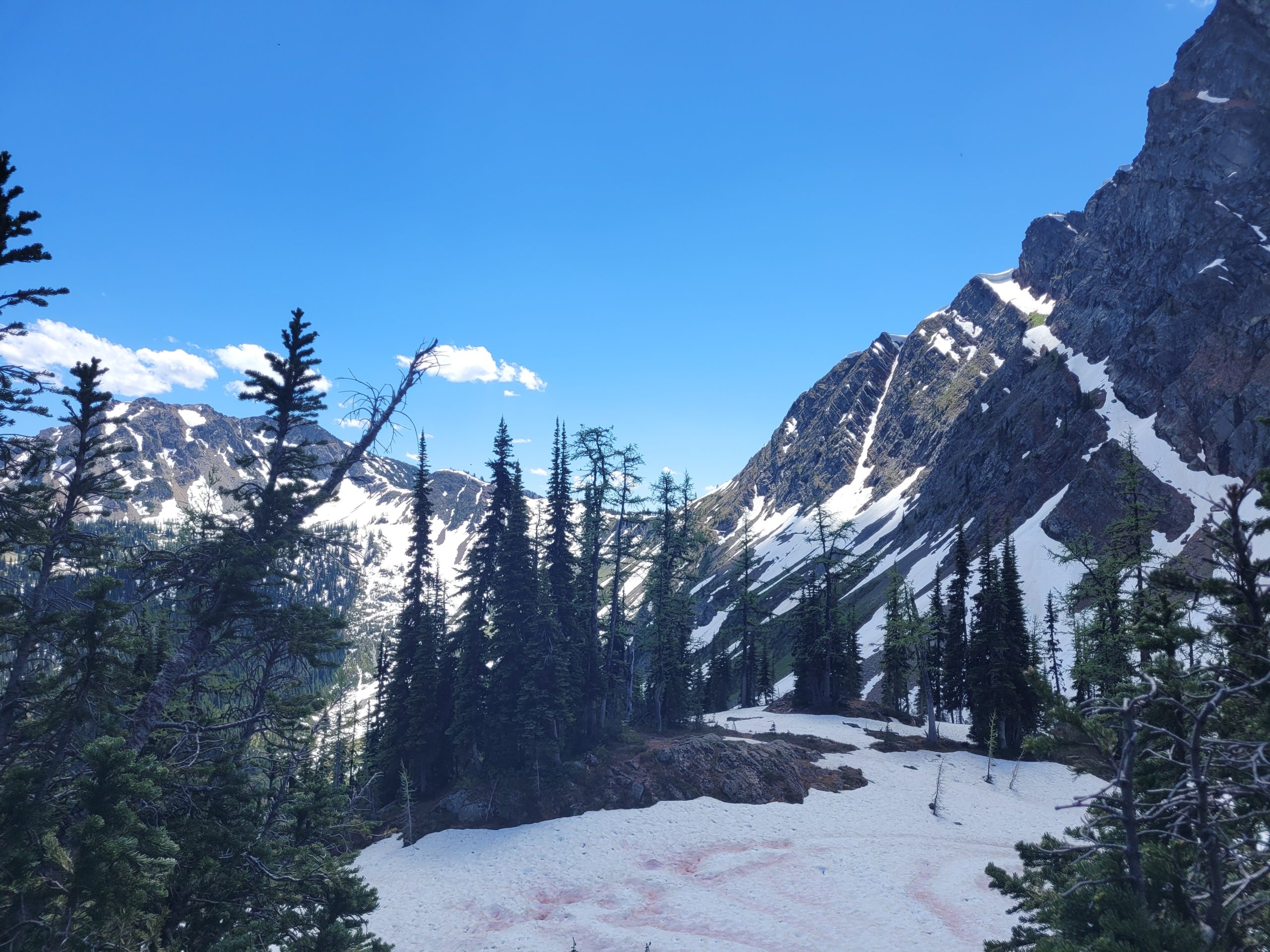 Before we had reached the terminus on the way back, I had slipped on a sketchy part of Rocks Pass and almost slid off a couple-hundred-foot cliff, but thanks to my ice axe, a fellow hiker, and a baby pine tree, I survived. In this walk over the blowdowns, I kept re-injuring my left knee from a near-death self-arrest at Rocks Pass by accidentally scraping it on the broken sharp branches from the blowdowns. I had had it. The rocks had given the blood, the snow absorbing the blood, the bugs eating the blood, the bandaids and leukotape seeping the blood. Hour after hour, no relief. I was done with it. I never wanted to deal with that near-death experience again. I got a ride back to my place many, many hours away. But every day since, I’ve been devastated about not being on trail. And so, I must go on. I must get back on the trail. It hit me while I was on trail that I really wanted to enjoy this trail, not just whiz by. 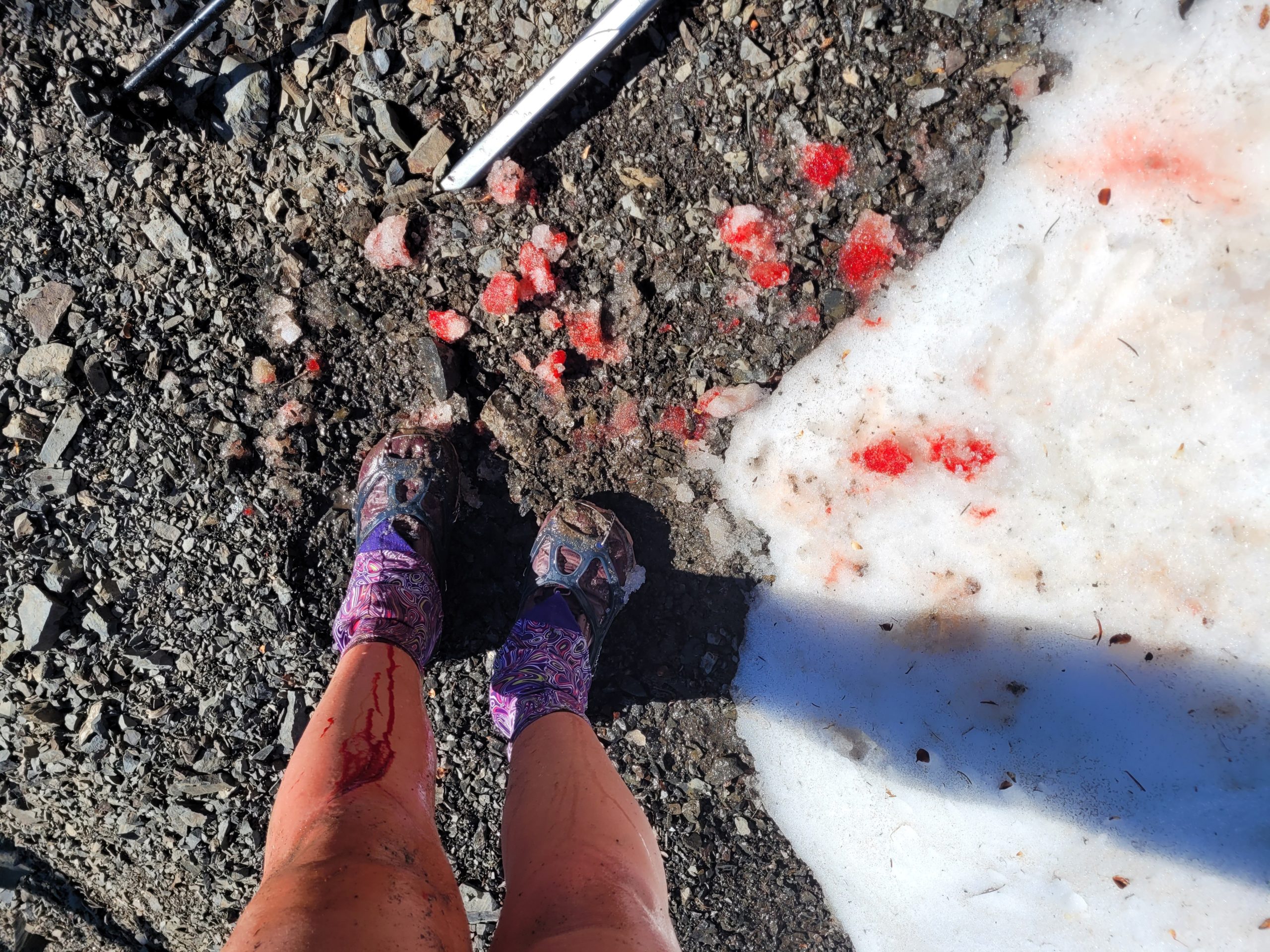 I realize that at this point in the season, it is really unlikely that I get to Mexico (we’ll see, though), but it is likely that I will stop by more lakes and rivers and views and really enjoy it. Enjoy it, because that is really what I wanted to do in the first place. My plans have changed a hundred times between now and the day I got off trail, from doing a flip flop to starting later in Washington to just doing section hikes, but I know that whichever decision I choose, I’ll be on trail, and I’ll be OK. I’ll never have to be in a near-death snow slide again if I don’t want to. Because, after all, this trip is for me, for me to enjoy, not dread.

Heyooo, I am a recent college grad and a former division 1 rower who is prone to picking up weird hobbies and seeing what my limits are... hence why I'm hiking the PCT!!! I have high stoke factor revolving around enjoying others company, going to my limits, and spending time on this magnificent Earth!