Solo Female Hiker: How to Not Get Raped or Murdered on the Trail

The night that I cowboy camp on this ridge is the first time I feel scared or nervous on the trail. 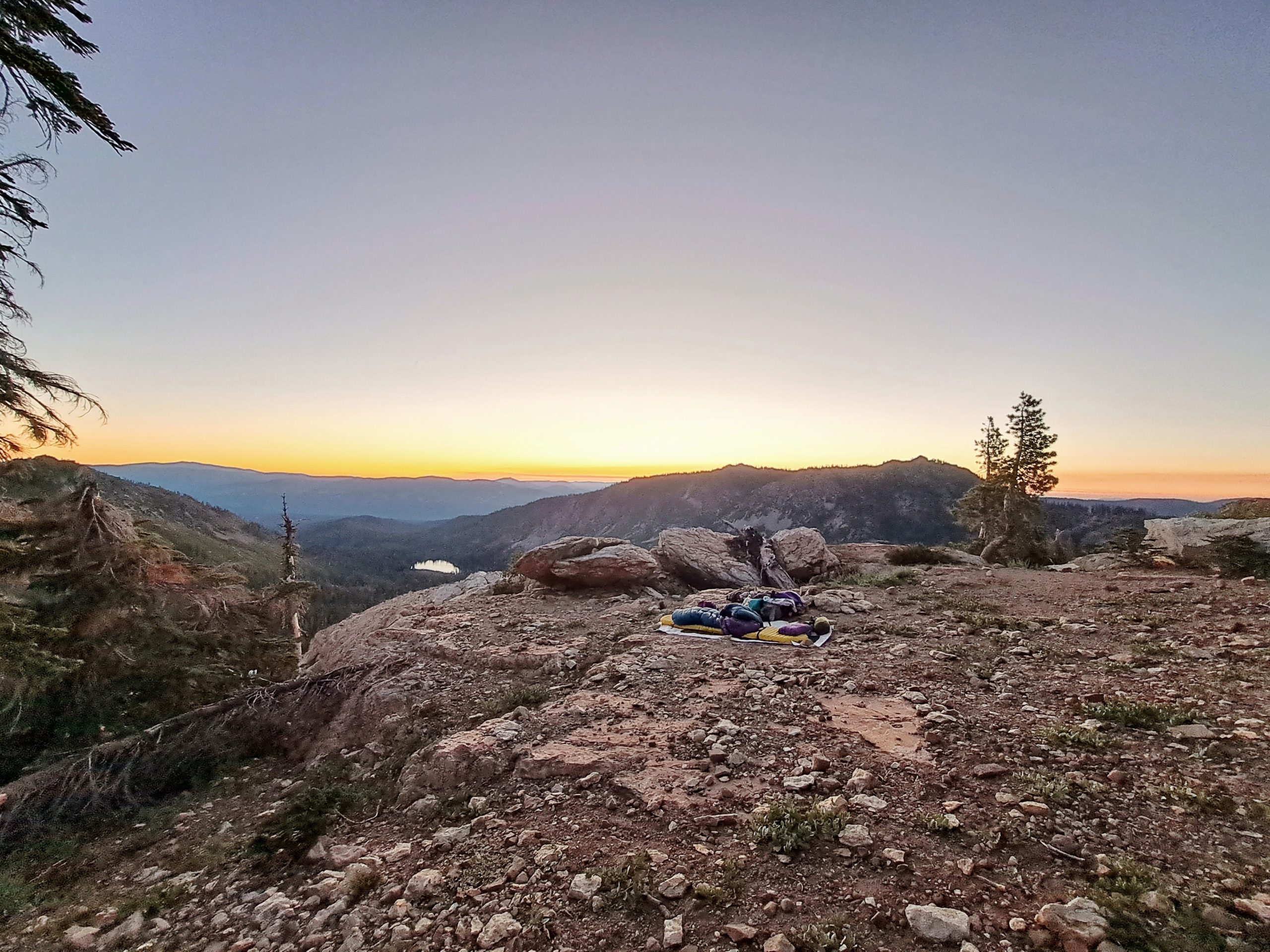 Not of bears or mountain lions – though they’re always possibilities – but of people. Men.

Earlier in the day I passed a bunch of day hikers. Several of the women stopped me to ask about hiking the PCT. “You’re alone?’ they always ask, concern evident in their scrunched brows. “Yep!” I respond cheerfylly. “There are always other hikers around.”

“Are you carrying a gun?” is the usual follow up question. “How about mace?” “Nope” I tell them and wave away their concern.

Late in the afternoon I encounter a hunter/fisher who stops me to chat. He is pleasant and nosy, like most day hikers we meet. He asks me where I’m camping that night and I tell him without thinking. I immediately regret it when he says that he plans to camp there too. I end up setting up camp about a mile from there instead. There are no other PCT hikers in sight, I haven’t seen any for hours.

I’m sitting on a rock eating my dinner away from my sleeping pad when I hear a trail runner approaching.

As he comes into view he sees my camp and starts yelling. He swears loudly at and gives my sleeping pad the finger. Then he sees me on my rock and he yells at me too. Most of what he says is in Spanish but the swearing is in English. He is furious, spitting and gesticulating wildly. Then he runs on. I have absolutely no idea what just happened.

Just as I get into bed the hunter/fisher appears. He stops to talk to me again… while I’m lying down bundled into my quilt. Then he climbs over a ledge, whether to set up his own camp or to continue climbing down I have no idea. I can’t see him anymore, even though he’s just a few feet away. I debate packing up and leaving. It’s already dark and I’m exhausted, but both men have really freaked me the fuck out.

I stay where I am. I don’t sleep well that night, and I never see either man again.

When I started this trail, it was my plan to never hitch alone, or stay with a trail angel alone.

Ghost was the first person to give me a ride (with two other women and a man) into Julian. He’s a well known trail angel who’s been giving rides for a long time. His advice to us was to not rely on water caches and for the women to never hitch alone. If you have to he says, decline rides from men. It is good advice and well-intentioned, though every solo woman will tell you that they get tired of hearing this. Tired of worrying about it, tired of thinking about this shit at all.

Just like being told not to walk in parks at night, how to not get raped or murdered on the PCT is a litany of warnings for women to be vigilant and to change their plans to accommodate the dangers of men.

When I first injured my legs, I could barely walk. I messaged a trail angel who’d listed their number on FarOut and asked him for a ride to town.

As I climbed awkwardly into his car, the first thing he asked me was “why are you comfortable getting a ride with a man alone?”

I didn’t know how I was supposed to answer that, and I got in the car anyway. This was a hiker-friendly town right? And my leg was fucked. He took me to his home, where there was supposedly another hiker, though I didn’t see any sign of her. In the car he repeatedly bought up the fact that most women don’t hitch alone, or stay with trail angels alone. Cool.

Standing in his kitchen he told me he was looking for a wife with traditional values and vaguely suggested that I could make him dinner that night, if I wanted.

He gave me a tour of the house, which included walking me into his bedroom and bathroom, and the offer of using his shower instead of the guest shower. When he eventually showed me the basement where I would sleep, I was relieved to finally see the alleged ‘other hiker’ that was staying with him. I was not as relieved to realise there was no door to the basement, and no lock. I did not sleep with my earplugs in that night. In fact, I did not sleep. I had intended to stay at this place for a few days while my leg healed, but in the morning I got the fuck out of there.

It’s not as easy as it seems to avoid hitching alone if you’re a solo hiker. People say ‘just wait until other hikers turn up and hitch with them’ but sometimes that’s not as reasonable as it sounds. I have hitched alone a lot, as it turns out. And overall I’ve been very lucky. Solo women frequently pick me up, sometimes with their kids in the car. They always tell me they only stopped for me because I was a solo woman.

It’s a reminder that hitchhiking is just as risky and nervewracking for women drivers as for hikers.

I was in the Wrightwood-Acton section when James Parillo was sighted in the area. He’s notorious, having been accused of multiple rapes and kidnappings of PCT hikers in the last decade, though he’s never been convicted. In that section, I got texts from almost every woman I’d hiked with sharing information. Which mile markers he’d been seen at, where he might be now, recent photos and descriptions. Women in towns also constantly warned us that he’d been sighted in the area.

One night in Wrightwood, I ate half a weed cookie that I’d been gifted by a section hiker. For the rest of the night everything moved in slow motion. I was walking back to our airbnb with an 18 year old hiker who asked me what she should do if she encountered James Parillo.

Feeling very wise, and high as fuck, I calmly explained to her how to rip his ears off – the ears you see, are not attached to the head by very much at all.

For two weeks, every woman I met on the trail was on edge. Some were so scared that they skipped ahead. I resented this additional stress, this special danger reserved just for us. I hated talking about, hated that we had to talk about it. People talk about thru-hikes like they’re a perfect world, a respite from the pressures of everyday life. But this part was exactly the same.

OTHER WOMEN WILL HELP YOU

This was the section where I started hiking alone, trying to get back on trail after an injury that meant my trail family had gone ahead. When I was 27 miles out from Acton I came to realise continuing was untenable. I could barely put weight on my leg. I was 3.5 miles from a major road and so I decided I would try to Uber from a nearby fire station into the Acton RV park. But there was no cell service.

I asked a middle aged woman eating a sandwhich in her truck parked on the highway which direction Acton was in so I could hitch. She pointed and said she’d love to take me but unfortunately she was headed the other way. After watching me stand pathetically with my thumb out for a few minutes she gestured me over and then drove 20 miles out of her way to take me into Acton.

As she drove away from where she’d dropped me on the side of the road I realised I was at the wrong RV park. The one near the PCT was a 3.5 mile road walk from where I was standing and I could barely hobble.

I started hobbling. Then I changed my mind and walked back to the wrong RV park to ask if they had any cabins available. They did not. I tried to get an Uber to literally anywhere, but there was still no service. There was no traffic on the road and I couldn’t get a hitch.

After a while the women working reception at the RV park took obvious pity on me, coming outside to take a smoke break and sit with me.

These women don’t know what the PCT is, and don’t understand why I’m hiking, but they want to keep me company and they want to warn me about Parillo.

They have looked up photos and articles for me, just because I am a woman traveling alone. One woman offers to drive me into Palmdale to get a hotel for the night when she finishes her shift. She lives at the RV park, so it will be an hour round trip for her at the end of her working day.

She makes sure I have a booking at one of the ‘safe hotels’ and I promise her I won’t go out after dark. Neither she, nor the woman who picked me up from the road will accept money for gas. These women will set the tone for the dozens of women who will  help me in the next few months. They’ll give me rides, host me, and later, when things get a bit dark, console me.

WHEN THINGS GET DARK

A police officer once told me that if women don’t want to get raped they should be more careful. That if they wanted a man to respect their boundaries they should outline each activity they consented to and didn’t before fucking someone. Preferably with a written list. He was joking (sadisitically) but later on the trail I would wonder if a written list would have helped. There’s not a lot of room to object in a one person tent with someone’s arm tight around your neck.

Two weeks later, I will be sitting in a park drinking wine from the bottle and potato salad with someone else’s spork. Another mid-30s female hiker and I will tell a younger woman about the magic of women’s bathrooms in bars and nightclubs. 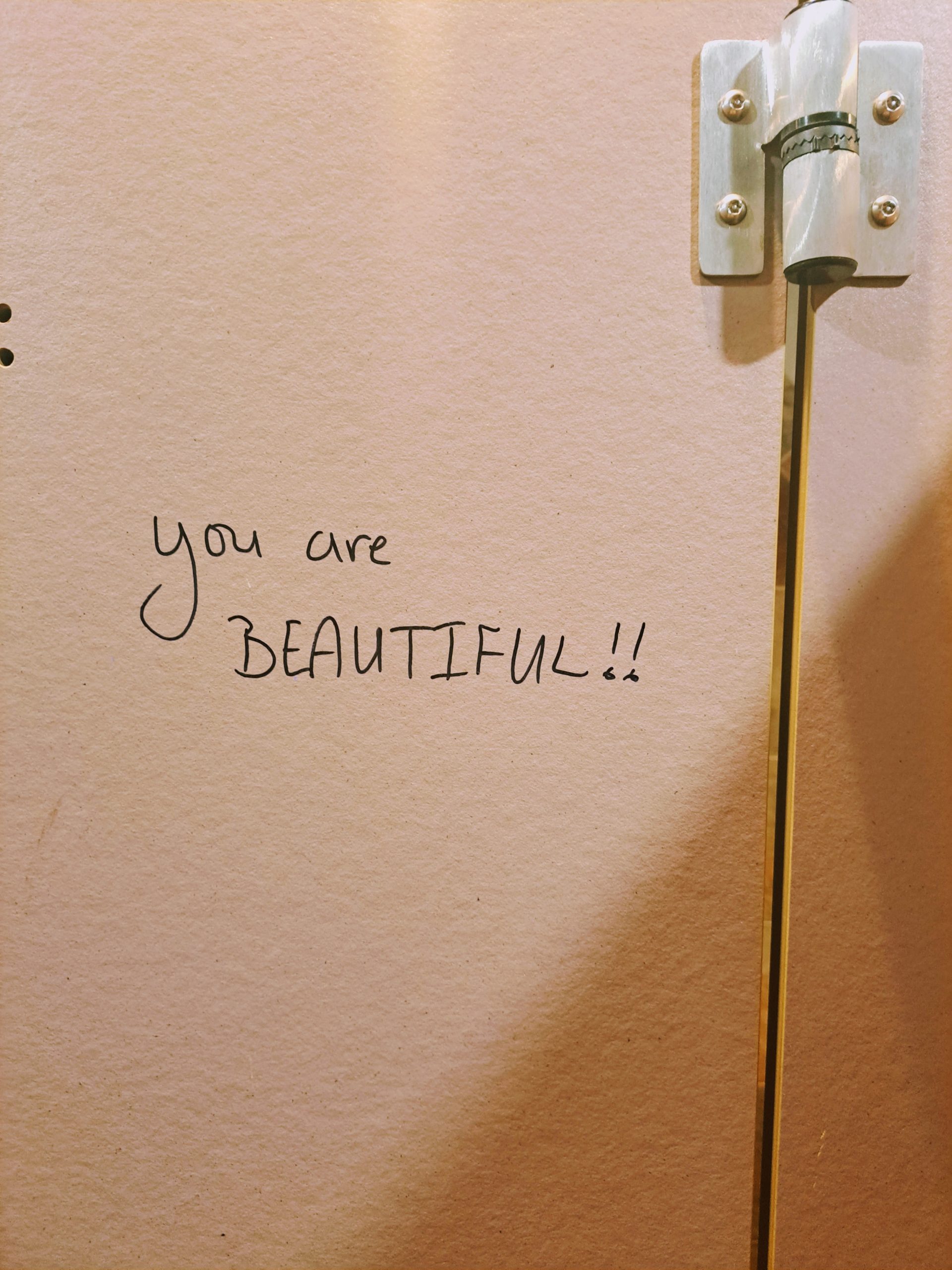