For Part Two, I asked fellow SOBOs their start and finish dates, what they liked about the schedule, and what about it was difficult. To close it out, we touch on a common question about southbounding: “Were you alone the whole time?”

Again, please share any more useful info or questions you have in the comments. 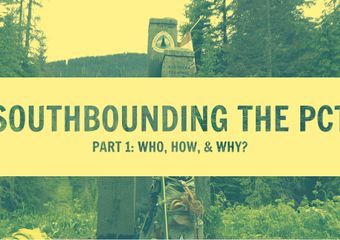 Southbounding the PCT Part I: Who, How, and Why"Oh, you're going the opposite way!" O RLY? I can't tell you how much this phrase began to grate on my nerves over the 2,650-mile trip from Canada to Mexico. Not because it was meant to ridicule or condescend. People…Read More

Righteous: I started hiking on June 18, and reached the border on the evening of the 19th. I was the first one to the monument! I ended my hike 119 days later at the Mexican border on Oct. 15. 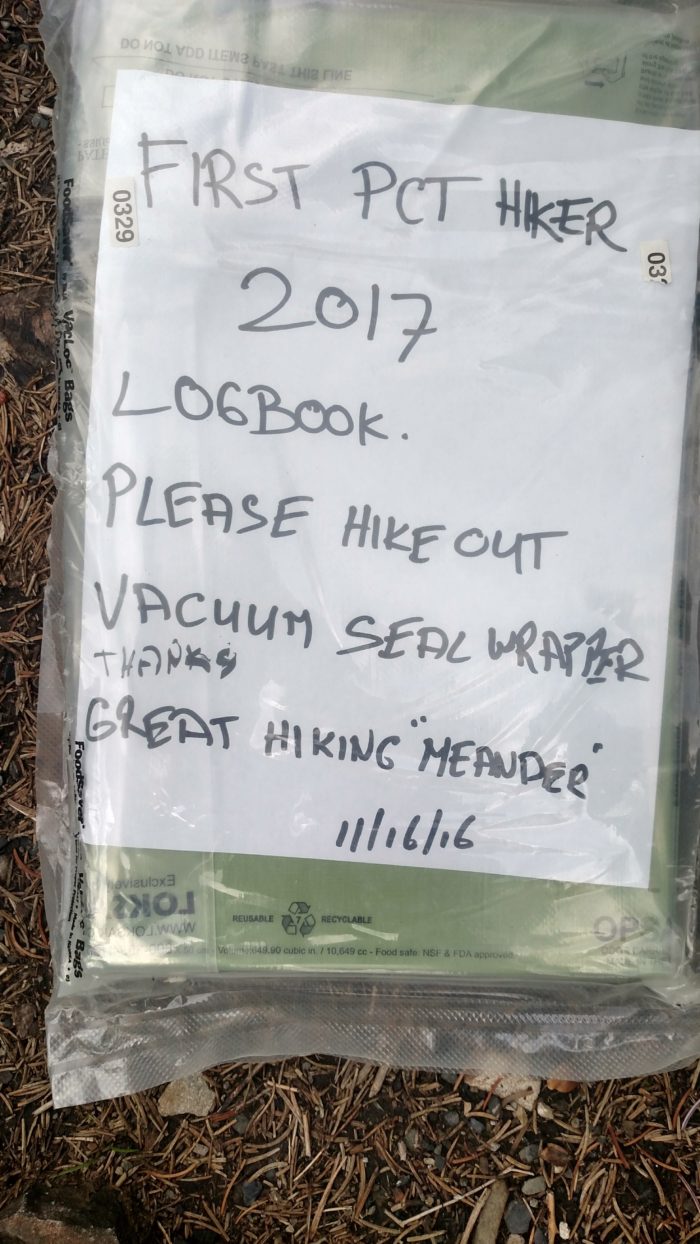 Smurf: I started July 2, and finished in just under four months on Oct. 26.

(Author’s note: Kirby, Per Bear, and I actually all finished on Oct. 15. How could they forget?) 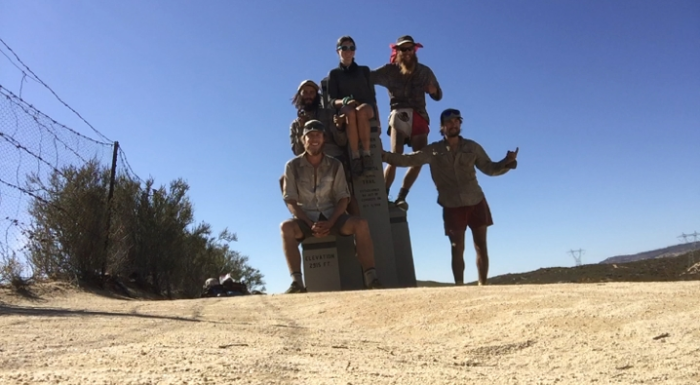 Proof: Per Bear, Leafy, Kirby, Righteous, and Ohm Boy at the Southern Terminus at the same time.

Most of the advice I found suggested starting anytime before July 1 was absolutely too early. I saw reports of people starting all the way into late July. There’s a lot that goes into picking a start date, but here are some pros and cons to help in your planning.

Advantages to your start date?

Righteous: Probably the best thing I can say for an early start date is getting ahead of the wildfires. I was able to stay just ahead of them (with the unfortunate exception of Crater Lake) through the whole hike. Even people who were less than a week behind me had many more fire closures than I did. There were an exceptional number of fire closures in 2017. 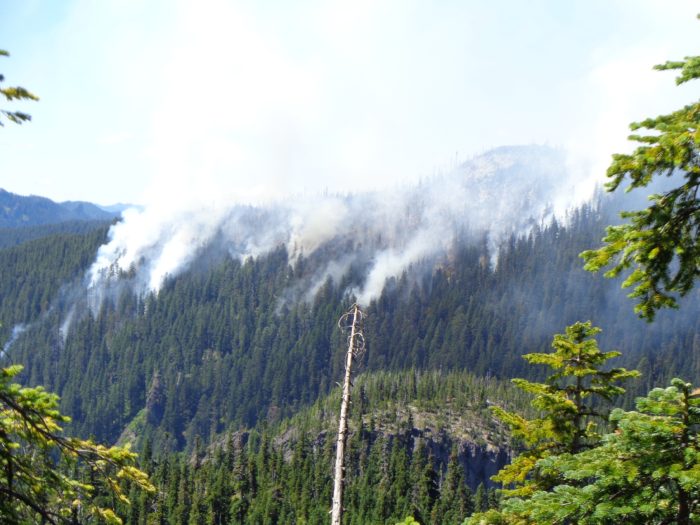 I was one of the last few through before the Mount Jefferson area was closed because of fire.

Smurf: Fewer people and the feeling of leading the pack can’t be beat! Leaving early, though, I felt gave me a buffer if I needed to get off trail at all. It meant I never felt rushed that I had to complete before the winter storms hit.

Per Bear: Early start gives you more of a buffer to get through the Sierra in time. I don’t see any advantages to a late start unless you have other commitments preventing you from starting early.

Cockblock Moses: Well, I had a late start. Advantages were less sketchy snow crossings in Washington.

All Day Err Day: I started July 12 so I saw very little snow.

Badger:  We started as early as we could without confronting technical snow hiking.  Only once did I use my crampons, and that number could’ve easily been zero. The advantage to our start date was easy hiking conditions throughout the duration of the trail.

Hardest thing about your start date?

Righteous: No hesitation. The snow in the first 200 miles was the hardest part of my early start. Between the border and when I stumbled into Stevens Pass, I estimate I had 50 to 60 miles of dirt trail. This was my introduction to the trail. I lost the trail a handful of times. One day it took me 13 hours to cover just 15 miles. I was very glad to have an ice axe, and the skill to use it properly on several occasions. 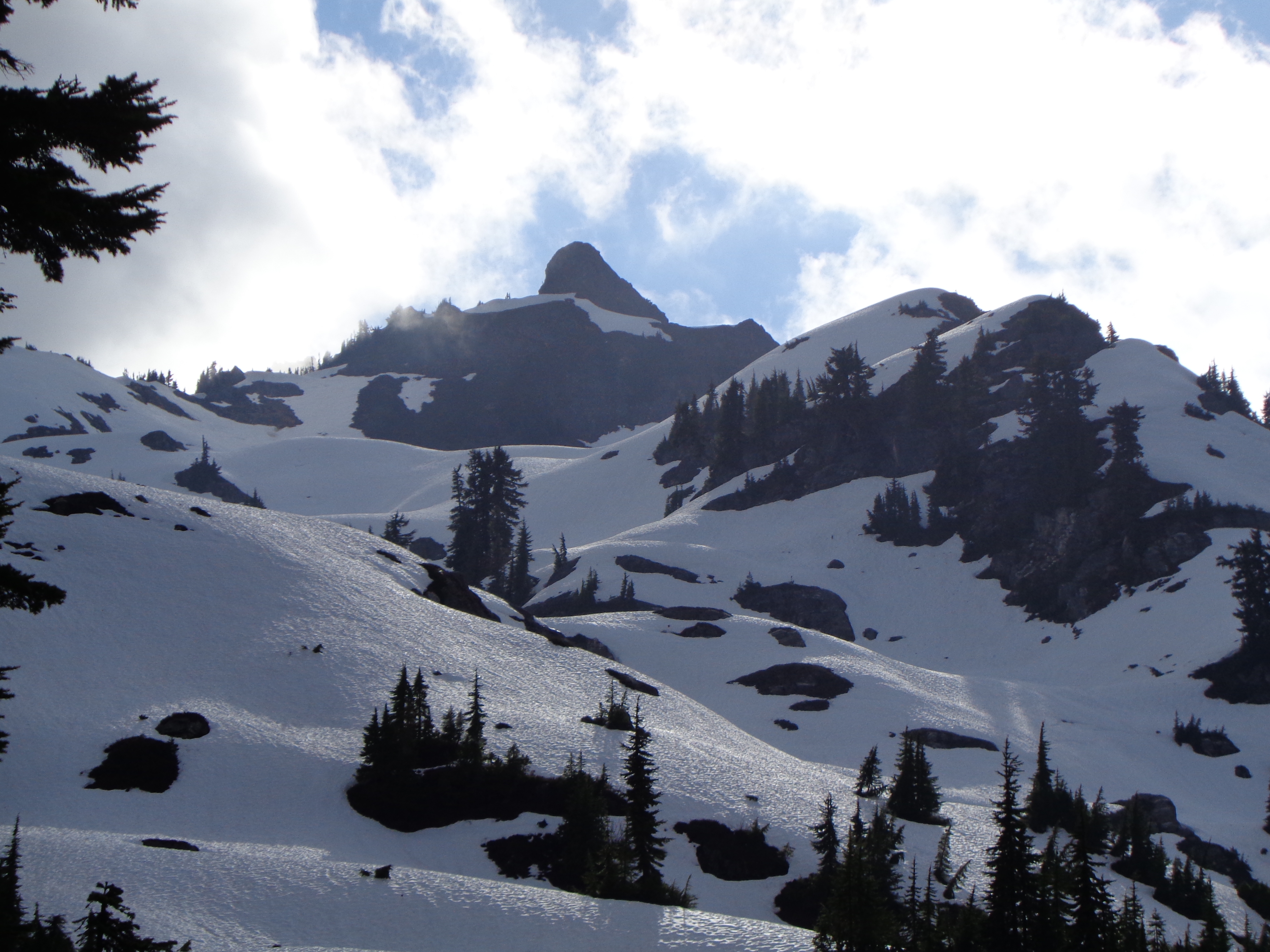 Smurf: Getting accurate information about the snowpack north of Hart’s Pass was tricky, even from people on trail ahead of me who had turned back. Play it safe and within your abilities and you’ll be OK.

Kirby: There was still snow in Washington when I started.

Per Bear: Rivers were running a bit high in Washington because the snow was still melting. You only have a couple of crossings you need to be careful in so this is not a big issue. 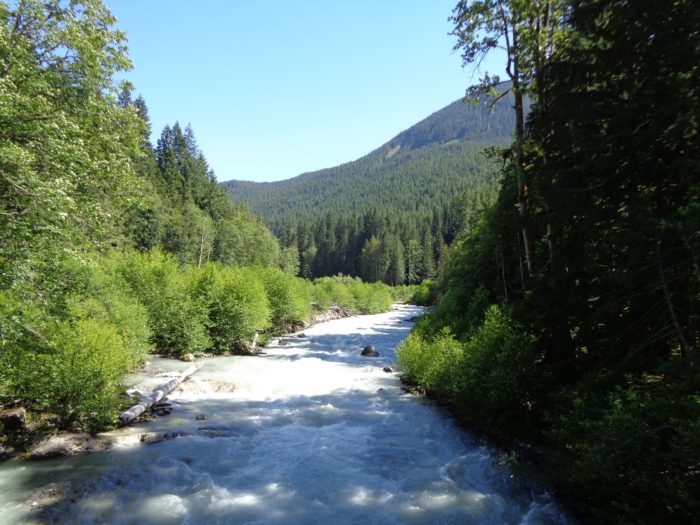 Suiattle River in late June 2017. Thankfully there is a sturdy bridge over this one!

Cockblock Moses: Having a “I have to hike 30 miles a day every day” mindset for three months straight and not losing it. If I could’ve started in mid-June I would’ve taken more zeros and enjoyed some towns more. There were many times when I would’ve liked to have stayed an extra day in town and explore more in a national park. But the idea of slowing down was the equated reality of a premature ending to the thru-hike if the Sierra dumped on me.

All Day Err Day: Waiting that long to get on trail, lol

Badger: The primary disadvantage to starting in mid-July was the small margin for error as an injury would’ve required us to either flip, take on potentially dangerous weather conditions in the Sierra, or have to fall short of our goal.

In Part I, many of us mentioned that experiencing fewer crowds was a factor in deciding to hike south. For me, I definitely wanted good opportunities for alone time. But that doesn’t mean there’s nobody around.

Were you alone the whole time?

Righteous: Nope. I didn’t see anyone for the first six days of my hike, but I was out there before even some of the roads were open. After that, I could probably count on one hand the number of times that I went more than 18 hours without seeing someone else. I hiked with a group of between two and six other people for just about half the trail. When I wanted to walk alone, it was very easy to do. Most nights before I hooked up with my trail family I camped alone. 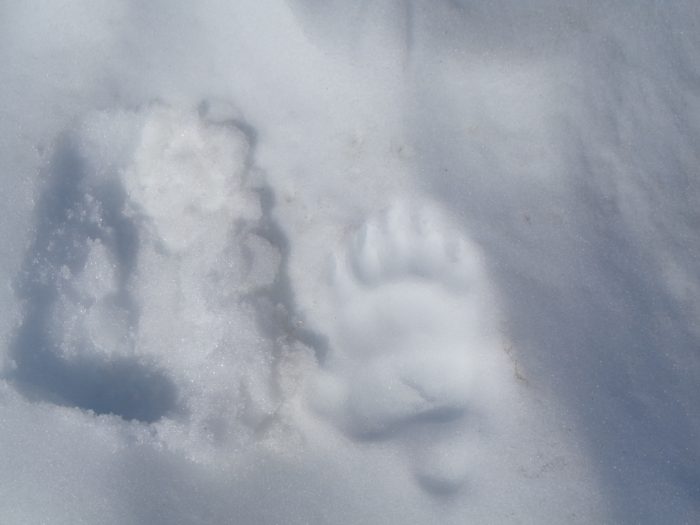 The only prints I saw on my first six days were mine, and bears’. But for most of the trail, I had plenty of human company.

Smurf: I’d say I probably had a dozen days total when I hiked completely on my own. You always are around people, and for  three-quarters of the trail I hiked and camped with other SOBOs.

Kirby: I was rarely alone. If I was, it was by choice. 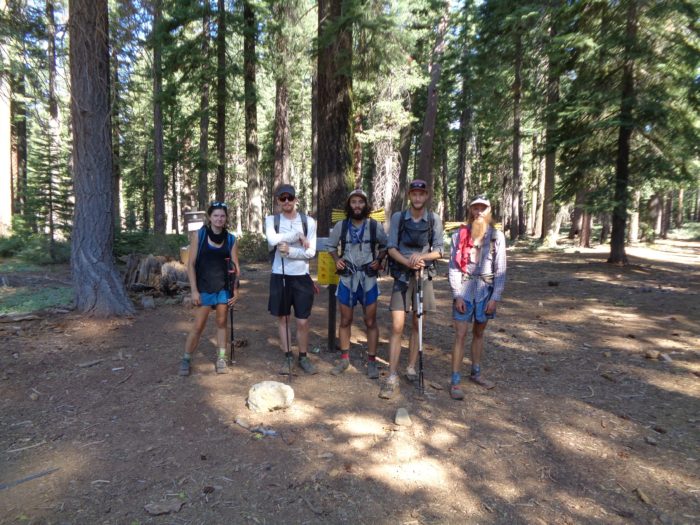 Per Bear: I walked with friends the first four days, then started hiking with people I met along the way. Most SOBOs start within a week of each other so it was easy to find people to walk with. After a while I found some great people who also happened to walk at approximately my pace and we stuck together to the end.

Cockblock Moses: No. The day I started I met Larry Bird, and we picked him up because he was hitchhiking. I ended up hiking the rest of the trail with him.

All Day Err Day: No, it was easy to find hiking partners.

Badger: I had a hiking partner, so not really.  There was a 300-mile stretch where we were about a day apart.  During this stretch, I hiked by myself a good deal, but was still in the company of other hikers for parts of the day and often at camp. Had I not hiked with a partner, there would’ve been a lot of opportunity to hike by myself, had I chosen to, but there were also a lot of hikers close ahead and behind.

In Part III, we’ll cover what was a unanimously recognized highlight of a SOBO hike. The weather! Spoiler alert: It’s almost perfect. 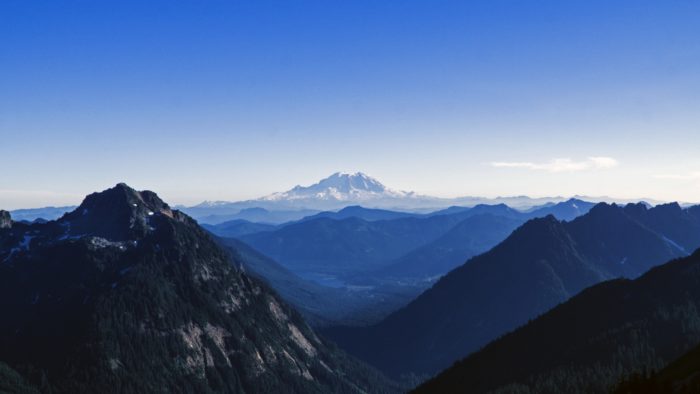