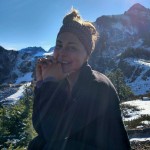 State Lines and Changing Landscapes on the Pacific Crest Trail

Before hiking the PCT, I would look at maps with confusion.

I wondered if there was a reason to where each state began or ended. Who chose to put lines in the land to divide up this huge nation? And how did they decide where the state lines were drawn? My hike on the PCT provided some insight and I finally understood the creation of the state lines.

Though we crossed only two state lines, I can say that each of those are accurately placed.

California to Oregon and Oregon to Washington, each border felt obvious and needed. It was insane how quickly the land, the air, and the plants changed. Standing on each side of the border, I could tell it was a different place, a different state. California is not Oregon, and Oregon is not Washington. At walking speed (3 mph), everything is slowed down to a pace where your mind can process each thing you see, feel, hear, and smell. After months of walking all day, it’s the small things I began to notice and those were the loudest differences between each state. 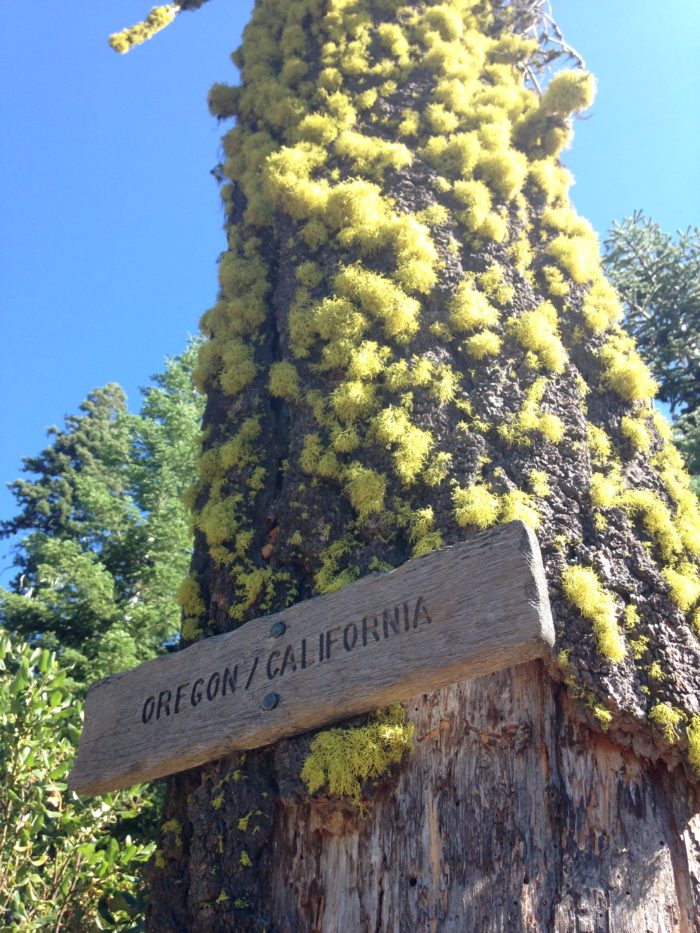 When reaching the California/Oregon border, it was a party. We were finally out of California, a state we’d been in for four months. The Oregon border was such a huge milestone for every hiker on the PCT. Once we got to the border, we took our packs off, sat down and looked north and south. Oregon, then California. California, then Oregon. It was surreal. We couldn’t believe we were finally there. It didn’t feel like it was really happening. But sure enough, once we started hiking again, within only a few minutes it was obvious we were in a different state.

No longer was there dry California heat, the air felt moist and ten degrees cooler almost instantly. The hills were rolling and gradual. We walked north with ease and excitement for this new territory. The trail contained a dirt that was more earthy and less sandy/desert like. The trees were shorter and welcomed us to the new section of the trail. There were tons of back roads where everyone would wave and seemed so friendly, a new sense of aloha was felt in Oregon.

Compared to California, Oregon and Washington are so short.

Oregon passed quickly and there I was at the Washington state border. It’s known as the Bridge of Gods – a wondrous place to walk upon when it’s been a dream for so many months. Divided by the Columbia River, the changes between the Oregon and Washington were drastic. 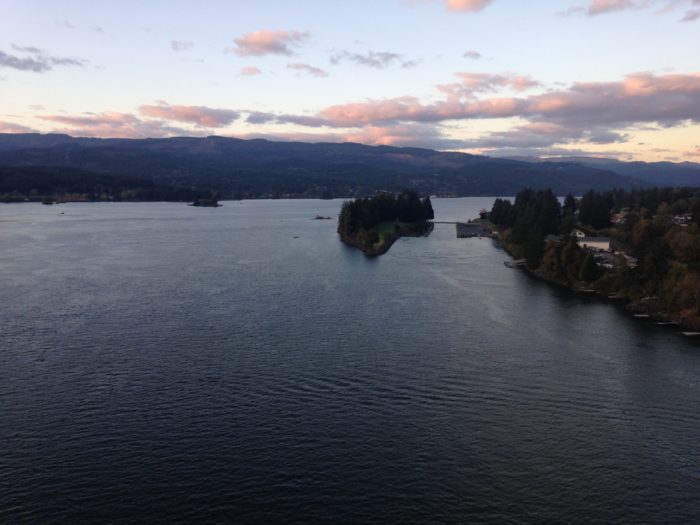 Washington was instantly so lush.

It felt like we were in a rainforest (it didn’t help that it was actually raining too). There were so many different kinds of trees. In Oregon, there were three types of trees: standing, fallen, or burnt. But Washington held so much diversity in the trees and plants. Unlike in Oregon where the forests seemed empty and bare, Washington forests were the opposite. One word, FERNS. Ferns on ferns on ferns. Oregon didn’t have ferns, but Washington… Holy shit! That’s all there was. Ferns and other types of ground cover which make the forests super dense, alive, and thriving.

Washington is a happy place for birds, and they let you know. They sing and sing and I’ve never experienced such a day to day difference in one particular animal. There weren’t song birds that I heard in Oregon or California. But the first day in Washington was filled with tunes and sweet lullabies of happy birds. It was wonderful. One more animal that appeared only in Washington, slugs! They love the wet landscape so Washington is perfect for them.

Like Dorthy would say in The Wizard of Oz – I don’t think we’re in Oregon anymore.

The first hill I climbed in Washington, I knew I wasn’t in Oregon. Oregon was easy and gentle, and Washington was the complete opposite. Climbs that I hadn’t seen since the Sierras appeared just in front of my feet. The elevation gain and loss in Oregon on a normal day was maybe +2,000/-2,000. Washington’s gain and loss was typically +6,000/-6,000. BIG difference. There were a few nine mile long hills/mountains to climb. Those were always fun.

Aloha! Jamie here. I'm from the Pacific Northwest but most recently lived in Hawaii. My move back home consisted of walking. On April 28, 2016, my thru-hike began at the Mexican border and the PCT led me back home. Life was as simple as seeing the sunrise to my right and watching it set to my left. Take me back to when eating a Snickers every meal was normal!