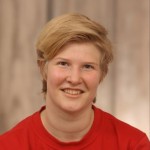 The First Week: An Introduction to Trail Magic

We’ve reached 100 miles! And they have been filled with many new experiences. We’ve seen sun, rain, and snow, we met a lot of new people, and my body had to adjust to life on trail. Something that I’ve read about, but never really realized that it would be there in such abundance is trail magic. The support from everyone is so overwhelming that I kind of feel like I have to make it to Canada now :’)

That Night in the Rain

The best example of game-changing trail magic was on the third night out. It was incredibly rainy, and we just arrived at the Cibbets Flat Campground to stay for the night. We were all cold in our tent when a British male voice asked whether we wanted to charge some stuff. When we replied we would like to charge our phones, he provided us with some power banks. A bit later, another voice outside, this time female, asked if we wanted some hot brownies. That was enough reason to get out of our tents. We saw a boy and a girl, that just baked some brownies in their old ambulance, which they converted to a home. The girl was section hiking, and because of the rain, her boyfriend had driven the ambulance to Cibbets so she could sleep in a dry bed. Lucky for her, but also for us as he baked those brownies 🙂 They also gave us the opportunity to let our shoes dry in their ambulance overnight, and having dry shoes in the morning is the best a hiker could wish for. The morning after, the British guy offered everyone hot chocolate and he had some towels which we could use to dry our tent. It turned out he had section hiked and thru-hiked the PCT, and every time it would rain he would go to either Cibbets or Boulder Oaks to support the wet hikers, as he knew it would really help them.

All the Little Things

However, the trail magic isn’t always that big. One time, when we were hiking on quite a hot day, we came across a retired shuttle train driver who was handing out pickles to all the PCT hikers. You feel the support, and it’s awesome that someone spends his free time like this. Going out and support others in a very simple way. Also the people that give PCT hikers rides into and out of town deserve a shout out. Although it doesn’t seem like much, it can save the hiker a 10+ mile walk, and really means something.

Another kind of trail magic is more anonymous. You don’t meet the people that provide it, but it can really help you. The water caches on the trail can help a hiker in need, and the bigger caches (the ones you can rely on) can save you a lot of effort as you don’t need to carry nearly as much water as without the cache.

Hi, my name is Lucia Kalkman, and am a 2022 NOBO PCT hiker. I am a 20 year old woman from the Netherlands, currently studying Electrical Engineering in Eindhoven. Where my normal life consists of a very full agenda, I look forward to having an empty agenda for 6 months, and to just think about walking, eating and sleeping. I like meeting new people and pushing my boundaries, and I am curious what the PCT will bring me.