I thought I had it made.

After two months crossing the desert Kennedy Meadows felt like a type of finish line more than a way point along the path.

Of course I had miles to go, but the trail had thrown its best and worst at me, and I had survived all of it. The echoing refrain rang in my ears throughout my time at the general store.

“You’re ready for this.”

So much of the adaptation of the trail is behind me now. I’m accustomed to sleeping in my tent, of running on the same schedule every day, in fact, I love those parts of the trail. My sleeping pad is comfortable, and I love the routine and rigor that frames my days like drum beats.

The miles get long sometimes to be certain, there have been challenging days, but I was accustomed to all of those hardships, and was even finding joy in some of them.

Truly, as I left Kennedy Meadows I thought I had it made. Certainly there would be challenges ahead, but that was just life on the trail.

That optimism continued, up and over Forrester Pass. Admittedly, it was a grueling five mile climb, but I got through it. The summit felt like the top of the world, and it only buoyed my confidence. 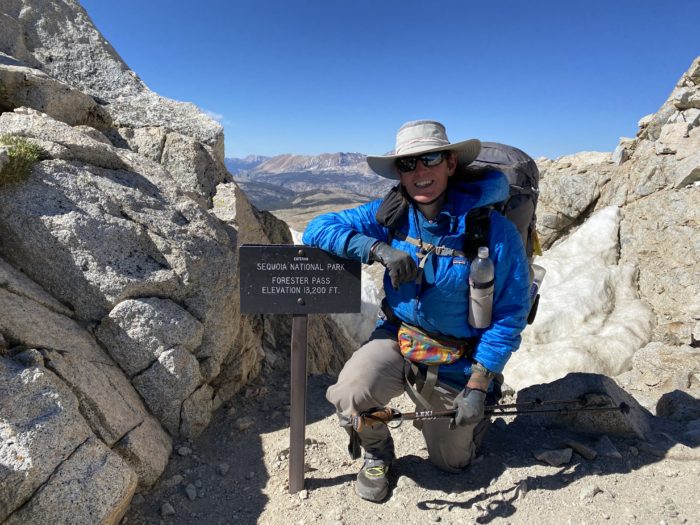 As the highest point of course that meant that all the future passes would be easier. My basic training in the desert was done, and I had conquered the monster peak of the PCT.

The future looked bright as I pushed further north and the trail flattened out.

Ah arrogance, masked as confidence, an old friend and one I could do without. I had no idea as I climbed over Kersarge Pass, then down to Independence to resupply that the challenge was about to be brutally redefined. 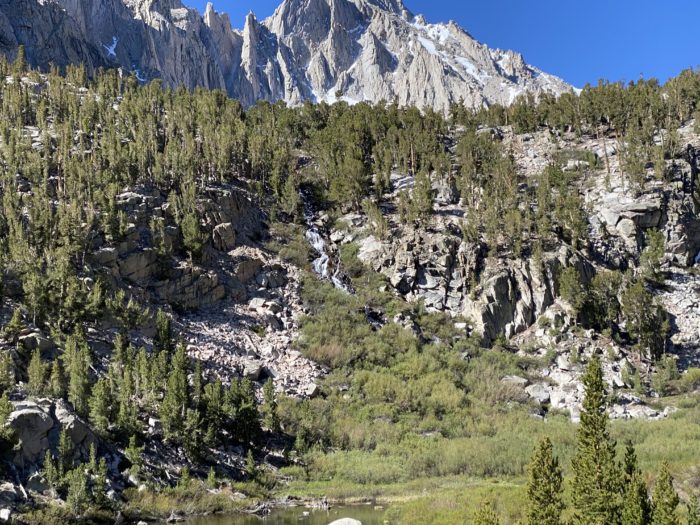 Summiting back, fully loaded was a beast, but the day wasn’t done with me yet. There was no rest, no easy decline or long flat plain getting back to the trail. There was only the next pass and it loomed large, Glen was waiting for me, grinning like a vaudeville villain.

Yet I had just come off a zero, had a full day to rest and recover.

Exhausted, I made it over but was unable to push much further. With the failure of my mileage goal for the day came cracks in my confidence.

It was supposed to be easier after Forrester, the snows were non-existent, what was going on?

It’s the expectation, the assumptions that will tank your hike, I’ve learned, but at that moment the lesson was just beginning.

Cue the next pass, the next day, my hike began to feel more like a yo-yo, down and up again.

Each day felt more punishing as my muscles burned, and my energy slackened no matter how much I ate.

I had climbed in the desert, hauled eight liters of water up steep grades, but this, this was something new entirely.

Then came Muir Pass. On the elevation graph it seemed a long yet gentle climb, people talked about the beauty, how it was one of their favorites. My day started with delays that are common in thru-hikes, late starts, my first permit checking ranger, but as I began to climb I was preparing myself for a fun day of gentle challenge amidst breathtaking scenery.

Instead it almost broke me, endless hours of uphill followed with only brief flat respites that gave way to brutal gains. It bordered on insanity in my mind, and all the while my energy reserves dropped, my muscles burned hotter, and there was still no reprieve…

Up… and up… and then up some more. It felt endless and futile. The trail took on a character of vicious malice, grinding down my spirit and resolve and I found myself ignoring the experience as I plunged to my lowest moments thus far on my trek. 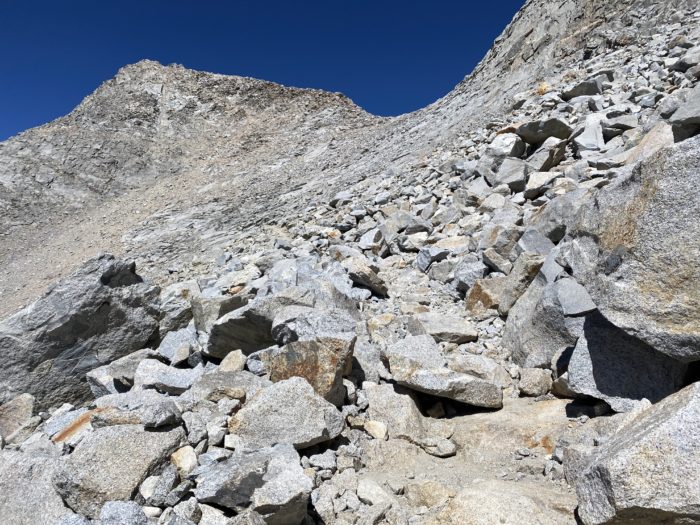 By the time I was nearing the summit, I admit, I was looking for an easier exit. It was there I began to run into my first snow hazards on the trail since San Jacinto. There were times where I had to use my trekking poles, burying them horizontally in the snow to pull myself up because I could find no traction otherwise as the melting snow collapsed under my trail runners.

The scenery was breathtaking, but so was the climb, and between the bucolic joys of nature and the absolute misery I felt there, I was bookended with a growing sense of hopelessness.

What had I gotten myself into? Why was I hurting myself like this? Lonely, dirty, cold, and it would not stop.

Then, finally, I saw the top. Next came the view of the unmistakable stone shelter with the Alpine highlands stretched out before me. 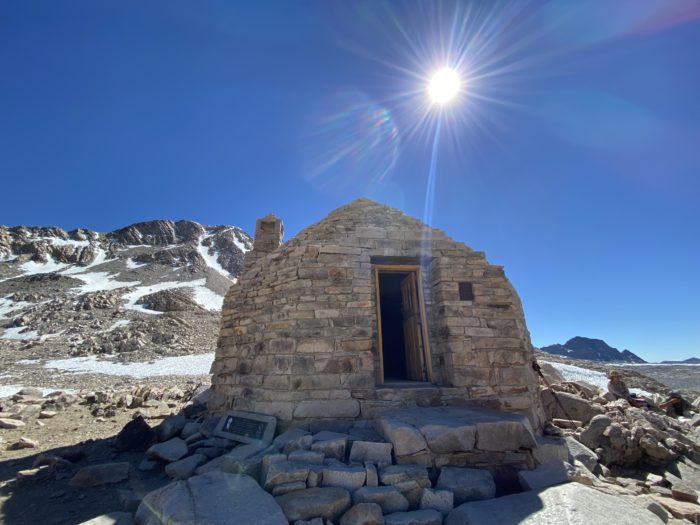 “I’m normally in camp by 1600” I mentioned, panting, trying to catch my breath.

“Not today,” a fellow hiker said without emotion, devoid of sympathy.

To be fair it wasn’t his fault, but his words rang in my ears, and almost felt as if the trail was talking to me directly.

My schedule, my love of routine out here didn’t matter, my exhaustion didn’t matter. The trail is what it is, without apologies, regret or emotion. Each day, wherever I am will be what it’s always been and I can either accept that, or let it break me and send me home, a victim of my own assumptions and illusions.

Never quit on a low moment.

After a night of sleep and a protein cookie, I stared down at Guthooks planning my day, I saw there were more passes ahead but one fact remained.

I had survived my toughest day, surmounted a challenge that, at the time, felt insurmountable. Though I arrived in camp exhausted, demoralized, and in many ways, soul crushed, all it took was a night’s rest and a good meal to put it all back into perspective.

The challenge had been redefined. It was no longer the heat, or the lack of water, or even the altitude, it was instead finding the drive to push onward towards the goal, and meet the challenge no matter how I felt in the moment.

I could look down at my short term trials, or look ahead towards the goal I had been pushing for over the last two months. 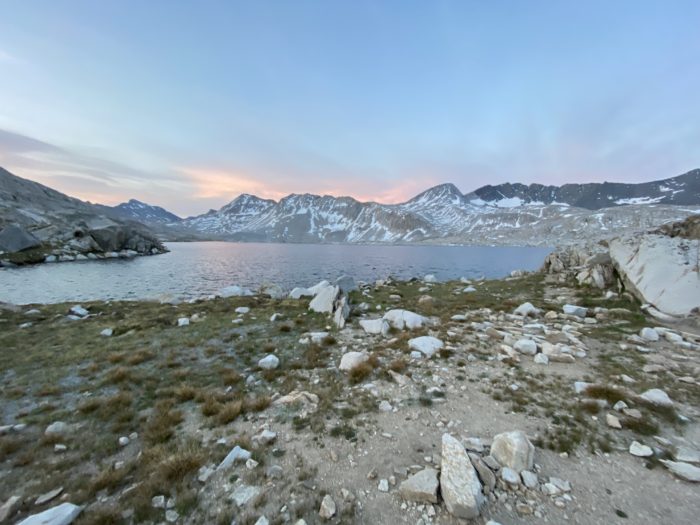 Hope broke like the sunrise over a frozen night. I had done it, I had survived again, overcome again, even when my own voice was among the loudest in the doubting choir within.

Those mountain passes, I know, will not be my last challenge, but no matter what lay ahead, even if I am not ultimately successful, I will not fail to meet whatever comes. 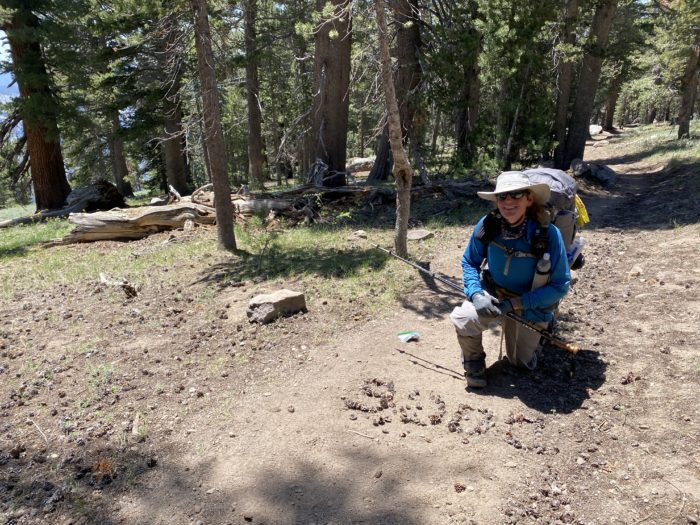 Onward, towards the farthest star!