The fires have begun, I’ve faced my demons and come to a peace with the challenge of the trail only for new challenges to present themselves.

When I arrived in Tuolumne a month ago I had no idea I wouldn’t have made it further than Truckee by that month’s end.

Yet here I am in the Redlight hostel. An unscheduled stop in Markleeville heralded the beginning of my next big challenge on the trail.The PCT is burning in multiple locations. I was just ahead of the Tamarack fire, only to smack right into Dixie. 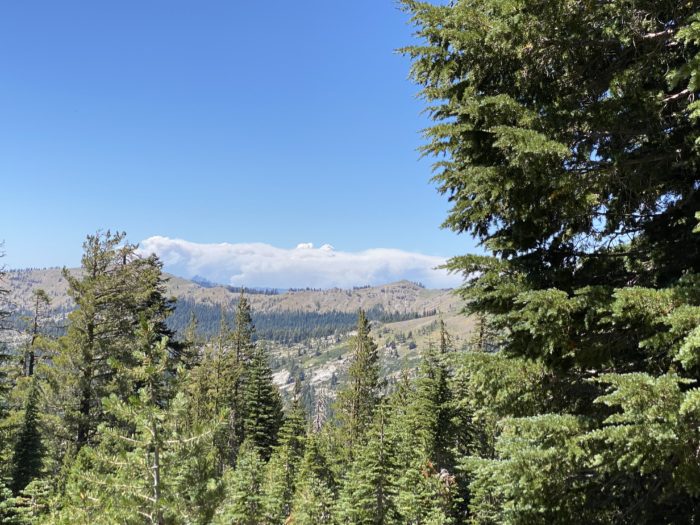 First sighting of the Dixie Fire

With a great sense of urgency, I forwarded my packages on to Chester and hit the trail for Sierra City. Thirteen miles in after a late start and calling for hotels I was told to turn back. Chester had come under a soft evacuation order, and so the next day I returned again to Truckee.

This section has become my black hole. For the last month it’s felt as if I’ve been stuck on an event horizon as Central California clung to me like an anchor.

It was time to scramble, and I wasn’t alone. Every thru-hiker I met was trying to work out a path and a jump point around the blaze. As of this writing the PCTA has no good suggestions, but is recommending that it may be a good idea to skip as far ahead as Castella.

Instead, I’ve rerouted my resupply to Old Station and intend to set out from there. There’s nothing I can do about the ~150 miles I’ll lose off the trail but if there’s any bright side to this dark cloud it’s that I’m making up for some lost time.

If the air quality is as bad as they say when I arrive, I’ll skip another hundred miles north and set out from recommended point. 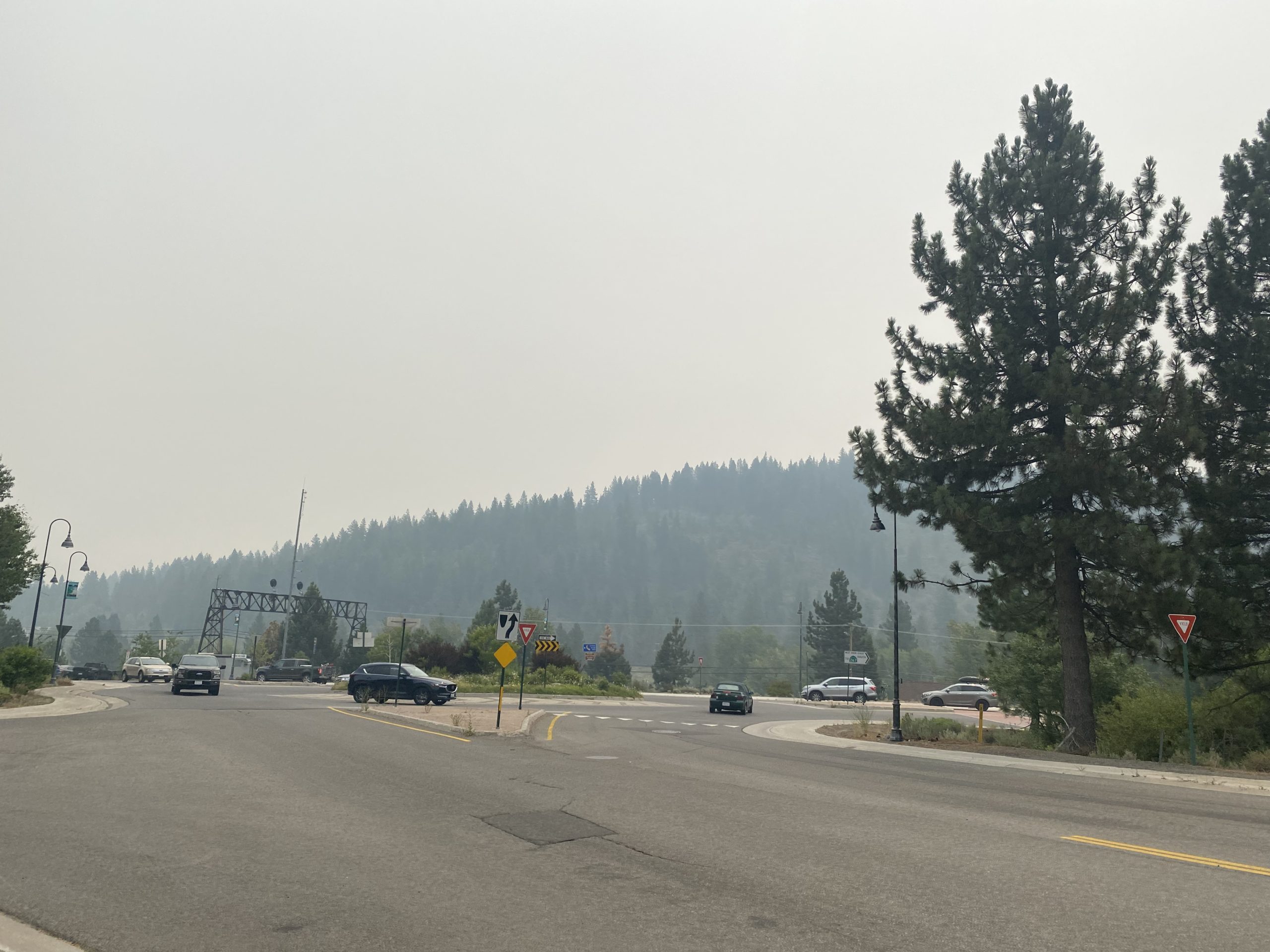 So why chance it? Why not just collect my package and go?

Because I am here to hike the trail, not as a purist, but with a sense of honesty, and effort to take on the journey with all of its ups and downs. I feel I owe that to all of you that give me your time each week on the Trek, to the people that have donated, and also, to myself.

After the challenge of the desert, and the Sierras I’m coming to understand what this adventure means to me, what this hike means to me. Every morning my husband’s words ring in my ears…

This isn’t a vacation for you, it’s a mission, it’s your purpose.

I have not made it this far by taking the easy road and skirting challenges, or skipping sections except when forced to due to closures. I have faced every bit of this trail on good days and bad, faced every challenge even though, at times, those challenges have steamrolled me.

Some may call it stubbornness, but I would call it, again, purpose. This is life at its most real. It’s not always perfect, or pretty, the days aren’t always good. My days are not filled with easy ascents followed by nights of songs around a campfire full of smiling faces.

Because of my delays most of the time I’m alone now. There are times where it is still ridiculously hard, but a recent epiphany has given me a new insight that has changed my hike. 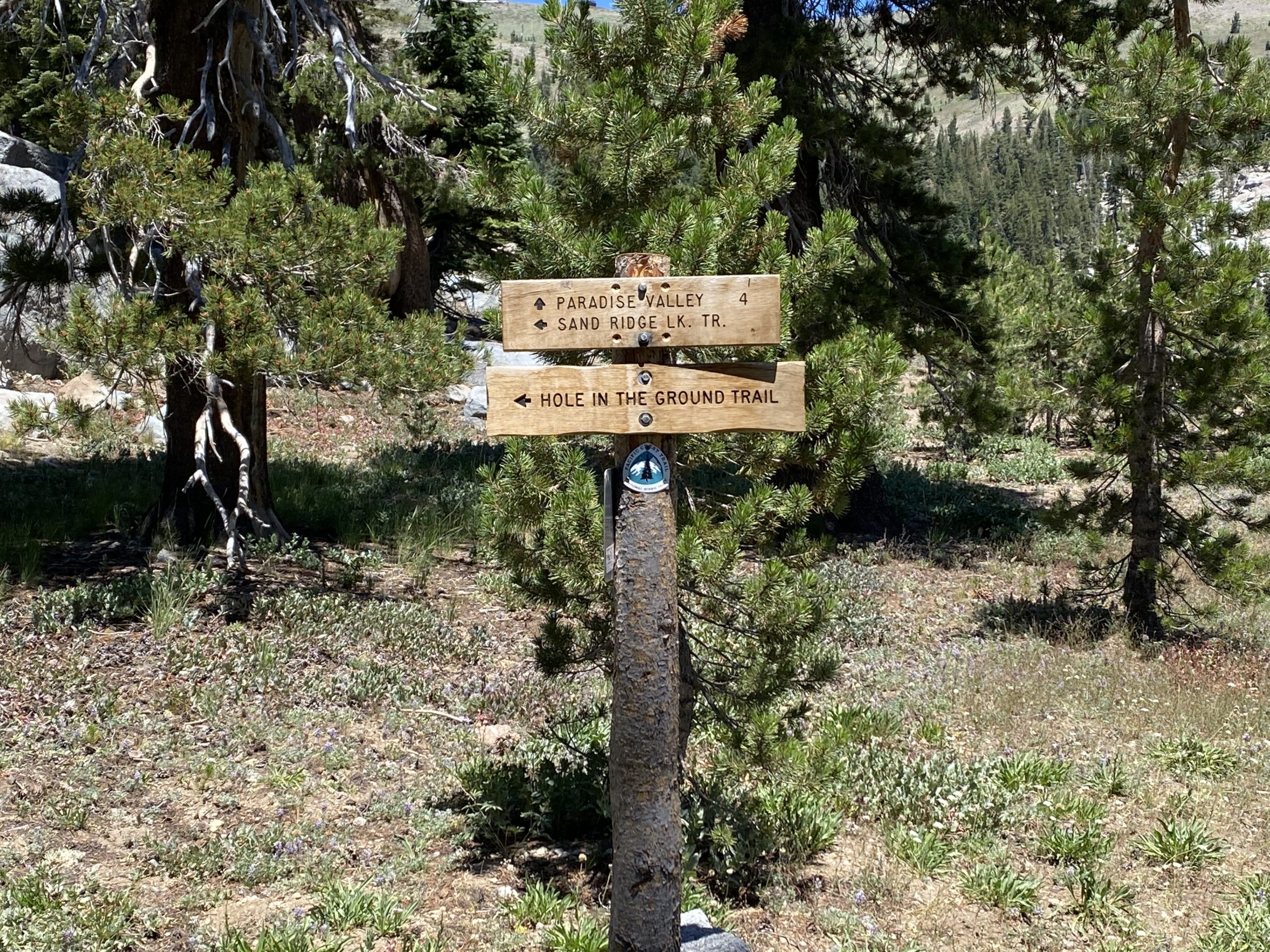 I’ve felt like I’ve been in a hole in the ground all month….

Just outside of Tahoe another long climb presented itself and my mind immediately went to what it does best, making me feel like garbage.

Another ascent, another uphill. Inwardly I was disgusted, and that negativity began to drag me down, and slow my pace.

Then it dawned on me that I was the cause of my own misery. I knew the challenge, had seen it coming, and had faced tougher before, but still every time I began to go up I let the fact that I was going up poison my joy, and tank my hike. 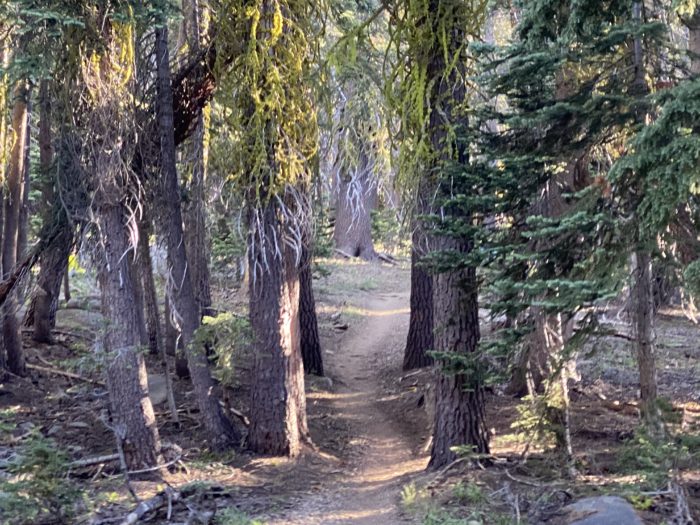 The PCT goes downhill some of the time, unfortunately it goes uphill all of the time…

It was a choice, a habit of becoming miserable, and towards what end?  There was no purpose to my dread, or the idea that this was drudgery. This was the path I had chosen, and it would pass, just like every other moment had passed.

A weight lifted as I let go, turned up my music, and accepted the climb.

There was no struggle beyond the physical, and no misery beyond sore feet after clambering over rocks; the mental challenge was done. What I could accept, I could endure, and the trail has shown me I can accept a lot more than I thought.

For all the challenge of the trail it was my own mind that was making it hell on those climbs along with my own anticipation of factors I already knew.

Looking back it feels silly now but that’s only because the lesson has been learned.

I know now that I don’t just need to press on, but that I can, that I’m stronger than I know, more capable than I imagined. That’s not going to save me from doing the work, but it will keep the work from becoming a misery.

And so, I look onward, past the Dixie Fire, past whatever delays might come or the snow that might fall on me at the end of my journey.

The trail will be what it is, and I will be ready to meet those challenges come what may. I will not always be successful in the short term but through resolve and will I will walk my path and see the terminus, because I make the choice to look beyond the now, all the while dwelling in each moment without judgement.

What I can accept, I can and will endure. The northern terminus grows closer by the day!