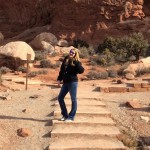 The Rumors are True

Before I ever stepped foot on the Pacific Crest Trail, I’d heard over and over that coming off the trail would be one of the hardest parts of the journey as a whole. Initially it’s great; you get showers whenever you want one, hot meals that don’t come out of a Jetboil, you to see friends and family, catch up with loved ones and douse in kisses the pet you haven’t seen in MONTHS. But after a few days, it all wears off. Don’t get me wrong, sleeping in a bed is great, showers are AWESOME and not having to worry about water or filtering water to drink is INCREDIBLE… Before too long, though, you start feeling like something is missing, like something is off but you can’t put your finger on it.

I flew home 11 days ago and I was elated to see my Rockies come into view through the window of the plane and ecstatic to see one of my closest friends when she picked me up at the airport. I was so happy to be able to take a shower, to be able to drive my car, to be able to spend all day with my dog, hiking and going to the park and SLEEPING. Oh my gosh, I’ve never slept so much in my entire life. I was happy to be able to not have a 40 pound pack strapped to my torso all day, to be able to walk around barefoot and not worry about bugs biting me or stepping on poky things. That happiness wore off fairly quickly though. Don’t get me wrong, it’s great to be home, surrounded by family and to be able to bum it or hike a mountain IF I feel like it, but it’s no PCT.

As I was on the planes, trains, and busses headed home, I came across several articles written by fellow ATrials bloggers voicing their desires to get off the trail for various reasons, putting into words feelings that I’d been mulling over for days. It helped knowing I wasn’t the only one wanting to quit the trail after a few hard days, after running into groups of people I didn’t mesh with, after suffering through the worst parts of the trial, but at the same time, it left me even more confused than before. Yes, it helped knowing I wasn’t the only person feeling these things, but it didn’t make me feel BETTER. I left home wanting to hike from Mexico to Canada and now I was headed home after a measly 700 miles, without even setting foot on the section of the trail I left looking forward to most. Was this what I really wanted, to go home? Was this a cop out? Was this what was supposed to happen all along? I’d made amazing friends, created bonds with people I’d only ever known via social media, and laughed on the days when I wanted nothing more than to cry for hours. I’ve changed as a person, now having to take total care of myself without any immediate support because ultimately we’re all out there alone even if/when you’re hiking with a group.

As soon as I booked my flight home, I knew my journey on the trail wasn’t done. I still hoped to get to Canada, I just hadn’t figured out what that meant for MY journey. Initially I’d talked about flip flopping around which a lot of people are still doing but after taking 3 weeks off, the idea of being able to hike the Sierras with snow to glissade down but not so much to be truly DANGEROUS, I no longer wanted to flip flop. I know in the future I will go back and hike the JMT in the summer months to see the wildflowers, but this year I wanted to experience the snow in the Sierra; I wanted to summit Whitney in the cold, I wanted to experience the things that so many of my friends were flying past while posting pictures of as they quickly moved further and further North… Further and further away.

So I chopped 6 inches of my hair off, purchased a few new pieces of gear (better pieces of gear), did a few local hikes to ATTEMPT to keep my legs in shape, & went through all of the cold weather gear that I was going to have sent to myself at KM anyways in order to hype myself back up. After doing those little things, it’s amazing how much better I feel. I know my trail family is going to be HUNDREDS of miles ahead of me which makes me sad but the trail community is just that, a wonderful community that I know will have many more people I will love to hike with, I just have to get back out there and meet them!

Once all of that was taken care of, it was a matter of HOW I was getting to KM that lingered. I know up and down the Sierras are multiple forms of public transit to get people around, but nothing that would get me back to Kennedy Meadows. I debated starting a little farther North in a trail town that might have people willing to drive me back but I wanted to start back where I left and I wanted to summit Mt Whitney and starting any farther North would cause me to miss hiking the peak that was another HUGE reason I wanted to hike the PCT to begin with. Enter OB, my favorite hiking partner in the entire world (apart from the pup, of course). He had to get off the trail a few hundred miles back due to an injury and had initially planned to get back on the trail at KM and my timing of getting off the trail just happened to align perfectly with his timing of getting back ON the trail. He offered to drive me back to KM and we could start together which, naturally, made me so extremely happy. Was this the universe telling me that everything was going to be okay, that everything was going to work out?! Well, not entirely…

It turns out the initial 4-6 week healing time he’d been given was simply to get him out of his boot and into normal shoes, not necessarily for him to be back hiking. I no longer had anyone to start with which made me nervous & it also meant I no longer had a ride to the trail head… Back to square one then. Or was it? A few hours later I got another text message from him, bless his sweet heart, offering to still let me stay with him and his wife in Las Vegas for as long as I’d like and that they (I finally get to meet 3D Mona!!!) would be more than happy to drive me back to KM and see me off.

Have I mentioned lately how much I love the incredible people I’ve met on the trail?!

So I had a ride back to KM which means I needed to book a flight! I got a 1 way into Vegas where I will be spending the day Thursday with OB and Mona and they will then be taking me back to the trail on Friday at some point. I’m excited to be getting back to the trial but nervous at the same time. I will essentially be starting back at day 1; my legs have gotten out of shape, my trail family is significantly farther ahead of me than I hoped they would be and I won’t be starting with anyone. But that’s all part of the adventure, right? Here’s hoping! I’d wanted to hike the Sierra alone and I’m getting exactly that, I just hope I don’t spend too many nights alone in camp. I like the company of people at the end of the day, even if we didn’t/don’t hike together. (Especially in bear country.)

So what’s my plan as of now? Buy more food, sleep on the plane, enjoy Vegas, get back on the trail! I’m hoping to be able to pack my bear can with enough food to get me from Kennedy Meadows (MM 702) all the way to Mammoth (MM 906). This is a huge stretch, 200 miles which is essentially 10 days; there are towns between these two locations that I can always bail out to for a resupply if it’s necessary but if I can play my cards right, I can be into Mammoth on July 4th (10 days after getting back on the trail) and can enjoy celebrating ‘Murica and can take a zero there (and if I’m lucky, I might even be able to catch up to a few familiar faces). But if that doesn’t happen, that’s okay. It’s a rough plan and I just have to know that if it doesn’t work out, everything will be okay. That’s what I’m shooting for as of right now, but it’s easy to make plans from the comfort of my home, sitting on the couch with a bottle of water in hand, with the pup laying next to me.

It’s all one grand adventure and I’m simply along for the ride! Cheers, friends. Here’s hoping these 3 weeks off have been enough for the knee to be hiking-ready and for the mind to be prepared for what I’m about to put it through.

Carrot Quinn wrote a book entitled THRU HIKING WILL BREAK YOUR HEART. I have yet to read it but the title alone hits the nail straight on the head. Thru hiking will break your heart while making it feel as pure & whole as humanly possible. It will make you feel stronger feelings than you have ever thought possible, both positive and negative, and it has the power to shatter you to a million pieces if you let it; it also has the power to put all of those pieces together in a way that’s stronger & sturdier than when you started. The trail will absolutely ruin your life, that I can promise you. Once you’ve thru hiked, you will never be the same person again; it’s up to you if that’s a good thing or a bad thing.

Well, hi there! I'm Lydia, an aspiring thru hiker testing her luck on the PCT beginning April 19, 2016. I like to think of myself as an outdoor enthusiast with a decent sized vocabulary, but I'm sure I'll prove both of those things at least slightly untrue at some point along this journey. My hobbies include making myself look like an idiot, laughing way too often, correcting the grammar of NY Times Bestselling novels, and eating way too much food in a single sitting. I've been itching to trade in my sparkly work flats for muddy hiking boots for over a year now & I cannot wait to get out there! Feel free to check out some of my other shenanigans over at www.outsideandaliive.com