Leaving Idyllwild I knew that he was critical.

Returning back to the trail after three days of zeros to regear, reassess and write, the trail stretched out before me, as I faced my most challenging day of hiking yet. 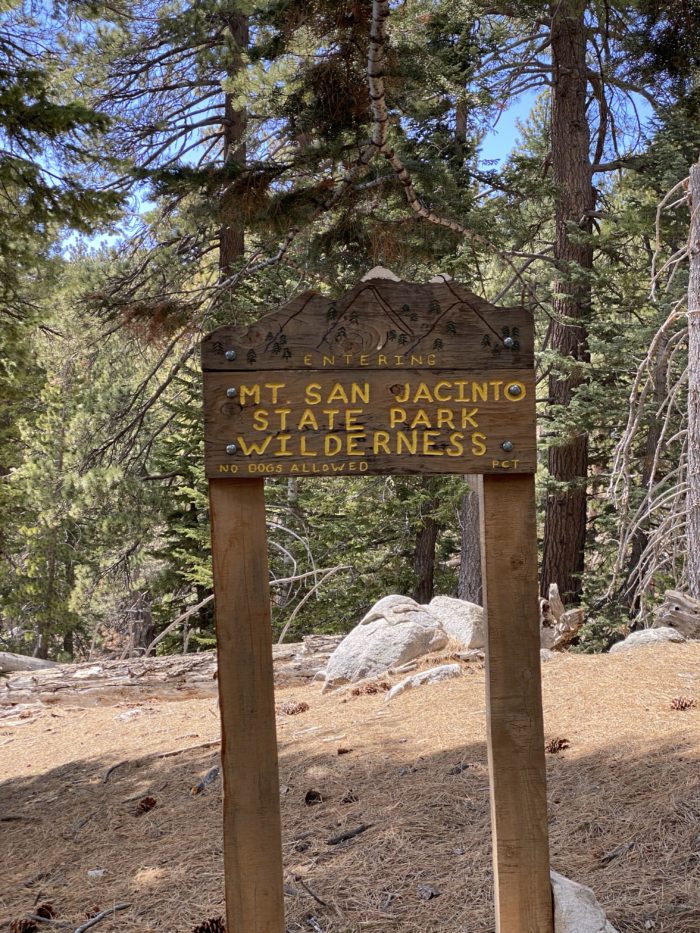 Mt. San Jacinto was the first place where I had ever used microspikes, but even then it did not keep me from postholing up to the waist at times in the late spring snows that still clung to the mountain.

It was then I made my first big mistake.

There was a campground three miles ahead, and I decided to push for it even though it was late. What I thought would take an hour, would take three, as, on the other side of the peak, the snow was even more dense and packed on. Crawling along at one mph, if that, I watched the sun set in the forest as a chill of fear ran through me.

I was then navigating on snow in the dark with only the aid of my headlamp, slipping and sliding all along the way, spikes or no.

Arriving exhausted and on the edge of terrified, I got to bed late only to get up early. Still tired, I packed up and set out, and it looked to be a decent day. 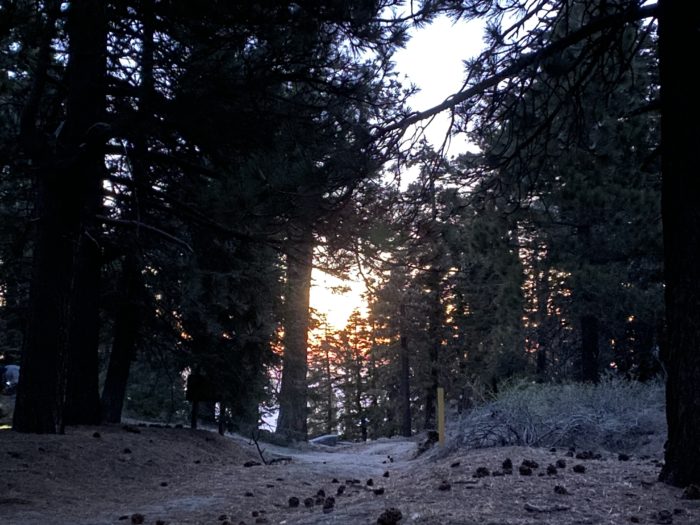 It was only 15 miles to my next camp and the next water. I had tanked up the day before and began to climb. It was then that my inReach went off.

Instantly, I knew. I knew he was gone. My Grandfather had died. Finding one bar of signal, I made the call only for my worst fears to be confirmed.

He was 90 years old, had lived a full life, and had gone peacefully. Regardless of that, the sudden grief hit me like a freight train, and I still had 14 miles to go before I could stop, before I could camp. 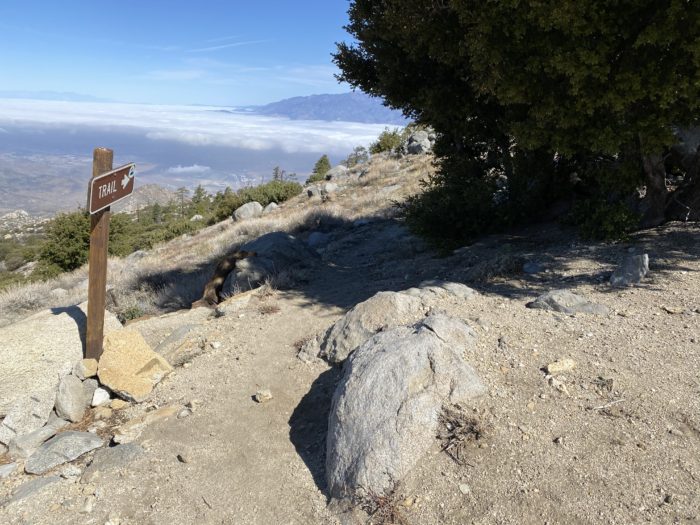 This was the trail at its most brutal, its math the most black and white. I did not have enough water to stop, but all I wanted was to pack up and head home.

It was then that I took another blow.

“One of the last things he said was to tell you to keep going,” Mom said, but in that moment all I wanted to do was stop.

The next 12 hours were grueling as I dragged myself along, reflecting on memories, and hating the trail, every step, every moment, every bit of distance away from my family, but there was no choice, there was no option to stop.

I needed to get to water. I needed to make camp. What had begun as a simple day of downhill switchbacked miles had become a stretched-out torture. 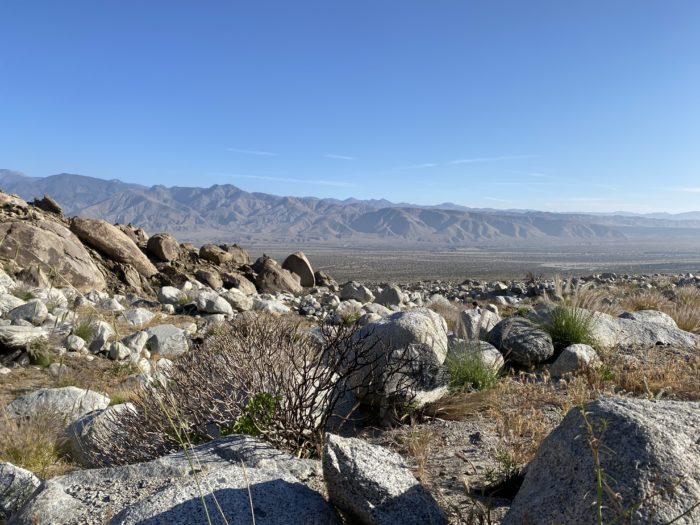 In spite of my recent time off, my husband immediately booked a zero for me at the Palm Desert and hopped a plane as I began to seriously consider leaving the trail.

I wanted to go to the funeral, say something on his behalf, honor the man that had spent the whole of my life supporting me, but all the while, some of his last words rang in my ears.

“He wanted you to finish it.”

A day was not enough, but still, after one zero, I was back at Snow Valley again pushing north towards Big Bear. That day was almost as grueling as the first, but out there in nature, I began to find some kind of peace, interspersed by periods of deep grief. 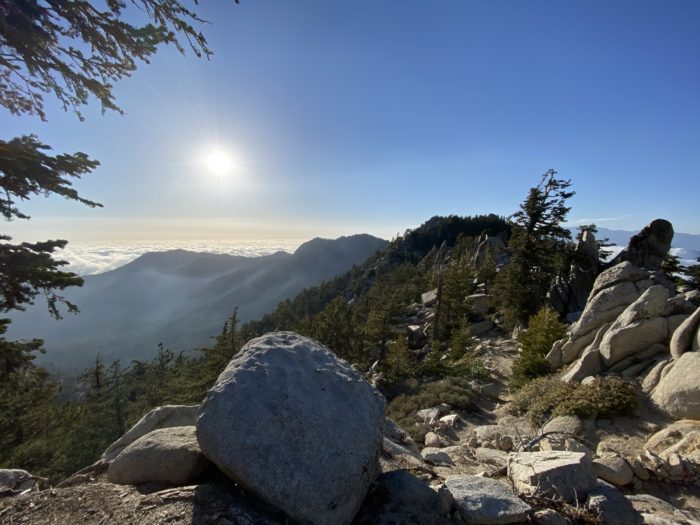 This is the trail at the most real.  It doesn’t matter how you feel in the morning, it doesn’t matter what kind of day you have. To paraphrase a fictional green alien, out here it is do or do not.

Your choices are often reduced to a binary state; life becomes a math equation, and to get it wrong can see you in danger of serious peril.

The trail is not malevolent, so much as indifferent, isolated as we are out there the only choice is forward or back, your only islands of decision are the highways you cross and the towns you visit. 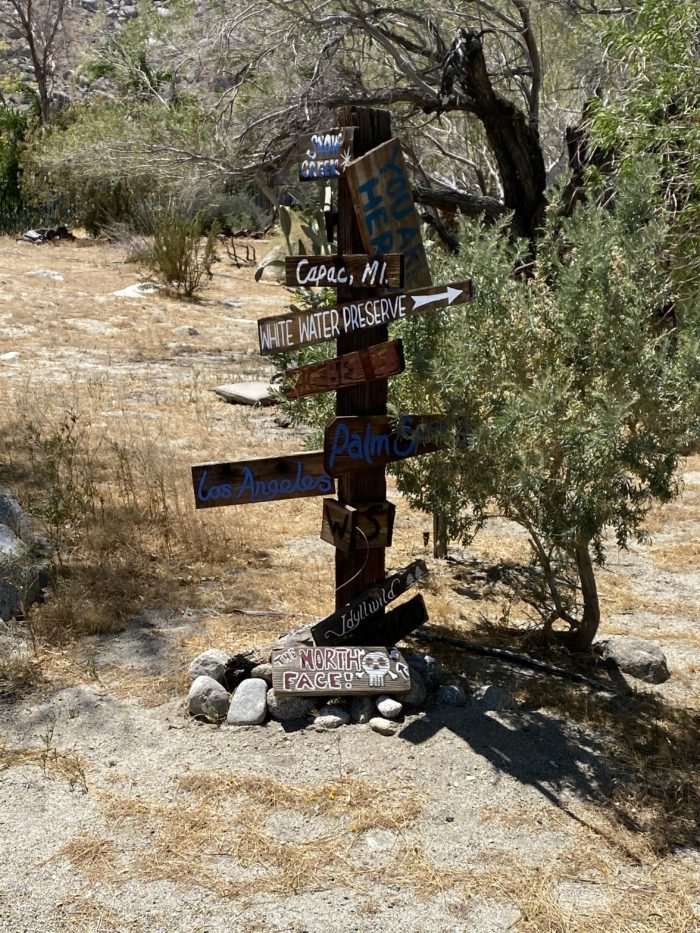 This was my struggle. What I wanted, that entire week, was to go home, be a part of the funeral, and grieve with my family. Instead, I was stuck alone in a tent in the middle of nowhere.

Yet my grandfather wanted me to continue. My family echoed in chorus that they thought I should continue. After all, I could catch the funeral by live stream.

The glories and advantages of modern living.

Therein lies the microcosm of the whole trail. It is said to “never quit on a low day” yet that entire week I felt low. My mood pulsed like a sine wave. At one moment I’d feel normal, only to suddenly break down and cry the next.

Still, the miles ticked down, and I arrived in Big Bear, wrote something for the funeral, and streamed it on my cell phone.

It made it even more real. He was gone, and now it was time to decide. Was I going to honor his wishes, or give in to what I felt? It was then that I realized that his passing had become a fulcrum for my decision to hike the entire trail. 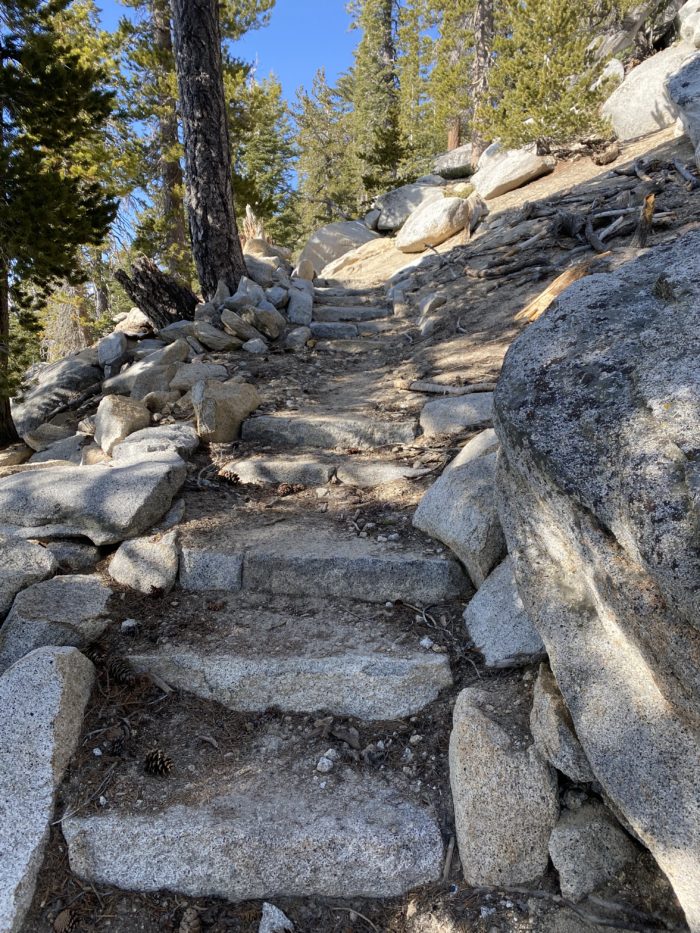 Was I going to give in to how I felt for the moment, or was I going to honor the dream, and sacrifice to make it? For all my training, all my work, all my effort, this was the critical point more than any time before.

It was time to decide to truly sacrifice what I wanted in the short term and to reach for the farthest star.  For my grandfather, for his memory, and for the dream, I’m going for Canada.