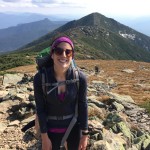 The Then, the When, and the Now

For the past 7 months, I’ve been living in two worlds: in one, it’s July 2018, and I’m on the trail.  The names of alliterative resupply towns float in and out of my thoughts (how do you pronounce Stehekin and Skykomish, anyway?) and it seems that I’ve always got gear on the mind.  I’ve kept up with countless blogs of 2017 PCT journeys, and during quiet times at work, I daydream about the trail.

In the other world, it’s March 2017, and my world is crashing down.

I’ve always been a person who is focused on the now.  I try to keep my phone in my pocket rather than on the table or in my hand because I dislike the barrier they’ve become to my generation’s experience of the present.  I’m rarely the group photographer because I hate how fussiness over getting the perfect shot can distract from taking in the moment.  And as tough as things have gotten at various points in my seemingly endless medical training, I’ve been able to find meaning in my work, not only focusing on the end goal, but also relishing in the journey.

That present-oriented person disappeared in March of 2017, when I discovered that my best friend and significant other, V*, had died suddenly in an accident.

I won’t rehash the details here, other than to say that—as many of you know—losing someone so close to you is as terrible as you might as imagine, but also doubly bizarre and surprising.  The stages of grief are real, and no amount of a priori knowledge of Kubler Ross theory can prepare you for the cool, dream-like detachment of denial, the mouse wheel what-ifs of bargaining, or the guilt that comes with intermittent acceptance.  It took me until April — after most of the early logistics had been dealt with and the funeral was over — to begin to truly process what had happened, and even now, seven months later, there are times when I struggle to wrap my mind around it.

It was out of this horrible crucible that the idea of thru hiking the PCT was born.

Of course, it had been on my radar for some time.  In high school, I’d been fortunate to do an outwardbound-esque month of wilderness adventuring that included a two-week long backpack from the Pasaytan wilderness into Manning Park and past the Northern terminus.  (Somewhat anti-climactically, while I remember thinking it was vaguely cool that we overlapped with a trail running from Mexico to Canada, I have no recollection of the monument itself.) At the time I was a skinny 11th grader completely overburdened by a giant pack that weighed north of 50 lbs (about half my body weight), so while I loved the mountaineering and kayaking sections of the trip, by its end I felt ambivalent about backpacking.  (This may have been further feuled by the fact that our 2 week trip was without a resupply, which that meant by day 12 we had run out the majority of our food and were subsisting on cold tortillas and condiments.)

But—though I didn’t immediately jump into longer backpacking trips thereafter—I continued to cultivate my love of the outdoors in college, learning how to rock climb, leading my peers on local hikes, and generally rolling around the dirt and snow of the idyllic Berkshires where a 2 mile hike from the edge of campus would place me on the AT.

This love of the outdoors fell into quiescence after I graduated, when I traded the streams and hills of Berkshires for the hustle and bustle of New York City.  I loved New York—loved the energy, the pace, the knowledge that I was living at the pulsating center of the human universe—but to move there, I had to give up my car, which would inadvertently separate me from the backcountry.  For the first few years, the rollers and nooks of Central Park were enough to placate the outdoors-woman in me, but by my third year of medical school I was started getting stir crazy, wanting off of the island that was beginning to feel more and more like a black hole.

That changed when I met V.  For one, he had a car, and more importantly he shared my love of the outdoors and an even stronger frenetic energy that affected anyone he was near.  We met in the winter, and one of our first outings was a snowy winter hike in the Gunks.  Less than a year later, we’d find ourselves on top of Mount Washington in mid January, wielding ice axes that had been purchased at REI the day prior, and having enjoyed countless outdoor outings in the intervening time.   These trips only accelerated after we moved to Boston for residency, where our proximity to the White Mountains meant countless jaunts up 4,000 footers, cross and back-country skiing, rock climbing, and amateur mountaineering and ice climbing.  And oh yeah, we were medical residents, working 6 or 12-day stretches in a row and living from outing to outing, grinding through 30-hour shifts to make it to the promised land of a pseudo-weekend (a post-call day followed by a day off) when we could escape into the woods.

He was a sharp scientist and an extremely caring physician, but when we were outside I could tell he felt free and whole in a way that didn’t seem possible within the four walls of the hospital, his smile reaching ear to ear. And he was tired: tired from the many years of training, of the job with its draining hours and life-and-death situations. He dreamed of finishing residency and embarking on a year of adventures before settling down to pursue his research and clinical interests more seriously.  It pains me that he never got to do so, and my own goal of hiking the PCT was in many ways influenced by the painfully acquired knowledge that life is short and that dreams are better not left for a Later that may never arrive.

Since he died, life has both come to a screeching halt and in other ways has continued to careen forward.  I went back to work in mid April, and though those early months were in a fog, I know I now appear to be back to normal.  I laugh, I bond with patients and teach medical students, I walk and talk like a person who didn’t have to start a whole new V-less world in mid March.  But my heart and head aren’t in it.  I relive February, and January, and even parts of March—the after—because it still feels closer to him than fall of 2017.  In June, I found solitude and peace on a 10-day trek in Peru’s Cordillera Huayhuash range, a trip that V and I had discussed doing together.  It was there, in the crisp, cold, Andean air, surrounded by glaciers and the constant thought of V, that the idea of hiking the Pacific Crest Trail resurfaced.  Within a few weeks, I’d finalized the idea: I would defer my plan to apply to pulmonary/critical care fellowship by a year to trek the PCT.  Southbound, so as to accommodate my residency schedule, which wouldn’t wrap up until the end of June.

These days, I spend my precious out-of-hospital hours planning for the trail ahead.

I am no longer the person of the present I once championed.  This year has irrevocably changed me, as V himself did, and I can’t blame myself for not yet being mentally ready to let go of a person who was larger than life in almost every way.  I know that in many ways, I am using the idea of the PCT as an escape from a present I’m not fully ready to accept.  But I also know that when I embark on the trail, it will be an affirmation of the present: the long pause I have desperately needed since last spring, when the world kept spinning despite my soul’s protests.  It will be a day to day journey for both myself myself and for V, every step an offering to both a life cut short and a life lived.

*I’ve chosen to omit V’s full name here because of the privacy his family seeks.  For those of you who know me (and knew V), I ask that you not name him fully in the comments.  I appreciate your discretion and respect with regards to this.