The “WILD” Syndrome and the ‘Danger of a Single Story’

The following is a guest post courtesy of Bliss, a 2014 NOBO thru-hiker.  Read her other submission here. Have a story you want to share on Appalachian Trials? Send it through our “Submit a Story” form.

If you’ve ventured into the armchair genre of travel writing about long distance hiking you may have noticed a trend — the Author begins their story with humorous tales of incidents which demonstrate just how unprepared and ill-suited they are to the challenge of hiking for thousands of miles in the wilderness. 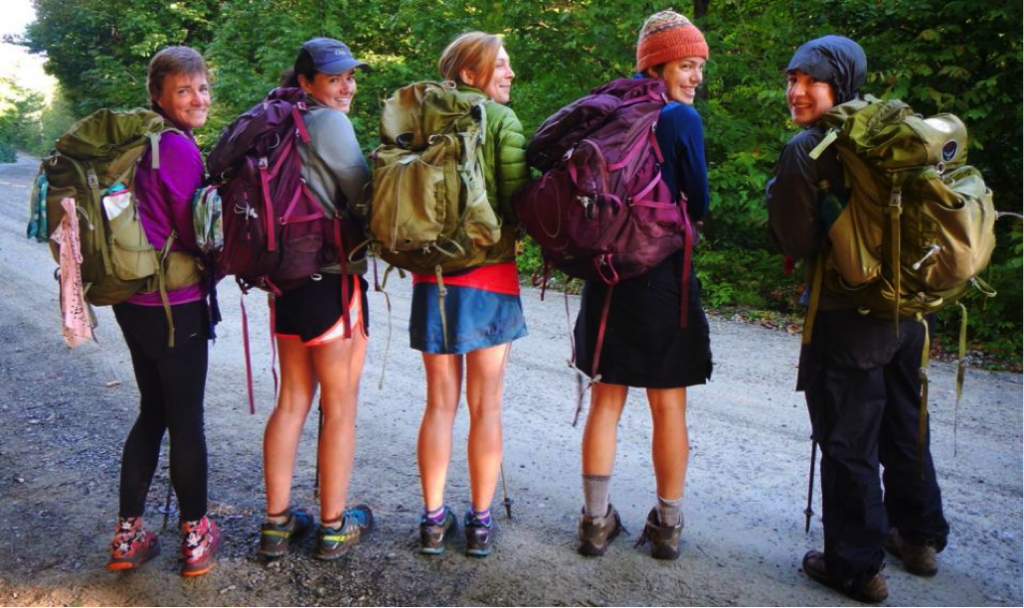 Recall the scene in WILD— where Cheryl Strayed attempts to strap on and carry her mammoth backpack, rolling on the floor in her cheap motel room to gain purchase under its weight– or Bill Bryson’s A WALK IN THE WOODS, where green- backpacking novices hurl ill-advised cast iron frying pans over the banks of ravines to lighten their load. Even Jenn Pharr Davis—former record holder of the fastest supported hike of the Appalachian Trail– recounts in BECOMING ODESSA (all good reads by the way) her clumsy efforts to adapt to hiking in the backcountry during her first 50 miles in Georgia.

If this is the narrative you’ve come to expect, I feel the need to warn you—-this is not my story. I sense it is important to insert that voice into the typical narrative of long distance hiking. Specifically a female voice—one that can say with confidence and from-the-get-go—“I’ve got this”. More-or-less. Sort-ah. When I prep to thru hike the Pacific Crest Trail this spring, I won’t be packing out a saw or a snake bite kit for Pete’s sake.

But you can bet, there will be many amongst my acquaintance, as well as perfect strangers, who’ve never gone for more than a three day sojourn in the woods, who will offer me unsolicited advice and criticism about what I should or should not prepare for on the trail. Most endurance hikers, of all genders and ages, have experienced some version of these kinds of interactions with family, friends and co-workers when they announce their plans to thru or section hike a trail. Add being a female into the mix, and another layer of prejudice settles onto your experience requiring your attention and energy to sift through—demanding you to EXPLAIN yourself in order to mitigate the projected fears of others. 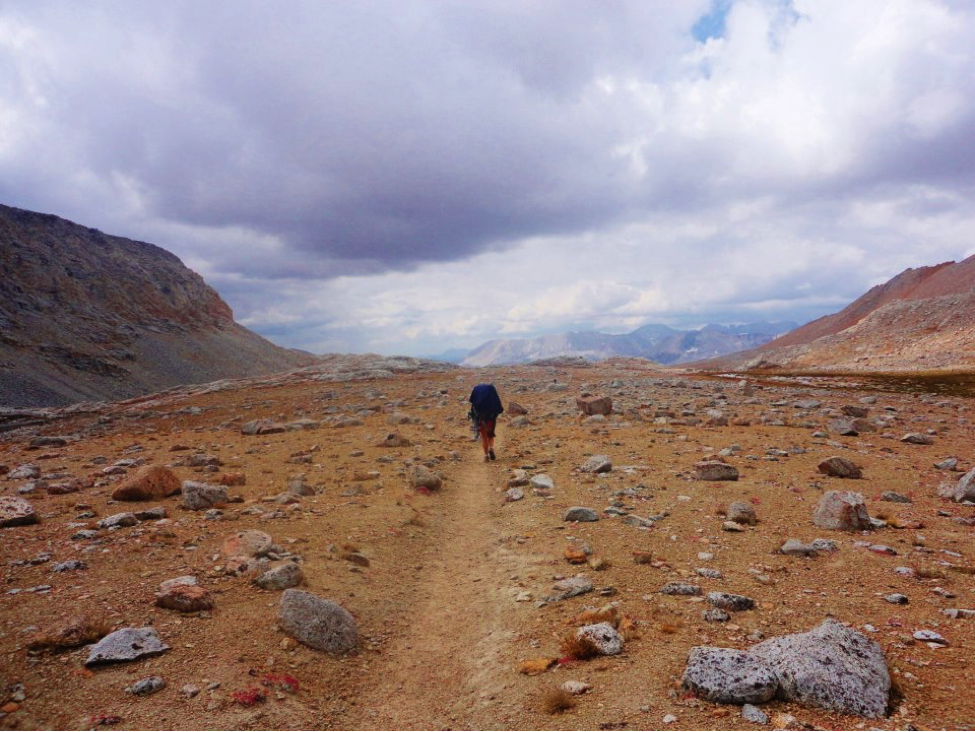 No matter how many miles I log in my hiking boots (3940 miles to give you a number), some people assume that I still haven’t figured out that it is dangerous for a woman to hike alone (see Rebecca Solnit’s wonderfully humorous-yet-serious book: ‘Men Explain Things To Me”). To them, my kindly meant response is, “I know there are risks—but fear (the kind that comes from the head—not the gut) is a dream killer”.

In 2013, The New York Times published an article, “The Call of the Wild on the Pacific Crest Trail“, which explored the impact of Cheryl Strayed’s best-selling memoir of her 1000 mile section hike on the PCT in ’94.

“Since ‘Wild’ has appeared, the trail has beckoned to many women who, like Ms. Strayed, needed a change in their lives and believed they might find it on this challenging, sometimes lonely route, seeking the combination of “promise and mystery” that Ms. Strayed described so enticingly.” –The New York Times (2013).

With the release of an Academy Award nominated film based on the book, Outside magazine featured an online story, ‘Wild’ Movie Boosts Number of PCT Hikers`:Thru-hike permit requests up 300 percent (January, 2015), claiming, “Since the December release of the Hollywood hiking film Wild, an unprecedented number of enthusiastic hikers have applied for permits to trek along the 2,650-mile Pacific Crest Trail.” It`s clear that in the popular media, WILD, has been singled out as contributing to the rising number of hikers on America`s long distance trails and that a notable proportion of these hikers are women, who like Cheryl Strayed are new to solo travel in the wilderness.

The hype surrounding the book and film, and the assumptions noted above, have caused the emergence of a new, and much gendered discourse amongst the hiking community that seems to exasperate the subtle sexism already in existence in trail culture. One need only read through female hiker blogs from the 2014, 2015 seasons or follow the threads on PCT focused Facebook pages, to know this discourse often assumes the trending rise in numbers of hikers on America’s long distance trails (and a growing anxiety about overcrowding and negative environmental impact) is tied to a phenomenon of an increase in ‘EAT-PRAY-LOVE quarter-life-crisis-type-ish’ women taking to the trails with (they-have no-business-being-out-there-they-pose- a-danger-to-themselves-and-others) little preparation or knowledge of backpacking in hopes to overcome their crappy life problems.

To be frank–that’s all kinds of bullshit. And please don’t misunderstand me– I LOVED Ms. Strayed’s book. She is a beautiful writer. But I feel anticipative dismay at the thought of having to meet the gaze of anyone who slots me into a sexist stereotype. 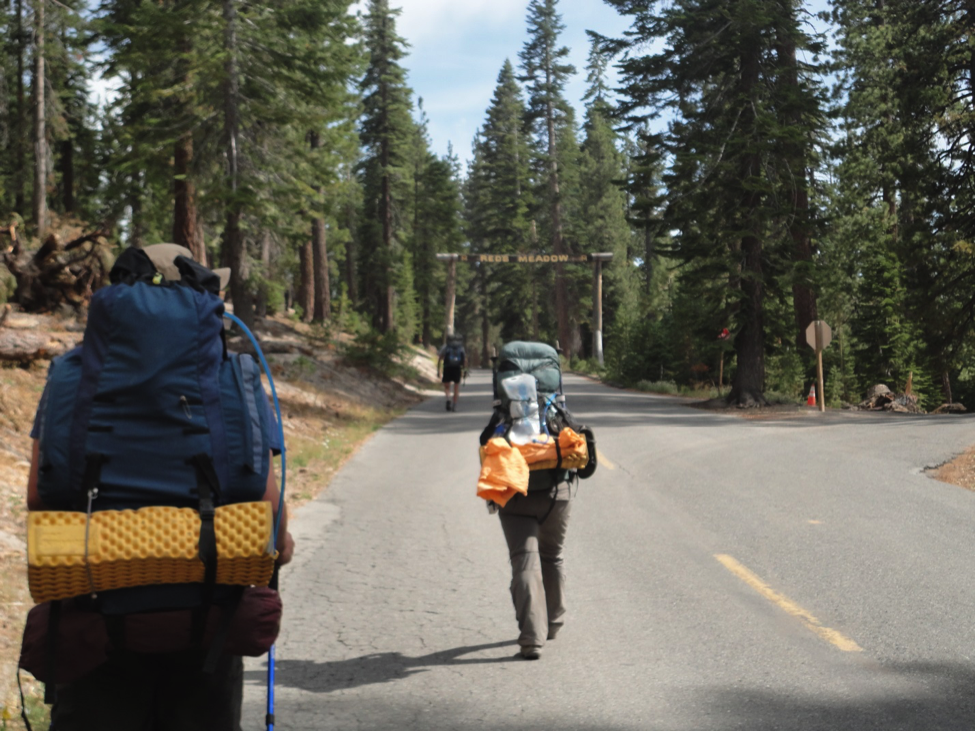 Never mind that films such as THE WAY, a 2010 American film by Emilio Estevez, featuring a male protagonist, has inspired thousands of Americans to trek the Camino de Santiago, an ancient pilgrimage route across northern Spain, raising the numbers of pilgrims to record breaking levels over the past few years—which the small villages and towns along the Camino are struggling to respond to—or that Robert Redford’s cinematic interpretation of A WALK IN THE WOODS (2015) will firmly place hiking the AT on many people’s bucket lists—or that the film INTO THE WILD (2007), or (to draw back to another generation) the book DHARMA BUMS (1958) have motivated many young intellectually minded college aged men to take time between their studies and careers to set off on a their own wayfaring adventures. Yet, when a woman tells a story, (a successful, bestselling one at that), it is assumed she represents ALL women—that there is only one voice for us: a single story.

When feminist author Maureen Murdock, asked Joseph Campbell, America`s guru on storytelling and author of the seminal works THE HERO`S JOURNEY and THE POWER OF MYTH, why his story structures only featured men as the Hero or protagonist he answered, `women don’t have a Hero’s Journey because they are a goal of the Journey. They are the Prize`. Do you see where I am going with this?

When my motivations and ability to be in the backcountry by myself are assumed to be unworthy—it makes me think that the core issue at stake is a woman’s right to occupy what has traditionally been deemed by the dominant cultural hegemony as a male space—In short—I am asserting a woman’s right to occupy wild places, a woman’s right to approach the wilderness as the context of rituals (walk-about, vision quest, pilgrimage) which foster personal transformation, an experience to test her mettle, as a place to experientially witness the power of creation and know she has a part in it. We live in a culture, which through the interplay of historical/ social/political/economic design disconnects us from nature and self-knowledge. Women, as much as men, have the same longing to go rogue—to reconnect with what is real. To be their own hero. 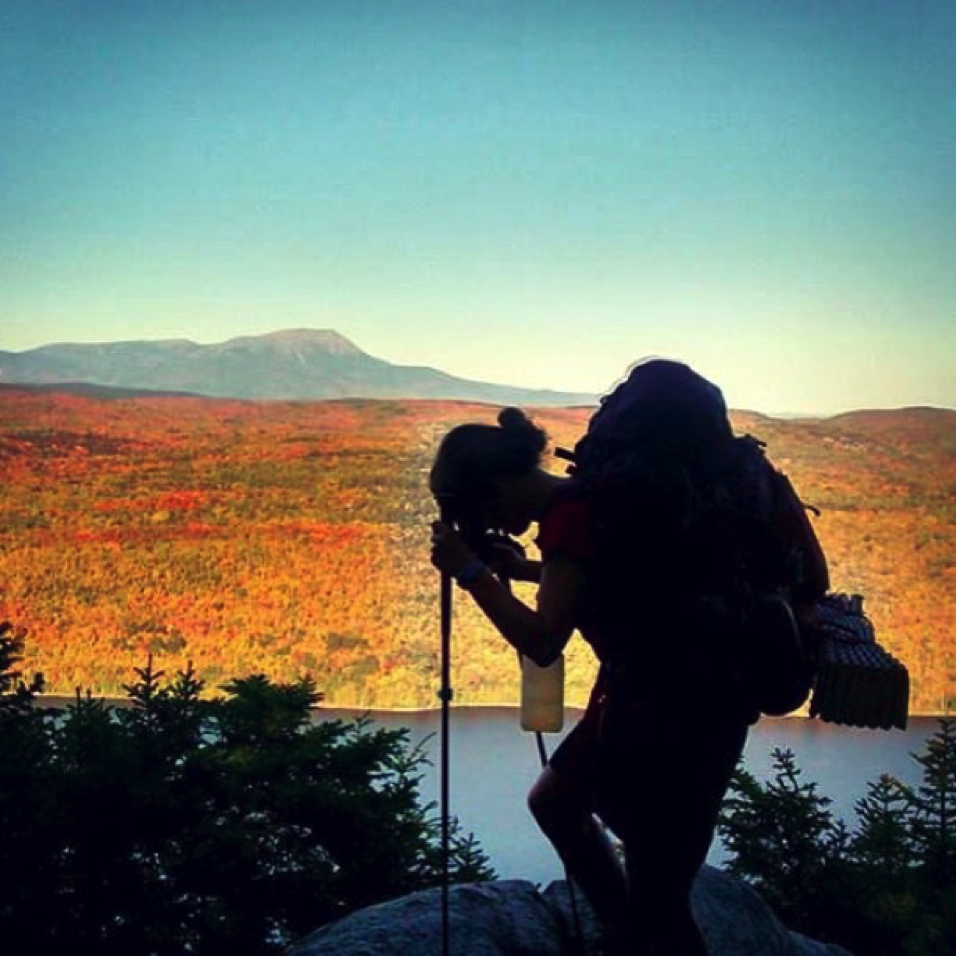 We have a terrible (and often dangerous and violent) tendency in our culture (on trial and everywhere else) to essentialize people into overly simplistic categories, making the trail sometimes an unwelcoming space for `the other`. And –because it needs to be said–perhaps this tendency is partially why we see so few people of colour in the backcountry compared to the red and blond bearded hikers who take to the trails each spring. I’m convinced stereotyping is an act of laziness—it’s easier to assume you know someone’s ‘type’—than it is to put the effort into getting to know them as an individual.

For the most part, hikers take individuals rounding the bend of a switchback as they are. That’s the beauty of the trail community—you can leave the role or identity that other people have ascribed to you and which no longer serves you–to show up on Springer Mountain/Mount Whitney and be accepted as you truly are. Most Men and Women who actually hike the trails (rather than troll their online spaces or observe from their editorial office) and share the experience of a thru hike, meet each other with warmth, comradery and respect. Let`s keep it that way. No single demographic is to blame for the increase of people using these pathways in the woods. The responsibly to find practical solutions for the sustainable management of our beloved trails belong to all of us.

And yet, despite everything I’ve said above— in spite of my confidence as an experienced hiker, I can’t feel whole heartedly certain about my ability to make it to northern terminus of the PCT without some mishap or hardship—or to make it to the end at all. I’ve never hiked in the desert before. I’ve never had to keep an eye on Forrest fires. Despite my assertion that I am not hiking the PCT because I read WILD, I can’t say, just like Cheryl Strayed, that I’m not hoping that this trek, won’t squeeze out the last drops of grief, loss and personal struggles with self–that the AT and all my other journey’s haven’t yet wrung out. I guess I still have some work to do. But do these qualities—lack of experience of trail conditions and a desire for a healing journey—make me a stereotype—or are they what I have in common with other hikers—what bond us and make us such fast friends and allies to each other on the journey?

So, here is the keystone of the argument—

Whatever my motivations are, whatever burdens I carry or face on the Pacific Crest Trail-they are unique to me and how I encounter what each moment on the trail presents.

That book has yet to be written. 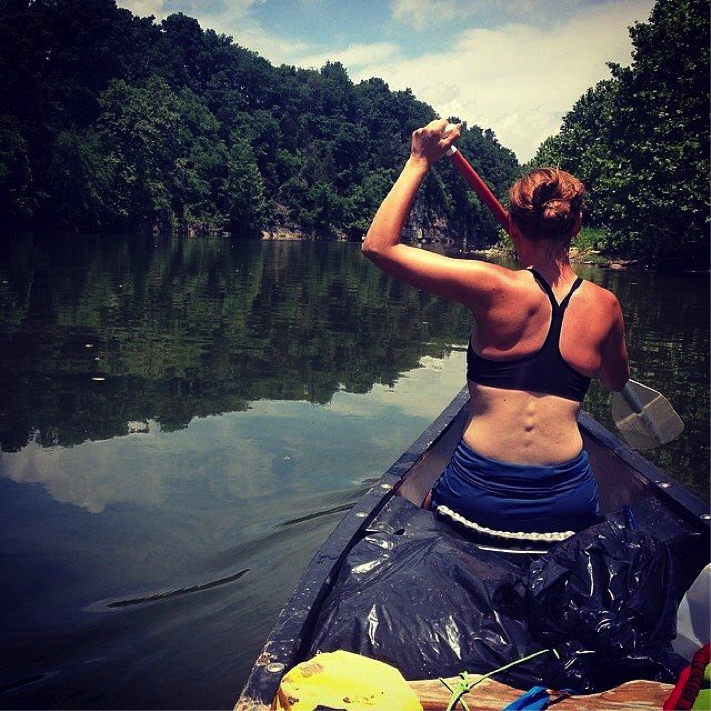 Philippa Gunn (aka Bliss) thru hiked the AT in 2014 and hails from Lunenburg, Nova Scotia, Canada. Self-Described as a ‘barefoot anthropologist’ and ‘nomad’, she left a professional career to purse her love of travel, wilderness, writing, and adventure. She is currently working at a dog sledding outfitter in the Yukon, Canada. In 2016 she plans to thru hike the Pacific Crest Trail. Follow her story at www.walkingwithbliss.com