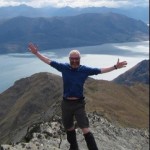 The Long Trek of the Wilderpeople

With only a few days left to go before I join the hiker herd I’m reminded of a uniquely New Zealand comedy drama “Hunt for the Wilderpeople.” With a lot of colloquialisms, its heaps of gag lines are really only understood by Kiwis or Aussies, but it is hilarious in my mind.  To cut a long story short, the movie basically follows the adventures of a young foster boy and his caregiver who go on the run from child services, taking to the bush for several months. They are on foot and constantly on the move, surviving as best they can, and the young boy coins the term the Wilderpeople, using the analogy that wildebeests migrate as a herd and that is what they are essentially doing; moving through the wild trying to evade danger, but that they are people, hence the term Wilderpeople. 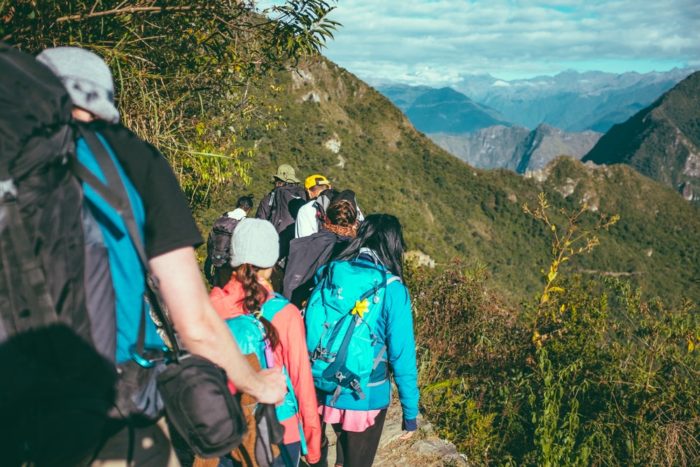 And that is essentially what the PCT hiker herd is – Wilderpeople. Hundreds of hikers, all migrating NOBO with the same goal of reaching Canada in a compressed space-time continuum. But the movement en masse is not the only shared characteristic with the migrating wildebeest. In the desert, especially, we are all on the hunt for water, dodging dangers (rattlers, poodle dog bush, and heat) and moving to more fertile ground north. At the same time we all compete for resources in the form of hotel rooms in town, post office lines, and campsites. Maybe some are on the hunt for mates.

I’m About to Join the Pack

Mid-April is by far the busiest period on the PCT. The online skirmish to secure permits was particularly telling as mid-April dates evaporated faster than sweat dripping onto a hot tin roof. But April wasn’t going to work for me. May was a much better fit. So I’m about to join the hiker herd, albeit toward the back of the pack.

Because it is perfect!

–April is one of my busiest times at work as a forest firefighter in Australia and May is the start of our off-season. April was never going to work in securing time off.

–The herd is thinner. Don’t get me wrong. I’m not a loner by any stretch of the imagination and the PCT is a very social trail. Unless you’re heading SOBO it is virtually impossible to avoid people. But there seemed to be fewer players in May. There will still be a bubble, which is great. We are lucky in Oz, in that you could walk for weeks and not see another person. This is just what I’m accustomed to and I could not imagine starting with 50 others on the same day.

–You get beta from the front-runners about water sources, places to stay, where to resupply, and side trips not be missed. This is always a good thing. It takes the mystery out the trail a little but is definitely useful when relying on info like the water report.

–The Sierra snowpack is manageable. With a rough estimate of six weeks to get from Campo to Kennedy Meadows, starting in early to mid-April sees a lot of hikers reaching Kennedy Meadows to find the snow still too high and either waiting around for the melt, heading off trail to explore other things, and come back later or flipping up north. HYOH – all valid strategies but not for me. I want to aim for a continual south to north line. Starting in May will give me the six weeks I think I need to hit the Sierra at peak time.

–The weather is manageable. I’ve seen too many blog posts of March and early-April starters walking in the rain, hail, and snow, through the desert! Mid-April is hot and May is getting hotter but this just makes my transition from Australian heat to SoCal so much easier with less adaptation required.

See you out there next week.

G'day, I’m Mick (aka Hotshot) and an aspiring 2018 PCT thru-hiker. I have a love for all things outdoors particularly the mountains. In 2014-15 I completed a thru-hike of Te Araroa in New Zealand which now has me addicted to long distance hiking. Day to day I'm a forest firefighter in Australia and have had the opportunity work internationally. Be sure to check out my webpage www.mickbeckers.com