Some Thoughts on Thru-Hiking – The Second Time

In less than a couple of months, I’m going to attempt a southbound thru-hike of the Pacific Crest Trail. It’s not my first rodeo, neither in thru-hiking nor writing one of these blogs explaining why I’m thru-hiking. I actually think that, for all the writing I’ve done for The Trek since my first thru-hike, I write most prolifically and easily when waxing poetic on all the thought processes that make up thru-hiking. I’m not saying I’m good at it, just extremely verbose. I’ve written 2000+ word blog posts on my phone curled up in bunk room corners while random thru-hikers shove cheap beer after cheap beer into my hand. I know how to bang out long-winded blog posts about thru-hiking. But in writing this one, there didn’t seem to be a whole lot to say. How many words do you really need to dedicate to explaining the inevitable?

In 2017, I hiked the Appalachian Trail. It was a big point of consternation to everyone I met that I was there. Not that I was on the Appalachian Trail specifically, more that I was there instead of the Pacific Crest Trail. “Why aren’t you hiking the PCT?” was the first question I would get from other hikers and I totally got why. In my desire to let everyone know my home state, I did everything short of tattooing “I am from California” on my forehead. I carried three different forms of California affiliated apparel, I would try to track down other hikers from the Bay Area (CA blazing), and I talked about California constantly. You’ve possibly met other people from California. We can’t chill out about California. I mean, I would consider the forehead tattoo.

But it had made total sense to me to fly across the country and hike the AT instead. At the time, I was looking for something radically different from what my life was and when you’re looking to break out of your comfort zone, something’s proximity to your home feels like a bit of a con. I was looking for something new and foreign and different and I loved the AT because it gave me all that and more. It was romantic and novel in a way something you’re familiar with can’t be. I never regretted choosing it for my first thru-hike. 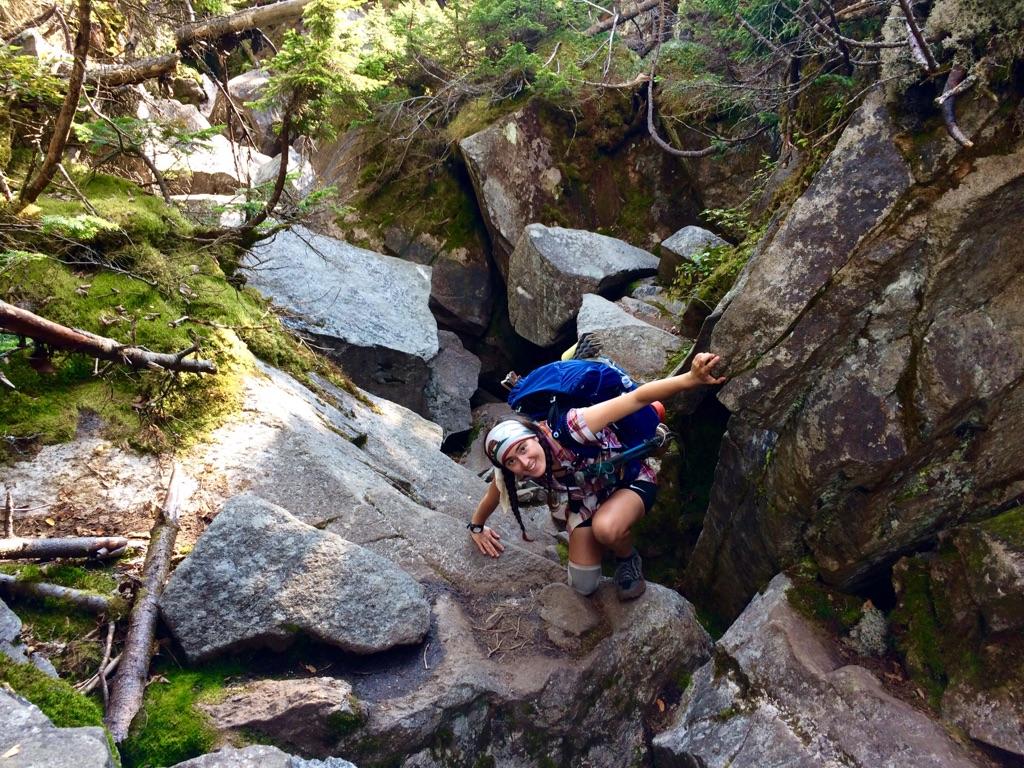 When I came back to California, it became obvious fairly quickly that I was going to thru-hike again. Everyone in my life acted like it was a given and now, two years later and sitting next to the giant pile of boxes I packed up in February 2017 and haven’t opened since, it’s pretty clear why. I never really brought both feet in the door.

Choosing to thru-hike a second trail almost feels like making a bigger commitment than choosing to thru-hike your first. It says something different. When you hike your first trail, you’re saying, “This is something I want to do.” When you hike your second, you’re saying, “This is the way I want to live my life.” When you decide to thru-hike a second trail, you’re also acknowledging that there’s probably going to be a third and a fourth and possibly a fifth and you’re going to be figuring out how to squeeze long distance backpacking around however much “regular life” you aspire to have for as long as you’re able to strap on a pack and put one foot in front of the other.

But the PCT was there. It wasn’t the elephant in the room. It was the 2650 mile trail in my backyard. Every one of my AT friends that hiked PCT last summer inspired a wave of possessive jealously in me that was completely unexpected. I wanted to comment “How freaking dare you?” on all their Instagrams. How freaking dare they hike the length of California before I got to? Didn’t they remember my California flag buff? That essentially meant I had dibs.

There’s a lot of California I haven’t hiked. It’s a big state. But I thought I had the Bay Area in check. I’ve lived in both San Francisco and San Jose and have covered quite a lot of ground around those cities. When I got back from my AT hike, I stumbled upon the Bay Area Ridge Trail and have spent most of my hiking energy in the last year and a half checking off sections I had never hiked before. Doing so spawned the slow realization that I barely had a pinch of a grasp of what the Bay Area’s backcountry looked like. Hiking in is one thing. Hiking in entirety is another. I started to really crave that feeling for California. There was a lot of trails on my thru-hiking bucket list after the AT, but it became clear I couldn’t think about any of those before I hiked the PCT. 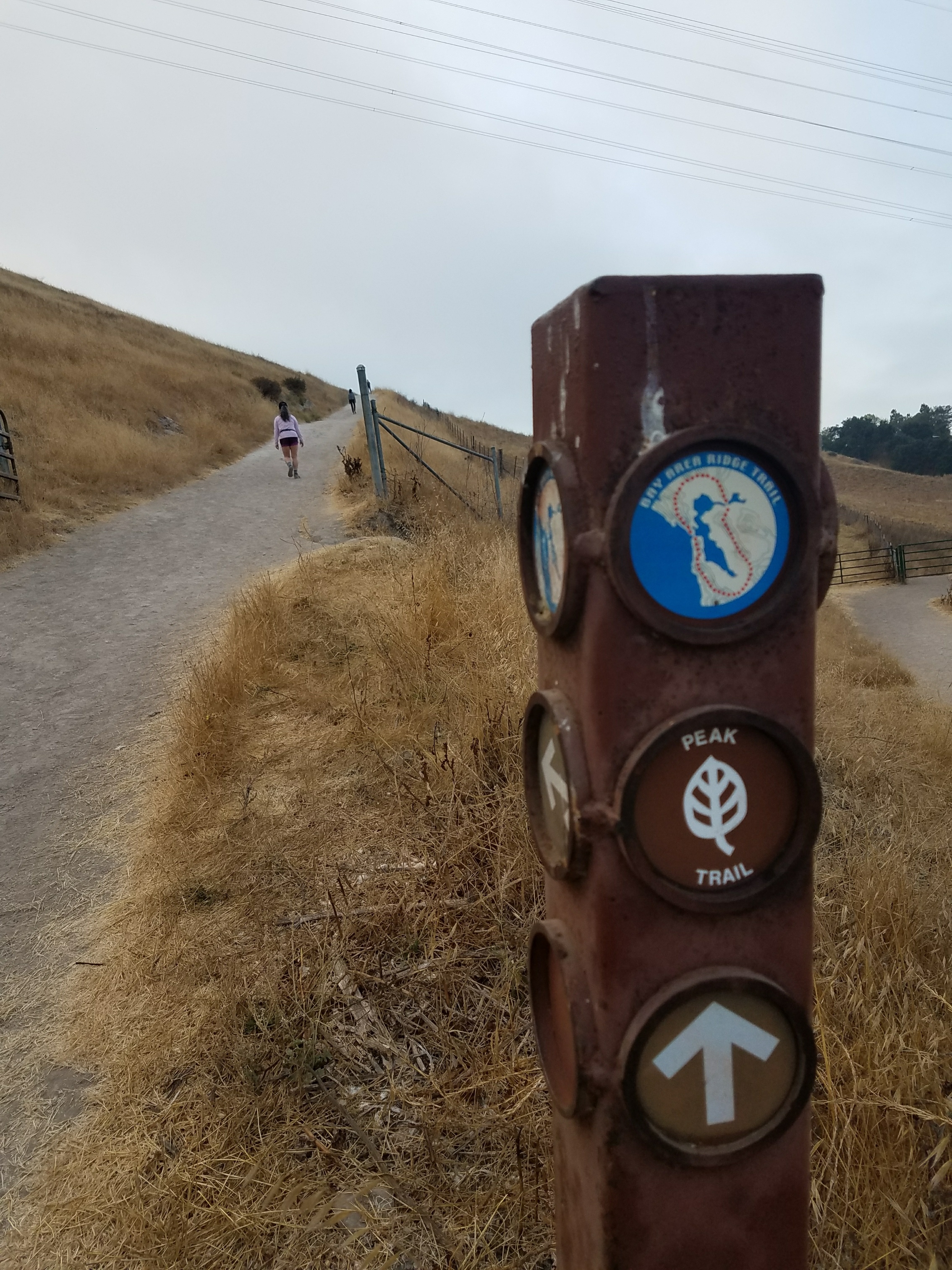 Adding to the drive was the influx of hikers I adore declaring they were devoting their 2019 to the PCT as well. The two year itch is a real thing; far more of my AT friends and acquaintances are hiking the PCT this year than last year and probably any other year I could attempt it in the future. Deciding to go southbound was an easy decision in most ways, but I am sad that instead of having the chance to hike with them for an extended period of time again, we’ll instead pass each other once and then head our separate ways to our respective borders. Ending my hike with California felt like the right arc to me, so much so that I just couldn’t get enthused about the idea of a northbound hike. (I also didn’t want to miss the final season of Game of Thrones. Every thru-hike is a chance for us to realize what’s most important to us.) While it became apparent a northbound hike wasn’t for me, pulling the trigger on a 2019 thru-hike to get a chance to cross paths for even a small time was still a pretty straightforward call. 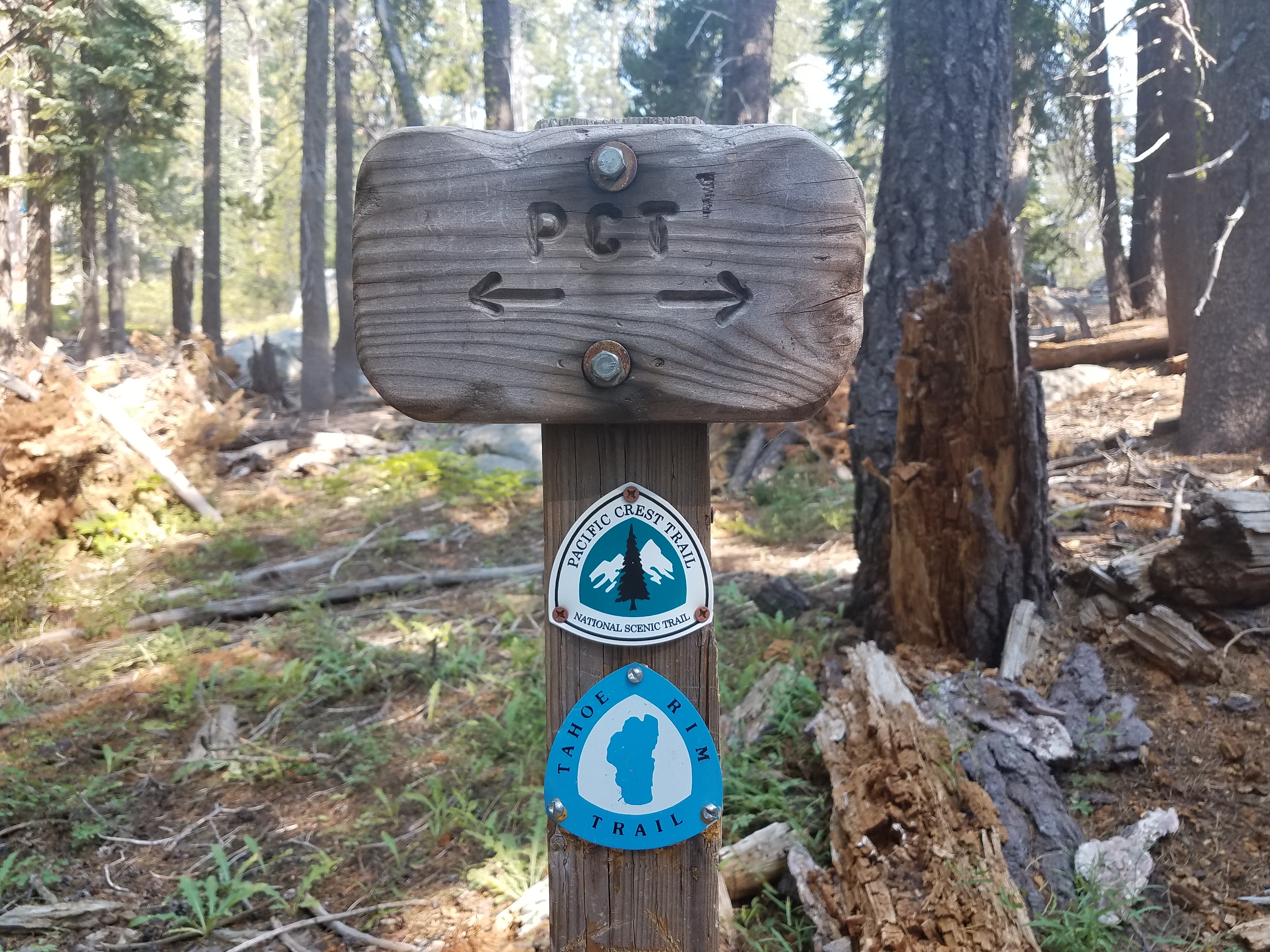 And so a southbound thru-hike of the PCT in the summer of 2019 became inevitable. It didn’t seem like it could have worked out any other way.

A small part of me mourns the recklessness I felt when I decided to thru-hike the AT. When I told people I was going to thru-hike the first time, they would ask me the furthest I’d backpacked before and I would cough and stare at the floor and mutter about the 32 mile skyline-to-the-sea trail. I had an inkling I could handle the extra 2160, but that was a small feeling deep in my gut and there wasn’t any concrete evidence I could use to assure myself it was anything more than that. I don’t know if you’ve ever gambled that aggressively on yourself and come out the winner. I hadn’t before then and, let me tell ya, it is a hell of a freaking feeling. Once you’ve hiked 2189 miles, 2650 doesn’t seem like nearly as much of an impossibility and who doesn’t love feeling like the underdog in their own story? I’ll miss that feeling.

But I’m more excited about the new challenges and opportunities a new trail will give me. I’m excited to go a new direction and see what going against the flow is like. I’m excited to need to hike faster. I’m excited that a narrower start window means I’ll get to meet a larger chunk of the sobos. I’m excited for snow in Washington and starting on the deep end. I’m excited to start my thru-hike with at least some amount of expertise and experience to rely on. I’m excited to trip and fall and flub my way through a whole new batch of unexpected problems. I’m excited to walk every inch of California, end-to-end, a feat very few people who love the crap out of California get to do.

So, inevitably, I’m hiking again. And, probably more inevitably, blogging again. It’s still really so my grandmother won’t worry about me. But I haven’t been able to eat a fudge stripe cookie since after eating approximately 43 million on my AT hike, so I’ll have to come up with a new ratings system. Like all things in thru-hiking, I’ll figure it out eventually.