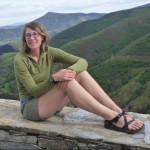 Some folks indulge in a celebratory meal or revel in the luxurious comforts of a restful vacation after completing a section or thru-hike, but the following hikers chose to permanently etch art onto their body to honor their hard-won achievement. After months of looking at the same blaze, trail logo, or map, now they can just look down and see it on their leg, arm, or wrist forever. 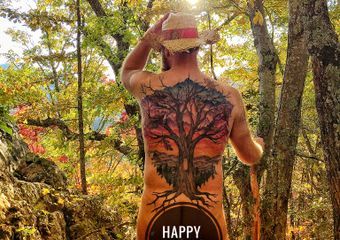 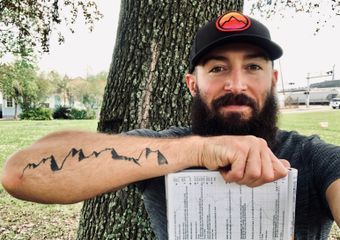 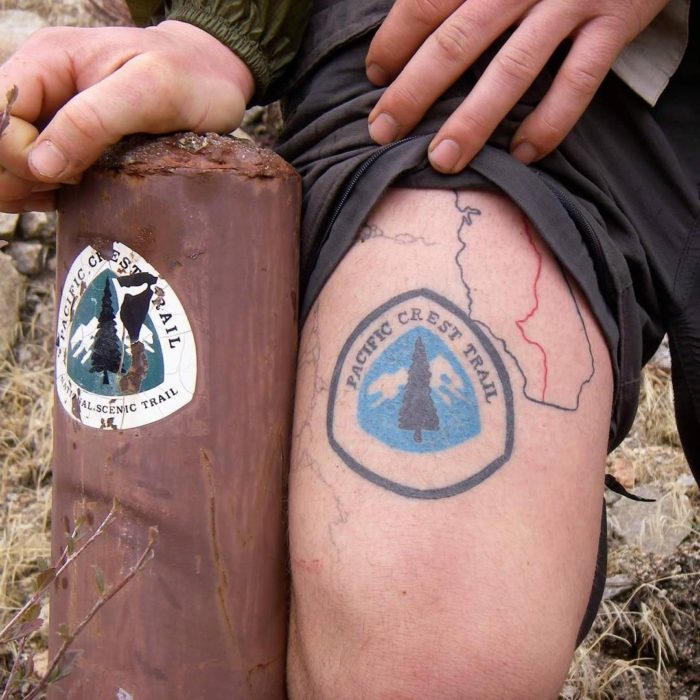 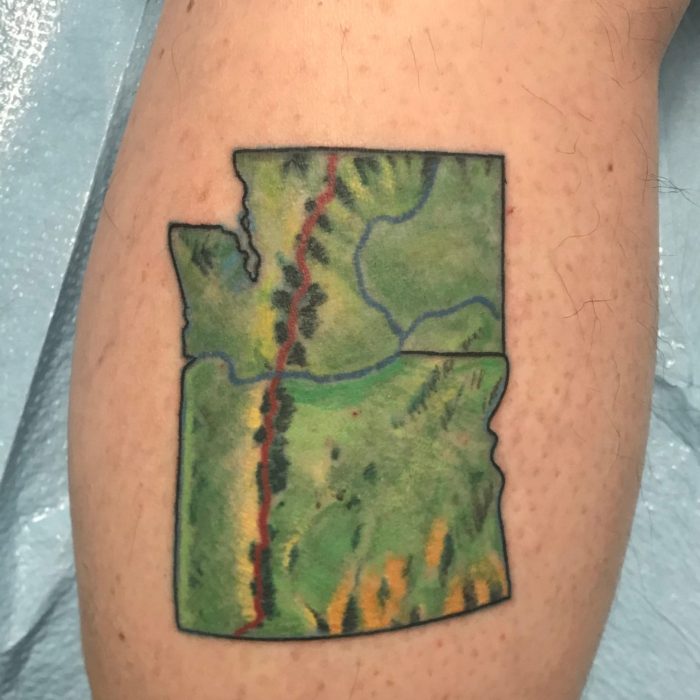 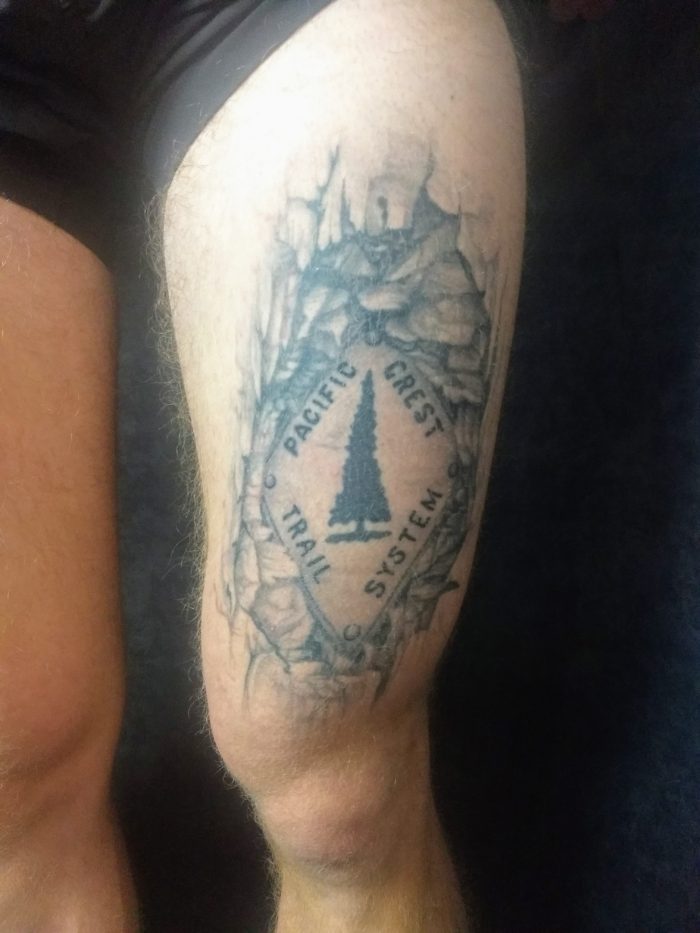 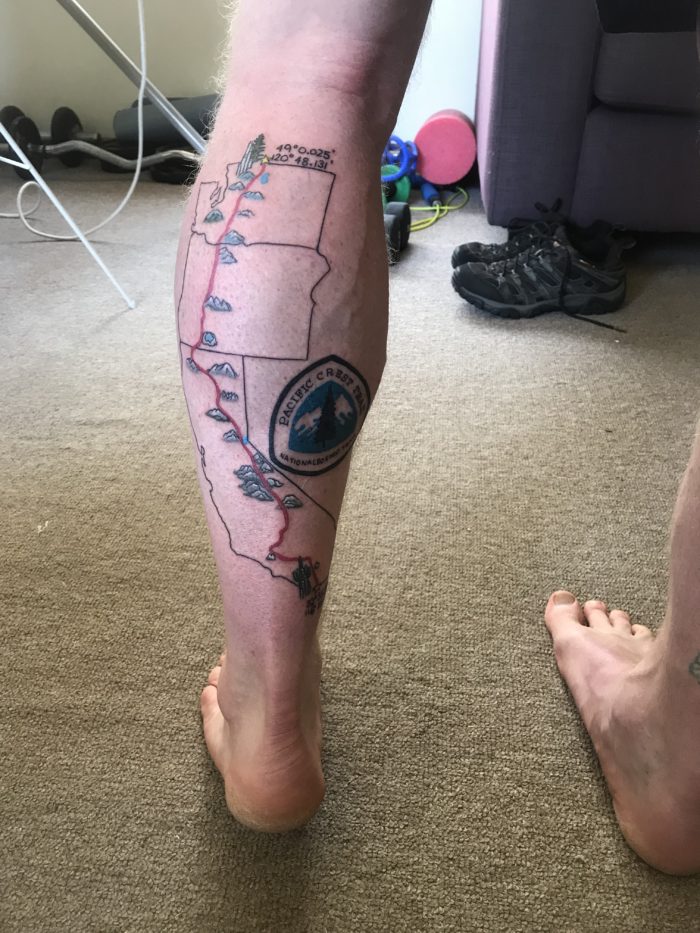 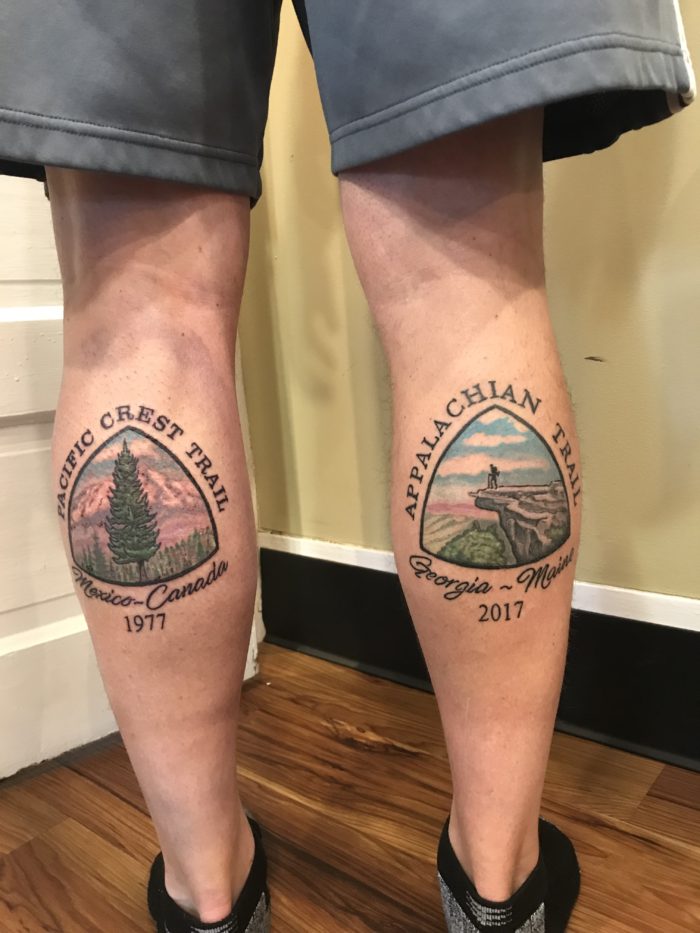 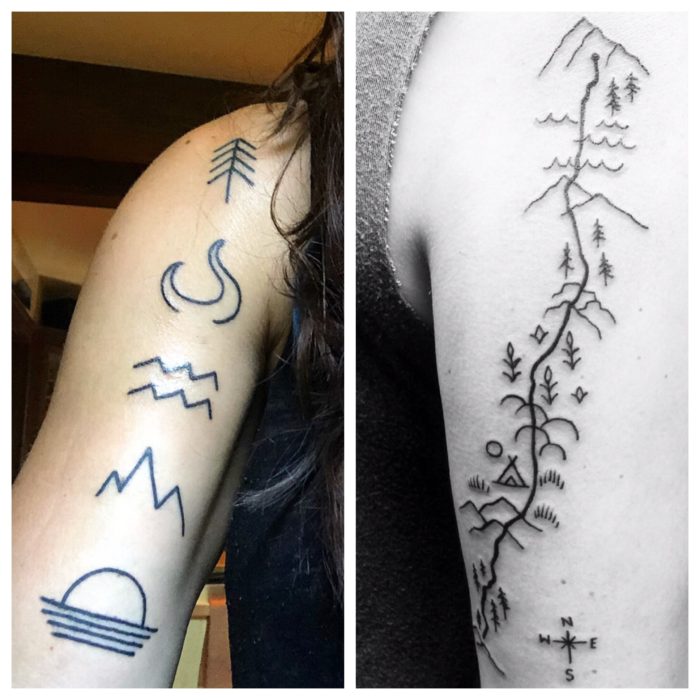 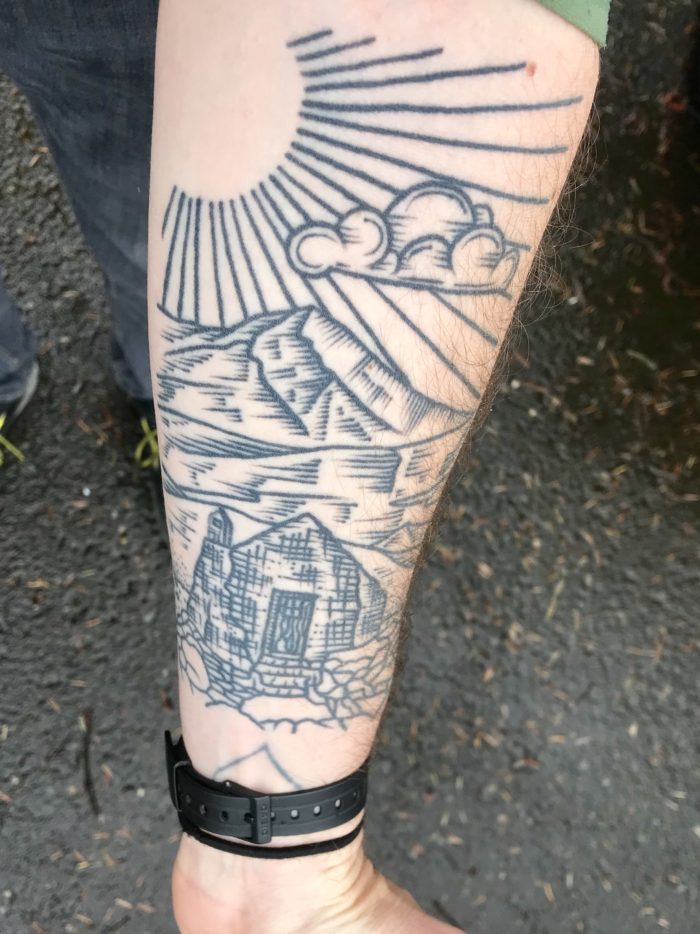 Muir hut in the Sierra, with a happy little cloud. 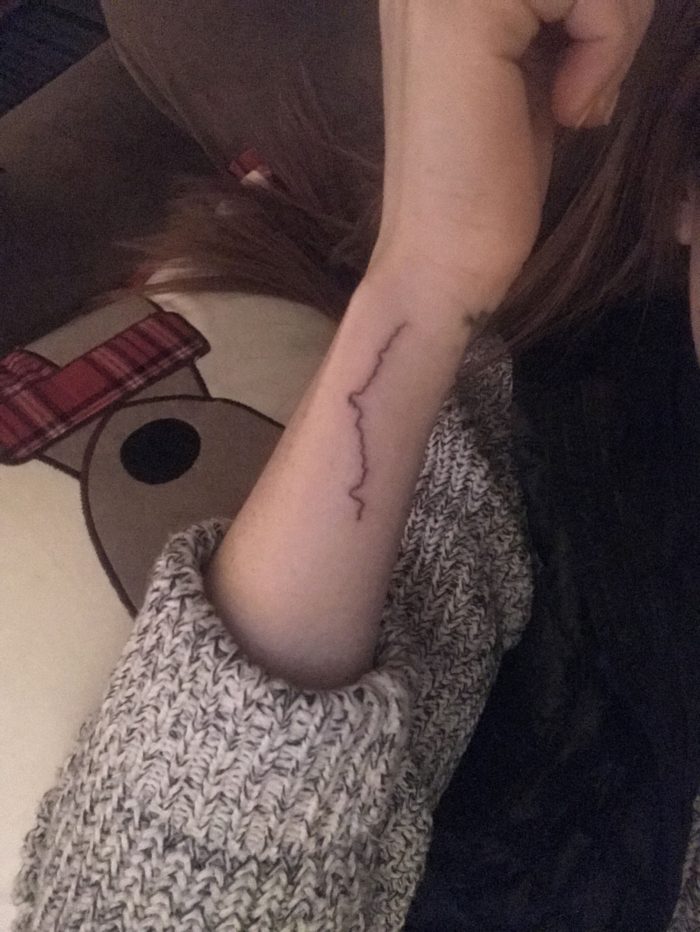 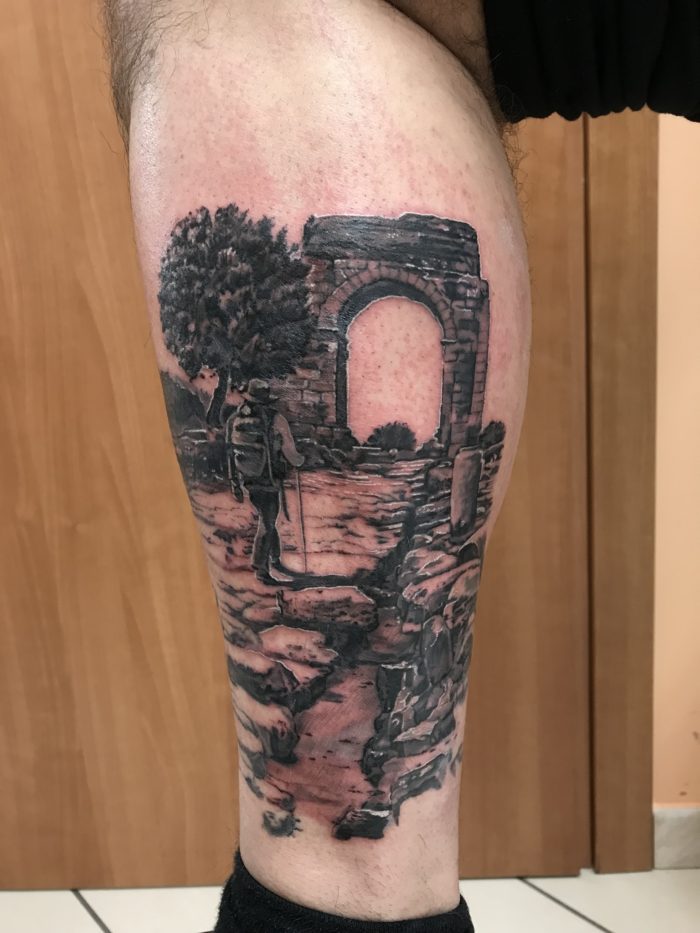 Via Della Plata on the Camino de Santiago.

The following tattoos were done by 2018 thru-hiker For Now (@dirtynotahippy). He funded his hike by tattooing for donations/tips along the way. The tattoos are part of his trail name series. 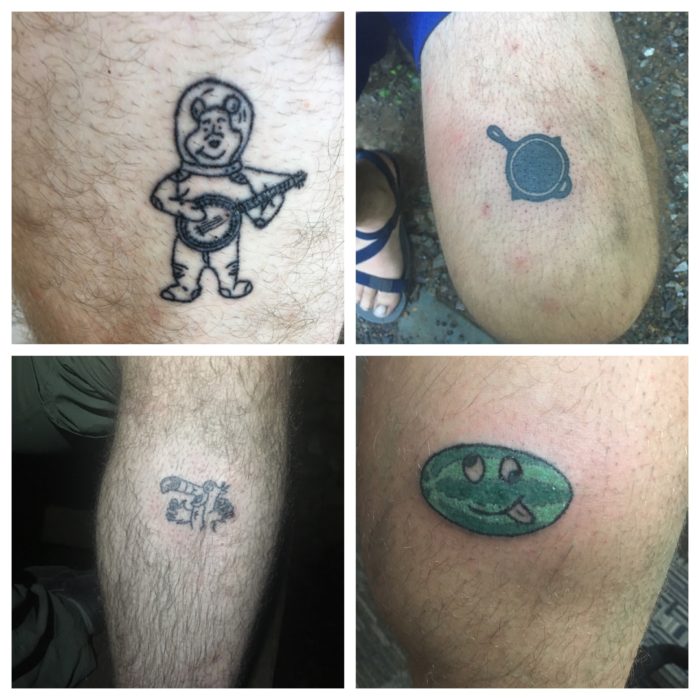 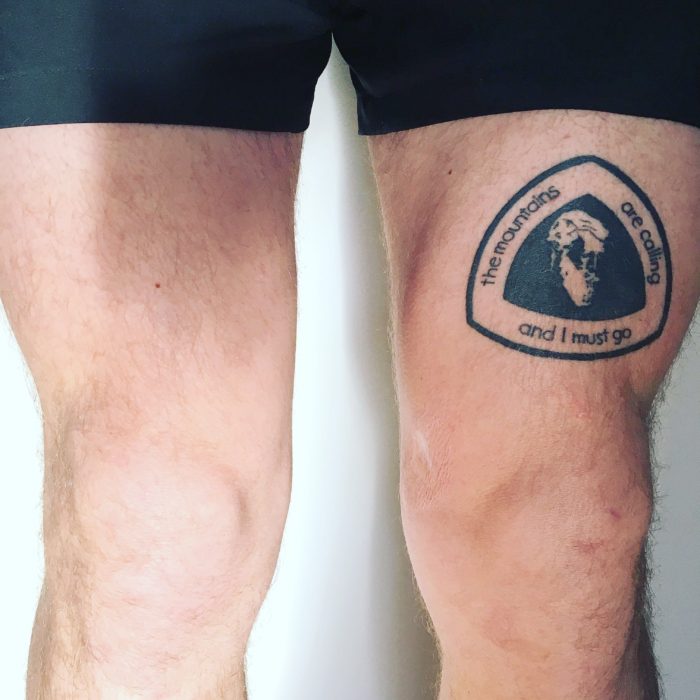 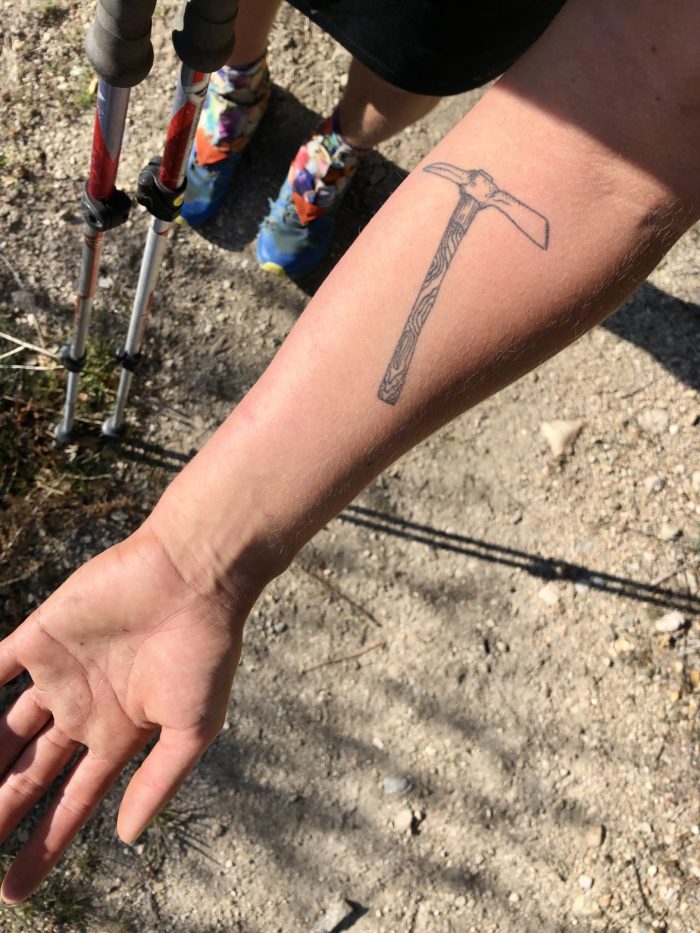 It is a pick-mattock, a trail tool commonly used for working on tread and especially useful for rock work. I drew it up and got it tattooed after doing a season of trail work in Baxter State Park (home of Katahdin, aka Northern Terminus of the AT). I did a lot of epic rock work there and the pick-mattock quickly became one of my favorite tools. I worked about four seasons there. 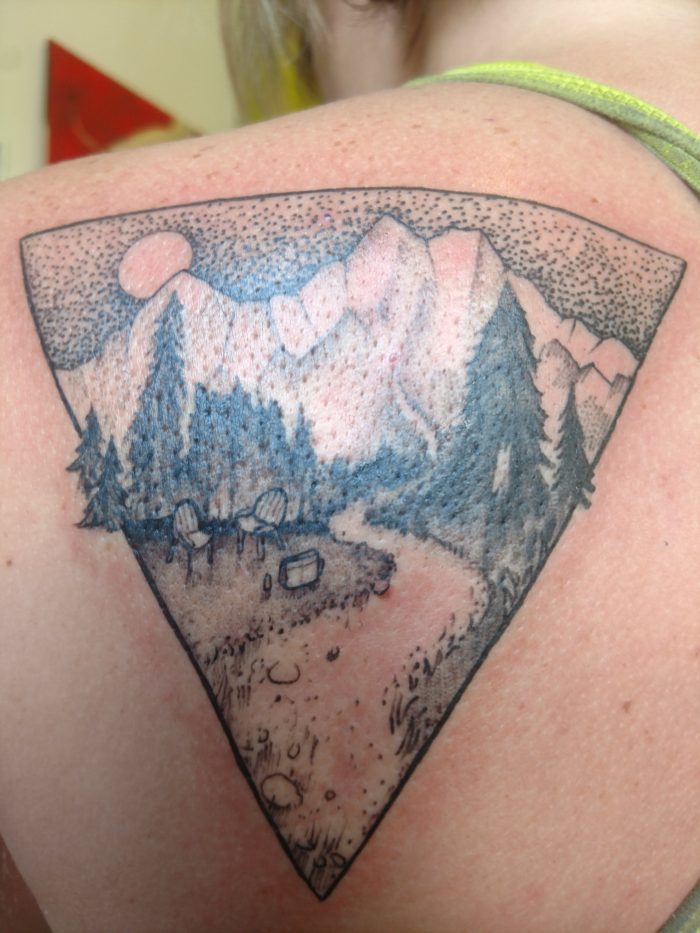 This is my trail magic tattoo, commemorating all of the great people I met who were more than willing to help out a stranger with the soda I needed to get up that next mountain. 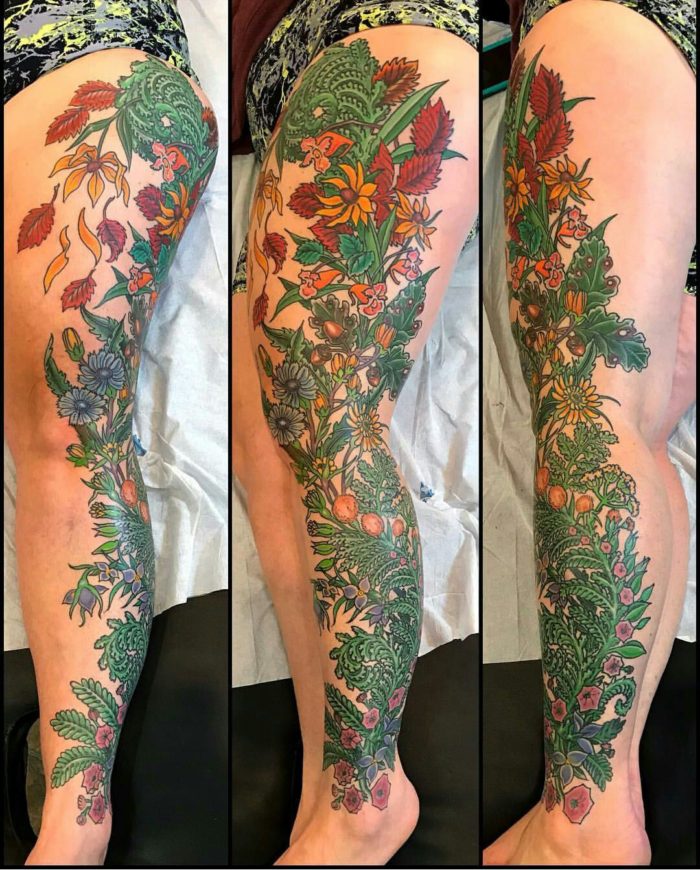 This tattoo tells the story of the trail starting at my ankle and going north. It is divided into quarters, each section including flora from that region. The artist took some liberties to create a story with the plants. The colors go from spring to summer to fall. As some of the buds close others open, representing the physical, mental, and emotional growth that took place. My hike included a leapfrog, and the artist wrapped the ferns and autumn leaves back around making sure that one of the leaves connected with the image just above my knee, representing my return to trail. Plants starting at my ankle: mountain laurel, ferns, trillium, poison hemlock, goatsbeard, chicory, oak leaves, acorns, jewel weed, black-eyed susan, birch leaves. This tattoo was done by Nick Filth @ Hidden History in Dover NH.

I've been ruined for normal existence ever since thru-hiking the AT in 2011. I find that I am never fully satisfied with life so I am always looking for a new challenge, adventure, or goal to work towards. Add my tendency for self-suffering and you've got the makes of a long distance hiker, cyclist, and rower. I've lived and worked all across the country, thru-hiked the Arizona Trail, Long Trail, Camino Frances, Annapurna Circuit, and Pinhoti Trail, section-hiked the Camino Portugues and Benton MacKaye Trail, biked the Natchez Trace, and rowed the Mississippi River from source to sea. I was privileged to give back to the trail as an AT ridgerunner in 2016, 2021, and 2022. Happy Trails! For adventure travel posts, videos, and more check out my website: www.whereintheworldissara.com. Instagram @saratidewalker