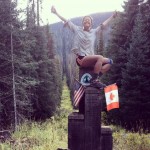 Understanding the PCT Permit System, and Why it Matters

It was a scorching summer day in Southern California. I was taking a break underneath a large tree, elevating my feet to provide my poor extremities some sweet relief. A fellow Pacific Crest Trail thru-hiker was telling us how he ended up on trail — a common topic of conversation. This particular hiker had decided to attempt a thru-hike (and would go on to successfully complete it) just three weeks before he started, and we were amazed. Having decided to do the PCT a year beforehand—and working an average of 60 hours a week in my ski-resort town to save for it—I was always impressed and confused by the people who pulled it off within a short span of time. Kudos to them.

“But how did you get the permit with such late notice?” I asked, incredulous. His answer added him to the small but important list of people I would meet on trail who had worked their way around the permit system. He had received a permit, but his allotted start date was much later than he desired. So he pulled a few nifty strings. Three weeks later, he was on trail. 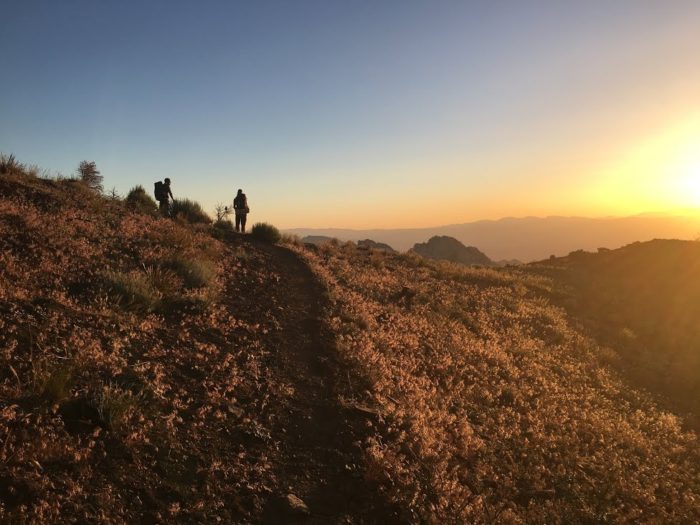 Each year thousands of aspiring thru-hikers apply for the PCT permit, and soon after starting the PCT last summer, it became apparent that this permit system was a hot topic among hikers.

In an effort to mitigate increasing trail traffic and to better gauge how many backpackers take on the PCT every year, the Pacific Crest Trail Association (PCTA) implemented a policy in 2013 that all long distance and thru-hikers obtain a permit. It is not mandatory, but it is strongly suggested… not to mention incredibly convenient.

Rather than endure the headache of understanding the backcountry policies for the seven national parks, 26 national forests, five state parks and four national monuments that the PCT passes through, an aspiring long-distance hiker can simply apply for the PCT permit and carry that single piece of paper authorizing their use of the national lands. It’s essentially the golden ticket of the West Coast hiker world. In theory, the thru-hiker permit dictates one’s start date and limits traffic to 50 people per day. It serves as one of the few permits required for the trail and is by far the most fundamental, due to its all-encompassing nature.

Justin Kooyman, the PCTA’s Northern Sierra Regional Representative, said the intention of the permits is to preserve the trail experience as well as possible.

“I often tell folks we’re playing the long game. We’re trying to look out 50, 100 years and advocate—do the works for the trail that will really protect it into the long run so that it’s there for generations to come.” 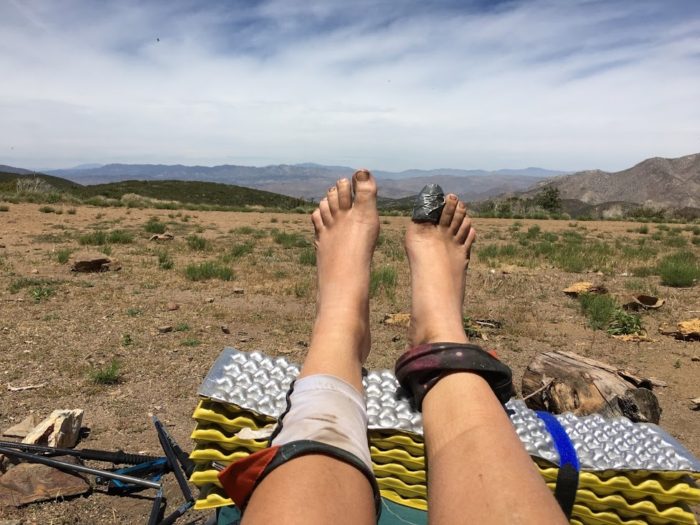 But with the permit system come a number of loopholes. How do you enforce a permit system on a 2,650-mile trail filled with hikers of all types — the teeniest percentage of whom are thru-hikers? Can you really stop someone who doesn’t start their thru-hike on their intended start date? Then there are the logistical issues of actually getting a permit—the site crashes due to user volume, groups hiking together receive permits for different dates, and the process can be stressful overall. Hikers have also expressed the concern that permit start dates that are either too early or too late will create dangerous conditions, causing hikers to either start the desert section in the heat of summer, or hit the Sierra section too early during seasonal snowmelt.

“When you start thinking about rules and regulations and law enforcement, we govern for the majority, right?” said Beth Boyst, Pacific Crest Trail Program Manager for the US Forest Service. “That’s how you plan, and I believe that the majority of long-distance travelers really care about the PCT, and because they care about the trail they want to do the right thing.

“We’re seeing a really high compliance rate with permits—and I believe it’s because people understand that if we have 5,000 people starting on April 1st at the Southern Terminus, it will have a significant impact on the desert ecosystem as well as their experience.” 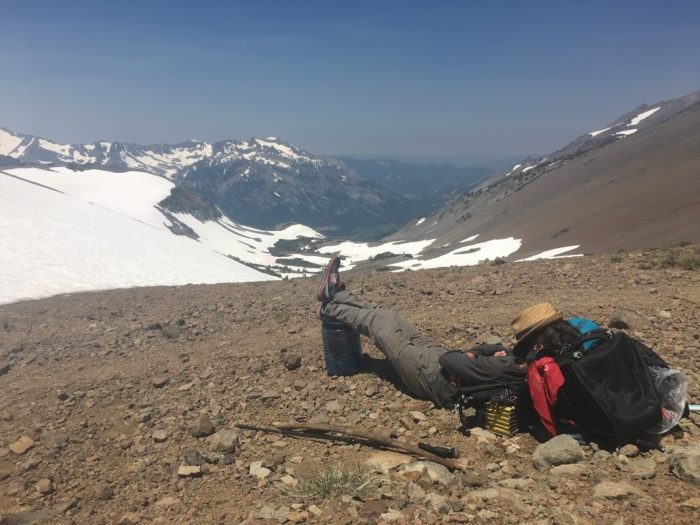 A number of hikers abided by the permits, but were frustrated that they couldn’t get their desired start date and had to readjust their plans. Jake “Baloo” Carlson had to start his thru-hike a month later than he had hoped for because of his allotted date. When he showed up at the Southern Terminus, he realized he had somehow managed to mix up the dates of his permit, and an official who appeared to be a member of the US Border Patrol scolded him for starting two days earlier than allowed.

“The guy was super nice and let me boogie north anyhow,” he said.

There are some community members who think the PCTA should do away with the system altogether and leave thru-hikers to their own devices, making extensive research of all the parks and national forests’ policies part of the planning process. One would have to estimate exact dates that they would be in a regulated area, and apply to multiple different agencies for camping permits throughout the trail. Boyst pointed out that one could still do this: if you don’t get the all-encompassing permit, you can still get permits for each area and successfully hike the PCT — as long as you can handle carrying all of the extra paper weight. 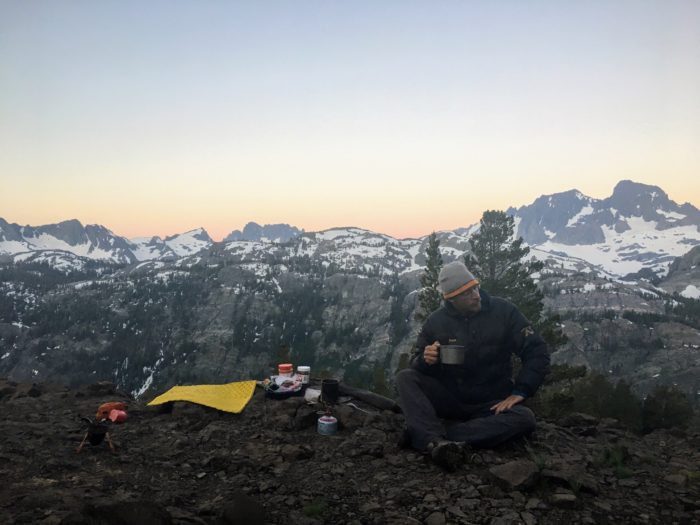 Bruce “DrumSolo” Etter completed the PCT in September 2017 and is among those who harbor strong feelings on the matter. Etter supports the permit system but has his own ideas for how it can be improved.

“I think it is a such a beneficial system for a lot of reasons,” he said. “If nothing else, it provides us with legitimate hard data, which we can use for a slew of things.”

Etter thinks the permit should come with a fee.

“A total of 5,657 people (received) a long distance permit. If each of those people paid $20 we’re talking about an increase of $113,140 for the PCTA. Think of all the good that could do for the trail… We are getting into the national parks for free. That alone means we’re saving money.”

Other advocates of implementing a fee argued that, by having one, people would be less likely to cancel without notice — forfeiting someone else’s opportunity to start on their desired start date. It would serve as an initiative of sorts to make plans for the trail and to stick with them.

Adam Kelly is among those who avidly support the permit system; he is an aspiring PCT thru-hiker who just received his permit for the 2018 season. 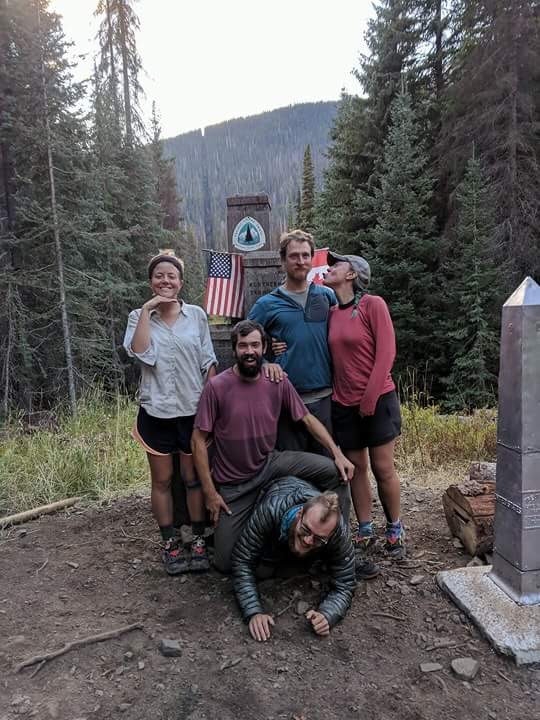 “I think most people griping about it are people who either missed out on a permit because of the volume of applicants, or people who have this idea that they pay taxes and that’s their permit,” he wrote in an online correspondence.

At the end of the day, the permit system is in place to preserve the trail experience for generations to come. Boyst asks hikers to look out into the future when considering trail usage.

“I know that folks who are out on the trail love the PCT, and I just would really ask that they think about the greater good of their actions and to think about how they are connected to an overall experience,” Boyst said. “One is of many, and we live in a time where the tension between how things used to be with a smaller population and the reality of (population growth) is what we are struggling with.

“I think it’s really important for people to think about… how all those impacts start to add up and have the potential to degrade the physical resources along the trail. That cumulative effect over time makes it challenging for us to preserve this trail experience.”

You can call me Legs. I completed my first thru-hike on the PCT in 2017, officially caught the bug, and now spend my days navigating the real world and daydreaming excessively about how awesome the CDT would be this year. When I'm not hiking you can find me hiding amongst the ski bums of Telluride, Colorado.