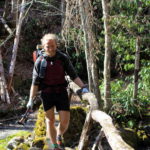 The Beginning and The Beauty 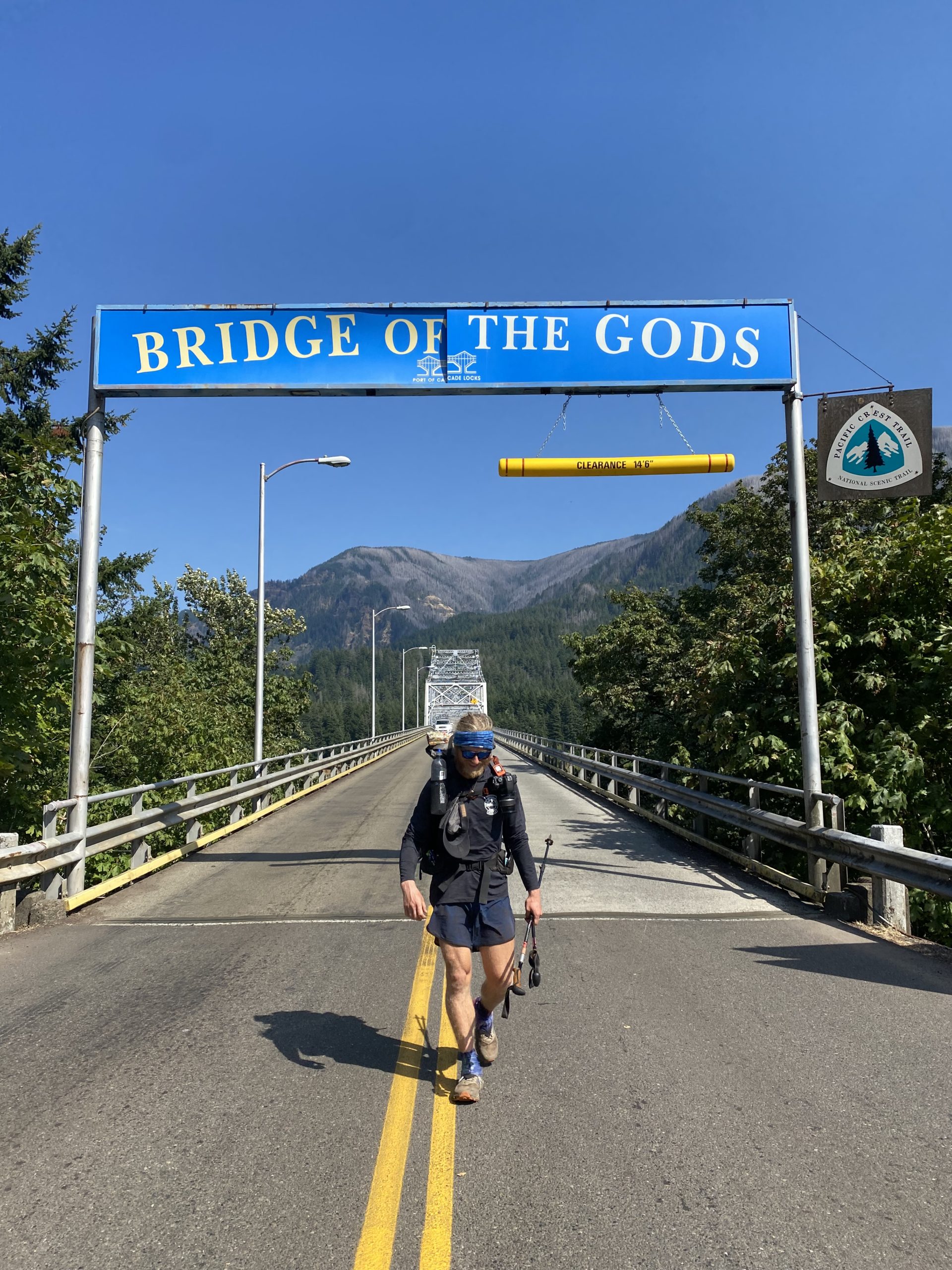 Walking towards Cascade Locks I kept looking over my shoulder. I was immediately attempting to use all my mental strength to engrave the memory of the Eagle Creek PCT Alternate Trail into my brain. That day my jaw ached from the edges of my mouth pointing upward for the entire 8 hours of hiking. A day spent meandering through a land of thundering cascades surrounding both sides of the trail— the crash of rushing water making it hard not to grin. This enlightened mood would continue and then switch drastically, matching the terrain of Washington: up, down, up, down… ad infinitum.

Finally, walking into the gateway of Washington, there appeared to be a tension held in the air that seemed to create a mirage where the mountains in the north started to look a tad larger. That tension was from the rampant emotional distress the majority of hikers were in (majority being everyone on trail south of Timberline Lodge when the fires broke out).

“200 people signed the log book yesterday— how am I going to find a campspot?!”

“We skipped from Mt. Shasta in NorCal. I have not even finished a fucking state!”

“My footpath ain’t broken! So I didn’t miss any miles.” *shrugs indifferently at everyone’s dismay*

“The fires are making me get off trail entirely.”

Washington was never going to be an easy stroll as the southern Cascades of Oregon were. No, these miles would be hard earned. The spectrum of emotions emitting from the hundreds of hikers in town only added to the restlessness of beginning this state.

Bridge of the Gods to Trout Lake 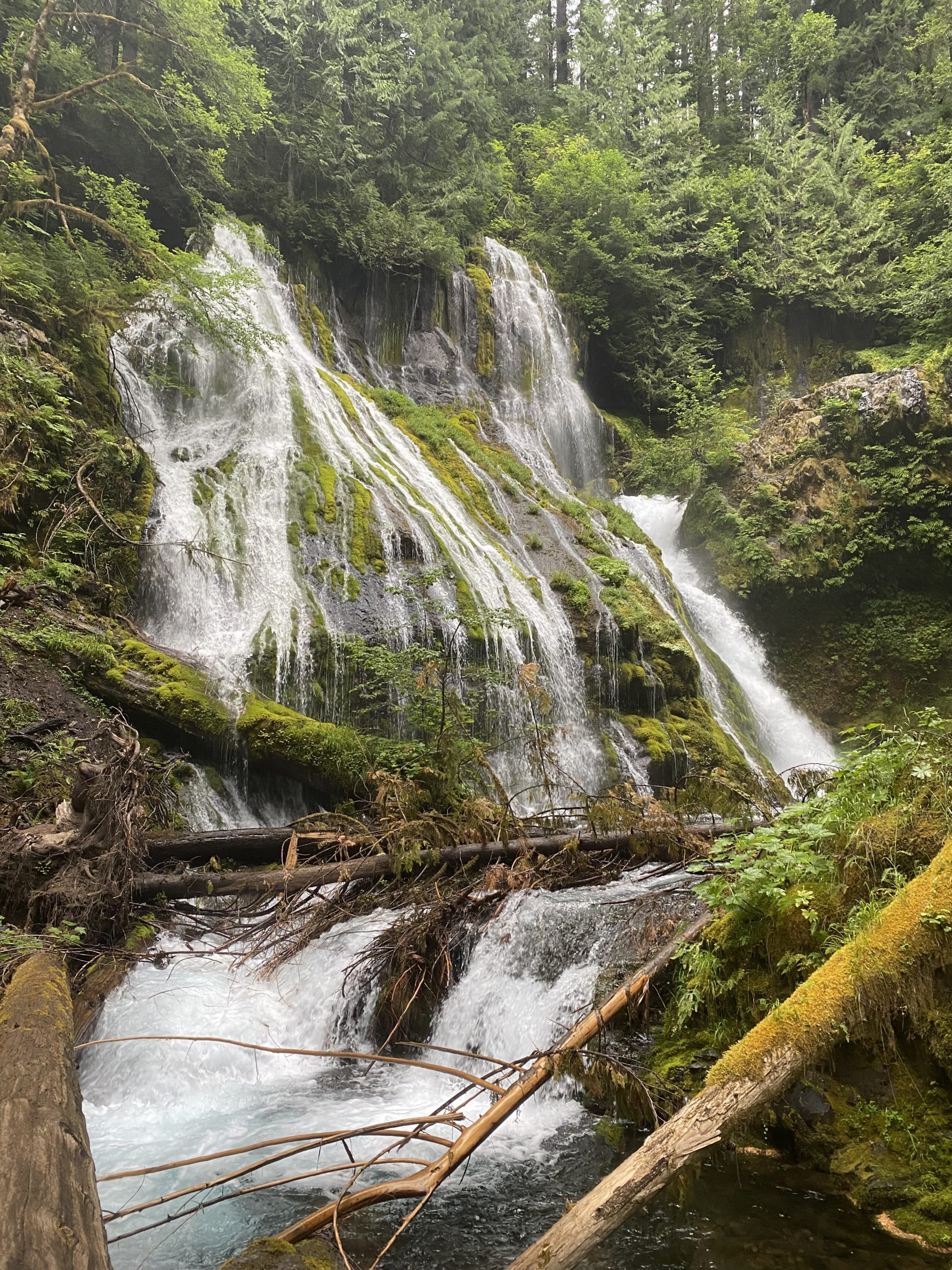 Crossing the Bridge of the Gods a rush of excitement overwhelmed my senses. In spite of the apparent emotional turmoil, all hikers had a massive smile on their face matching my own. For many, this was a moment they were imagining since Campo— for me it was something I had dreamed of since starting in Burney. Grouping our excitement we began the trek to Trout Lake.

Immediately, Mt. Adams greeted us with distant views beckoning us further into The Cascades. As the cooler Washington air hit my face I could see through the haze another mountain not as grand, but with a more explosive history, was also sending its distant encouragement: Mount St. Helens. Both of these peaks — one massive with an extended rounded peak and the other with a flat top as if a god had sliced its peak clean off— would be there every step of this stretch.

While the miles started to come easy a theme had also appeared on this flip-floppin’ thru-hike attempt: waterfalls. Starting at the iconic Burney Falls in Northern California I started making it a point to catch any type of cascade I could even if that meant “blue blazing” (taking a trail off the official PCT). The famous Eagle Creek Trail that ends the northern portion of Oregon is technically not on the PCT, but in the words of an Australian I met on trail, “you’d have to be one purist type wanker to not take Eagle Creek!”

Sticking to that theme and clearly not a wanker it was time to blue blaze. What involved a tad bit of road walking turned into a mystical morning of lying next to Panther Creek Falls all alone. The overwhelming sound of the multiple miniature waterfalls creating the massive cascade of Panther Creek Falls, only brought peace to my mind. A loud silence where I was able to breath in the Pacific Northwest’s mist and be thankful. Grateful and full from breakfast I pushed unwittingly on towards Trout Lake— the next section would be the most incredible landscapes I have ever witnessed. 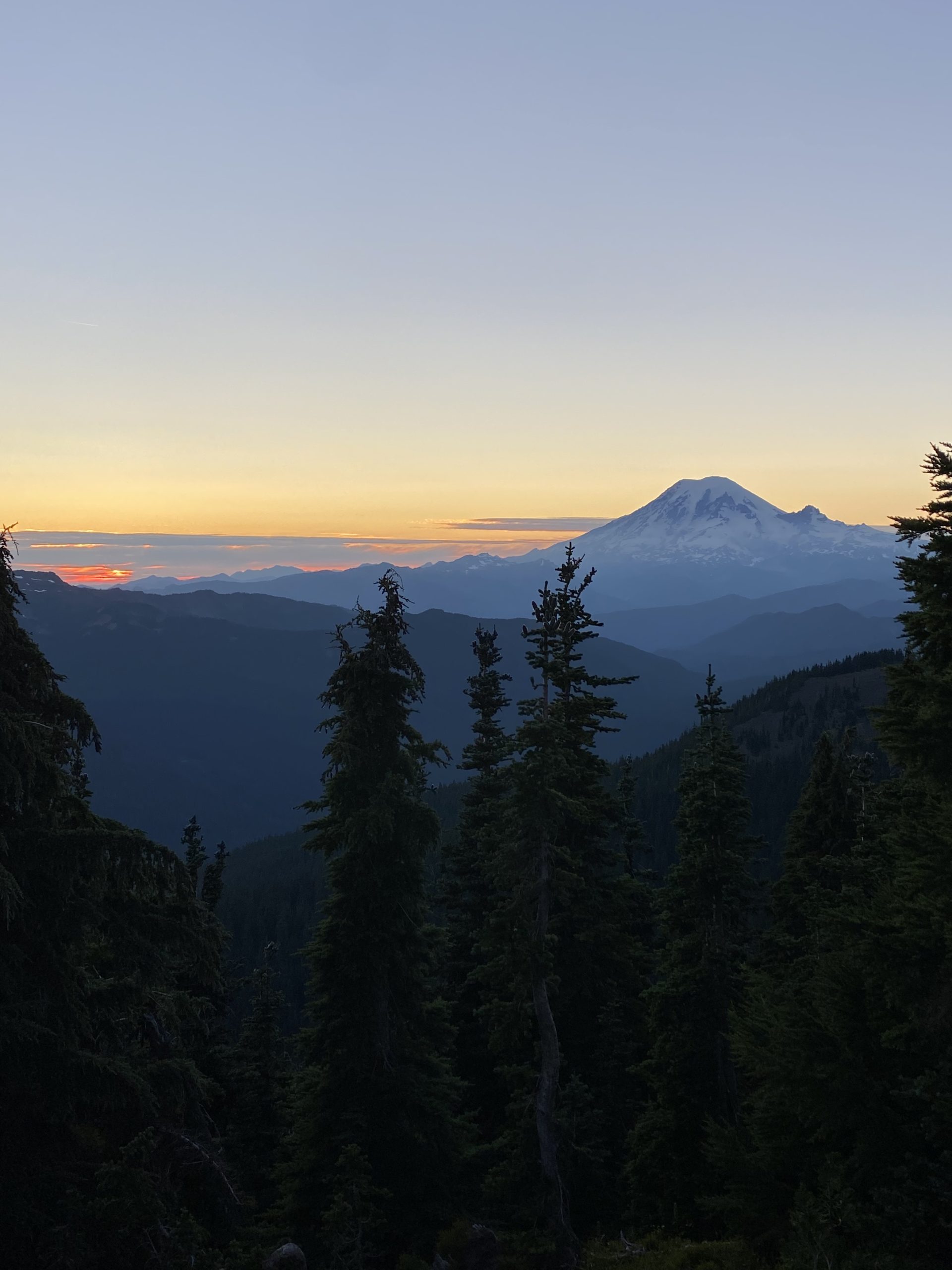 Washington knew how to ease into its beauty and then hit you in the fucking face with all of its magnificence.

Leaving Trout Lake in the back of a pickup truck, Mt. Adams looked larger than ever and although this next stretch was only 66 miles — something I could of completed in 3 days — I was going to allow the trail to make my mileage decisions for me. A decision to be present and soak in all the beauty that lie ahead. A decision that made Goat Rocks Wilderness something I wanted to relive almost immediately. A decision that lead to me trying to encapsulate its beauty in this little blog post. So here it goes.

Through all the YouTube videos, blogs, and google searches Goat Rocks was THE wilderness I was most looking forward to walking through and “The Knife’s Edge” was a part of trail that I expected to be idyllic. The trail delivered.

Waking up at 6AM after a 27 mile day all snuggled in my quilt I opened my glazed eyes and started the morning routine of breaking down camp. Today was going to be magical; however, the hike up Cispus Pass started to leak in thoughts of reluctance and weakness. Once over, however, the mood changed in familiar Washington fashion and looking down over the pass I saw what can only be described as Rivendell — the land of the elves. Rather fitting because I had just been listening to the Lord of the Rings soundtrack to get my ass up and over the climb. The idea of getting to Old Snowy and The Knife’s Edge before high noon was now a fool’s dream as the trail made a different decision once we were in an otherworldly land surrounded by snowmelt waterfalls. 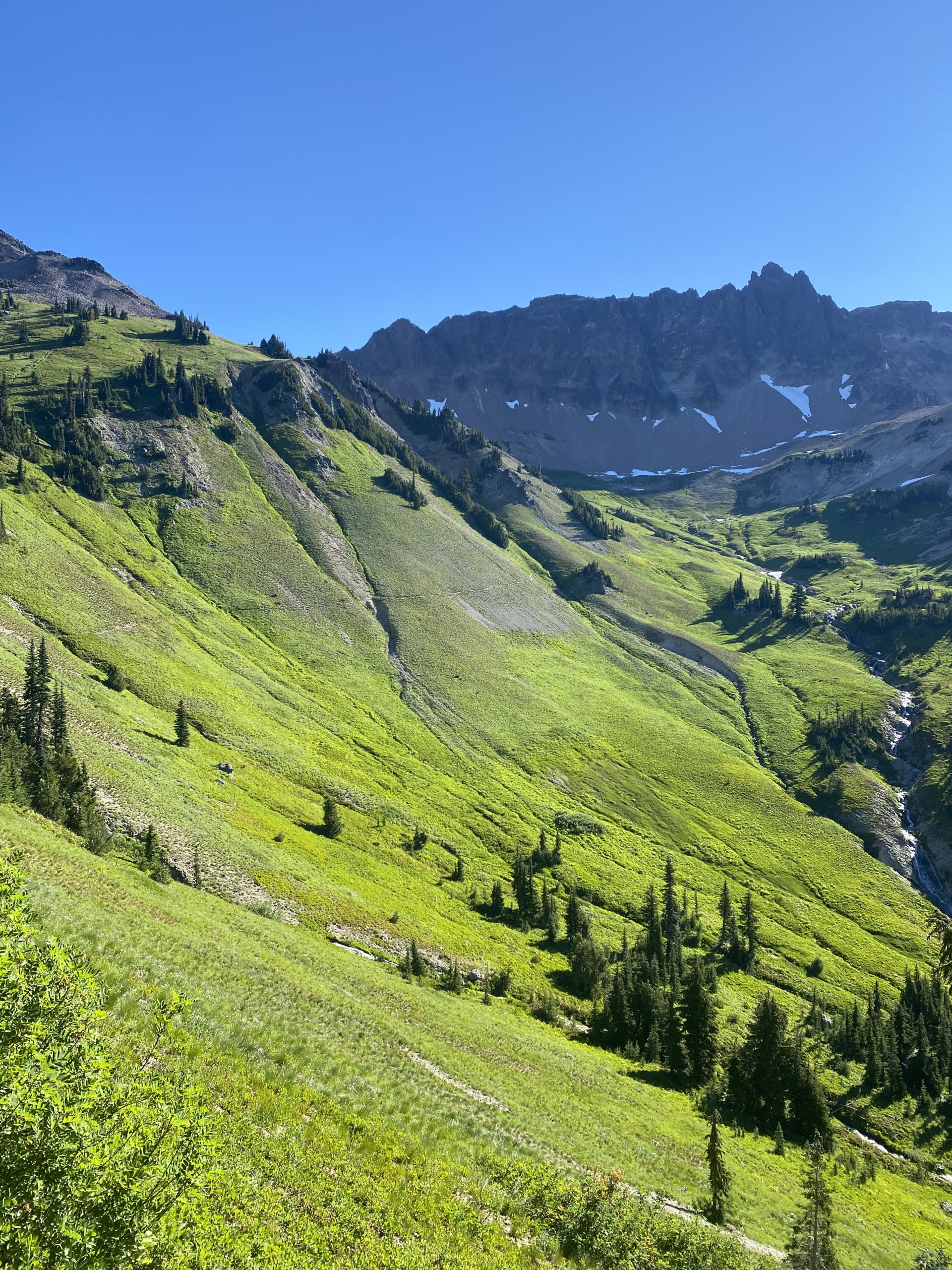 After taking what seemed to be unneeded breaks every mile to filter water from the crystal cold streams it was time to blue blaze once again, but not for a waterfall. This was to go along a higher route and peak the Old Snowy Summit for a 360° view of the Cascade Mountain Range and to borrow from my Australian friend: YOU WOULD HAVE TO BE SOME PURIST WANKER NOT TO TAKE THE OLD SNOWY ALTERNATE!

Leaning into what the trail was suggesting I relaxed at the summit, enjoyed a warm mocha (brought to you by Starbucks Via and Swiss Miss Hot Cocoa), then began my scramble down towards The Knife’s Edge. I looked back at the topography of these miles and I should remember the awful ups and downs the Edge contains, but all I remember is that with every step came surrounding views of snow littered mountains and the peaks Rainier, Adams, and St. Helens.

This day could of ended at White’s Pass— instead I listened to the trail and ended a magical day at a magical spot all to myself, watching the sun set on Rainier creating a psychedelic view of morphing hazy purples and deep reds.

I remained thankful for that day because the enlightened mood was about to change. It was clear that with this state, every up would have a down and Washington was about to rear its ugly head.