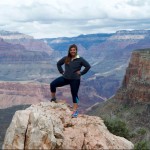 Today is April 20th, and as a Colorado girl I am, I had intentions of celebrating. But first I needed to get to the next water source. I was not trying to deal with cotton mouth on limited resources.

Brewhiker a trail angel and former through hiker dropped me and and a few other hikeres off at scissors  crossing around 7:30 and we started hiking.  It  was nothing but switch back, up a hill and down a hill passing cactus after cactus.

I’m managed to get to the water source 14 miles ahead just as I had finished my 3 liter blader. I was so proud! It was my longest day yet, and it was still early so i hiked one more,15 miles tottal and cowboy camped at mile 92 with a guy i had met on trail. We ended the day sleeping under the stars and a bowl to celebrate.

Dustin (the guy I camped with) and I woke up  really early the next morning. 3am early! He wanted to start befor it got to hot because he was hurting. He had a bad rash in a horrible place. I DID NOT SEE IT, but he told me there was blood. I tryed realy hard not to laugh at his pain but the way he was talking about it made it hard not to giggle.

The next water source was only 9 or so miles away and I made it befor 9 am. I also hiked my first 100 miles!!Dustin limped in a an hr or so later. I had been lounging, and did nor want to get up. More people came and went so I moved to a shady tree an napped. After all I had hiked 15 miles the day befor,I needed a brake. I cowboyed camp for the second time that night.

Got up early again and walked to Warner springs. On the way I passed a meadow, it was incredibly early so it was still dark and the stars were out. It was verry peaceful but I was also walking alone. Suddenly I heard noises and starts to freak me out. I’m using my cell phone as a flashlight because my headlamp had just died,and trekking poles in hand. I thought if were to be atacked by something I would be fucked. Im moving a littil faster now,and i flash my light a littil further ahead and i see bright red eyes! I almost peed myself, then I see that its a horse. Im laughing at myself the rest of the way.

The Sun is finally out and I’m in an area with our tons of boulders, if you’ve ever seen tremors its basically like that. This was also where egal rock was! It was so great to see it person! 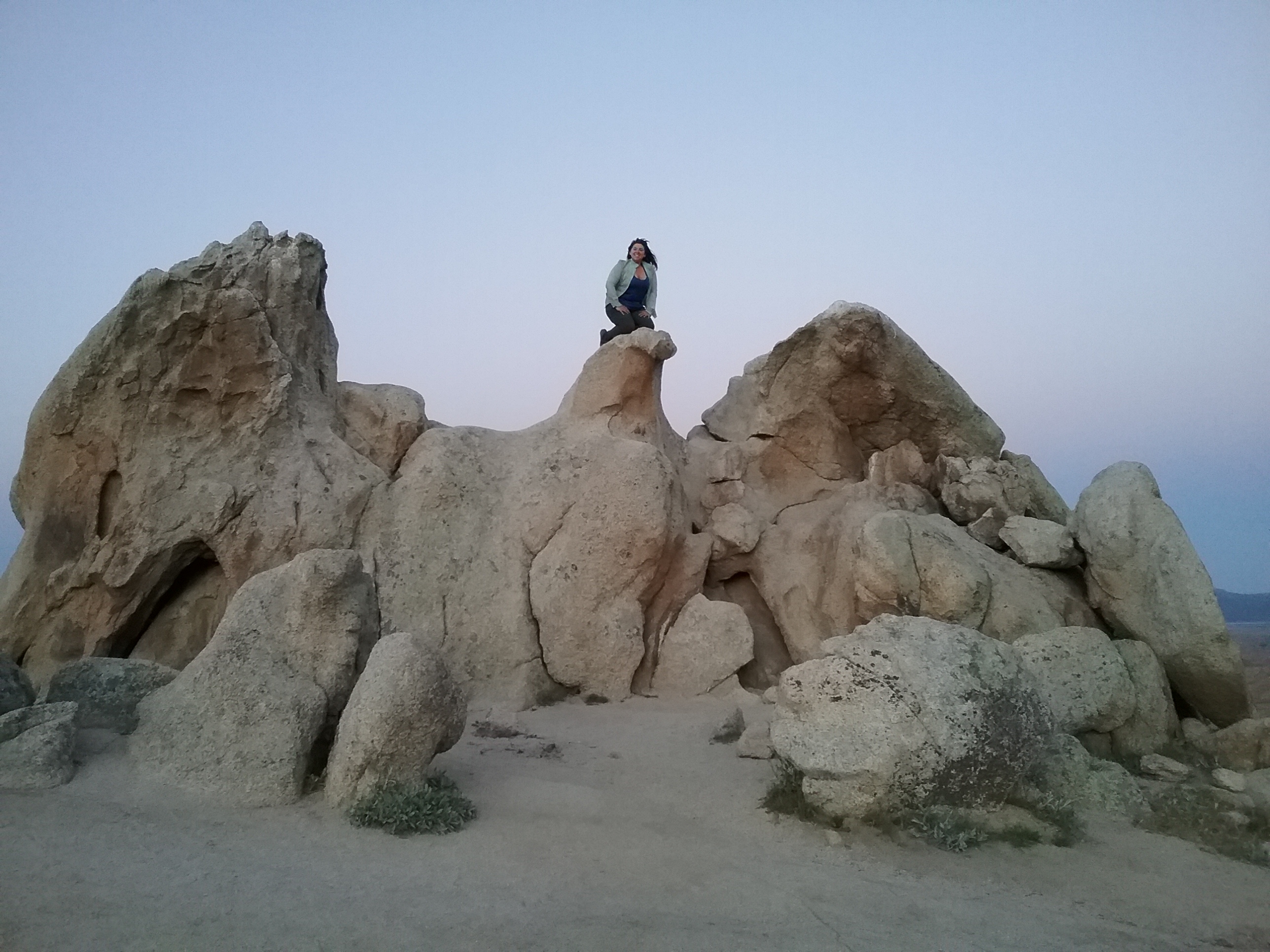 Warner Springs mile 107 is a lovely community center it host hikeres and provides bucket showeres and a place to camp. I got there droped off my bag and went to the post office to pick up my first package. It was such a chill morning.

I hung out at the community center almost all day so i didnt have to hike during the hottest part. As I was getting ready to leave this human walks up to me and starts a conversation.

At first I didnt think much of it but then he got crude. Told me he would give me free weed if i made out with him, started to talk about motorboting, asked me to stay in his tent. Ya! This guy was a fucking douch!

I managed  to walk away, hopefully brussing his ego a bit. But i was so pissed off!  For the next two miles i thought about what I could have said and done differently. I would never tolerate this in real life,  definitely won’t allow it in my hiking world.  I went to bed angry that night. Still put in 12 miles tho. 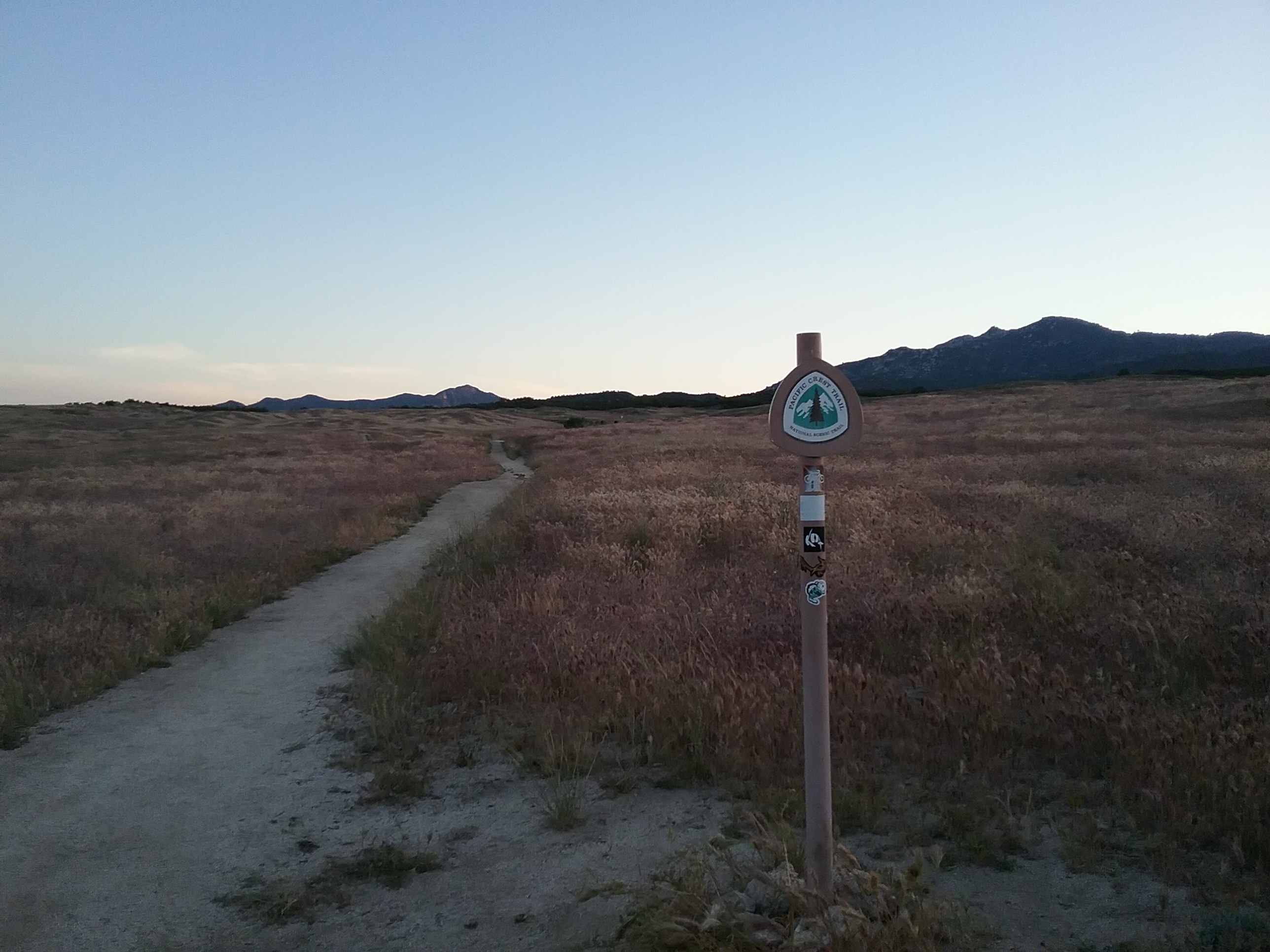 I woke up in a better mood. Hicking is the key to happiness. Its hard to be angry when your souronded by so much beauty. Also if you body hurts your not going to think about anything else. I put in 15 miles another big day! My feet had blisteres and my heels hurt with every step I took. On this day I walked all the way to mikes place. Mile 127.

Mikes place is a hickertrash party. I kicked ass in pocker, hung out with a very handsome kiwi, and i made pankakes for everyone the next morning.

Day 12: Adventuetrs with a joker

This morning i hiked out with jeff. He is a 56 year old man and he partys harder than most 20 year olds. Hes a hoot!

The next morning we had a book it to the paradise Cafe, because we  wanted to make it in on time for a burger. They close at 3 o’clock on Tuesdays.  It was worth it. It was here where we had a decide what to do becuse of the fier closure. Either  we took an extended rout or we hitched a ride into idlewild. Joker found us a ride and offerd to pay for a room. Decision made

Currently hanging out in front of the hotel room trying to decide when to start.

It may be time.

Hola amigos! My name is Maricruz Mosqueda. I was born in Zacatecas, Mexico but grew up in Colorado. This year I'm going to through-hike the Pacific Crest Trail! I'm hoping that my journey can inspire the Latinx community to participate in the outdoors more. I’ m mostly going to wing it, so I hope you enjoy my story.