What I Think About While I Thru-Hike 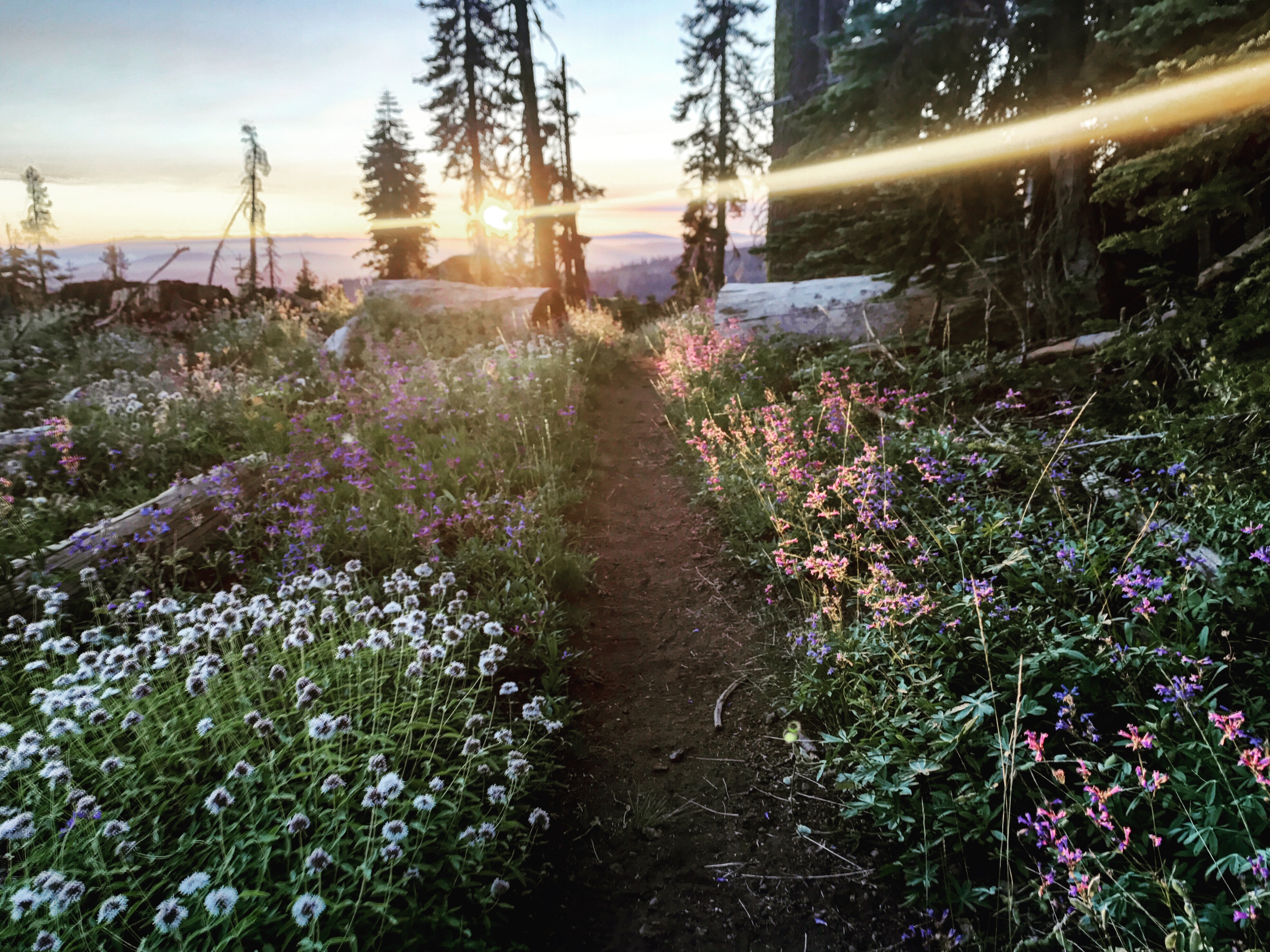 Let’s be honest: I’ve never been great at listing out exactly what has happened without flooding it with my thoughts and feelings. Chances are, you’re interested in the headspace of it, too, because here you are. What I think about while I thru-hike is far more than an article (or even book) can contain, but I figure a scatterbrained glimpse will be fun for you all. Before we start, though, on the off-hand chance that you do only want to know the facts, it goes something like this:

I’ve hiked 500 miles since my last post. We are 1,407 miles in and I have recently been averaging 30 miles daily and I feel strong but this is still a mental and physical challenge. I still eat entire containers of Pringles in one sitting and there’s no food that I haven’t put into a tortilla. I’m still filtering water and still wearing Chaco’s. If I kept at this with a daily log, it would look very much like “Groundhog Day”. The title would inarguably be called “Woodchuck Day” and the next thing we know, Bill Murray would be on the side of the road with beer and snacks, saying “your friends will never believe you”. Wouldn’t that be cool?

See, the thing about writing about hiking is that they are similar in that I am actively working on something I love and something I view to be a spiritual sort of healing. But they are two separate activities. There is a disconnect between what I saw in the Sierras and in Yosemite, and how I remember it and write about it. John Muir seems to have found a way to make it feel like heaven and a little less like an anxiety attack, so I’ll just point you in the direction of his books for now.

The views in these parks were breathtaking and I have never felt stronger, but the stress on my mind and body were at an all time high. I was in survival mode. In fact, I am pretty certain that my trek through the Sierras took years off my life; However, that’s immeasurable and I am certain my life wouldn’t be the same without this experience, so what’s it matter anyways? I am now safely in Northern California and can once again hike for hours without checking my map or worrying about my footing. I sometimes find myself on physical autopilot with the same adrenaline as I had in the Sierras, minus the fight-or-flight situation to focus it on. So instead, I become a walking stream of thoughts that are everything from my beliefs and deepest secrets to apathetic and silly daydreams like that Bill Murray trail angel one above.

I’m telling you this because along with what I eat and how often I resupply, what I think about while I hike is something that I’m frequently asked. The answers vary depending on how receptive these people seem, the environment we’re in, and how exhausted I am. Most of the time, the answer includes the mention of food cravings, mileage tracking, and motivating myself to get up the next climb or to the next water source. This is true in the case of, for example, the Sierras, when the only time I had to really reflect was at the end of the day when I wasn’t hiking. They are the thoughts I would equate with long distance running – the mind game stuff to keep the momentum. And while it’s true that those are probably the more consistent thoughts that come up, they’re recited mainly because they’re the easiest to recite. I’m speaking on behalf of thru-hikers.

On the other hand, I have personal thoughts that would just feel uncomfortable saying in the moment. Nobody wants to hear that while I hike up a mountain, I thought about how I was under anesthesia during 3 neurosurgeries and wondered if it was possible that one day the suppressed memories will come back and I will remember it vividly, since anesthesia is just a drug. Nobody wants to have to react to me thinking that maybe the best conspiracy theorist of them all is God and he is being mocked with what could just be a theory of earth and people and time and space. Or that it would be a good idea to write an open letter to Reese Witherspoon asking her to come out and do a section, or at least convince her that she should make and serve hikers lavender lemonade or some other adorable fancy beverage on trail. No one expects to hear that I’ve come up with this idea that balance is really just an optimistic way to justify everything that contradictory. And the list of streams of thoughts go on.

Clearly, that would all just be too much to throw at a stranger. Rude, even. But a big part of why I don’t say what I think about while I thru-hike is because it’s not what I’m thinking about when they ask. Actually, the only reason I remember it now is because I decided to write a blog post and went back into my notebook to read the random bullet points I had jotted down and thought it’d be fun to share them here. Perhaps I feel more comfortable now because it’s one-sided screen and I don’t have to stand in front of you, dirty and hyper-honest, watching you react.

My trail name is Woodchuck and will remain Woodchuck because it's tattooed on the bicep of a man in Damascus. I hiked the AT in 2016 (southbound), the PCT in 2017 (flip) and will be hiking southbound on the CDT this year. I'm a licensed hiking and camping guide in New York state, and spend most of my weekends taking people hiking and camping in the Catskills and Hudson Valley regions of New York. I have a Master's in Creative Arts Therapy Counseling, and I'm passionate about combining my training in art therapy with nature connection.