The trail caught fire again, but this time it was bigger. On our way out of White Pass, lightning struck yet again, and we were rerouted around the other side of Goat Rocks. We had no idea this was going on until we arrived at the Kracker Barrel and saw a ski slope full of firefighters and what must have been over 200 tents. The roads were limited to one lane, helicopters zoomed overhead, and the smoke suddenly got much, much thicker. And so did the hikers.

All of the hikers in the area seemed to converge at White Pass. We stared at our grubby phones, trying to figure out our options and to guess where the fire was heading. After a few hours of not really getting anywhere, we decided to head into Packwood and get milkshakes. It only took a few minutes of us standing on the roadside with our best forlorn, helpless hiker expressions, before the sweetest couple picked us up. They took our smelly packs and arranged them around a bucket of flowers in the trunk. We exchanged stories and were left, perfumed and holding homegrown tomatoes, in front of the grocery store.

Grocery stores are always difficult. They are filled with delicious, tempting food that doesn’t pack out well. We wandered around the store, confused by all of the options (“Does MIO sport have the same vitamins as regular MIO? Do all of these have caffeine? Which of these has electrolytes?”) and drawn toward ridiculous food we would never be able to take with us. Forcing ourselves to stay on track, we eventually finished our resupply with only a few absurd, perishable items. Those were for a lovely picnic that we set up for our SOBO friends in an unused lot. That’s when Mama G appeared.

Mama G is a local trail angel who arrived as a huge thunderhead of smoke erupted over the top of the mountain we had to climb. She started handing out maps and fire reports, worried we would all catch fire and roast out there. As the afternoon continued, she sought us out as each new report was published, making sure we were going to be OK. Thanks, Mama G! We made it through the reroute just fine. But before we could even attempt it, we had to get back to the trail. 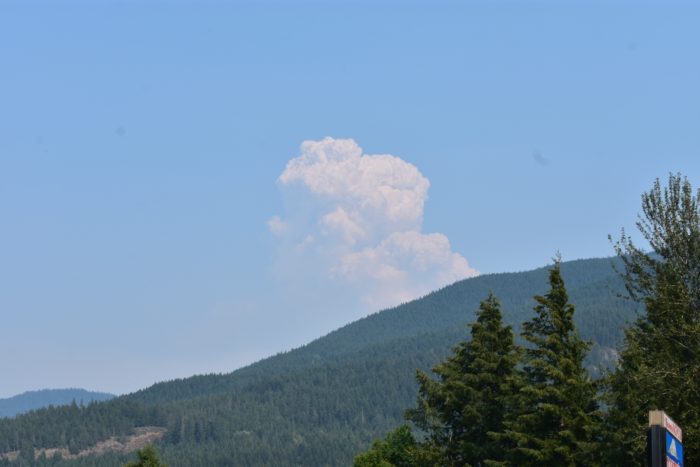 PB and I always seem to have the strangest experiences when hitchhiking. Dusk was falling as we walked a few miles up the road, unsuccessfully trying to get a ride, when we stopped so PB could water some plants. We didn’t want to stay in town because the fire would just keep spreading, plus, staying in town is expensive. So we kept walking, figuring we would have to hoof it the whole way back, when a strange man in a pickup truck pulled a screeching U-turn and offered me a ride. PB walked back out of the trees and we crammed into the little cab of the truck. That’s when he told us he had to make a stop on the way.

As it turns out, we were to go with him to the place where his wife worked so she could rub lotion on his new tattoo, which was his daughter’s name in gigantic letters across his back. After that, he sped along the twisting roads, his truck hopping sideways as we barreled around sharp turns at 60 mph. Ted told us how strange it was to watch his daughter hit puberty and how he was expanding the AA community throughout rural Washington. He spoke of strange times in the military, working on nuclear submarines, and blowing things up. Ted was quite the character. In the end, he dropped us off, a little shaken, but in one piece, and we got on the alternate.

The next day, we boogied on over (which means we slept in until midmorning and trudged) toward Goat Rocks Wilderness with helicopters with weird buoys trailing behind, roaring overhead. It felt like a war zone! Turns out the fire had spread and the alternate had been closed while we were on it. We started hiking faster—after all, we had promised Mama G we wouldn’t catch on fire.

We finally made it back onto the PCT and the anxiety levels dropped immediately. The smoke and heat haze distorted the sunlight, making it look like late afternoon all day. Time didn’t seem to pass. We crossed the Knife’s Edge and set up our tent in the early afternoon to take a siesta. The site was surrounded by beautiful vistas and blooming flowers. Our toes rebelled, kicking off our shoes to dig themselves into the green grass, while we drank from lava springs, searching for the ever-elusive, pole-eating goats, and not spotting the tricky creatures. We did spot plenty examples of the common day hiker, though. 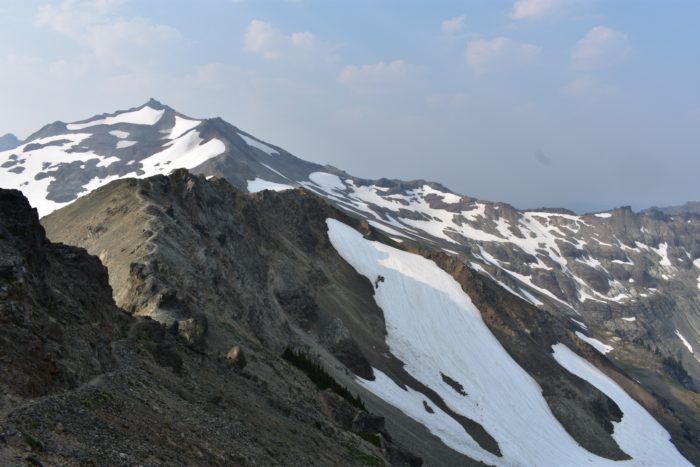 The common day hiker (Viator diem) is a social species known for their strong detergent/perfume-like fragrance, bright plumage, and odd, selfie-taking behavior. They are well-known for their strange comments, such as, “What’s that over there? Is that a tent?” “Why would someone put such a weird tent there? Are they dead inside it?” and “Are you hiking all the way? That’s so Wild of you!” What the heck? Is this what day hikers are like in the Goat Rocks Wilderness? Sometimes I think about making a flow-chart of common questions and answers that I could just hand out every time the questions begin. Most of the time, I enjoy talking to new people, because most have their own stories and some great questions. Other times, I want the flow-chart. It was time to head to Trail Days. Other thru-hikers would understand. 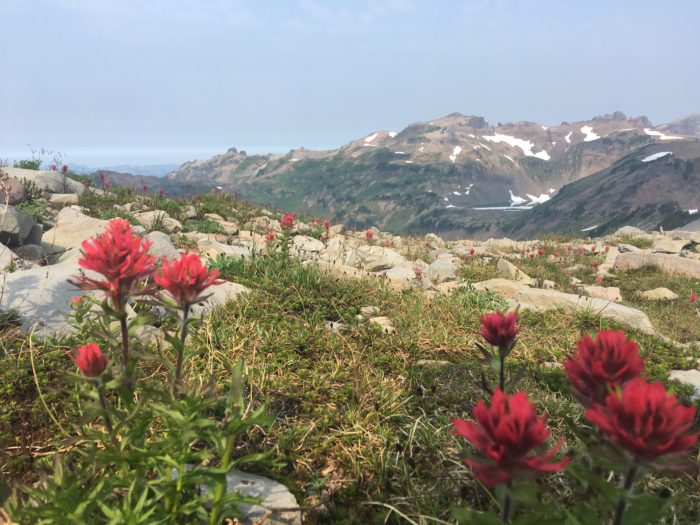