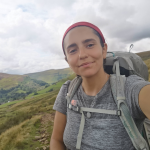 Here she goes with the blogging again. Except for this time, I’ve actually persuaded an awesome platform to let me write for them rather than self-publishing! For those of you who haven’t come here via my social media (hi, Mum and Dad), my name’s Sofia, no trail name yet. I will be attempting a northbound thru-hike of the Pacific Crest Trail starting in April.

Coming from the UK, I’ve had a lot of people question why on earth I would want to do something like this. Sure, some people have heard of the PCT, or vaguely know what I’m talking about when I mention the film Wild, but for most of my social circle, the choice to attempt walking 2,650 miles is one that seems to completely baffle them. So here’s a little insight into my “why.”

Ever since I was eight years old, I’ve spent two weeks of each year living outside. This was the age at which my dad started sending me to a two-week summer camp, here in the UK. From what I know about American summer camps, I think there are some similarities. But also, this was not luxury hut camping with running water and flushing toilets. This was two weeks of sleeping in tents in a remote field, spending every waking second in the great outdoors, and cooking over open fires.

These summer camps quickly became my two favourite weeks of every year. There was something about living communally with 40 to 60 other people, away from the distractions of our normal lives, that lit my soul on fire. On these camps, I was my happiest, silliest, most confident self. I was more me when I was living outdoors. 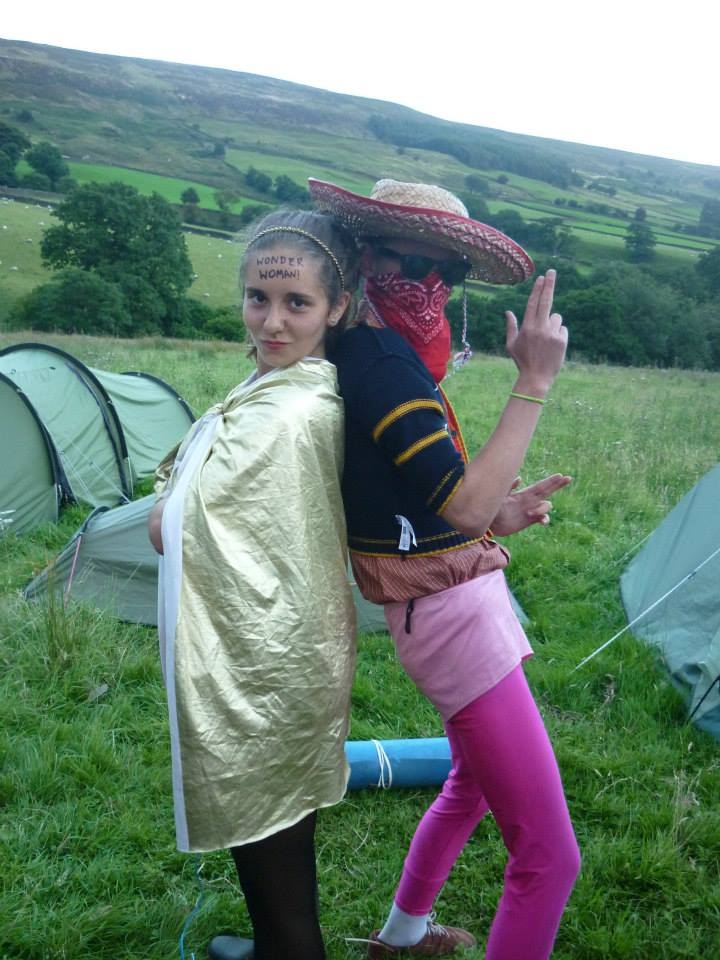 Me at 16, in my happiest state of living in a field and playing dress-up because why not.

It wasn’t all easy and carefree though. Some days, it would just rain: from when we crawled out of our tents in the morning until we retreated again at night, we would be greeted by grey skies and British downpours. We would spend all day playing in the rain and singing songs as loudly as possible to keep our spirits up, whilst trying and inevitably failing to keep ourselves dry. Through the hardest moments on these camps, I learnt that there is beauty in being tested; that the lows only make the highs feel more magical.

Every year when it came time to return home, I felt sad. I didn’t want to go back to the “real” world. I wanted more than anything to keep living like this, to keep being the person I became when I had no home but the outdoors.

Down the Thru-Hiking Rabbit Hole

Then, one random day in 2019, I stumbled into a specific corner of YouTube and discovered a group of people who were living this life: who were free but together, spending each day working towards one simple goal in the great outdoors.

I found the thru-hiking community.

I spent a whole day watching videos about the Pacific Crest Trail and learning everything I could. Then I spent two whole weeks unable to think about anything else.

I knew that this was something I needed to do, but I didn’t know when and didn’t really believe that I could. Luckily, I have a best friend who knew exactly where to start. I told her straight away about my new obsession and she responded by suggesting we do a hike together in the UK.

The next summer, after spending months in lockdown, we went for a hike. With my closest friend Martha, I walked the Offas Dyke path: a 177-mile trail along the border of England and Wales.

I loved it and I hated it. My bag was too heavy and my mindset was all wrong. On day nine, I spiraled into despair. After an hour of traipsing across sheep fields steeped in clouds and mulling on my unhappiness, I finally spoke the words out loud to Martha.

“This is shit. Why on earth are we doing this? We could be literally anywhere. We could have gone on a beach holiday.”

Martha responded wisely that I probably wouldn’t feel the same in a few hours. We kept going, and finally, unwilling to stealth camp in a damp field after a full day of rain, we started knocking on doors. By the second door we approached, we had found a friendly couple offering for us to sleep in their “summer house.” As we set up our sleeping mats, away from the rain at last, we were hysterically giddy. 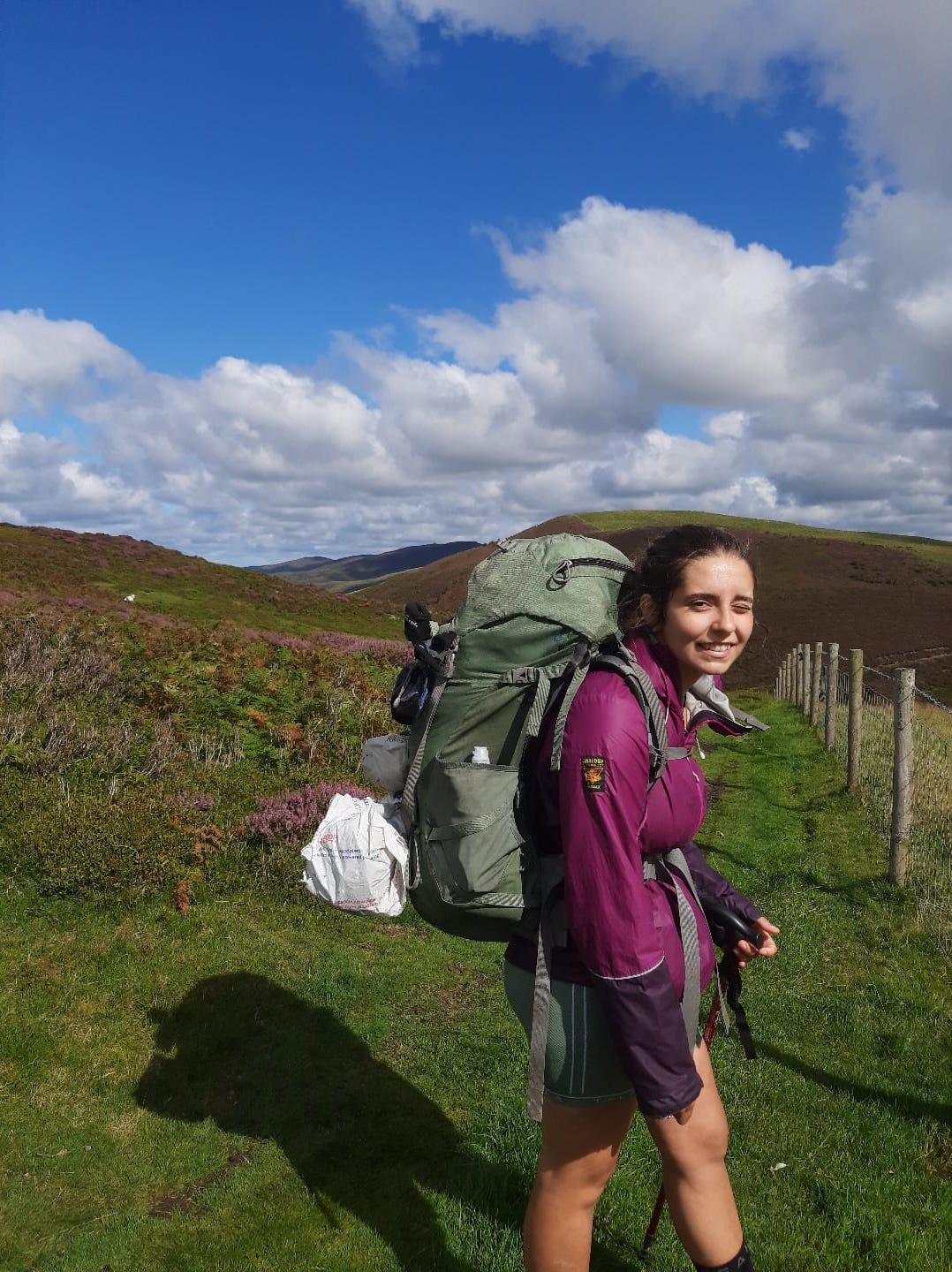 On my first thru-hike with my 15kg backpack and my mum’s walking stick?

The next summer, we upped the challenge and hiked the Pennine Way: 268 miles in 15 days. Having spent the time in between investing in lightweight gear and with a much better approach to the mental challenges, I reached the finish line in Scotland and knew I was ready.

I knew 2022 was going to be the year I attempted to walk the Pacific Crest Trail.

So, my “why” is hard to sum up in fewer words than this, because it’s not one solid reason: it’s a feeling.

All my life, I have been chasing experiences that make me feel alive and allow me to focus on the things that really matter. I’ve found that feeling through camping outdoors every year, traveling for months on end, living on a beach in Costa Rica, uprooting my life and moving to the other side of the world.

In 2019, I thought maybe I was finally growing out of this habit of chasing these experiences over a career or a stable place to call home, but then I discovered thru-hiking. So instead, I’m gonna chase that feeling all the way from Mexico to Canada. 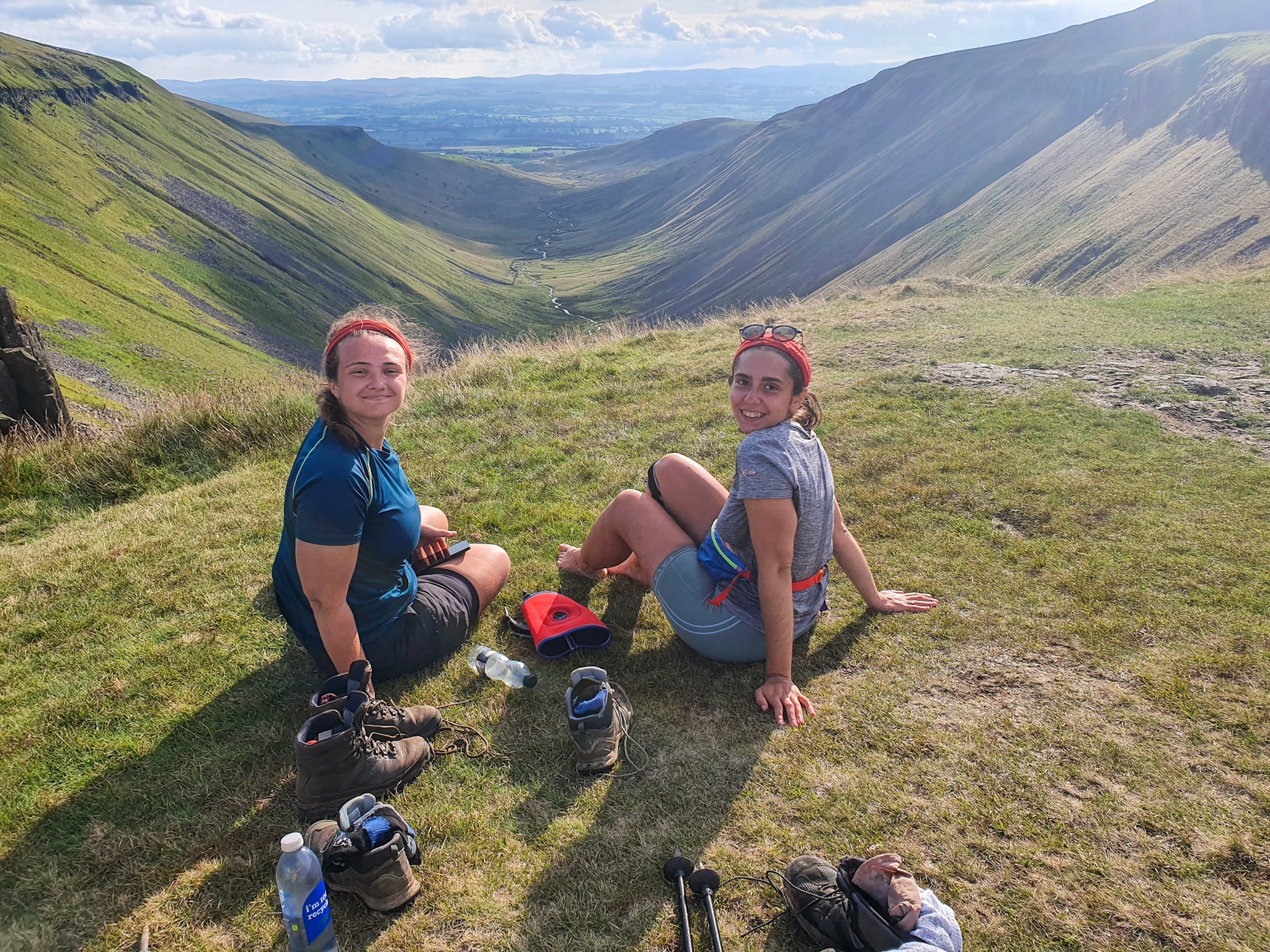 Overlooking High Cup Nick on the Pennine Way in 2021.