The trail from my final Washington campsite to Cascade Locks was downhill, and the first ten miles were smooth. Completing “10 before 10” was pretty easy, even though I stopped once for water and twice to chat with other hikers. My pace slowed a little after that, but I was still eager to reach civilization as soon as possible. The vehicle noise gradually increased as the PCT drew alongside Highway 14, and that meant I was getting close. The Bridge of the Gods was less than a mile away.

Standing across the highway from the sign at the entrance to the bridge was a bit surreal. I tried not to let the significance of the moment distract me from the business of safely crossing the road. After waiting patiently for a few minutes, I darted through a gap in the high-speed traffic and made my way onto the bridge. Apparently, its clearance above the river is 140 feet. As I looked down through the metal grate that forms the roadway, I would have guessed it was higher than that.

Although the day was heating up, it was still cold in the middle of the Columbia River Gorge. The strong wind blowing upriver caught my backpack like a sail, trying to push me left into the barrier while twisting me to the right. Every few minutes, the wind speed dropped significantly, momentarily, and without warning. It caught me by surprise each time, and I would stagger a couple of steps out into the road. Midday or not, I’m sure it looked like I’d been drinking. The drivers on the bridge wisely gave me plenty of room.

Walking down main street, it seemed like hikers outnumbered locals and tourists at least five to one. Everyone looked like they were enjoying the warm weather, and the entire place had a friendly atmosphere. It was too early to check in at the motel, so I stopped at the Columbia Market before sitting under the adjacent tree to eat my ice cream. I was soon joined by a pair of NOBOs: Lobo and Pacman. About to leave town, they were apparently trying to gather the momentum necessary to escape. We chatted for an hour or so until they finally made the decision to depart. I sat there a little longer before continuing to the Columbia Gorge Inn.

Like a tourist arriving from a distant time zone, this time I was careful not to take a nap. I kept myself busy until dinnertime, then walked back in the direction of the Thunder Island Brewing Co. At the entrance, I put on my mask in response to the “Face Coverings Required” sign and made my way upstairs. I was shown to a small table with a great view of the Bridge of the Gods. The food was excellent, but it’s the marionberry cider that really sticks in my memory.

Next morning, I was awake before most of the real world. Eventually, the gas station across the street opened for the day, and I bought breakfast. After that, I did my laundry, mailed my unused Microspikes home, resupplied, then went for a stroll around Thunder Island. It felt strange to walk just for the sake of it; wandering with no particular destination or timetable. On my way back to the motel, I stopped for an early dinner. Disclaimer: don’t rely on a long-distance hiker for a reliable restaurant review. (Anything that isn’t freeze-dried is certain to taste like the best food ever.) That said, I can definitely recommend Eastwind Drive-In’s fish and chips paired with a pineapple milkshake.

Back at the motel, I checked the PCTA website. As a result of the River Complex, Dixie and Caldor fires, over half of the PCT between Seiad Valley and Ebbetts Pass was closed. The trail between closures would probably be blanketed in smoke, so I decided to skip the entire section. It was disappointing, but a risk I’d accepted when deciding to hike SOBO. I told myself that it could be worse. The fire situation could always be worse.

As I left town via the Eagle Creek Trail, the weather was cool and overcast with a hint of rain. Ideal conditions for the inevitable uphill hike that follows almost every resupply. The favorable conditions didn’t last though. By mid-afternoon, it was cold, wet, and windy. Not far from the top of the climb, I met a NOBO racing downhill, almost running in his effort to keep warm. Soon afterwards, I stopped at the overgrown and abandoned Indian Springs Campground. In a remarkably short amount of time, I pitched my tent and bundled myself into my sleeping bag. As I tried to warm my icy fingers, it would have cheered me up to know that this would be the last time I’d experience rain in Oregon. 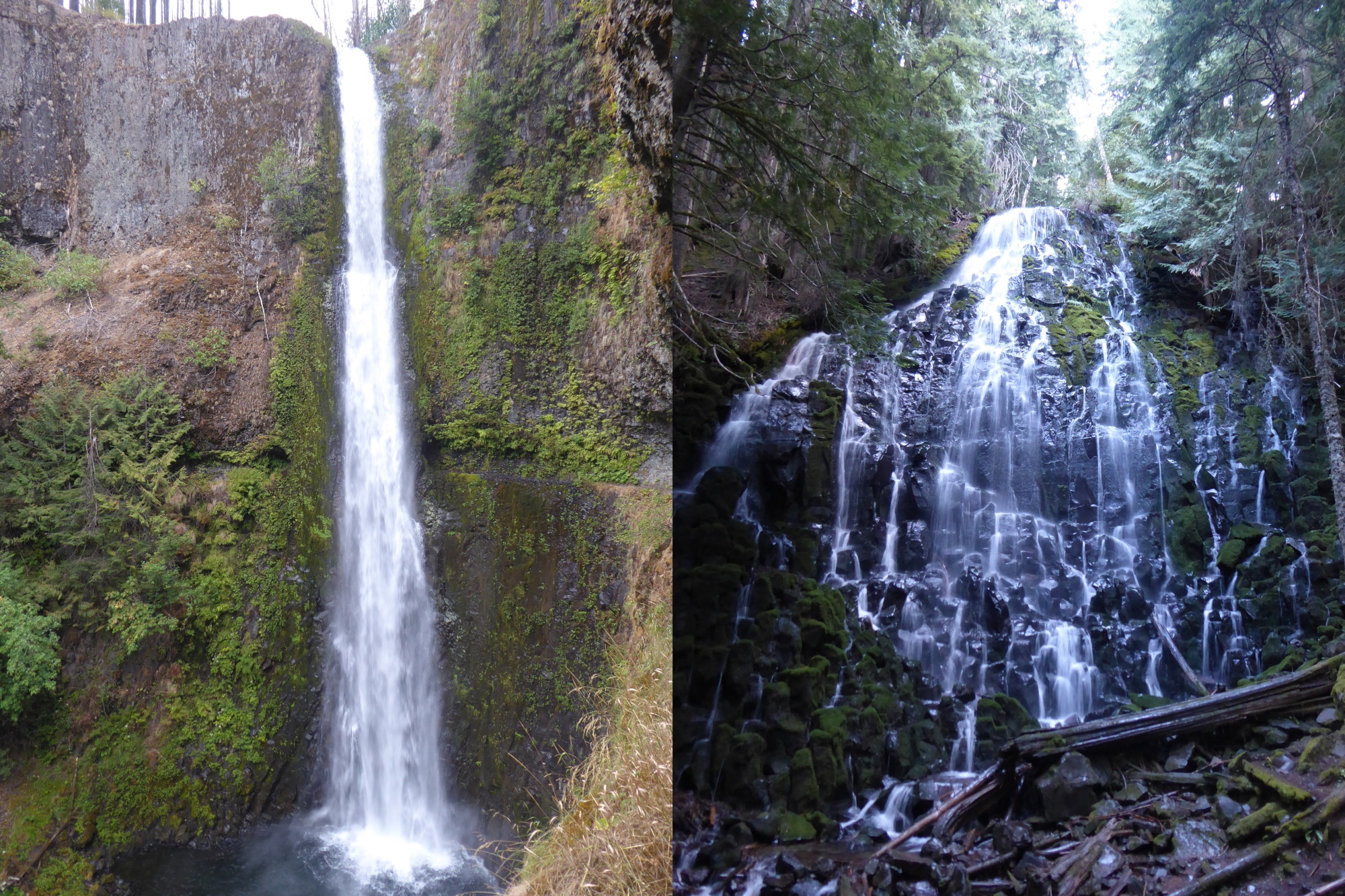 After a damp start the next day, the trail dried out quite quickly. The PCTA website had warned me to expect significant blowdown, but it really wasn’t that bad. Many of the fallen trees had been cleared from the trail, and I was able to make good progress towards Mount Hood. On two separate occasions, I met hikers who told me about the trail magic they’d received at Lolo Pass. Both times, their news prompted me to speed up slightly.

When I finally arrived at the trailhead, the trail magic was exactly what I’d pictured. There was plenty of food and drink, a large trail family, a few solo thru-hikers, and three very generous trail angels. My thanks to Suzy and Eric (“Sam’s Grandparents”) and Big Red (“of the Minnesota Hikings”) for their hospitality. Big Red offered to make a cocktail for anyone who wanted one, but I limited my intake to three beers. I still had five miles to go. However, I wasn’t in a hurry and ended up staying for three hours. It was one of my favorite days on trail, even if it did leave me with random cravings for Coors Light. 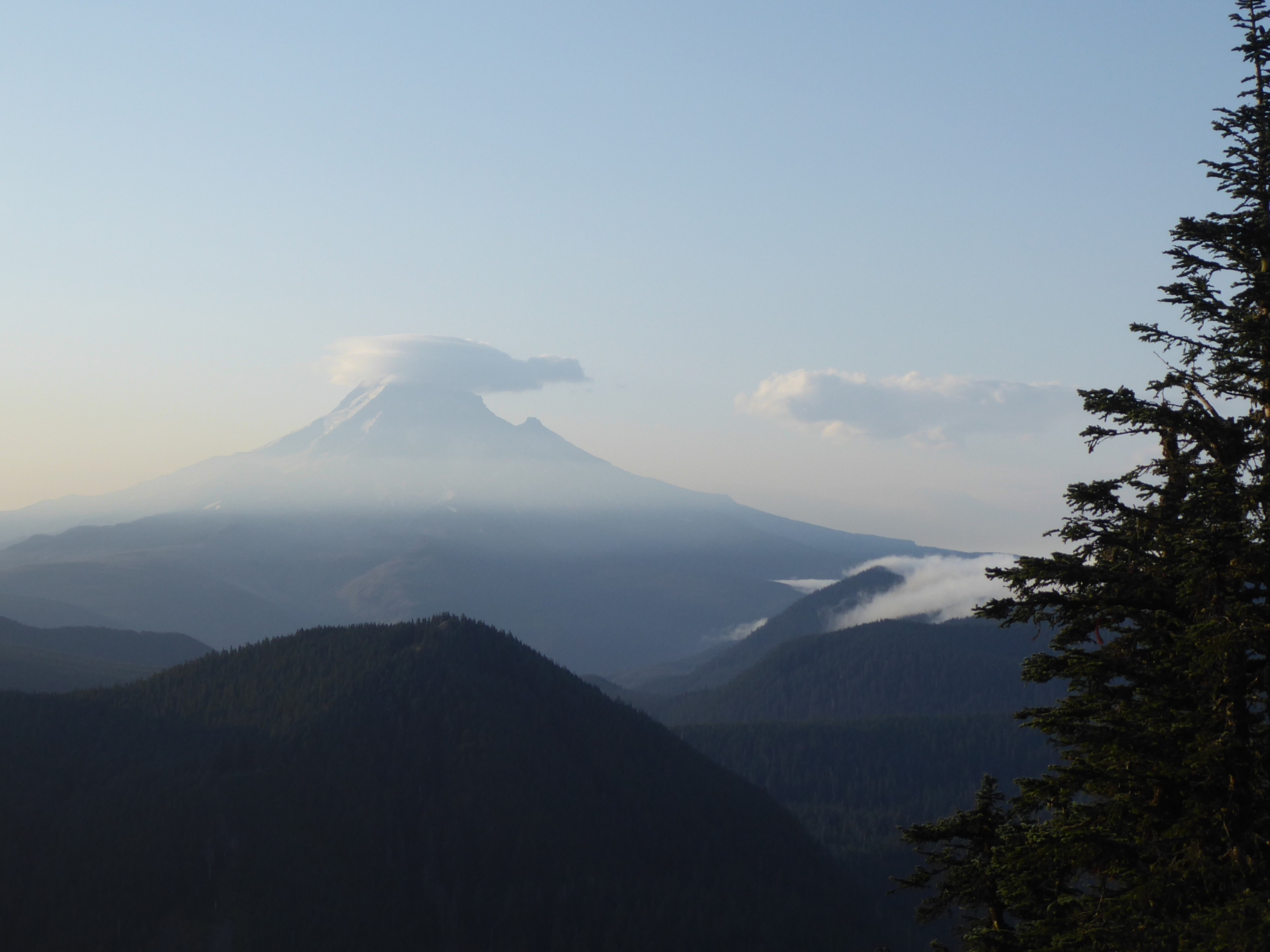 Mount Hood, drying out after rain.

After joining the Timberline Trail at Ramona Falls, I crossed the Sandy River and began to climb. As the trail leveled off, I caught up with a father and his two teenage sons. The dad stepped aside and instructed his boys to do the same. I thanked them and kept moving, but soon realized that the teenagers had abandoned their dad and were hot on my heels. The race was on! They had no problems keeping up with me during the mile-long traverse to Paradise Park. And I certainly wasn’t going to lose them on the half-mile descent to the Zigzag River. However, after that, it’s uphill for about two miles, and the teens soon dropped off the pace. By the time I reached the top of the switchbacks, they were nowhere in sight. Trail legs for the win!

And that was the day I came up with my trail name: “Low Range.” Apparently, I have the correct gear ratios for climbing, but not for speed. 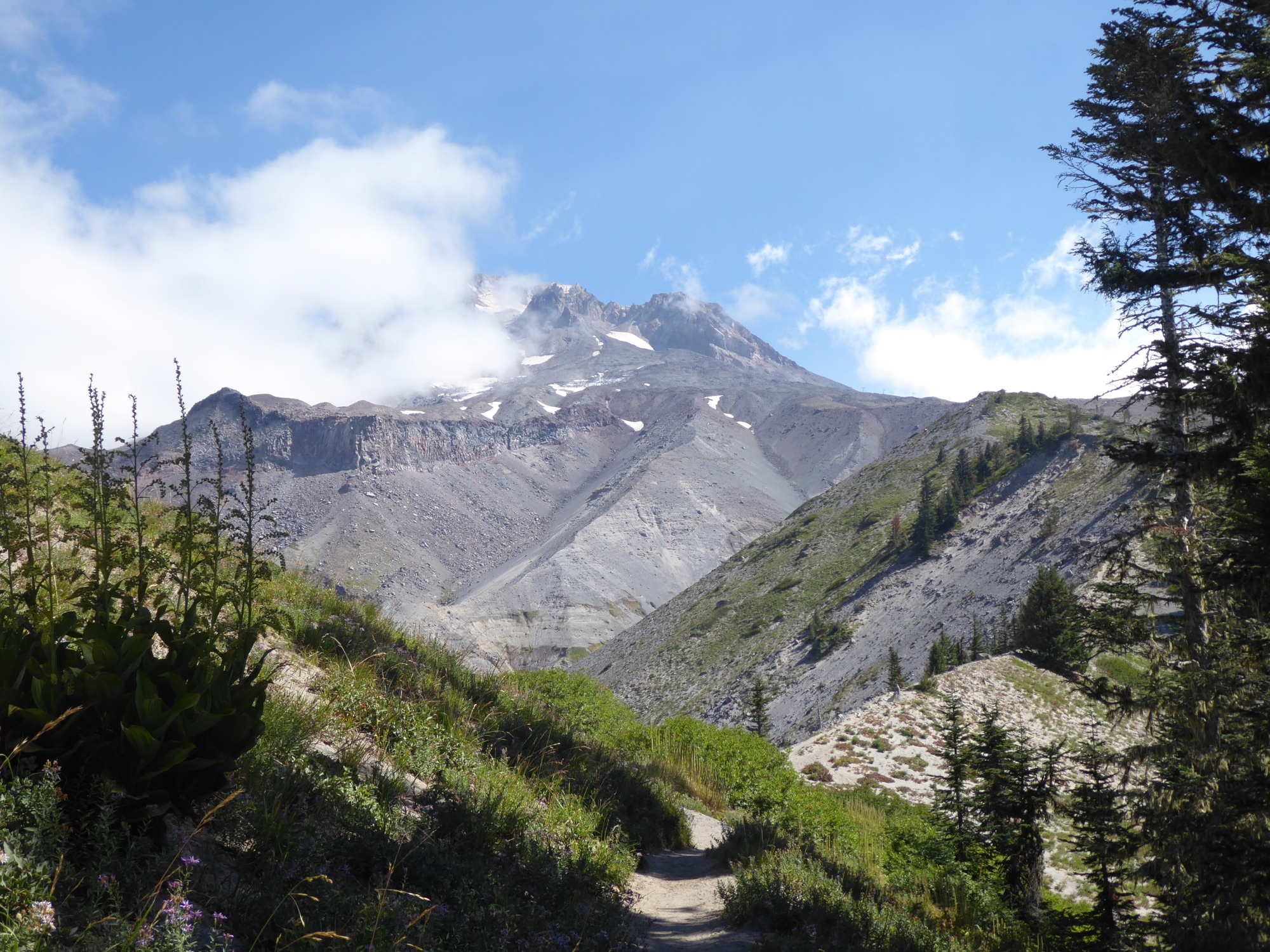 Mount Hood from the Timberline Trail.