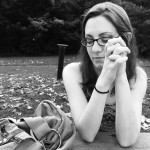 Preparing To Hike The Devil’s Path

I’m the kind of hiker that lets their summer plans unfold naturally. I don’t usually calendar out my bigger hiking trips. It’s so much more fun when adventure just naturally unfolds. This summer is a blank canvas, except for my hike through Devil’s Path.

Devil’s Path is a twenty-five mile hike through New York’s Catskill mountains. It is called the most dangerous hiking path in the Northeast due to its rapid series of elevation gains and descents as you traverse five of the Catskill high peaks. At times the trail takes you up rock faces that seem more suited to climbing than hiking. And in the desolate wilderness, only a single road crosses the remote path across the mountains.

A few months ago a plan began to come together between me and my two hiking buddies, Eli and Cody. As we plan our trip, I find myself getting more and more excited. So, I thought I would put that excitement to use and share some tips for taking on this crazy hike (or one like it).

The Devil’s path is considered to be most dangerous trail in the Northeast, even surpassing the some of the norther mountain ranges. The reason it’s so treacherous is because it consists of hitting the summit of five of the Catskill’s thirty-five high peaks, dropping straight down the deep notches in between each before regaining elevation. All told, there’s roughly 14,000 feet of ascent and descent over the course of the trip.

The first thing you should consider when you’re planning your trip along the Devil’s path is whether or not you’re going to tackle it as an epic day hike, or with an overnight at the midway point. Some people even break the hike into three sections, with two nights of camping along the way.

For a brief moment, I considered doing the whole passage in one day. It would be long, and grueling, but I figured that we were capable of conquering the monster without too much difficulty. As we talked about it more and more, we leaned toward doing it as an overnight. We decided we wanted to be able to enjoy the entire adventure, and while normally we are goal driven, we thought we’d give ourselves ample time to tackle this beast.

Choosing to tackle this hike in one day would require an early start and a long day without any room for error. If you’re trying to give yourself the ultimate challenge in backpacking, that might be a feat for you. For those of you looking for a challenge, but still want room for error and to enjoy the hike, consider carrying the extra weight for the overnight. 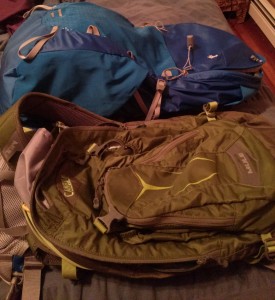 Every hiking trip starts with me packing and unpacking every bag I own.

The nice thing about a smaller backpacking trip is there is a little more freedom in what you can pack. You don’t need to carry enough food for four or five days on the trail, and you need fewer supplies. On larger trips, I bring out the big pack, but for this one I am settling for my mid size North Face 45 liter bag.

The difference in a trip like this and a larger thru hike is that you can have a defined set of hiking partners who you can split some of the supplies with. During a thru hike, your friends on the trail might come and go, but this trip is one where you’ll be together the whole way. Along the way there are lean-tos at Mink Hollow during the first part of the trail (rumor has it this place is haunted, and hikers often tell stories of mysterious lights in the night), and at Devil’s acre. About fifteen miles in. There is also Devil’s Tombstone campsite at the halfway point on the trail. If you’re going to bring a tent, consider whether or not you both need to add that weight to your packs or you can get away with just one of you bringing one while the other carries food or other supplies. (If you don’t feel up to having that conversation with your hiking buddy, just write a blog post that talks about how only one of you should carry a tent)

I am bringing two pairs of SmartWool socks, a spare pair of yoga pants (I am that person who hikes in yoga pants. It’s comfortable. What can I say?), an extra tank top and shirt for cooler evening temperatures. I have my Marmot shell and rain gear ready to go in case it’s wet. Since it’s only two days, I am bringing my standard first aid kit with some extras, like Benadryl, tape for my feet, and tons of bug spray. Nothing ruins a hike for me faster than friction injuries, wet socks, and unending itching.

The shortness of the trip means you can get away with packing the bare essentials when it comes to food. For a moment there was talk of forgoing a stove, but if nothing else, the two of us tackling the trail need coffee to survive. Hot coffee.

The bulkiest thing in my pack will be my ultralight trail runners, and a pair of camp shoes. My intention is to do most of the hike barefoot, but always have my shoes with me for stretches of broken glass, snake dens, and excessive leaf cover.

The trail begins on Platte Clove Road – one of the scariest roads anyone will ever drive. It’s closed all winter because it turns into a snow-covered ice shoot. The eastern half of the trail is the most treacherous, but it brings daring hikers up and over Indian Head, Twin, Sugarloaf, and Plataau mountains before heading to the halfway point at the Devil’s Tombstone. The western half of the trail has fewer ups and downs, because it is dominated by the monstrous West Kill mountain with its height of 3,880 feet. Luckily, the mountains that come before it get increasingly taller, so by the time you hit West Kill, you’re ready for the tallest point. Or to go home and sleep for a week, whichever.

There is a spring off of the first part of the trail, and water at the midway point – supposedly. With dry weather and changing conditions, I am bringing enough water to at least get to the halfway point at the Devil’s Campground, where there is supposedly a spigot. A water filter is a must for this trip, because carrying enough water for two days seems, at best, extra weight to be lugging up and down thousands of feet of vertical incline.

Fun side note: For those of you who are wondering why a mountain might be named West Kill – as though a trail named for the Devil wasn’t ominous enough, “kill” has its roots in the Dutch word, “kille”, which means “body of water”. With the area having been settled by the Dutch, you can’t go far in the Hudson Valley without seeing that influence.

To get really nerdy on you guys early in the morning, the path is named The Devil’s Path because the route over the mountains is so rocky and craggy that it was believed only the Devil could climb it, when he wasn’t feeling particularly social. Most of us that escape to the mountains can probably relate to that.

What About The Map?

For this trek, I’ll be using the New York – New Jersey Trail Conference Map of the Catskills. The Trail Conference does a great job with its maps, and trail markings. They sell both a map and a book on Catskill hiking, and either is worth the money if you’re going to be regularly in the area, or are looking for a big weekend trip like this.

Along with that, I plan on printing a few of the trail guides written by local hikers in the Hudson Valley. I am a sucker for having something to read that gives me an idea of what is forthcoming, especially when it comes to rock chutes and scrambles that might leave another hiker standing there wondering where the hell they departed the trail. 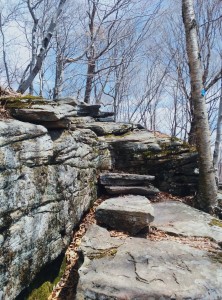 The Catskills are littered with rocks to scale, but this one is nothing compared to the Devil’s Path

As the time of the trip gets closer, I am sure I will iron out food supplies and probably change my pack at least once. I am a notorious repacker in the days before hitting the trail, and this is proving to be no exception.

If you’re looking for the most challenge you can pack into a weekend, The Devil’s Path is where you want to be. And after you successfully complete the journey, you’ll get to brag to all your friends about hiking a path so dangerous only the Devil did it regularly.

19 Must-Have Gear Items According to 2021 Thru-Hikers

Backpacker Radio 109 | The Real Hiking Viking on The Hayduke

Heather is a barefoot hiker and lover of the outdoors. She lives in the beautiful Hudson Valley, and works as a professional ghostwriter. She’s a not-so-dirty hippy and a damn vegetarian with strong philosophical beliefs when it comes to umbrellas, romance, and shoes. She loves wine, cheese, and tiny mountain towns where no one knows her name. One day, she'll hike the entire AT. One day. Follow her adventures at TheBarefootHiker.com