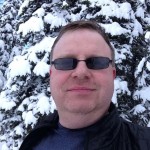 While section D of the Great Divide Trail (GDT) is the shortest, it is also often called the most difficult part of the route. For the most part you’ll be on unofficial and unmaintained trail. Blowdowns, overgrown trail and washouts can be common. Crossings are largely unbridged, so be prepared to ford rivers and streams. Some hikers have mentioned not encountering another person while hiking this part of the trail. Starting at the hamlet of Field in Yoho National Park, section D finishes up at a major highway junction and resort at Saskatchewan Crossing on the Icefields Parkway (highway 93).

Field started out as a major switching point for the Canadian Pacific Railway. Prior to the construction of the spiral tunnels in 1909, the 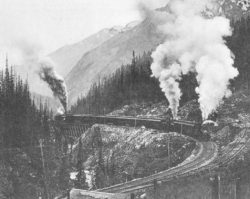 descent from Kicking Horse Pass was the location of the “Big Hill”. This extremely steep section of track required large steam locomotives to be added to trains to help them up the grade. Field became the center of these switching operations, but today (with a population of less than 200) it’s mainly a place for tourists, hikers, and campers.

From Field, the main GDT follows the Amiskwi Valley towards Amiskwi Pass. While the first part of this trail is maintained, if fairly quickly falls into disuse. You’ll have to ford the river 3 times as you make your way up the valley. Random camping is permitted once you’re 4 km away from the trailhead, however a random camping permit is still required from Parks Canada. 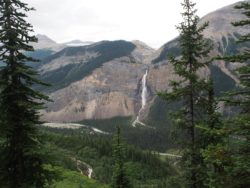 An alternate route takes you past Emerald Lake, Yoho Lake and onto the Iceline Trail. I hiked this trail several years back, and the views of Takakaw Falls and Waputik Icefield across the valley are incredible. This is a well maintained and popular trail, with campgrounds and an Alpine Club of Canada cabin located at Little Yoho. After the campground however, you’ll need to routefind across Kiwetinok Pass and down to the main GDT in the Amiskwi Valley. It is this portion that prevents it from being designated the official GDT.

Over the pass you’ll enter the Blaeberry River valley in  British Columbia. Leaving behind Yoho National Park, this will be the first time you’ll have been outside of a park since Elk Lakes Provincial Park on Section B. Much of the trail on this side of the divide is along on forestry roads until you start on the David Thompson Heritage Trail. Named after the consummate explorer, David Thompson hiked over 56,000 miles (90,000km) during the early 19th century, mapping over 1.9 million square miles (4.9 million square km) of North America. He was the first European to navigate the entirety of the Columbia River. He has been called the “greatest land geographer who ever lived”. Much of the road walking can be bypassed by taking a new shortcut along Collie Creek, it does however require two potentially dangerous fords so be open to adjusting your route. The trail can also be exited here down the Blaeberry River road to the TransCanada Highway near the town of Golden.

Back to the Blaeberry, you’ll climb to the seldom used Howse Pass where the trail heads back into Banff National Park. Today the GDT mainly follows the Howse River floodplain as the former trail is choked with hundreds of blowdowns. Prepare for wet feet on this part of the trail. After the junction with the Glacier Lake trail, you’ll either head towards Saskatchewan Crossing by following the trail to the Icefields Parkway (Highway 93) or the Glacier Lake Trail.

Next Up, Section E