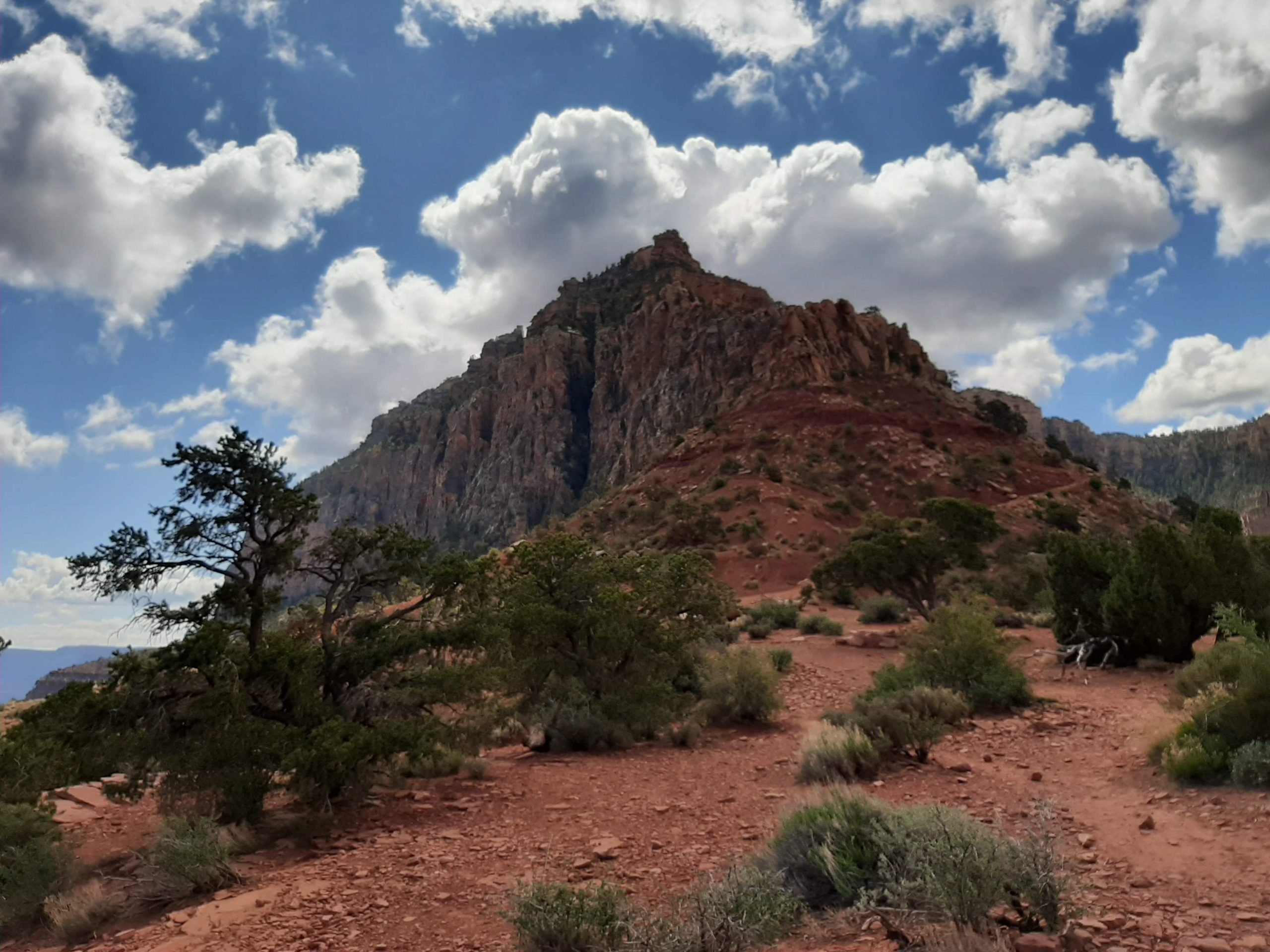 One of the most iconic sections of the AZT takes you through the inner gorge of the Grand Canyon. I can’t wait to tell you about my rim to rim experience. (Photos by me unless otherwise noted)

Who is this and what are you doing?

My name’s Abigail, and I’m hoping to tell you about my experience section hiking the Arizona Trail (AZT). I’m trying to make it as a local journalist, but I’m pretty outdoorsy too. I moved to Arizona from the midwest last summer and pretty soon after discovered the state has a long trail–and that it runs near where I live. I’ve wanted to do a thru-hike for a long time now and this seemed like both a great starting point and a way to better get to know my new state. I mean, it’s right there. Don’t think it gets more accessible than that.

So in January of 2020, I started planning a thru-hike of the AZT, with the hope to set out in mid-October. You can probably guess what happened next.

As the year progressed, I avoided thinking about my plans, hoping there would be some way to make things work. When it finally became impossible to ignore, I came up with a half-measure that of course won’t be the same, but will hopefully be enough to keep me going until things open up again. Basically, I’m going to be sectioning the trail on my days off work and writing little overviews on each passage. 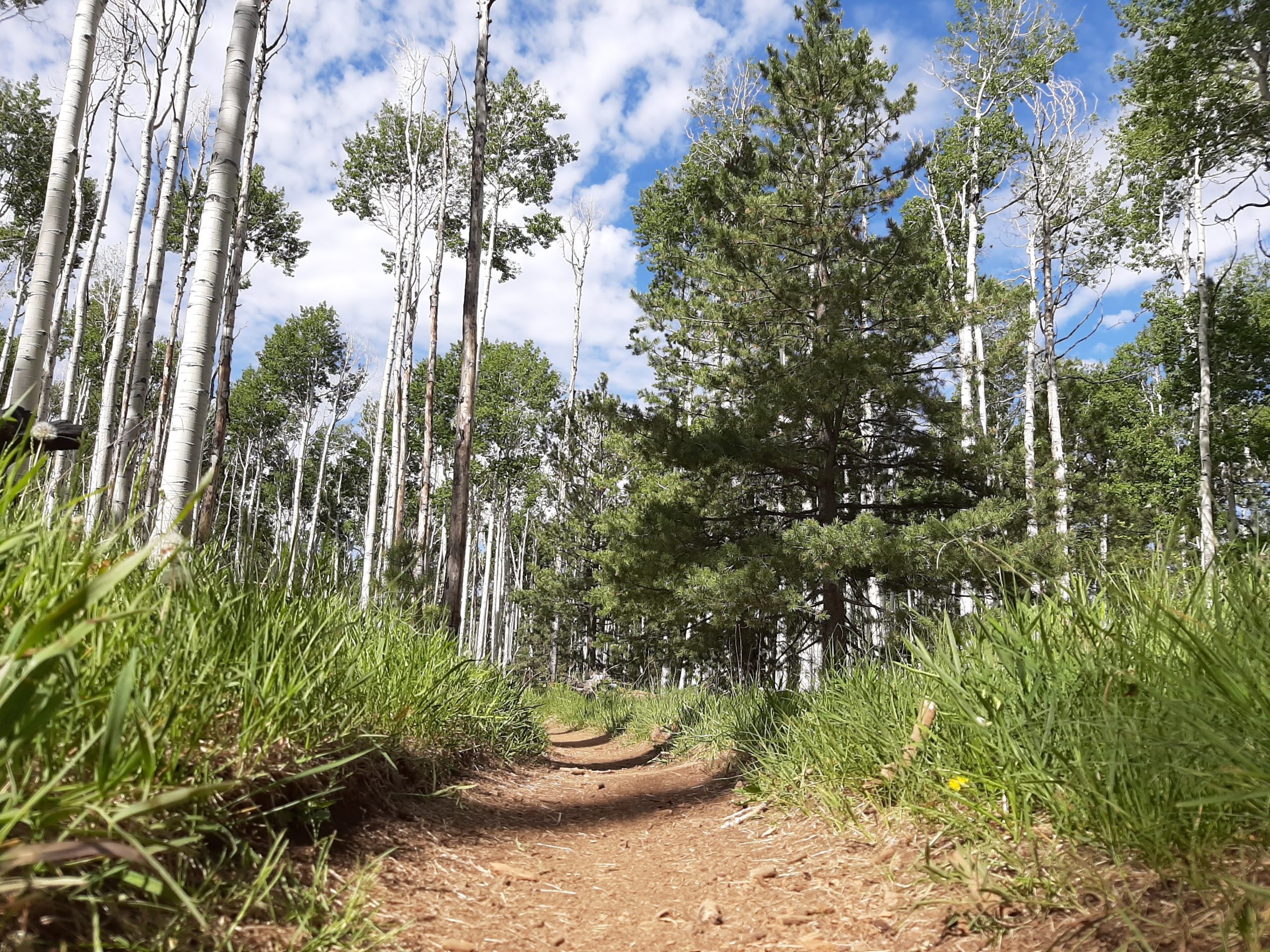 A stretch of aspen grove in Coconino National Forest just north of Flagstaff.

Tell me more about the Arizona Trail

The AZT is roughly 800 miles long (not too much as long trails go, but certainly not nothing either) and crosses Arizona from north to south or vice versa. To be more specific, one end’s at the Mexico border near Sierra Vista and Sonoita and the other touches Utah by Kanab.

The trail’s relatively new, established in the late 1980s and completed in 2011. Grade school teacher Dale Shewalter had the idea for a cross-state long trail after moving to Tucson in the 1970s and spent the next few decades helping it become reality. The first segment of the trail, from the Grand Canyon’s north rim toward Utah, was dedicated in 1988. The trail has since expanded to cross the entire state. Since 1994, the Arizona Trail Association (ATA) has been stewarding the trail, organizing maintenance and management efforts. (Much of this information came from the ATA’s website. You can learn more here).

Because it’s in Arizona, the trail goes through all sorts of elevations, landscapes, and ecosystems. It crosses four of the six national forests in the state and two national parks. The speed at which you can move between vastly different environments is one of my favorite things about the state, and what I’ve seen of the AZT so far suggests it showcases that diversity.

You know it. I’ll get into the details in a later post, but I’m doing my best to stay as safe as possible during this hike. It’s the main reason I’ve switched to sectioning– my hiking method at the moment is to get going and away from people as quickly as possible. Starting with the northern section in fall/winter helps reduce the number of people I’m in contact with on the trail. I’ve also added a mask to my list of pocket supplies, and more than doubled my stash of hand sanitizer.

If you’re thinking of heading out yourself, the ATA has a pretty extensive set of resources on best practices. 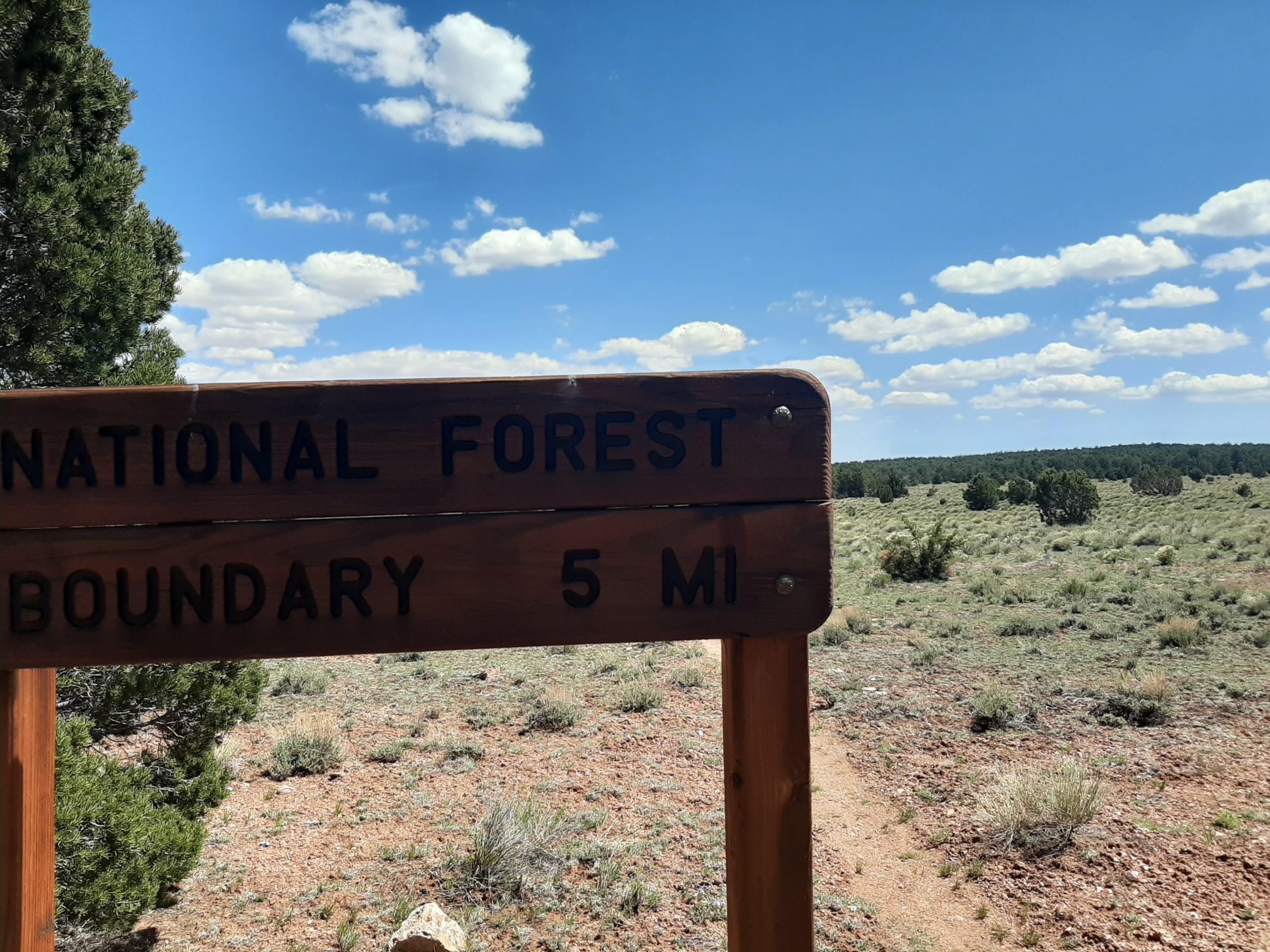 What, exactly, are you going to be writing about?

This project is going to be about my (hopefully preliminary) exploration of the AZT. My goal is to learn more about this trail as I’m working my way through it, and to share a little of that experience. I haven’t lived in Arizona too long yet, but I already love it so much. I want to be able to pass that along, and hopefully give enough info that people are as excited about the trail as I am.

I guess I’m hoping this can be a resource to people who are thinking about a hike of their own.

The format’s going to be similar to a trail profile, but much more granular, going passage by passage rather than overviewing the whole thing. There will probably also be some more personal notes about how hiking each section went, especially as I head into more unfamiliar territory.  I’ll be using the ATA’s passage numbering system to avoid confusion. There are 43 sections in total, starting at the southern end of the state.  I happen to live closer to the north, so numbers will start high and go down. I’ll be updating this every other week while we get into the flow of things.

Anything else I should know?

I promise I’m almost done, but I want to cover a few last details before getting started. First, the ATA’s website has been so helpful in making plans for this. I highly recommend going to visit their site, if only for the maps. If you prefer paper, there’s also a guidebook available from Wilderness Press.

I started this project after the North Rim closed for the season, so the plan is to head back up in the spring or summer to finish out the hike (this is why the posts start in the high 30s rather than with Passage 43). I’ve got a long way to go till then, but personally, I like knowing where things are headed. My plan is to post biweekly starting in January (2021!), but the first section should be up soon to give you a better idea of the project.

Oh, also—I’m really into plants, so that might come up every once in a while.

All right, I think that’s it for now. Let’s get started on the Arizona Trail!