The act provides full and permanent funding for the Land and Water Conservation Fund (LWCF), as well as creating a Restoration Fund for deferred maintenance of all jurisdictions. If this bill is signed into law, it means billions of dollars will be available for public land projects ranging from conservation work to building and infrastructure updates. The Appalachian Trail Conservancy estimates that there are between $20 and $60 million in deferred maintenance needs… just along the Appalachian Trail.

Complete funding for the Land and Water Conservation Fund is $900 million per year, effectively doubling available funds from 2019.  The Restoration Fund would provide $9.5 billion over a five-year span, splitting the funds between national parks and national forests.

The House is expected to approve the bill, and President Trump has said he will sign it.

The Land and Water Conservation fund comes from royalties the federal government collects from oil and gas leases. These are put into a big pot of money that can be used to buy private land and make it public, or build public recreation resources like trails and community centers. Incomplete sections of long-distance trails can be attributed to a lack of public lands in the area, with no funds to purchase the space for public corridors.

The idea for the LWCF was initially introduced by President John F. Kennedy and later signed into law by President Lyndon B. Johnson in 1964 as “a sound financial investment” to actualize the “true potential of parks, forests and wildlife refuges.”

When he signed LWCF into law, Johnson said, “The land and water conservation bill assures our growing population that we will begin, as of this day, to acquire on a pay-as-you-go basis the outdoor recreation lands that tomorrow’s Americans will require.”

A few years after the LWCF was formalized, Johnson also signed the National Trails System Act and designated the AT and the Pacific Crest Trail (PCT) as America’s first national scenic trails. Doing so cemented LWCF funding to contribute to land acquisition and protection for the AT over the next 50-plus years.

The fund provides critical funding to federal, state, and local agencies for the acquisition of important lands, waterways, and wetlands. The ATC  states that there are two main goals of the fund: 1) to provide recreation on public lands, and 2) to protect nationally significant natural, cultural and historic resources. Via 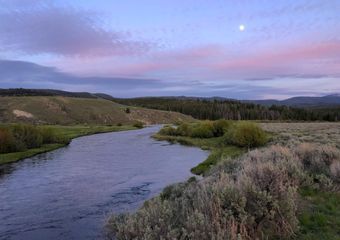 The Great American Outdoors Act is up for a Vote in CongressIn case 2020 wasn’t full of enough surprises, there’s one you may have missed that could be a boon for the trails we love. Back in March, President Trump suddenly reversed his longstanding opposition to funding the Land and Water…Read More 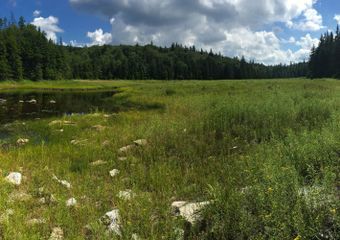