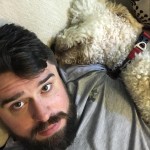 Day four started with high spirits and sore feet. The weather was still causing problems; sporadic rain had turned the trail into a swampy mess. Walking one mile felt like walking four, our legs were sore, and the mud caused our pace to slow even further. We spent more time walking along the side of the trail than on the actual trail.

Day four was shaping up to be one of the most challenging yet. We were confused by our map, it showed the trail going in one direction (north of the lake), and the trail signs had us going south (along with the coastline of the lake), that added six to seven extra miles.

We followed the trail markers south; we found out later the blazes had been moved after the 2017 map had been printed, and the map was now out of date for this section of the trail. 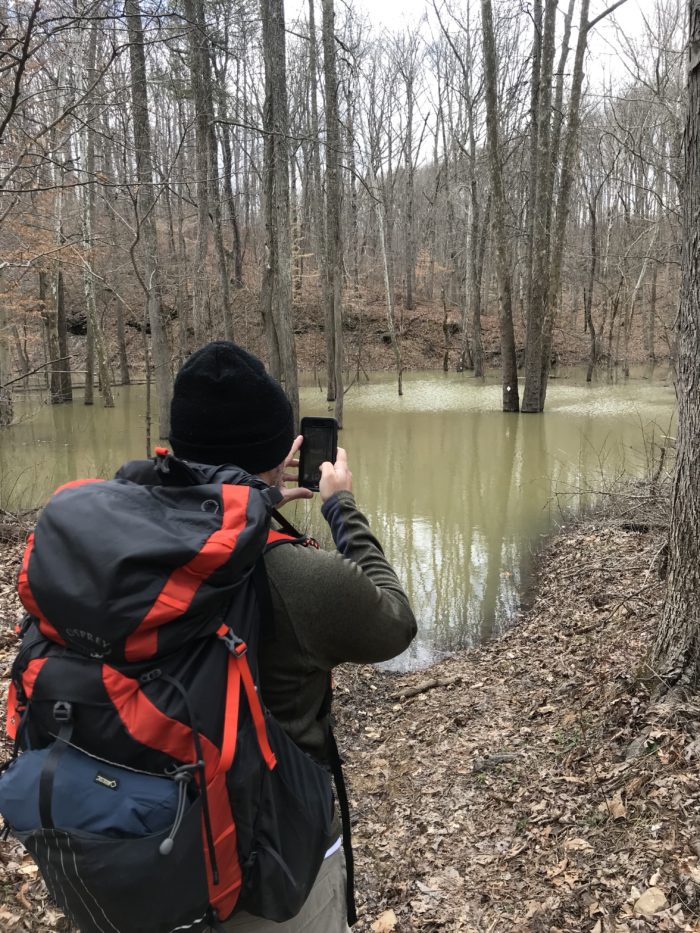 We found a forest service road that should connect us to the trail a little farther down from Cave Run Lake. After several discussions about where we were, and whether we where lost, the forest service road became our latest obstacle. A large section of the road was missing, washed out, a gaping void in the way. We had to hike down one side and around it to the other side of the road, hoping we were heading in the right direction. 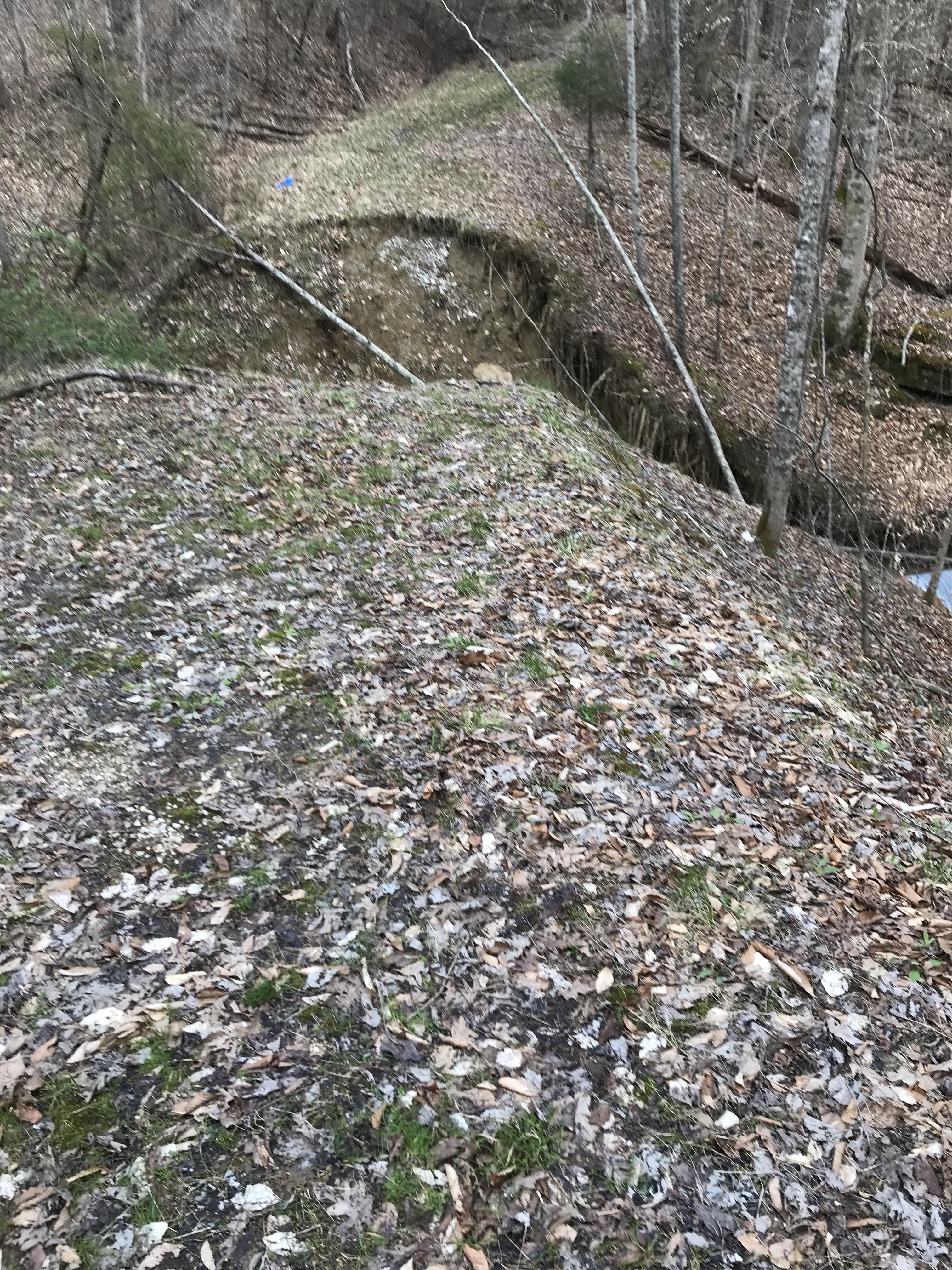 Several more miles down the road, we had not found the trail, any blazes, or any sign of anything we could recognize on the map. It was getting late, daylight was fading, and our energy was waning along with our food and water supply, which was ironic because of how wet it was, and we were this far from the lake because of the water blocking the trail.

We finally found what we thought was a power line that was marked on the map, and we got our bearings, at least we hoped. We made our way in a new direction, bushwhacking across a mile of woods to what looked like a trail. A short time later we found a Sheltowee Trace Trail marker. 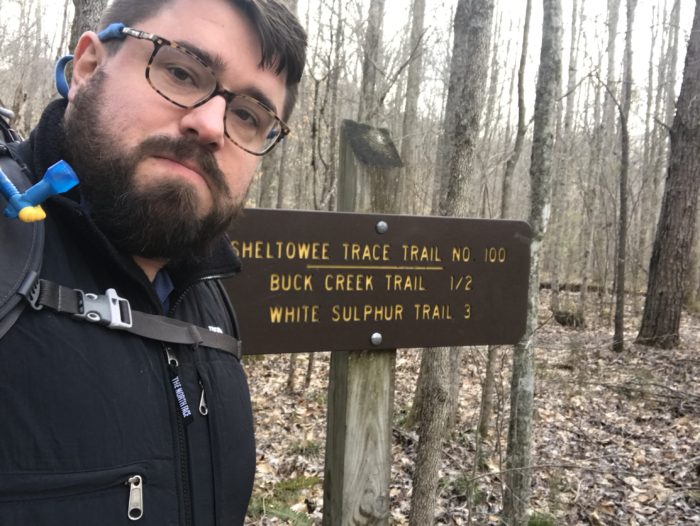 We had never been so happy to see a trail marker or set up our tent to sleep in the cold as we were that night. We had hiked twice as far as we had expected, in much worse conditions than planned for, and spent most of the day feeling lost and disoriented.

Overall it was one of the most memorable days I’ve ever had hiking.

Investor, Writer, and doting husband to Ms.Coco and our puppy Norman G Bates. We also try to spend lots of time in the outdoors between al the reading and writing we do.