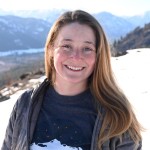 Embarking on a long-distance hike is one of those things that you can never fully picture in advance; you won’t know what you’re in for until you’re in it. But once you’re in it, the lessons starting piling up like hotcakes! I’ve been on the Long Trail for about a week, and here’s what the trek has taught me thus far (emphasis on “me” – these are not meant to be apply to all hikers) :

1. Don’t trust your day one thoughts

Your thoughts on day one will straight up lie to you. They will tell you that what you’re embarking on is madness, that it’s futile, that you don’t have “it” in you, and that you won’t make connections with other people on the trail. They will tell you that maybe you could do this if you were with someone else, but that you’ll never be able to do it alone. In short, your day one thoughts will tell you that you’re inadequate. Do not trust these thoughts; when you wake up the next morning you will find that a lot of them have vanished into the ether. Will they return now and again? Without a doubt – but they will have lost some of their potency.

2. If you’re going to buy “zero drop” shoes, KNOW WHAT THAT MEANS

When I strode into the gear shop a few weeks before the start of my hike, I had one particular pair of shoes in mind. You guessed it: Altras. I’d heard they were the top-rated shoe on the AT, and when I tried them on, I could tell why immediately: they were super comfortable! The salesperson mentioned they were “zero drop,” which I didn’t give much more than a passing thought. I knew that meant that they didn’t have the same amount of heal support as other types of shoes, but I didn’t know the implications that might have. Well, three days into the trail, I became intimately acquainted with the beast that is Plantar Faciitis. In a nutshell, it’s a tendon issue along the bottom of your foot that makes it feel as though you’re being stabbed with literally every step. In short, it is utterly miserable and all-consuming. It’s possible my PF was caused by the hefty knee brace that I was wearing for the first few days (which I’ve since ditched), but it’s also entirely possible that is was caused by the shoes, since the “zero drop” style is apparently notorious for causing PF. I have a plan of attack for the next section, involving better stretching and a recently purchased massage ball, and I have my fingers and toes crossed that this doesn’t become a trail-ender. I’m stubborn and determined, but I also don’t want to inflict undue or irreparable harm on my body.

4. You rarely get to pick the soundtrack in your head

Have some favorite genres? Great! Too bad you won’t get to pick ’em. Songs will come in out of your noggin’ without a singular rhyme or reason. Hate the song you’re on and want to hit “skip?” Good luck! That song is leaving when it wants to leave – what you want is not that tune’s concern. I’m looking at you, Doja Cat.

5. “Hiker hunger” does NOT set in right away (pack accordingly)

I brought WAY too much food for the first section. Like, an absurd amount of food (in hindsight). I expected to be famished by the first full day on trail, but this was decidedly not the case. In fact, I still don’t think “hiker hunger” has set in yet. I went out to dinner with my dad last night (my folks live in Vermont), and only ate half my burger! Bring normal portions for the first stretch, or else you’ll end up having to force yourself to eat food to the point of discomfort (either that, or the weight will stay on your back). As wild as it sounds, I suspect I may have actually gained weight in these first six days.

6. You will inhabit a limbo zone in your evolution from normal civilian to “hiker trash”

I was contemplating potential trail names a couple days ago, but I felt that it was too soon to give myself one. I was still learning the ins and outs of the trail; both in terms of technical aspects and social norms. I decided that I still felt more like “Anna,” then the person she was probably becoming in the woods. But then, yesterday, as I sat at a parking lot waiting for a lift, Crocs on my stinky feet, eating jerky rolled up in tortillas with grubby hands, and looking decidedly worse for the wear, a young couple arrived in a Range Rover for a day hike. They looked at me and I looked at them, and in that exact moment realized that I was now in a limbo land between the “normal” world and the world of thru-hikers. And it was in that moment that I decided, that while I might not be full-blown hiker trash yet, it was no longer too early to have a trail name. So I went for it and gave myself one: Littlefoot (à la “Land Before Time.”). Apt, I think, for many reasons, including: my stature (5 foot), my foot issues, and the fact that in the movie, Littlefoot gets cast into a misadventure through which he manages to persevere by following his heart.

And there ya have it! Six things I learned in six days on Vermont’s Long Trail. Happy hiking and cheers to the unknowns!

I always thought thru-hiking was something that other people did, until it struck me one day that the notion that thru-hiking is "beyond me" is completely made up in my noggin. So I'm embarking on the Long Trail this summer - to get myself out of an inactive rut in life, to reconnect with my home state of Vermont, and to see what questions the trail might answer. Here's to going into the unknown! P.S. I might post some videos about my adventure over on my YouTube channel: https://www.youtube.com/channel/UCY9JBn9OGKagxWQMFTidyjA.