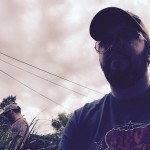 Sorry I have been away, I had a busy April. Also, the subscribe feature is working again.

It was a cold and wet morning as the sun rose over the Cades Cove Campground at the Great Smoky Mountains National Park. This did not bother me, as it did some neighboring campers I spied sleeping in their cars, since my Big Agnes Fly Creek 2 tent kept me dry and my UGQ 10 Degree Bandit sleeping quilt kept me warm. Excitement filled me as I boiled water for my instant coffee; and, no, the excitement was not for the coffee, but rather for what the day would bring.

Packed and ready to go, I drove through the beautiful scenery of the Cades Cove Loop and headed for the trail head of one of the park’s most popular trails, Abrams Falls. The weather was warming and I couldn’t help but roll down the windows and sing some of my favorite folk songs: “Roll in My Sweet Baby’s Arms”, “Pay Me My Money Down”, and, of course, “My Home’s Across the Smoky Mountains”. There was a smile on my face and a song in my heart. Well, several songs, but you know what I mean. 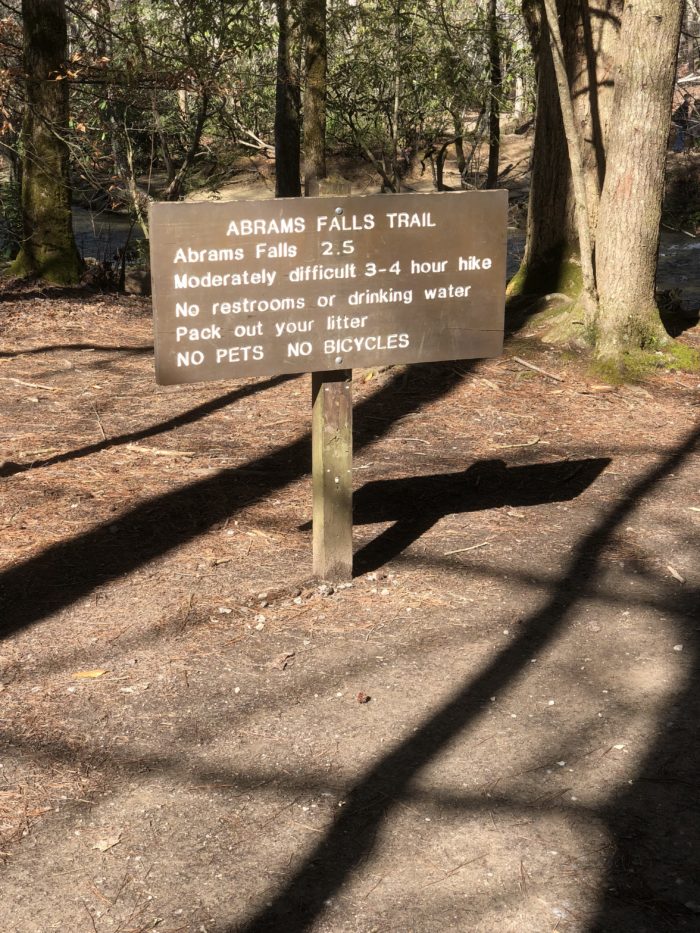 All the information you need.

It is a 2.5 moderately difficult hike from the trail head to the falls, and my plan was to meet up with another trail, Hannah Mountain, and eventually reach my campsite for the night. The trail goes along Abrams Creek and it appears quite lovely and peaceful. Well, it is an extremely popular trail, so your peace is easily disturbed. According to Hikinginthesmokies.com the total elevation gain is 675 feet with the highest elevation 1,758 feet. In a round trip hike, you would hike that twice, since the trail goes up and then down. I wondered how many people thought it was 2.5 miles to the falls and back, instead of 2.5 just to the falls.

The sun had brought beautiful weather as I trekked along. I briefly talked with an older couple who told me the falls were so beautiful that they hike here a few times a year. Being a Saturday and Easter weekend, the trail was extra crowded. The people-watching was almost as interesting as the beautiful natural sights. I saw a few people in heels and one man carrying a very large stroller (and I mean one of those strollers that looks like a mini-Winnebago). I am not one to judge; however, because I was probably getting more strange looks than anyone on the trail.

Being Weighed Down, Literally

Most people on the trail were day hiking. This meant most were carrying very little with them. The occasional person had trekking poles or a walking stick. I, however, was carrying a full backpack, and when I say full, I mean overflowing. It was Saturday and I was planning on returning from the back country on Thursday, so this was day one of a six day trip. What caused my pack to be overflowing was the food; I had at least six days’ worth, probably seven.

I dripped with sweat as my pack weighed me down. I was not able to hike at the pace I wanted and had to stop a lot more often than I wanted to. I really wasn’t sure what to do, and I couldn’t help but wonder, “What was I thinking?”. When I put my pack on I should have realized it was way too heavy. It most likely had a heavier load than it was designed to carry, but I had my plan and wanted to stick to it. I thought, “I’ll be fine, I’m just not used to the weight.” I think any experienced hiker would have told me that no one gets used to the weight I was carrying. 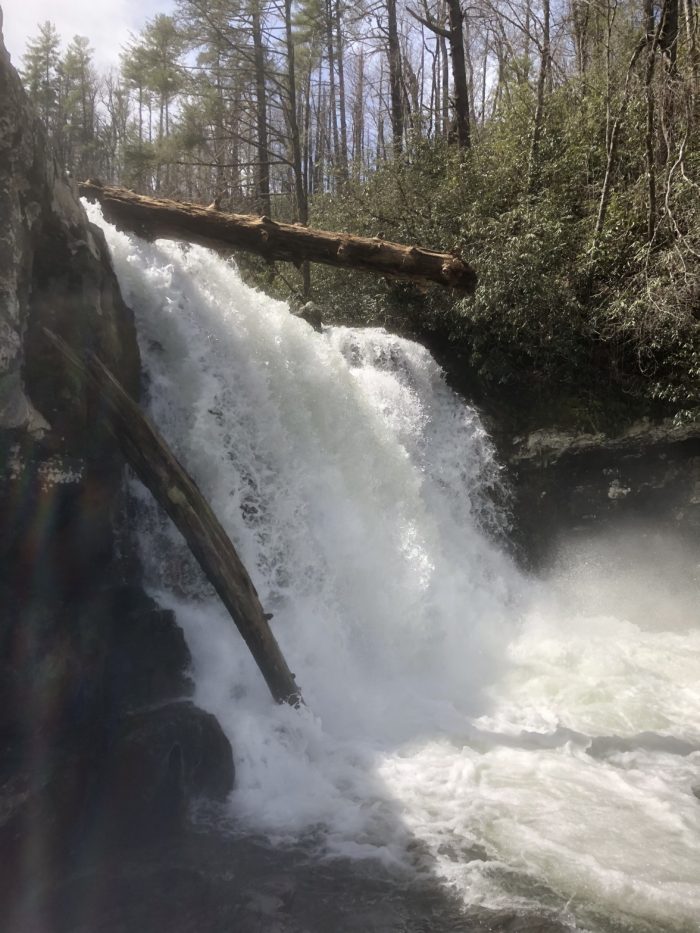 The beauty of the falls.

When I reached Abrams Falls, I found a spot away from the hordes of people, took my pack off, and sat and ate lunch. By this point, my ankles and knees were throbbing and sore and I had only been on the trail maybe ninety minutes. I sat there tuning out the people behind me trying to climb the side of the falls and soaked in the beauty of nature. I pondered what my options were. I could own up to my mistake and head back or I could press on and go forth with my planned trip. If I pressed on, I would still have this heavy pack and would be getting farther and farther away from anywhere I could get off trail. I decided my only real option was to head back and reassess my situation.

The hike back was a little more strenuous. I often stopped to rest because my pulse was beating so fast I thought it would explode out of my neck. I was covered with sweat from head to toe, and, sadly, breathing really heavy through my mouth. My ankles, knees, and back ached with pain as I pressed on. I knew this would be difficult, and I knew I would be sore, but the insane amount of weight I was carrying made it so much worse than I ever imagined.

When I reached my car I couldn’t wait to get my pack off. I sat there for a moment and couldn’t help but feel disappointed. My first attempt at backpacking ended up being a misfire.

Ultimate hiker Andrew Skurka said that his experience with backpacking food was riddled with mistakes, and that one should not expect to get it immediately right. My mistake took a toll on my body (one I would not fully realize until the next day), and I had to own up to it in order to be able to enjoy my trip. There were more days planned and I didn’t want one day to ruin everything.

As I drove away from the trail-head, wiser than I was before, I knew I needed to create a new plan and do a serious shakedown of my backpack before the day was out. I decided to focus on the positive-the beauty of the falls. How this simple, natural creation can still amaze people as it has for hundreds of years and hopefully will continue to for hundreds more. 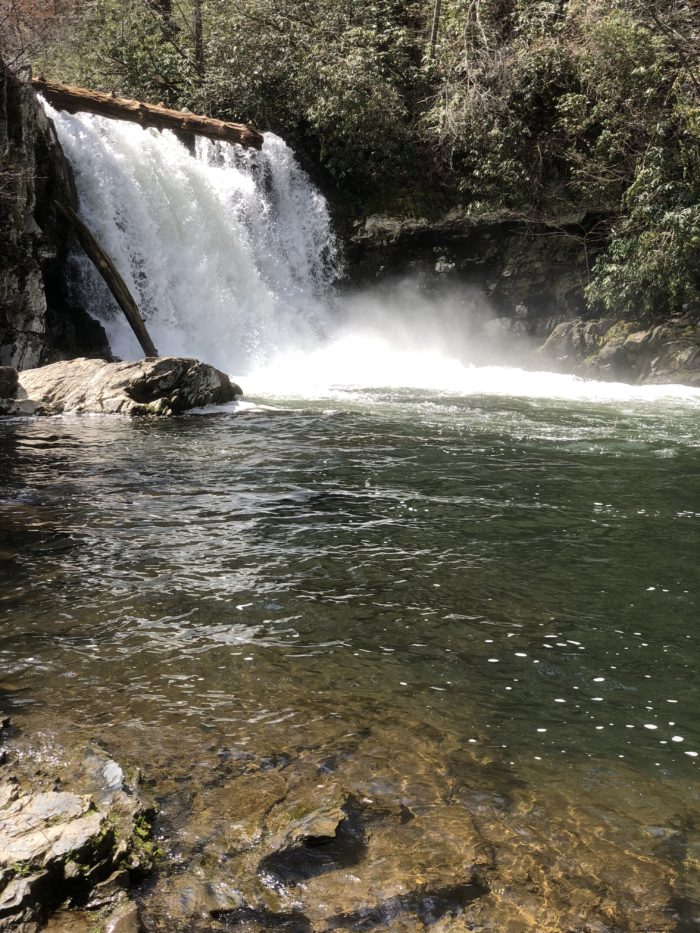 I'm a raisin in a bowl of grapes. This July I will start my first thru-hike by hitting the path of Vermont's Long Trail. I'm an overly anxious high school teacher in my mid-thirties from the south suburbs of Chicago. Eagle Scout returning to my roots in to the great outdoors after years of urban adventures. This will be a process of gear selection, physical training, and mental preparation, proving you don't need to quit your job, be in shape, or be completely mentally stable to be a thru-hiker. Also, jokes. There will be some jokes.