The day we ended up in our underwear, but not for kinky reasons. Before I get to that… 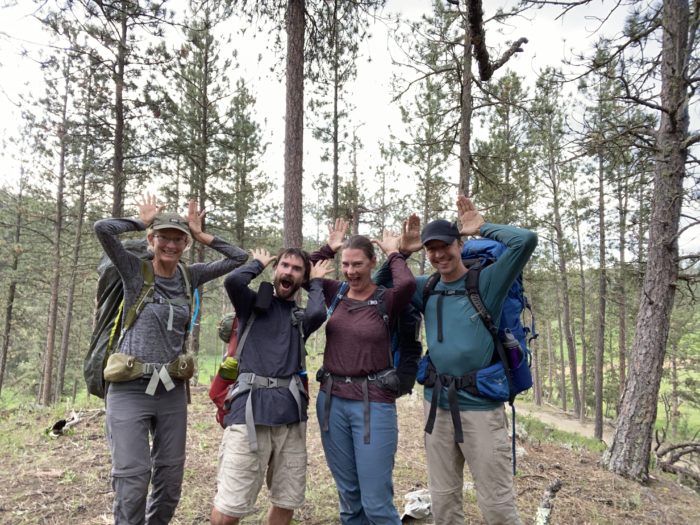 This morning we said goodbye to Brendan. He didn’t have time for the whole trail, but we were so glad he joined us for the first half! He headed to his car and we began a day full of ATV roads. It was easy walking so Mike & I picked up trash left behind by the ATVs. My favorite moment was when a group of butterflies joined us for a stretch. We stopped beside a creek for lunch and games.

We saw a lot more ATVs in the afternoon and passed near the town of Nemo. It was cloudy off and on all day, which we appreciated. When we were a mile from Dalton Lake, it started to sprinkle so we put on pack covers. Then it started to pour. We walked onward thinking it would let up in a few minutes, but the rain kept coming. I was thankful for my poles as the road grew muddy and slippery. We made it to the trail down to the lake and walked 10-15 feet, then Mike pulled out his tent’s rain fly and we got underneath with our packs. Careful maneuvering let us all sit down and pull the fly closer, then we waited.The storm would not let up. Jenessa and I slid into our rain jackets; Mike had his on already. Then we broke out of our makeshift tent and continued down switchbacks to Dalton Lake. I was drenched but the walking kept me warm. Soon the trailhead signage appeared, with a roof that made it into an open-air hut. 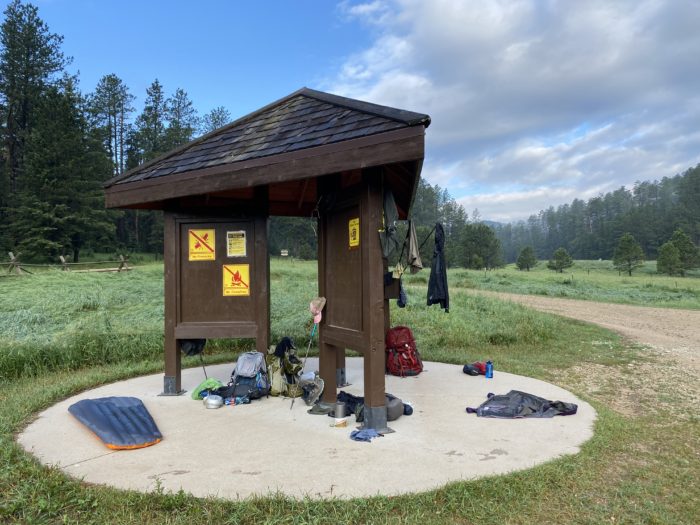 I proposed setting up our tents near the hut so we could open our packs in the dry area underneath. We worked as a team on Mike’s tent and when we got to the second tent it stopped raining. My pack was mostly dry under its rain cover. I put on a tank top and fleece, though all I had for my bottom half was underwear and sandals. It was similar for Jenessa and Mike. I felt happy to be dry and have a warm sleeping bag waiting for me. We hung our wet clothes on the trail signage and made a hiking pole drying rack. After we finished dinner, it started to sprinkle so we retreated into the tents. The rain continued off and on through the night.

I was dreaming when suddenly I heard a loud pop. We looked around the tent. It turned out a baffle in Jenessa’s air mattress had failed, changing the shape, though it still held air. Awhile later, we ventured outside. I hoped for sunshine that would dry our gear, but the sky was overcast. I ended up putting on wet clothing and shoes. It felt chilly, though moving around helped.

We planned to carry six liters of water each for the next 24 miles since Elk Creek was reported dry. The storm messed up our filtering plans so we visited the nearby campground. Unfortunately the water pump was broken, but the camp host had a stock of plastic water bottles from which we filled our bladders. Yay! I don’t think gravity filters are optimum for thru-hikes. Anyway, back to our gear where we put wet tents and lots of water in our packs.

The trail started out with a long uphill stretch. Soon I got too warm and removed my rain jacket. I noticed my pants were dry except the lower ends of the legs. It was a day of up and downhill climbs interspersed with ridge views. At lunch we dried our tents and shoes in strong sunshine. Mike is hiking the entire trail in Chacos so his feet were already dry. 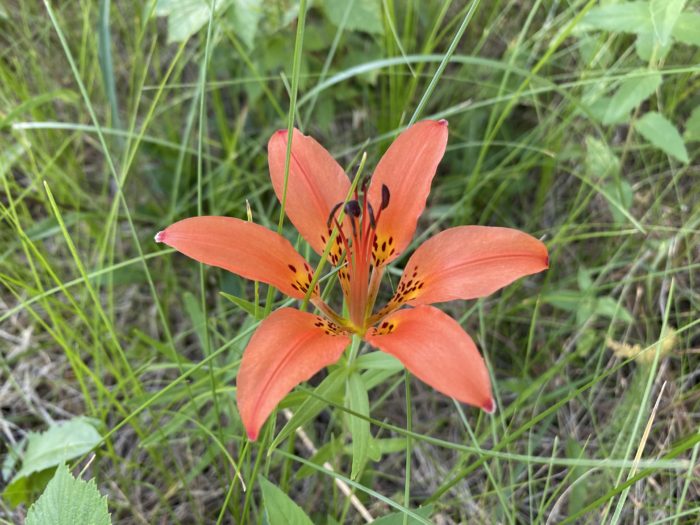 Near the latter part of the day we descended to Elk Creek. At the fifth crossing, the creek was actually running so we grabbed two liters of dirty water. Mike lost some due to leakage of one bladder and accidental spillage from a Nalgene. We made camp a short time later next to the Elk Creek trailhead. It was the first day I felt out of energy, due to the heavy carry and a sleep deficit.

While setting up our tents, a local resident drove by in his ATV. He stopped to ask questions and told us about a great canyon viewpoint up the road. He offered a ride there and back in his ATV. It was odd to travel so fast after a week of walking. I watched the scenery fly past while our guide told us about the area. The view was amazing as promised. We could see into the canyon we hiked earlier, but there were stunning cliffs we could not see from below. The tiny specks of birds wheeled about in the early evening sunshine. 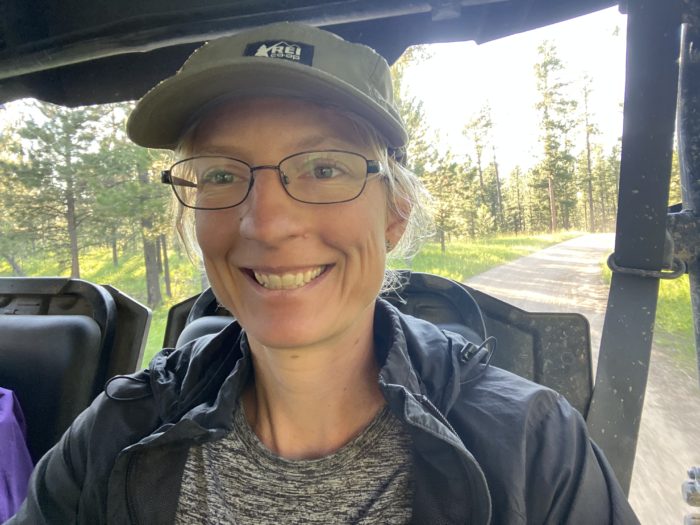 At camp we celebrated 100 miles of walking with a delicious tiramisu pudding and gluten free vanilla wafers.